This Raw Vegan Apple Pie with Cinnamon-Pecan Streusel will please all apple pie lovers, vegan or otherwise. A rich, sticky mulberry crust is filled with a saucy, date-sweetened apple layer. The finishing touch? Sweet cinnamon-pecan streusel (and a dollop of coconut whipped cream, if you're feeling fancy). 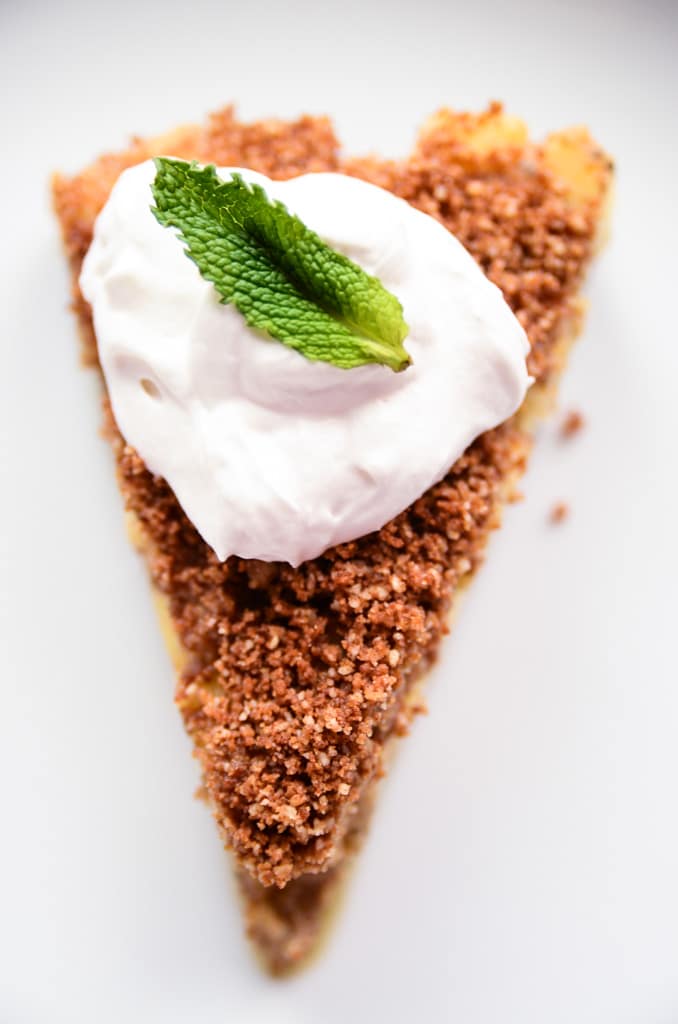 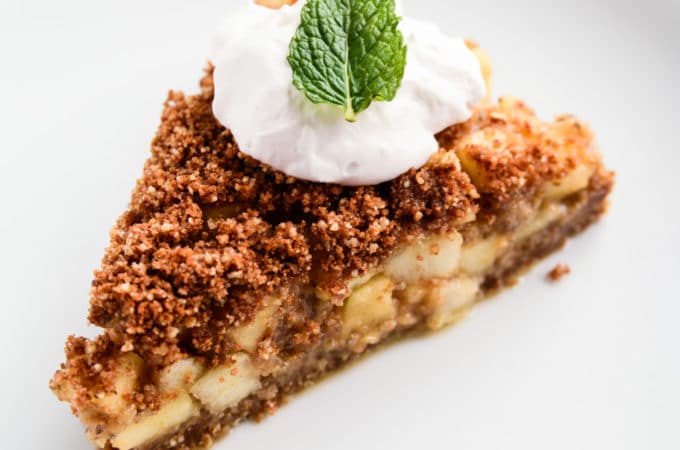 And who doesn't want to sink their fork into that slab of deliciousness?

I've mentioned it before, but sometimes recipe ideas pop into my mind at the strangest of times. Sometimes while in yoga poses, other times while drying my hair in the morning, but most of these random "idea zaps" rouse me from a sleepy slumber in the middle of the night.

This raw apple pie idea was no exception to that trend, and I was awake enough to jot down a groggy note on my phone before falling back asleep. The note read: apple pie, raw cubes, saucy, crumble dates/mulberries. My sleepy note-taker self is concise, albeit a bit nonsensical. If you were to look through my other mid-slumber recipe notes, you might suspect I was writing cryptic messages. It's like a less-sophisticated, inadvertent Da Vinci Code up in there.

Okay, back to PIE. 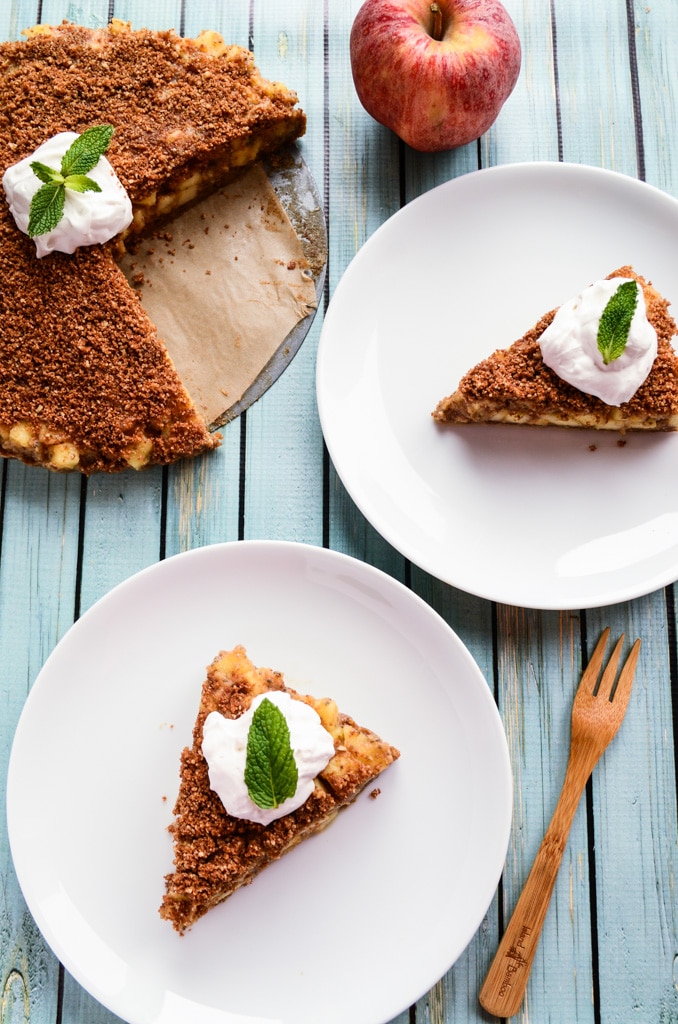 Although this pie is raw and vegan, it's not only for the health-food seekers. This dessert will impress any apple pie lover because it is so incredibly flavorful and full of amazing texture. And the cinnamon-pecan streusel? There are no words for that goodness. The part about it being packed superfoods and other vitamin-rich goodies? Well, that will be our little secret.

The crust in this pie is made by pulsing together dried mulberries, medjool dates, raw walnuts, fresh vanilla bean, and cinnamon until you have a crumbly, sticky mixture. Then, you'll add the mixture to a tart pan and form it into a crust.

The apple layer is created in two steps. For the first step, you'll add two peeled and cored honeycrisp (or other firm, sweet apple) to your food processor along with dates + cinnamon and process the combination into a smooth mixture. Then, you'll stir in chia seeds, which will help thicken and lend a texture that is more comparable to cooked apple pie filling. For the second step, you'll cube three more apples and toss them with the apple-date mixture to create your apple pie filling.

The last layer is ridiculously tasty. A sweet streusel is created by pulsing together raw pecans, coconut sugar, a dab of coconut oil, and cinnamon. To assemble your pie, you'll fill your crust with the apple mixture and sprinkle the streusel on top. After an hour of set-time in your freezer, it's time to sink your fork into the most delicious raw apple pie ever. 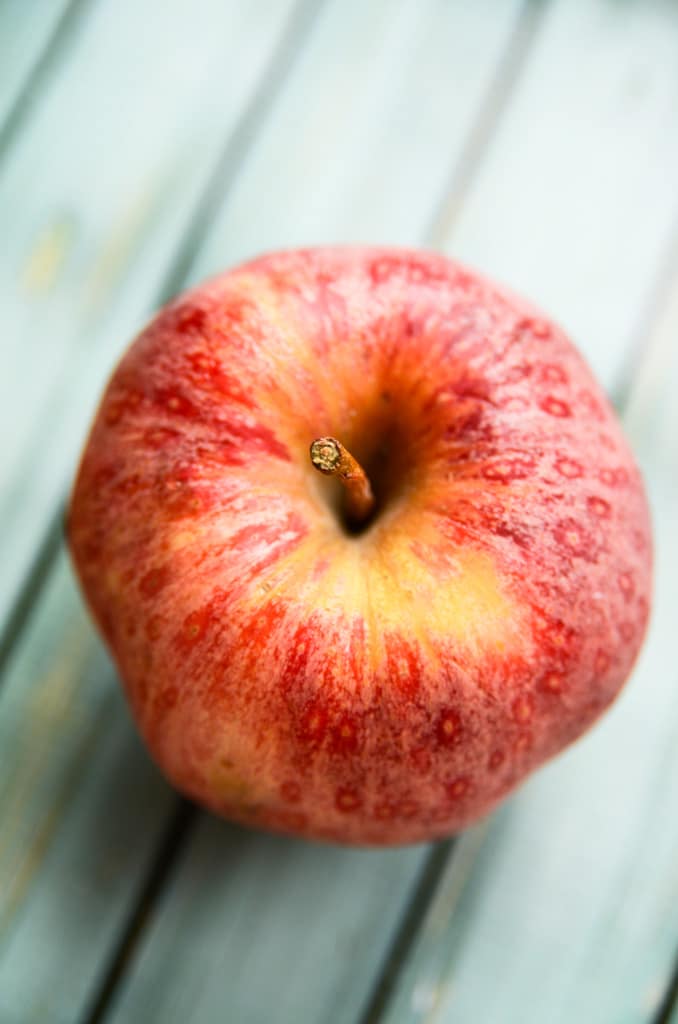 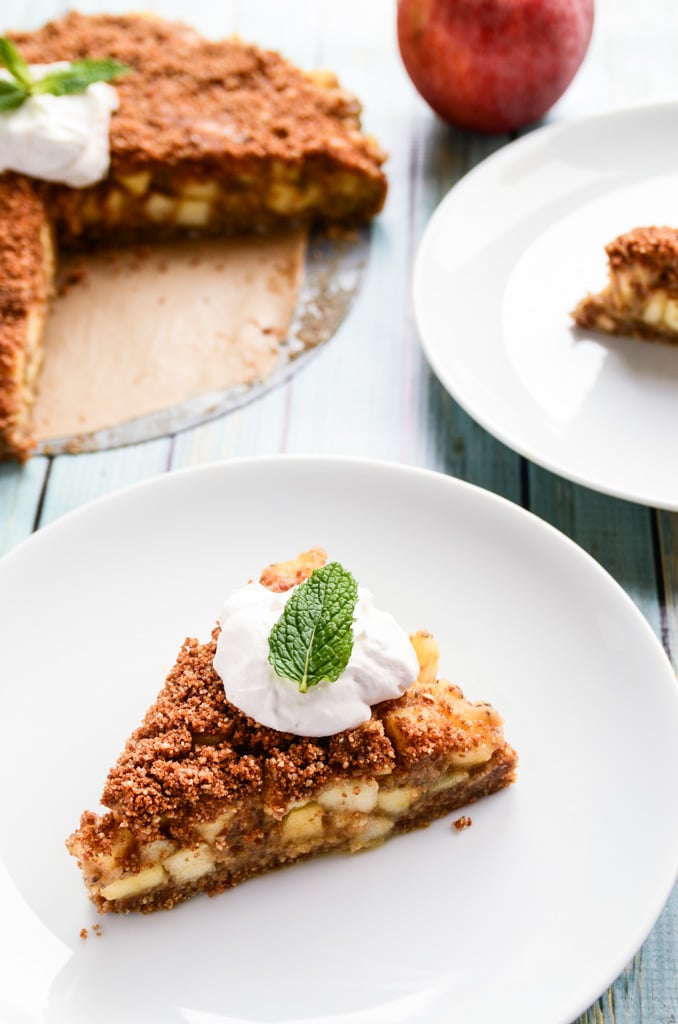 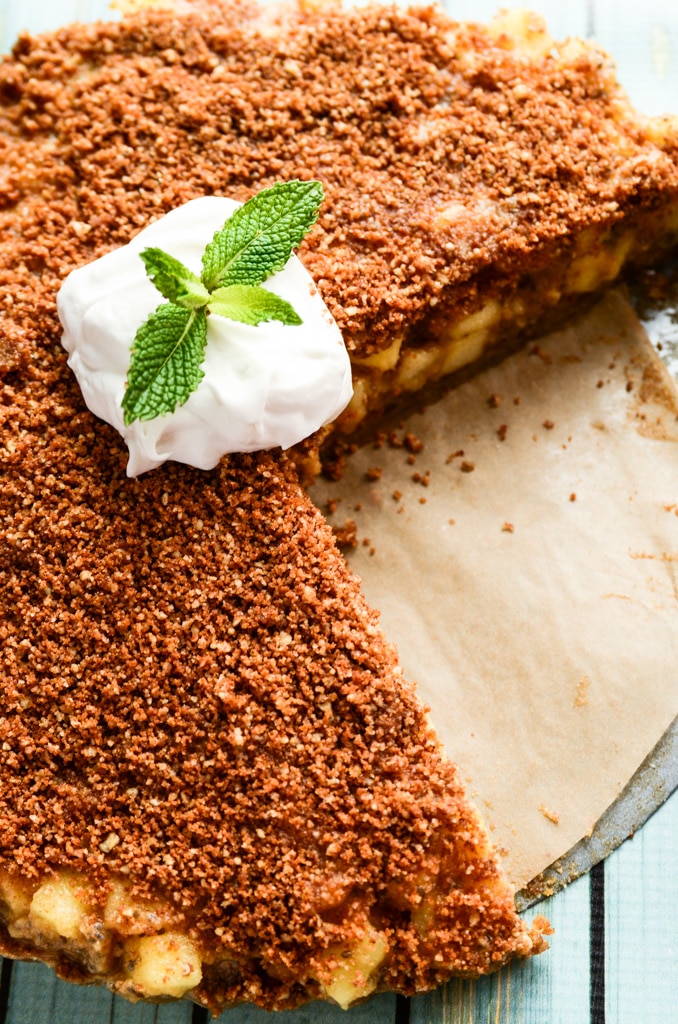 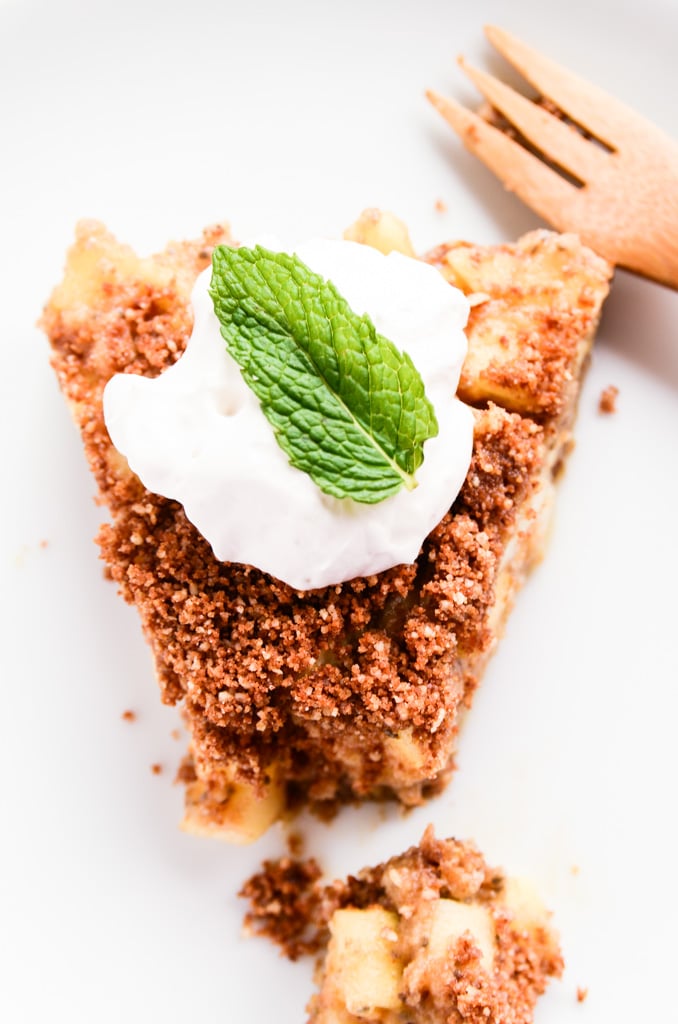 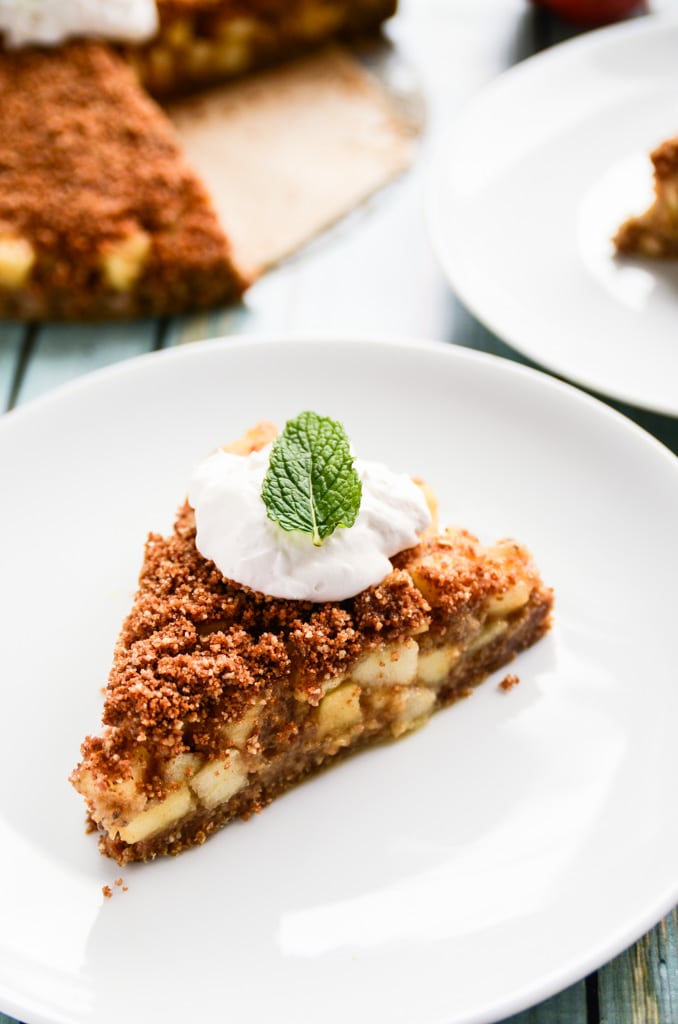 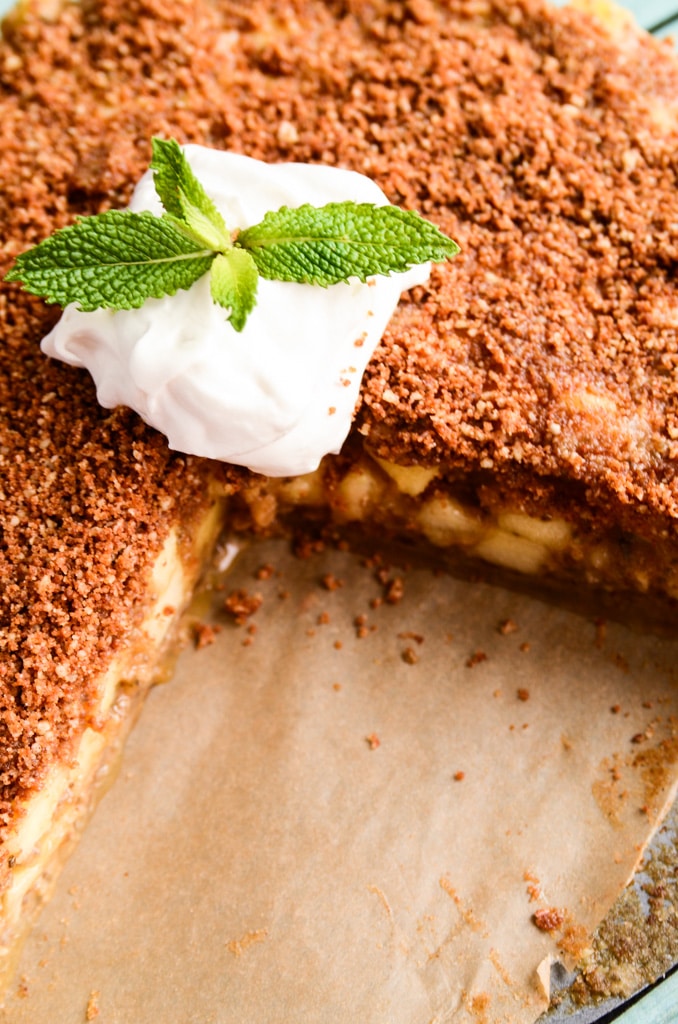 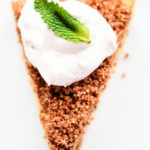 For the Apple Filling

To Make the Crust

To Make the Apple Filling

To Make the Cinnamon-Pecan Streusel

To Assemble the Pie