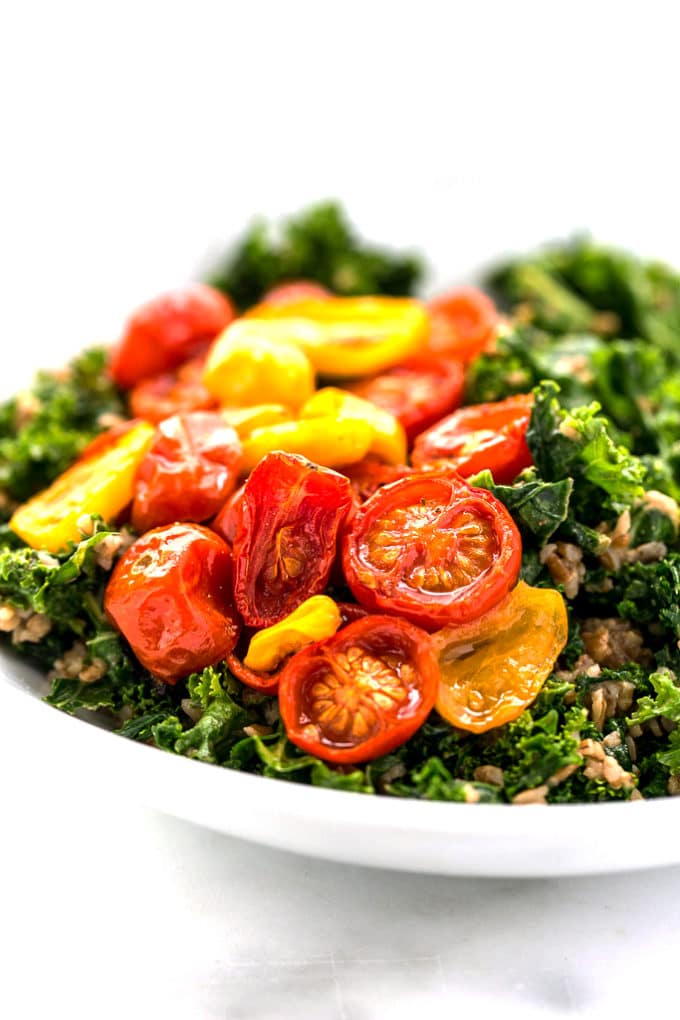 I've been on a roasted tomato kick for the last month, and I can't seem to shake the craving. In addition to vibrantly decorating the surface this salad and lending an eye-catching pop of color to the pasta recipe I shared a couple weeks back, roasted tomatoes have been gracing many of my weeknight meals with their presence. And I don't see this roasted tomato trend falling away from my dinner routine anytime soon, because I just can't quit it.

I initially threw together this salad on a hunger-fueled whim. I had no intentions of sharing it here, but it turned out to be one of those happy kitchen moments when a last-minute meal turns into something worthy of chatting about. So after making it twice more and declaring it one of my favorite kale salads, I started to feel like I was holding out on you.

So without further ado, here it is in all of its marinated, veggie-licious glory... 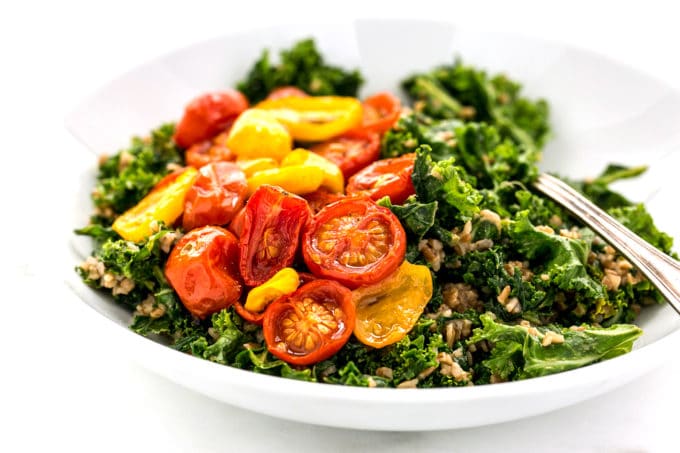 To make it, you'll start by roasting the tomatoes.

Simply toss a bunch of halved cherry and/or grape tomatoes with a dainty drizzle of olive oil and a generous pinch of sea salt, spread 'em out over a lined baking tray, and roast for 20-ish minutes until they're golden, wrinkled, and tender. 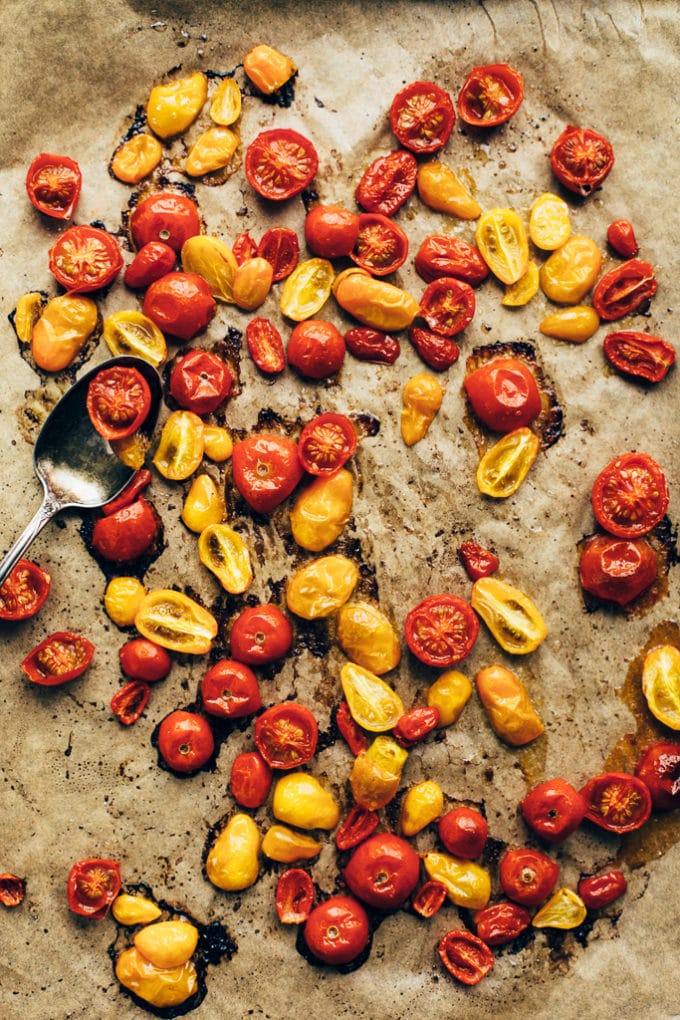 While the tomatoes are roasting, you'll cook up a bit of bulgar wheat. Bulgar is a whole wheat grain that has been cracked and partially cooked, and it's most commonly known for its starring role in Tabbouleh. To keep this recipe gluten-free, feel free to use quinoa instead.

As the bulgar cooks, thoroughly wash the kale (if you need a reminder why this is an important step, take a gander at this post) and whisk up the balsamic marinade. The "marinade" is made with four ingredients: balsamic vinegar, tamari/aminos, tahini, and pure maple syrup.

Once the marinade is ready, pour it over the torn kale leaves, roll up your sleeves, and get massaging. Between the acidity of the balsamic and the massaging, the kale begins to soften and gently wilt as it soaks up the marinade. Then, add the cooked bulgar and toss.

Divide the salad between bowls and top with the roasted tomatoes. You can also toss the tomatoes into the salad, but I love the look of those orange and yellow tones skimmed across the surface. 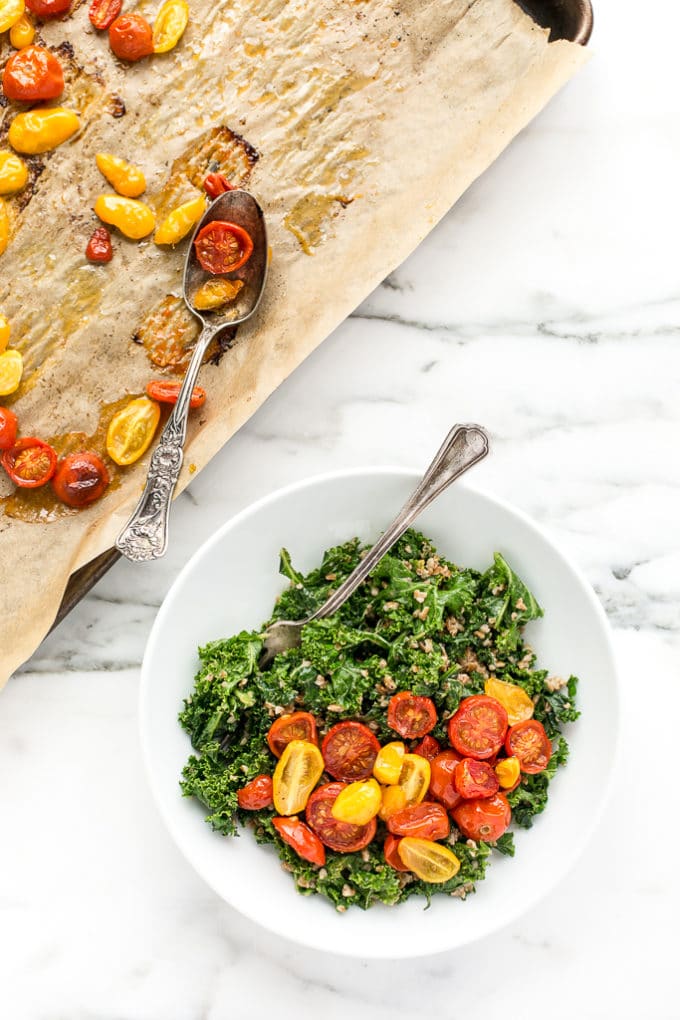 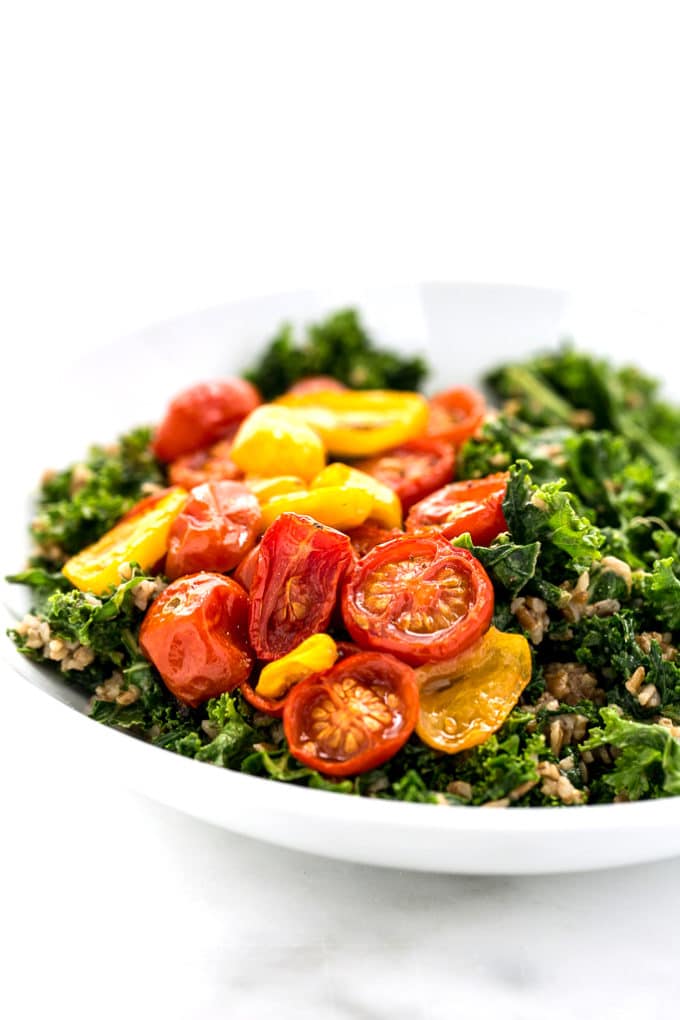 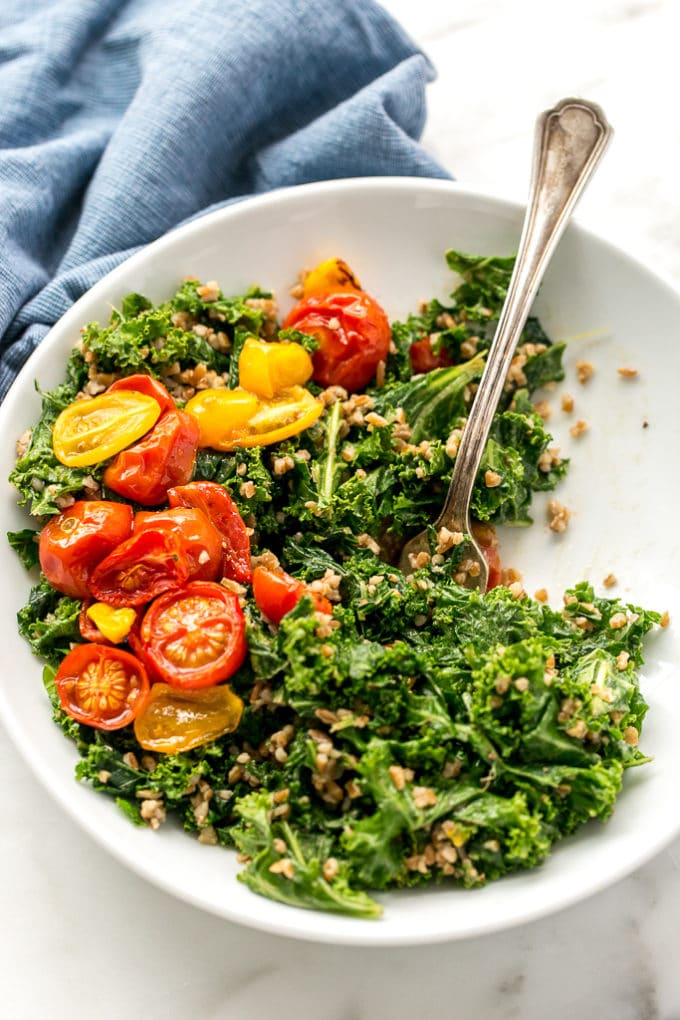 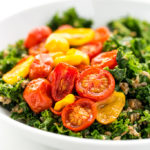 For the Roasted Paprika Tomatoes

For the Marinated Kale Salad

*To keep this recipe gluten-free, feel free to use quinoa instead and cook according to package instructions.