This vegan walnut-lentil chorizo is rich with flavor and incredibly versatile. It can be tucked into tacos, burritos, tamales, power bowls, etc. 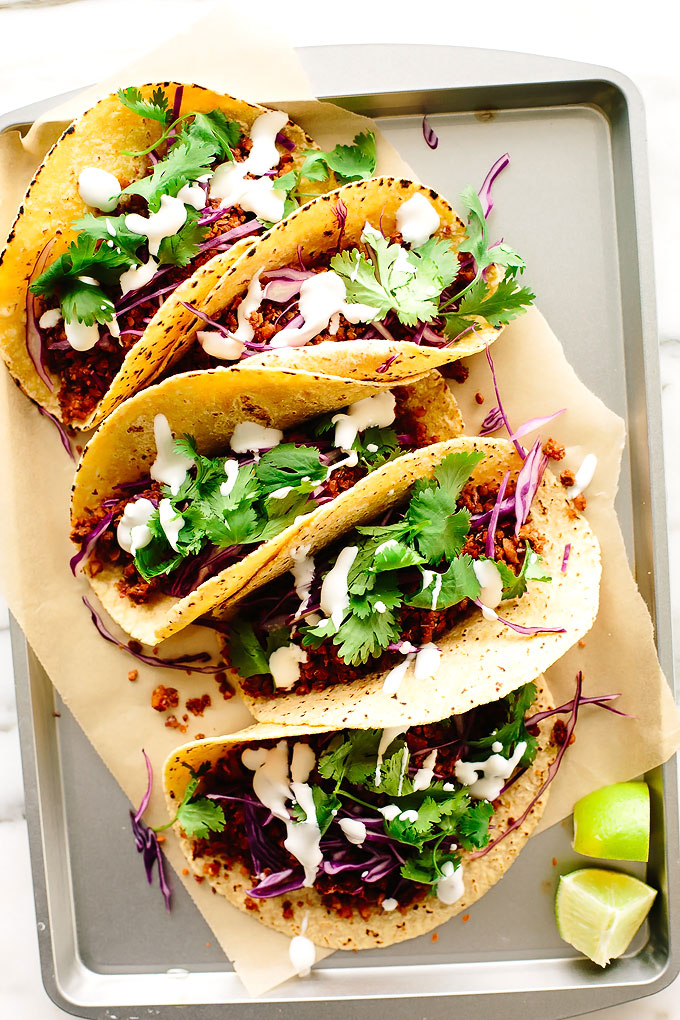 September might be hinting at fall, but I'm still feeling the bright summer food photography.

Little splash of green, little pop of purple, lots of sunshiny light. Gimme all that goodness and wrap it up in taco-y packages that I can carry with me into the cooler weather months.

Before we proceed much further into these summer taco photos, I should mention that this particular recipe isn't actually for tacos per se. It's for a delicious, super versatile vegan chorizo filling that can be tucked into all sorts of edible vessels (e.g., tacos, burritos, tamales, etc.), strewn over salads, or even enjoyed on its own with a topping or two.

I have a feeling this one's going to become a go-to staple in your plant-powered lineup. 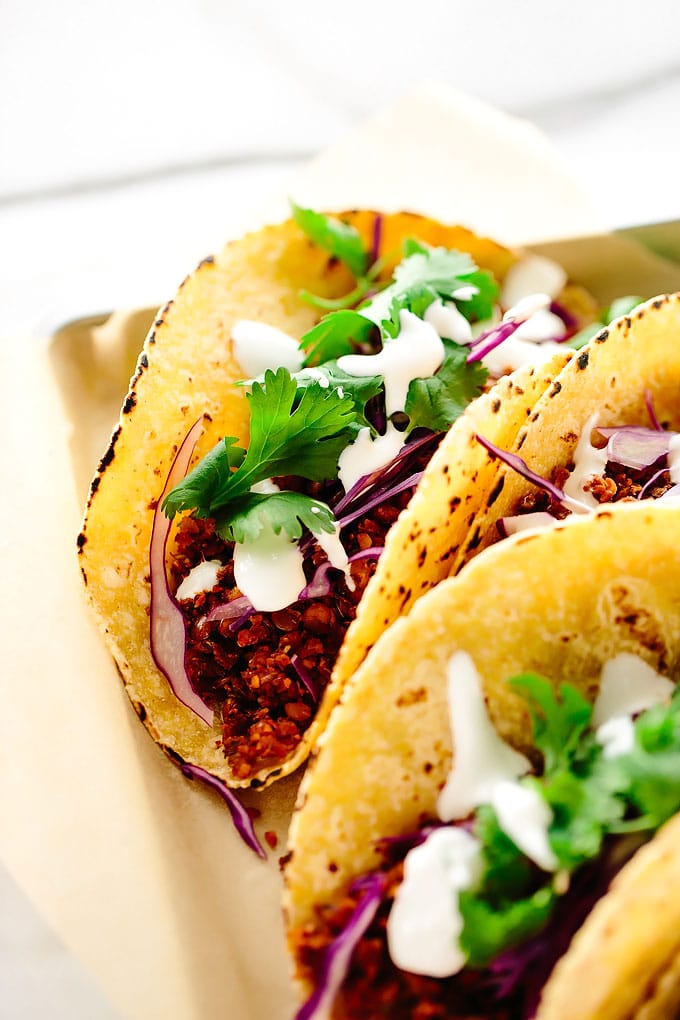 This recipe is a lentil- and walnut-packed play on the cauliflower and sun-dried tomato chorizo I shared several years ago. The same lineup of spices is used, only this version has way more protein and is also far easier to make.

So, how do you make this vegan walnut-lentil chorizo?

You start by cooking up a half cup of brown lentils. Brown lentils are a bit smaller and heartier than green lentils, and their texture is perfect in this recipe. In a pinch, I'm sure green lentils will do the trick, too, but do try to find brown if you can.

While the lentils cook, you'll add all the other ingredients to a food processor, including sun-dried tomatoes, raw walnuts, and a whole host of spices.

Once the lentils are ready, strain off any excess water and add them to the food processor, too. 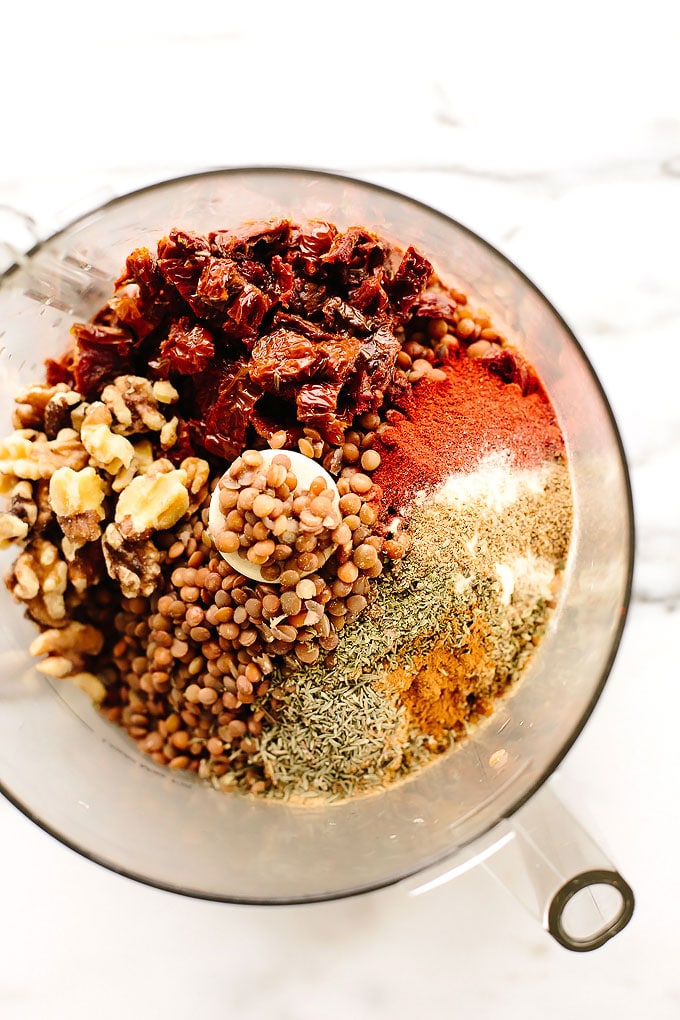 Then, pulse several times to breakdown the walnuts and lentils and thoroughly mix all the spices into the base. 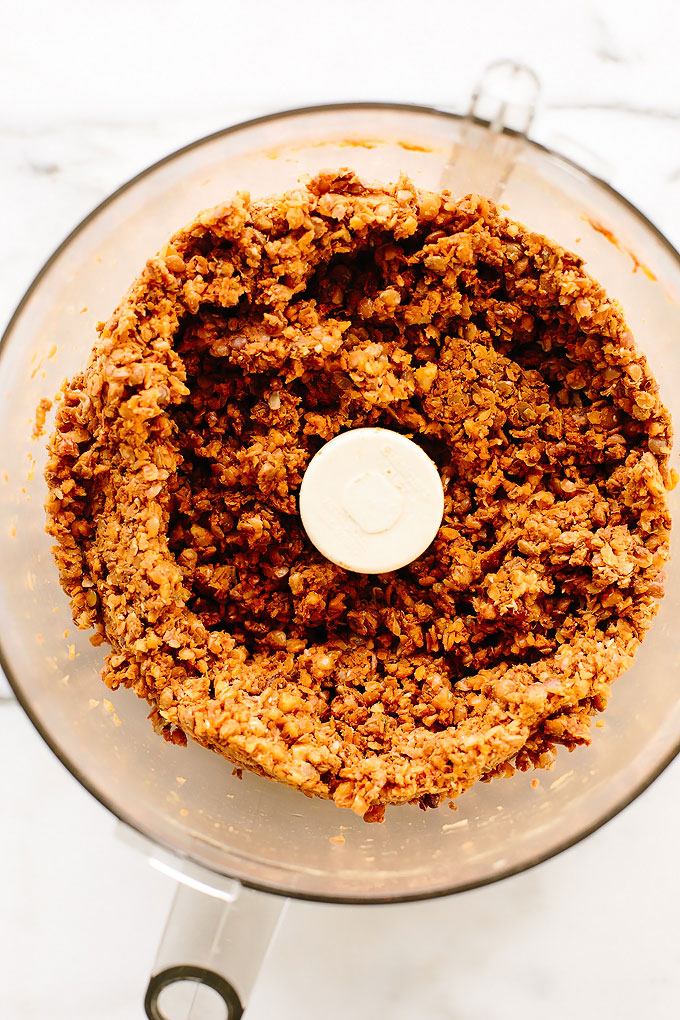 During the first trial of this recipe, I sautéed the mixture in a bit of olive oil for several minutes, but I found that it didn't add much to the flavor and actually put the chorizo at risk of drying out.

In later trials, I dropped the sautéing and enjoyed the chorizo straight from the food processor. Way easier and way more reliable. Another win-win scenario. 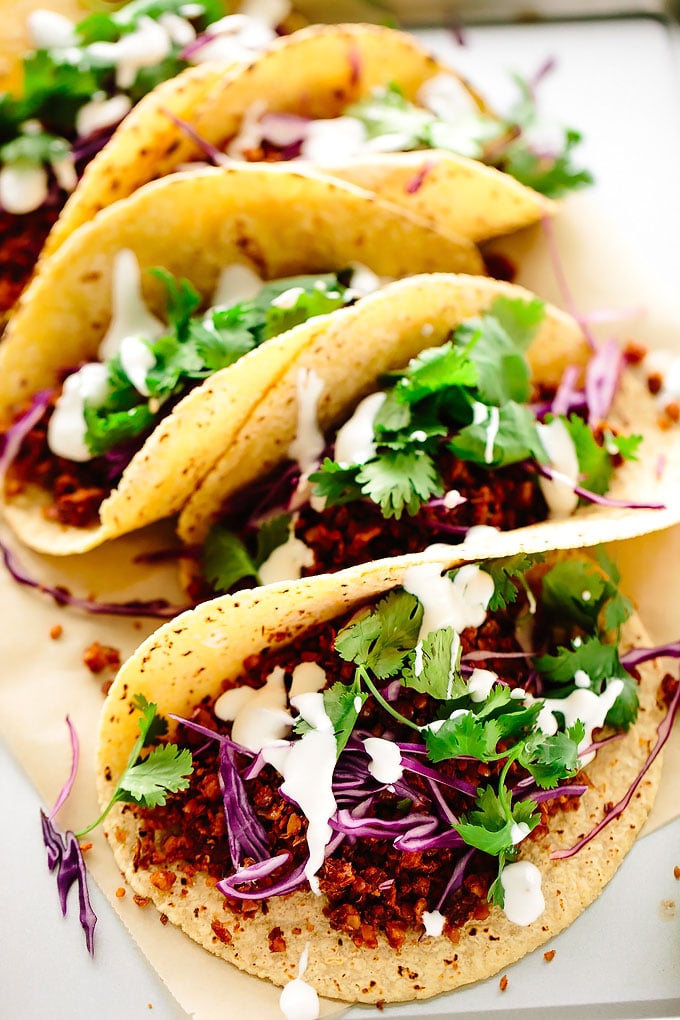 As mentioned above, this simple vegan chorizo is incredibly versatile.

Tuck it into tacos with a bit of cabbage, cilantro, and vegan sour cream as featured in the photos. Tuck it into burritos with sautéed peppers, guacamole, pico de gallo, lettuce, and black beans. Fold it into tamales.

You get the idea.

This is your flavorful kitchen adventure, the chorizo is merely along for the ride. 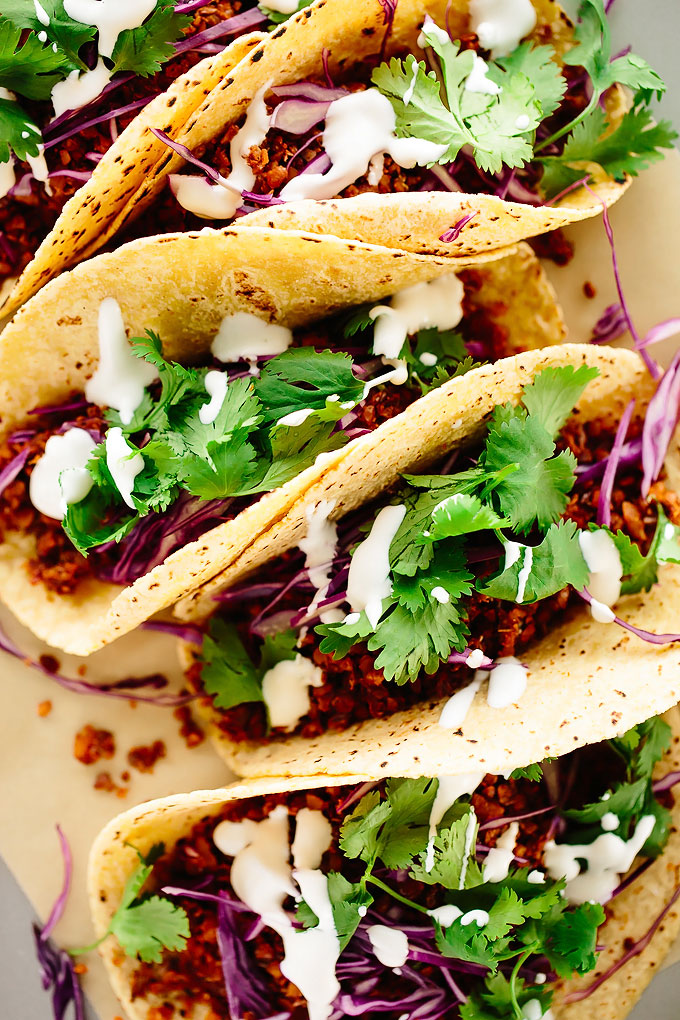 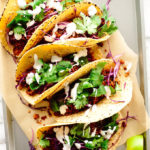