These vegan chorizo breakfast tacos are spicy, savory, warm, filling, and incredibly satisfying. The chorizo itself is made from a combination of grated cauliflower, sun-dried tomatoes, and a handful of spices. For real. 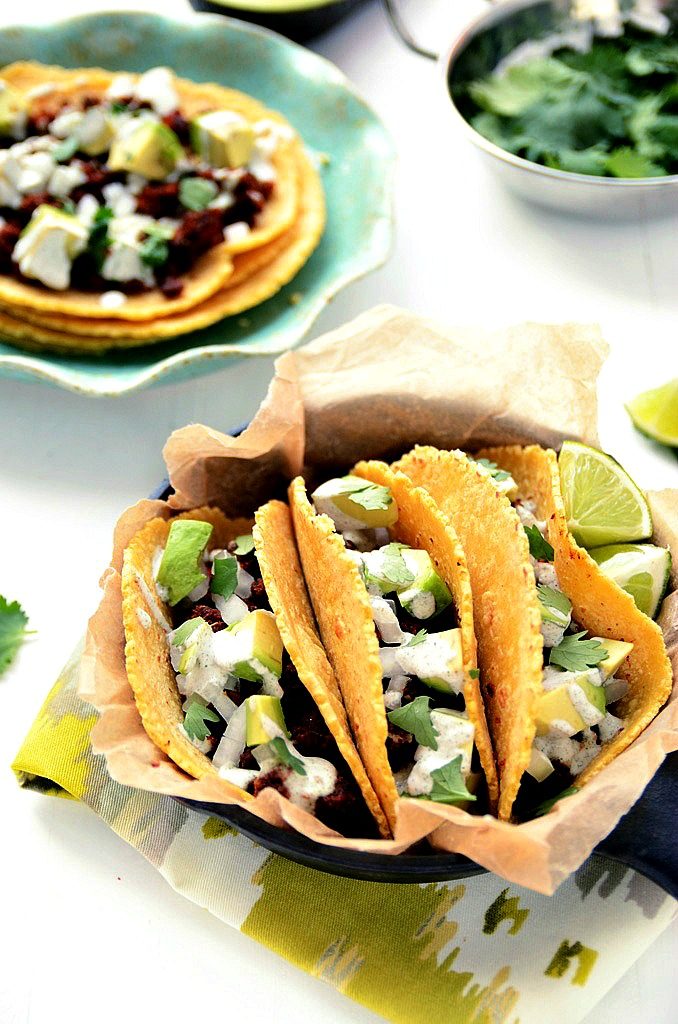 Originally, I had planned to make lentil chorizo breakfast tacos, but the idea of swapping lentils for cauliflower popped into my head while I was driving home from work one day. I figured it was a long shot and would likely result in huge flop that I would have to re-work over and over again until I eventually threw in the towel, but it was worth a try.

By some sort of vegan cooking miracle, this cauliflower chorizo came together on the first try, and I about fell over when I tasted it. It has the tender, non-chewy texture of chorizo, and the spices offer a rich, complex, and savory flavor profile just like the real thing.

To make the filling, cauliflower florets are finely grated by hand or in a food processor. Then, sundried tomatoes that have been packed in oil are pulsed into the mixture to add texture and heartiness. A whole bunch o’ spices are tossed together in a bowl, and then the cauliflower and sundried tomato mixture gets folded into that spicy goodness. You’ll massage the spices into the cauliflower mixture with your hands, and I’ll be completely honest: it resembles raw ground meat in terms of texture and look (see below). Both strange and fascinating at the same time.

After you’ve mixed the spices in, you’ll heat a bit of olive oil in a large skillet and add the mixture into the pan. You’ll cook the “chorizo” for 30-35 minutes until it’s crumbly and browned. Much of the liquid will cook out of the crumbles, but you want to maintain some moisture. Rather than a chewy or crunchy texture, you’ll be left with moist — again, this word makes me anxious — crumbles that are full of flavor. 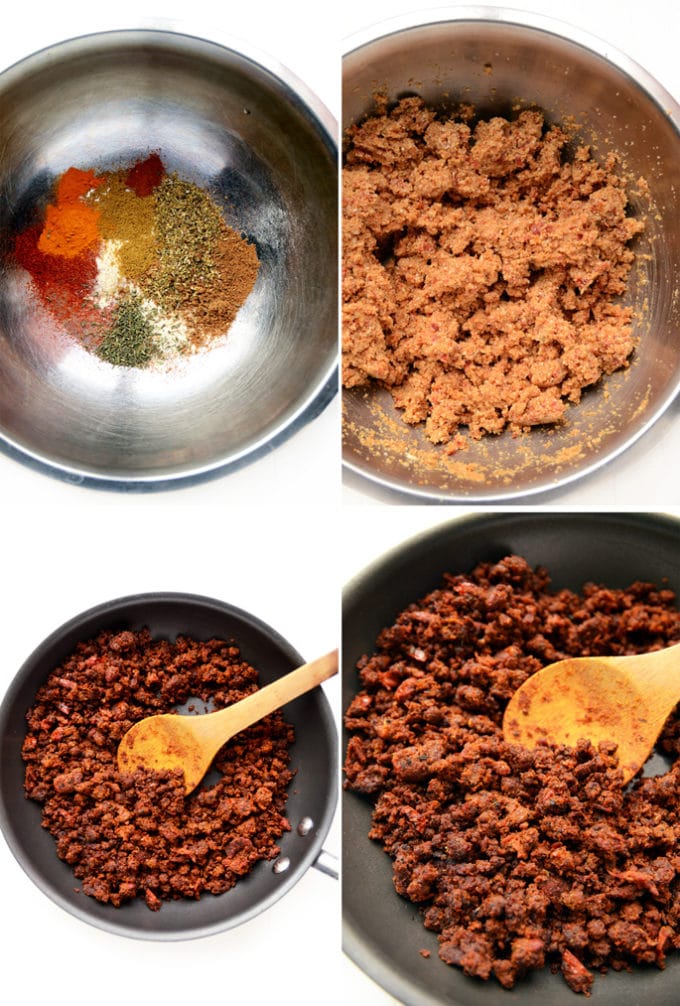 To serve these tasty breakfast tacos, you’ll scoop the cauli-rizo into warm corn tortillas and top with a bit of onion, avocado, hemp seed sour cream, cilantro leaves, and a spritz of fresh lime juice.

I can’t quite get over these breakfast tacos. They’re my new favorite Sunday brunch food, and I’m in love with the layers of spices in the cauli-rizo.

These tacos take the word “satisfying” to a whole new level. Yum. 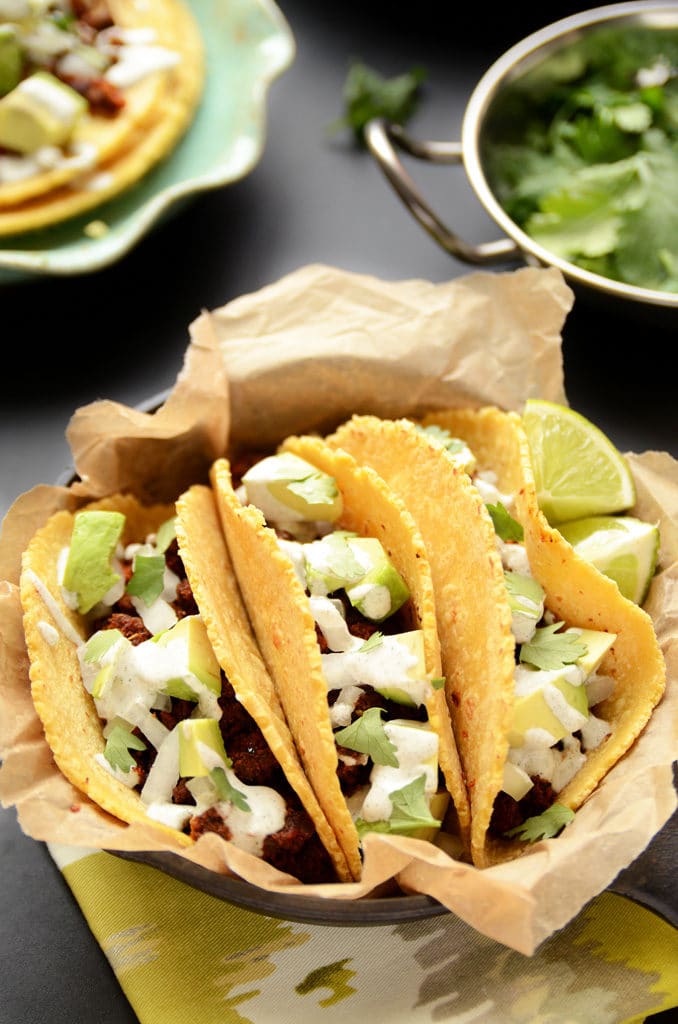 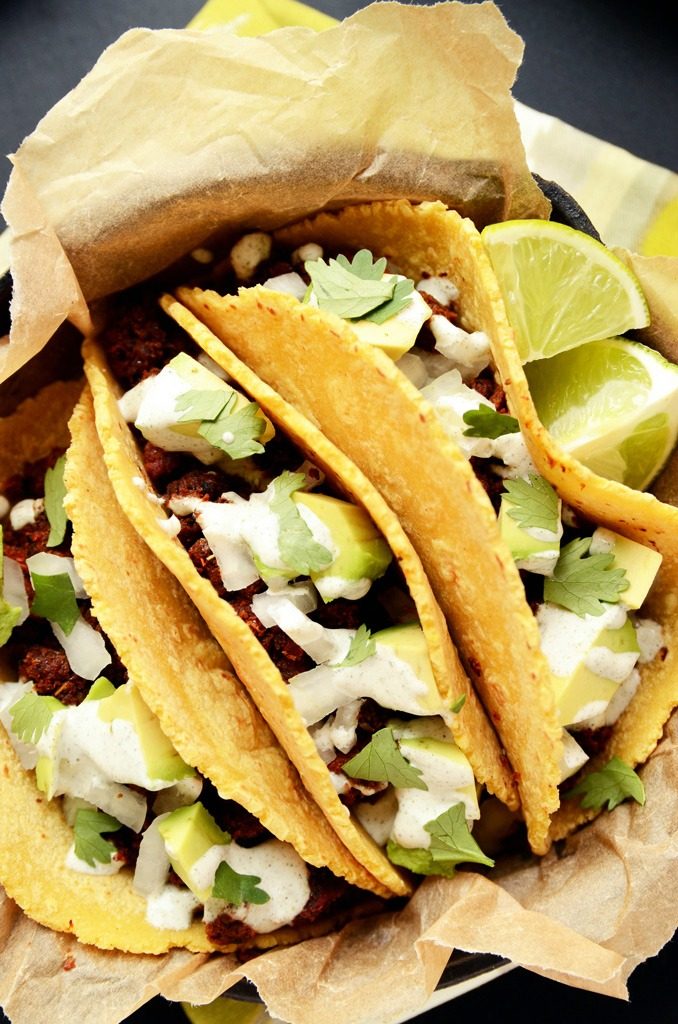 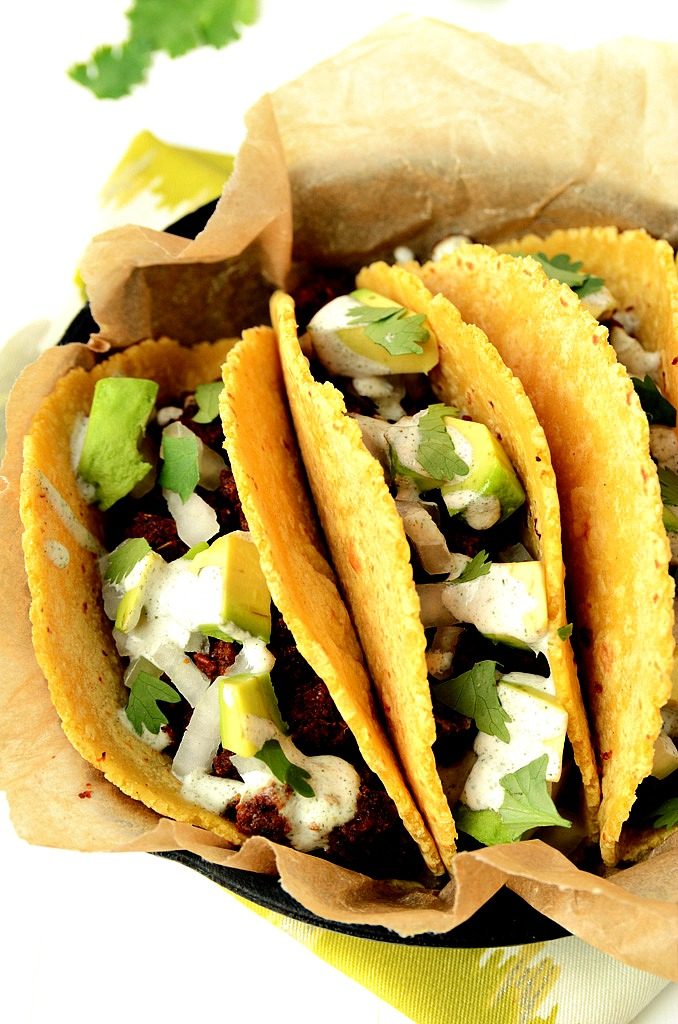 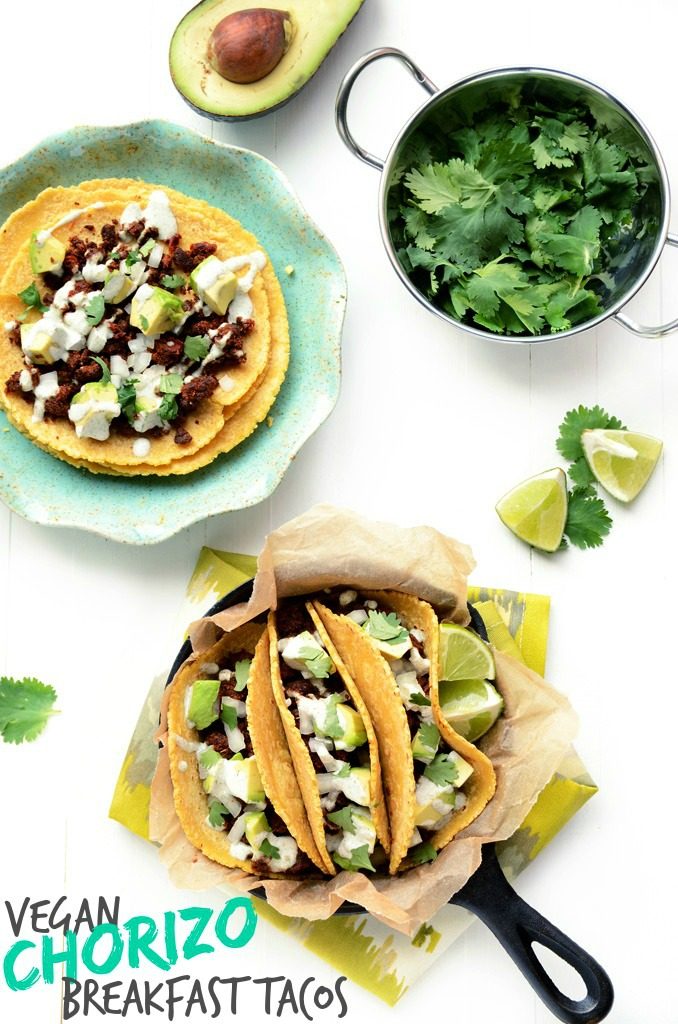 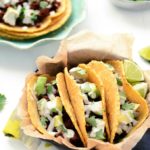 For the Cauliflower Chorizo

For the Hemp Seed Sour Cream

To Make the Cauliflower Chorizo

To Make the Hemp Sour Cream

To Assemble the Tacos

*You can substitute pre-made vegan sour cream for the hemp seed sour cream if you prefer.

Thanks for Stopping By!