This simple vegan two lentil Dahl requires only easy-to-find ingredients and little more than a few chops and several stirs to make. It's the perfect protein-rich meal to prepare on a Sunday and enjoy throughout the week, and it can easily be doubled or even tripled and then frozen. 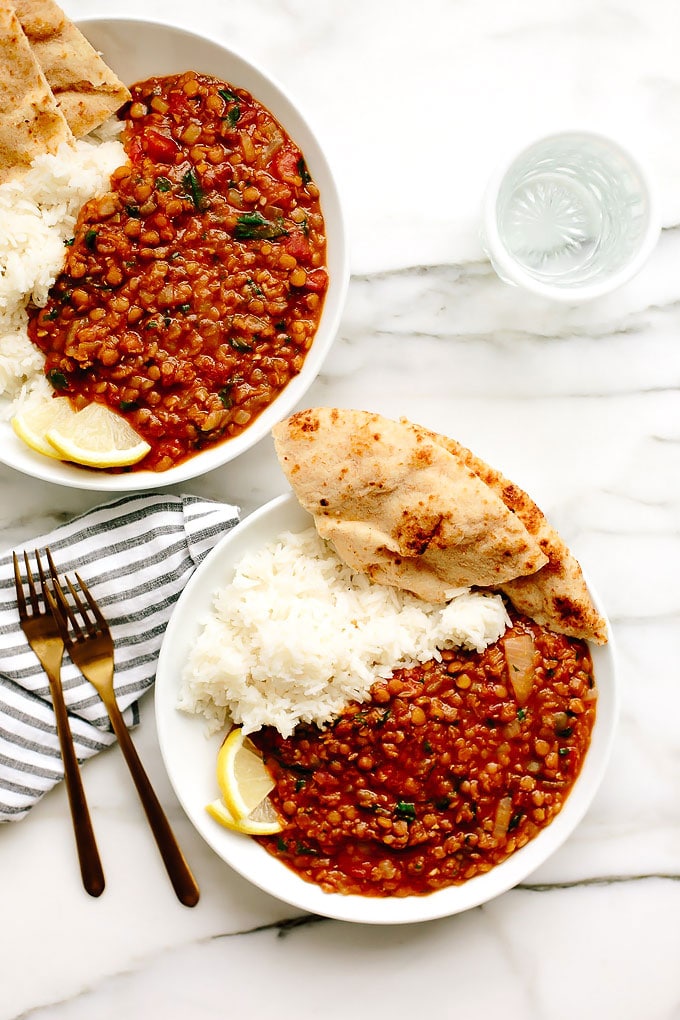 This time of year—the dreaded "fall back"—always makes me a little bit nervous. If you've read the intro to my cookbook, then you know I consider myself to be a SAD (Seasonal Affective Disorder) warrior.

For me, the seasonal shift manifests as anxiety rather than depression, but I've generally kept it well-managed with a combination of diet, exercise, and meditation.

But instead of pushing it away, instead of resisting it like I was in the beginning, I've surrendered to it. Not in a defeatist way, but in a peaceful way.

The funny thing about anxiety? It's the resisting of it, the trying to make it go away that strengthens it and allows it to persist. The more I argue with my anxiety, the more I try to rationalize why I actually have nothing to worry about, the more persistent and engrained it becomes. The more deeply it creeps into my mind.

It's in the acceptance of it, the humoring of it, that a sense of peace can be found. How counterintuitive, right?

I recently read a post that Angela Liddon shared in which she said, "there's no shame in struggling with the things you may have thought you'd beaten," and my goodness did that resonate. During the first few months postpartum, I really beat myself up. I felt ashamed to admit I was struggling with this thing I'd associated with a former version of myself. 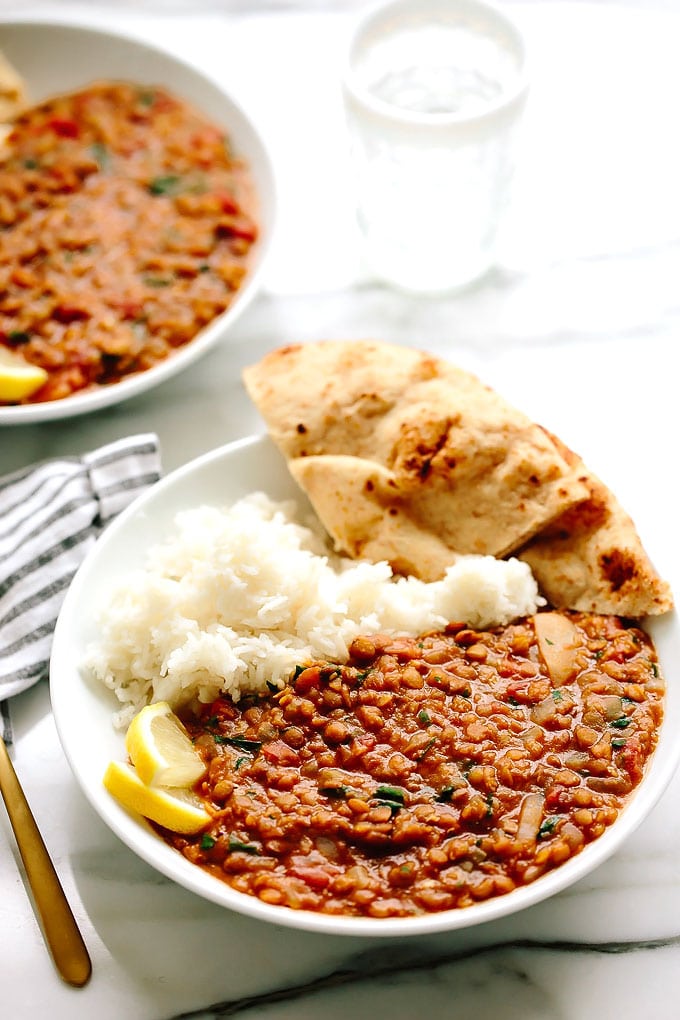 And while this lentil dahl has nothing really to do with anxiety, I find it to be incredibly comforting this time of year. It wafts the most glorious scent as it simmers, and it's incredibly satisfying to eat. Packed with protein, fiber, and flavor.

Also, I have yet to buy an Instant Pot (even though many of you have been begging me—I promise I will as soon as we're in a more permanent living situation), but I have a hunch this would make an excellent Instant Pot meal. And you could probably cut the simmer time in half by using one. If you try it, will you let me know how it works out? I'd love to add tips and tricks into the recipe notes for others who might want to give it a go! 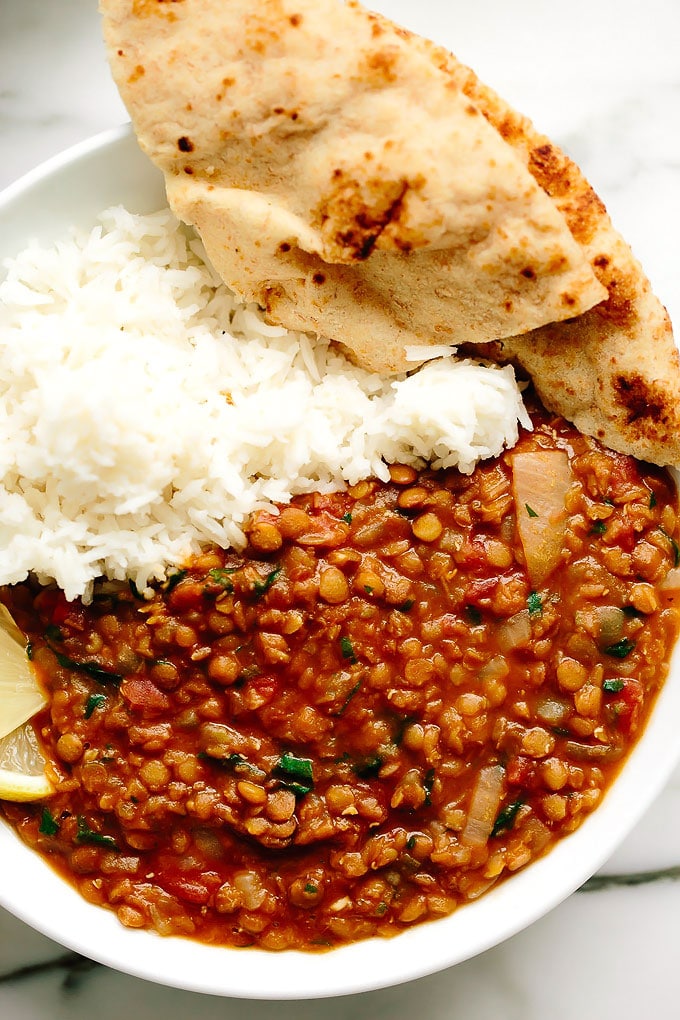 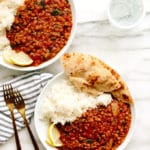 This simple vegan two lentil Dahl requires only easy-to-find ingredients and little more than a few chops and several stirs to make. It's the perfect protein-rich meal to prepare on a Sunday and enjoy throughout the week, and it can easily be doubled or even tripled and frozen.
Course Bigger Bites, Soups, Stews
Cuisine Gluten-Free, Grain-Free, plant-based, Vegan
Prep Time 15 minutes
Cook Time 1 hour
Total Time 1 hour 15 minutes
Servings 6
Author Ashley

*Substitute brown lentils in place of the red lentils for a heartier texture.