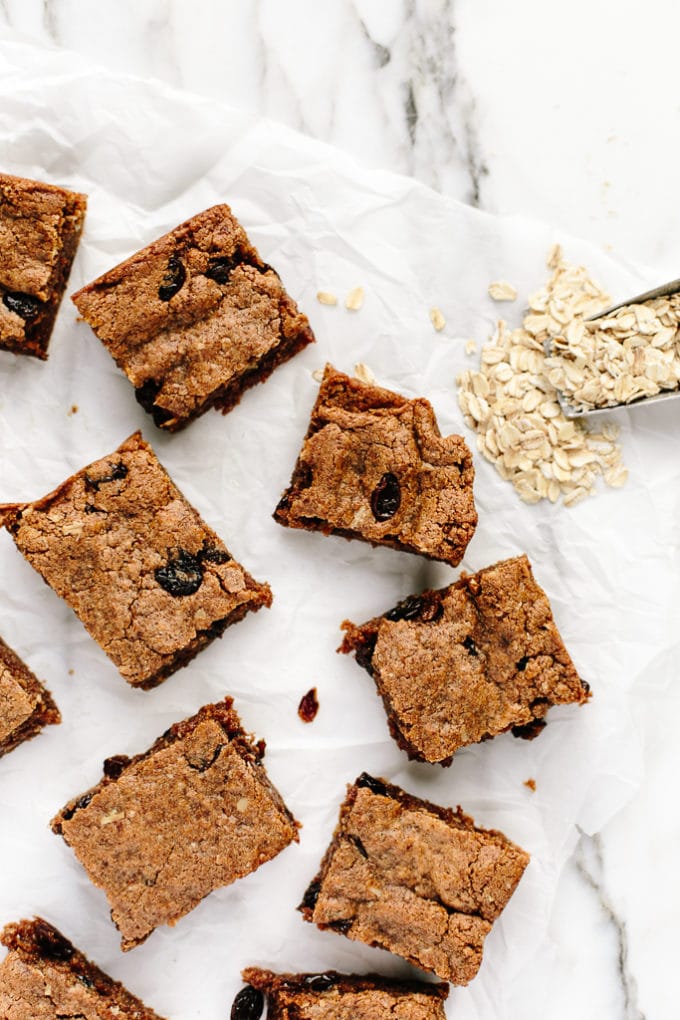 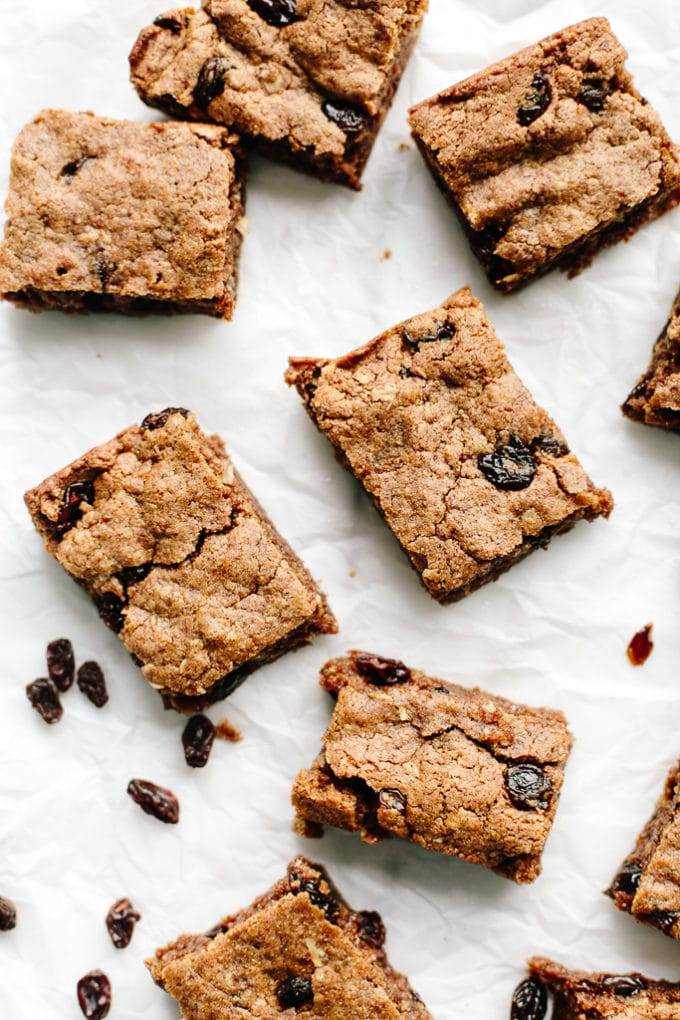 These bars are made with the same delectable cookie base as those beloved chocolate chip cookie bars, only they're outfitted in a new wardrobe of cinnamon and raisins. Sweet and spiced and everrrrything nice. 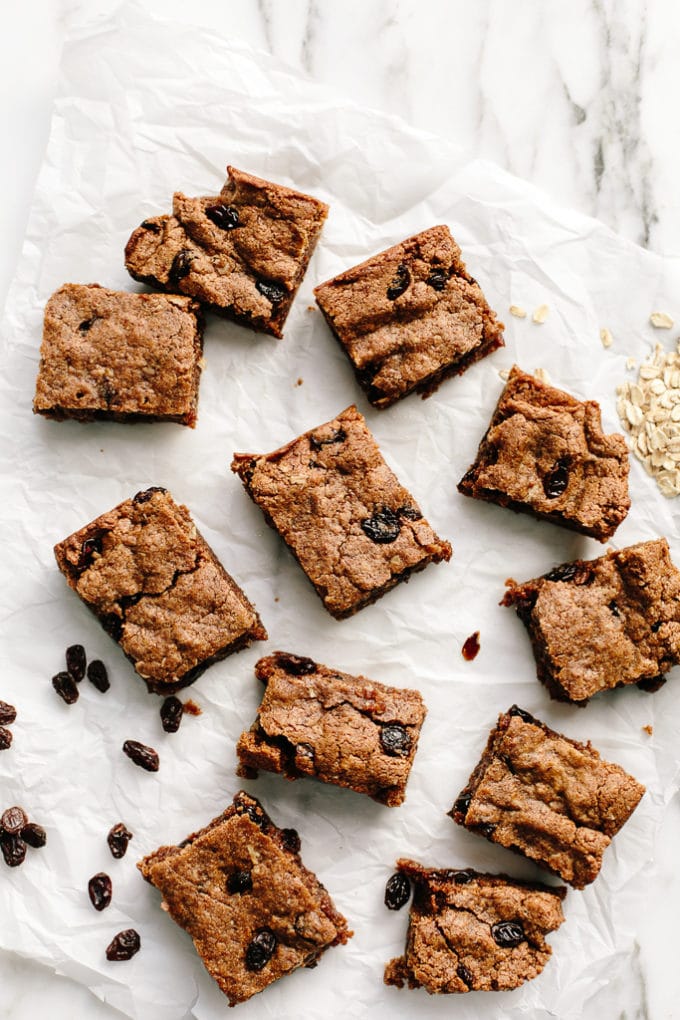 They're just as gooey, dense, and sink-your-teeth-in delicious as their chocolaty predecessors, and that sweet cinnamon-raisin touch makes them feel almost breakfast appropriate. "Almost" as in I had one for breakfast yesterday. And "almost" as in I'm predicting I probably had one for breakfast this morning too, only I'm not 100% certain because I wrote this post yesterday. Fingers crossed that my current self is as fancy free as my former self because if she is, my Monday is off to a good start. 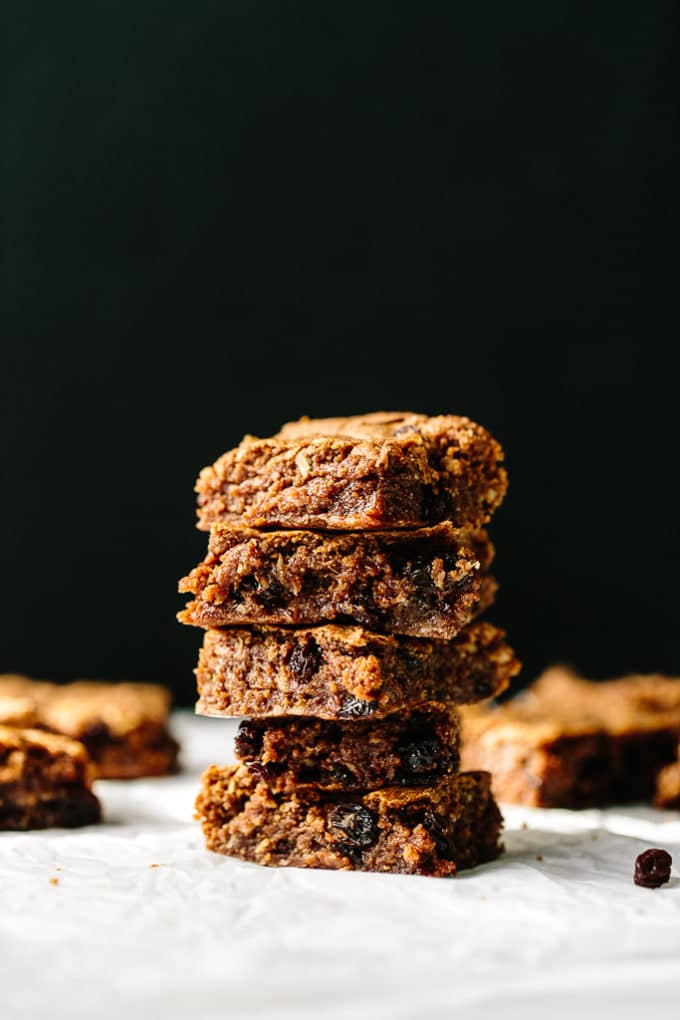 Because that gooey stack of deliciousness colliding with a Monday can only mean good things.

These bars require just 10 ingredients -- pinch of salt and cinnamon included -- and 10 minutes of prep + 25 minutes of baking. To make them, you'll start by creaming together natural almond butter, coconut sugar, and pure vanilla extract for a full minute (go on and time it -- I certainly do).

Then, you'll whisk together oat flour, rolled oats, baking powder, cinnamon, and sea salt until well combined. Add the oat flour mixture to the creamed almond butter mixture, and before you start beating, pour in a bit of unsweetened almond milk. Then, turn your mixer on and beat until combined. Add in a generous scoop of raisins and beat again until the cookie dough is dotted with those wrinkled gems.

Scoop the dough into a lined 8x8 baking pan (double-check that your pan is 8x8 because 9x9 will negatively affect the texture and moisture of the bars), and bake until crisp and chewy on the outside and tender and gooey on the inside. 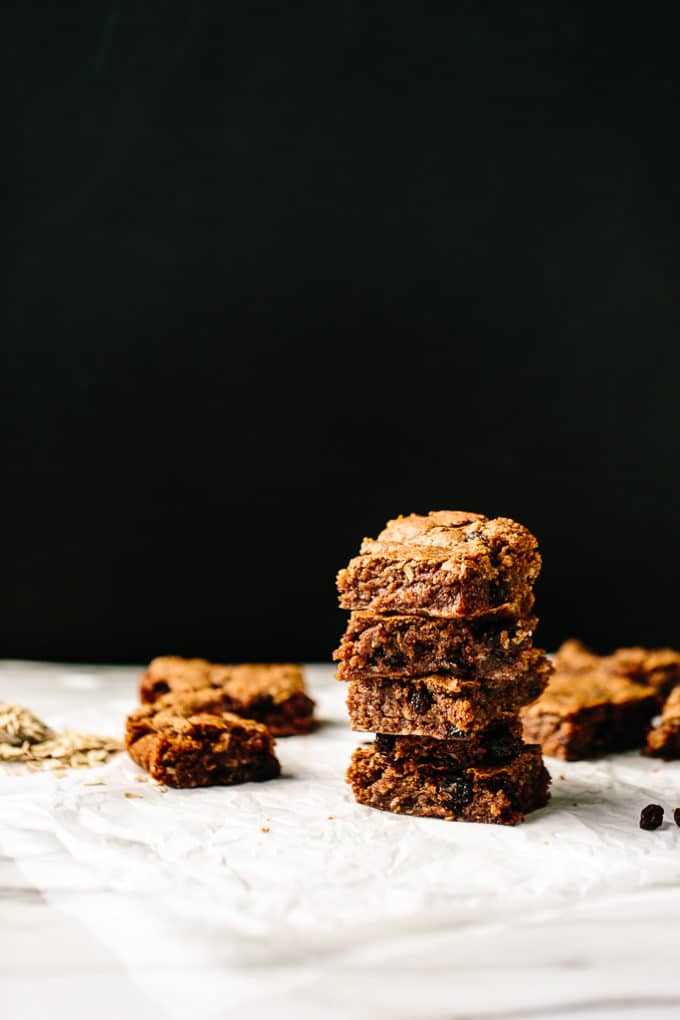 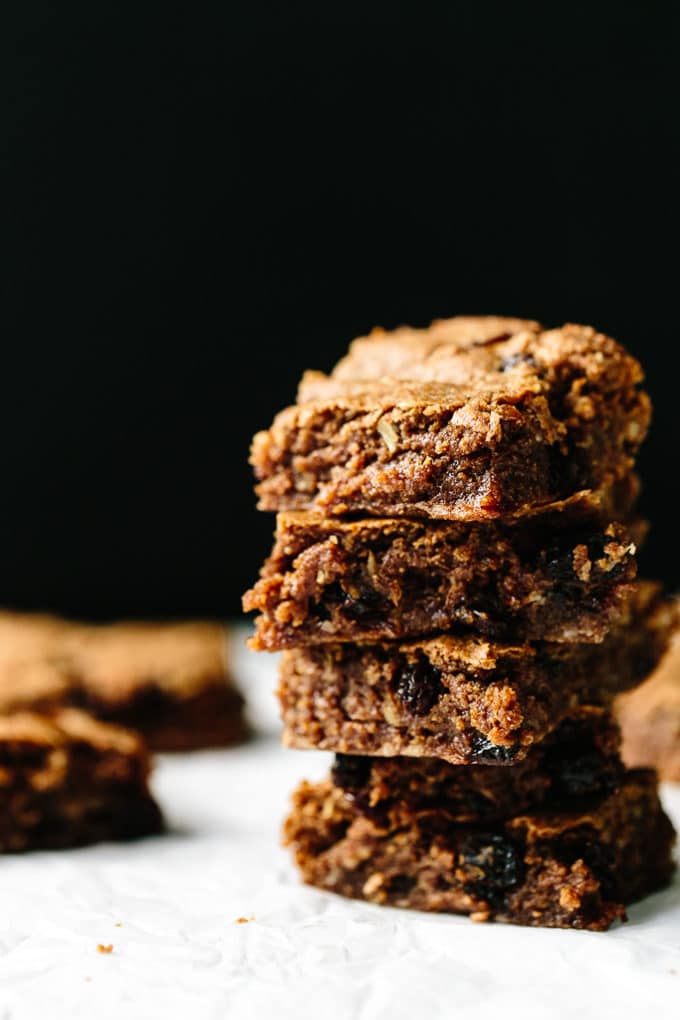 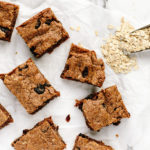 *You can probably tell from the pictures, but these bars aren't exceptionally oat-y in terms of the amount of whole, old-fashioned rolled oats they contain. If you want more of an oatmeal-raisin cookie texture, increase the rolled oats to ⅓ cup or ½ cup.