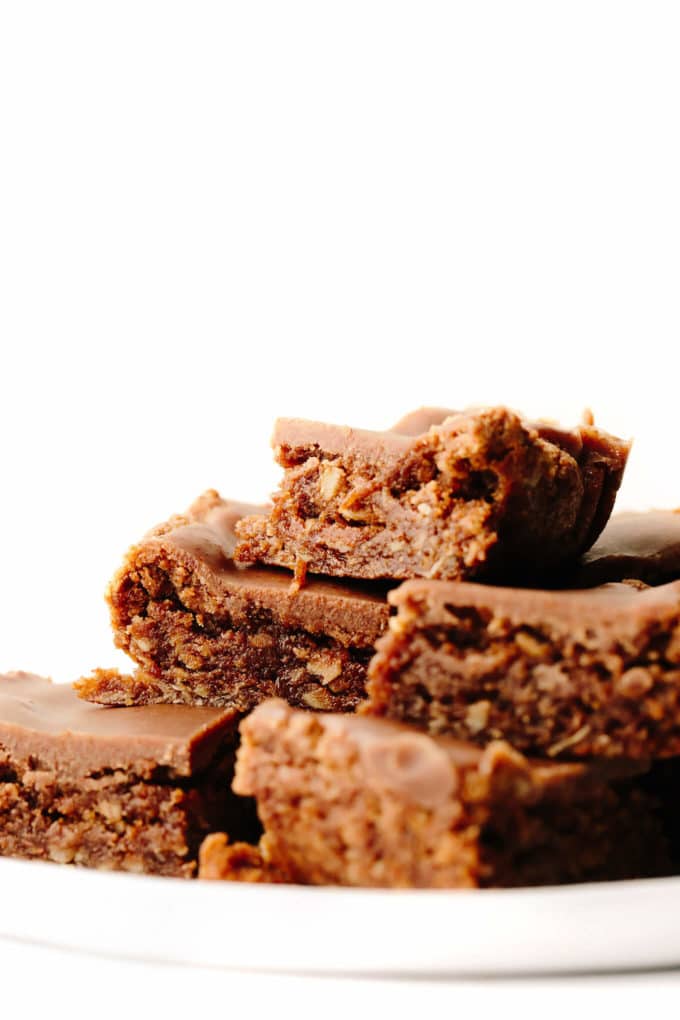 These blondies are the epitome of sweet fall comfort food. 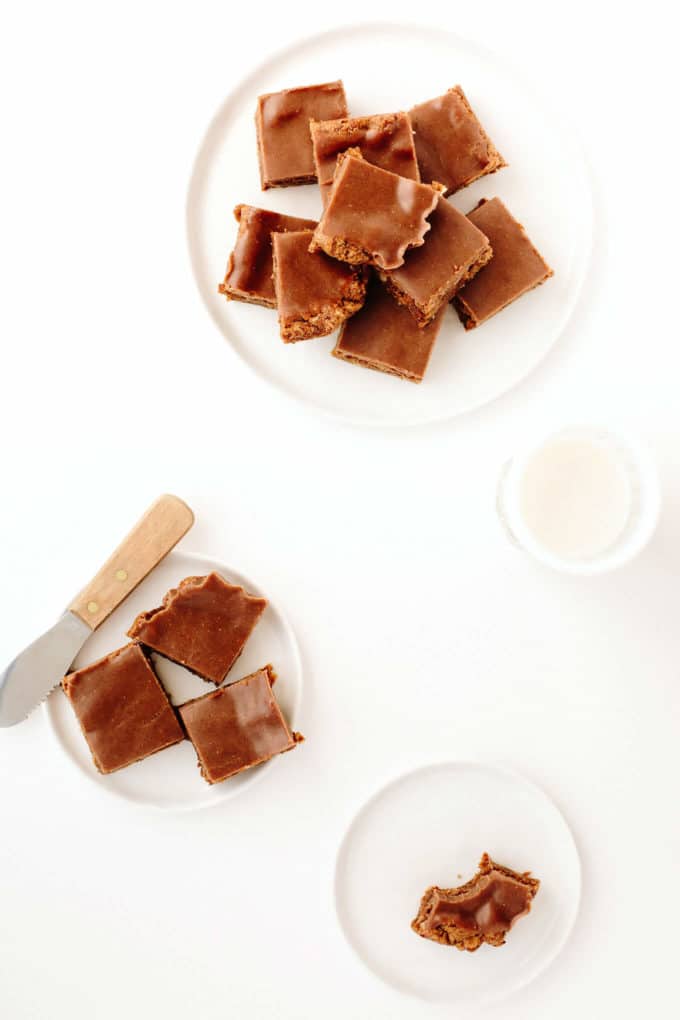 They're made with similar ingredients as these oatmeal raisin cookie bars.

Only the oats are upped, the raisins are dropped, and a generous slathering of cinnamon almond butter glaze is sprawled across the surface.

To make these amber-glazed beauties, you'll start by preparing the blondie base.

Mix until just incorporated. Then, press the dough into a lined pan, and bake for a speedy 18 to 20 minutes.

While the blondies bake, you'll get to work on that sweet cinnamon almond butter glaze...

Add a bit of cacao butter, almond butter, maple syrup, cinnamon, vanilla, and sea salt to a saucepan, and whisk over low heat. When the cacao butter is almost completely melted, remove the pan from the heat and continue to whisk until smooth and glossy.

Once the blondie has cooled, pour the glaze over the surface and tilt the pan back-and-forth to coat. Then, pop the pan in the freezer for about 20 minutes to set the glaze.

Once the glaze has set, slice the blondies into squares like so... 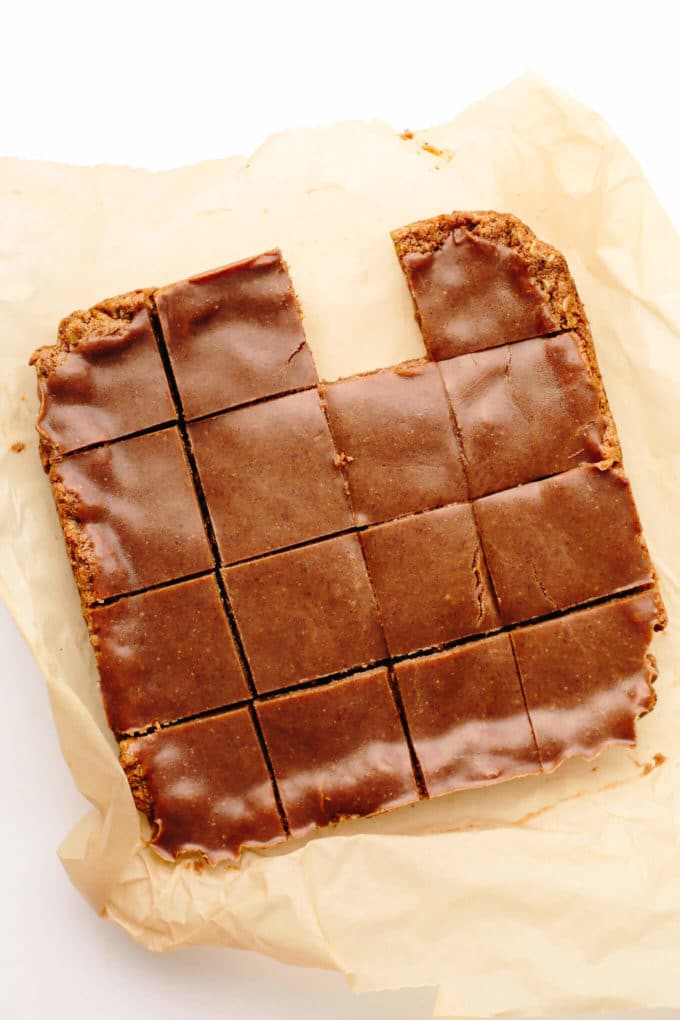 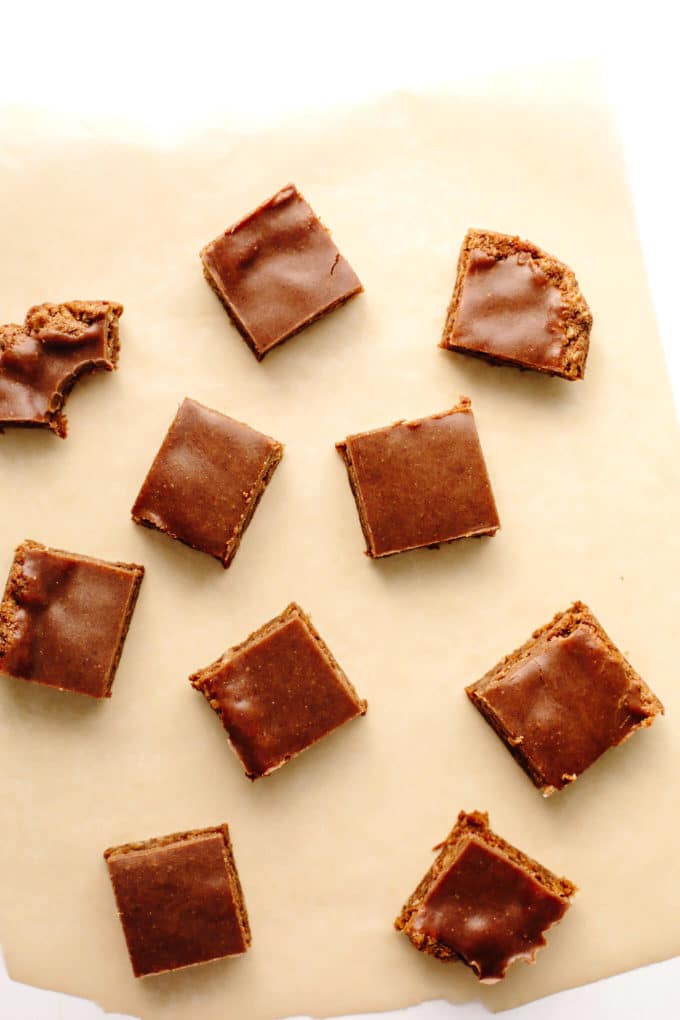 Perfect for easing into cooler temps, a shifting landscape of colors, and a cozy fall wardrobe. 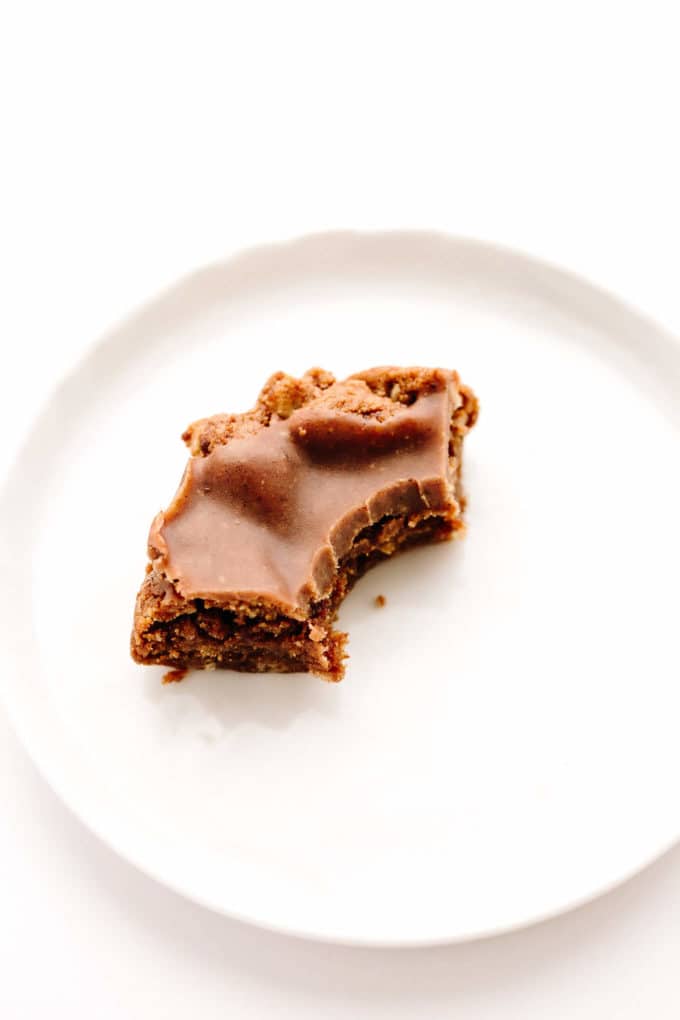 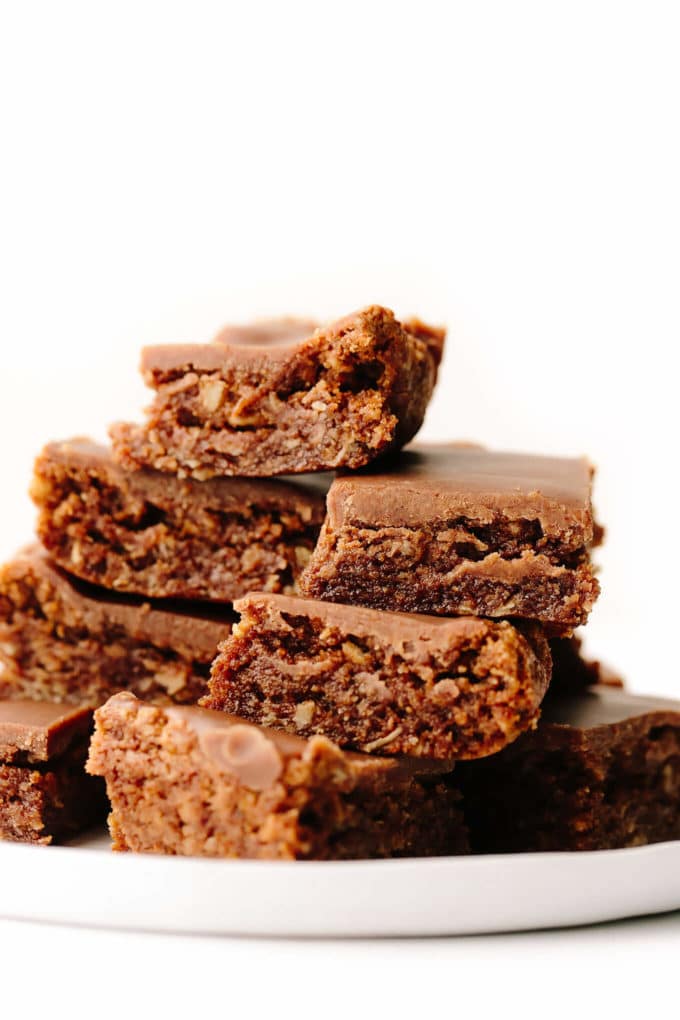 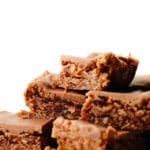 For the Cinnamon Almond Butter Glaze

*FYI for shopping purposes, you'll need nearly an entire jar of almond butter to make the blondies and glaze.