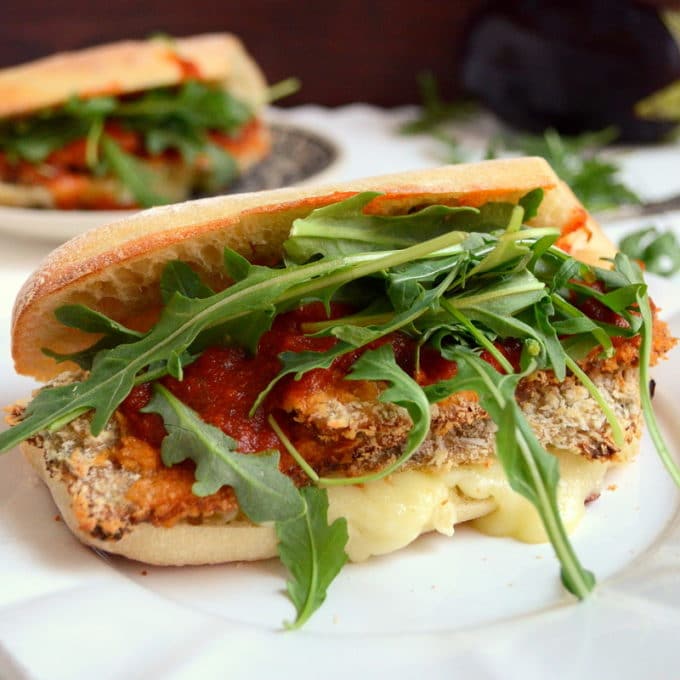 You might not be able to judge a book by its cover, but you can certainly judge a recipe by the silence it creates while being enjoyed. I give you exhibit A above: a baked eggplant marinara sandwich I made for dinner the other night. Dan was nearly silent the entire time he ate it and when I asked him what he thought of it he responded, "It's so good that I can't even talk while I eat it." Odd compliment but I'll certainly take it.

This sandwich is eggplant parmesan's handheld child, and I love it. Panko-coated eggplant is baked to tender perfection, cocooned between toasted bread, and laid to rest beneath melted mozzarella, marinara, and peppery arugula. The combination is dangerous in a I-could-probably-eat-three-of-these kind of way. This sandwich is hearty and satisfying, yet won't leave you feeling overstuffed. It's the perfect meal for Meatless Mondays, a Friday night in, or for that dinner party when you just want everyone to shut up and eat. 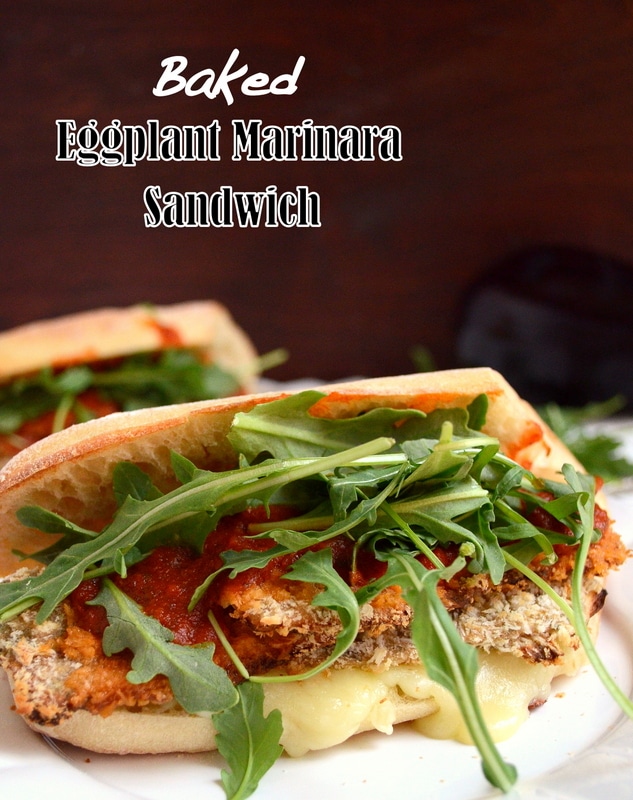 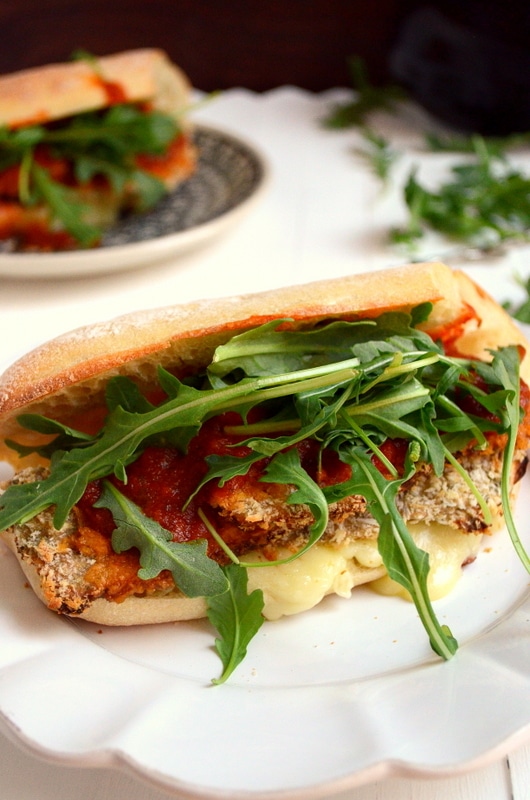 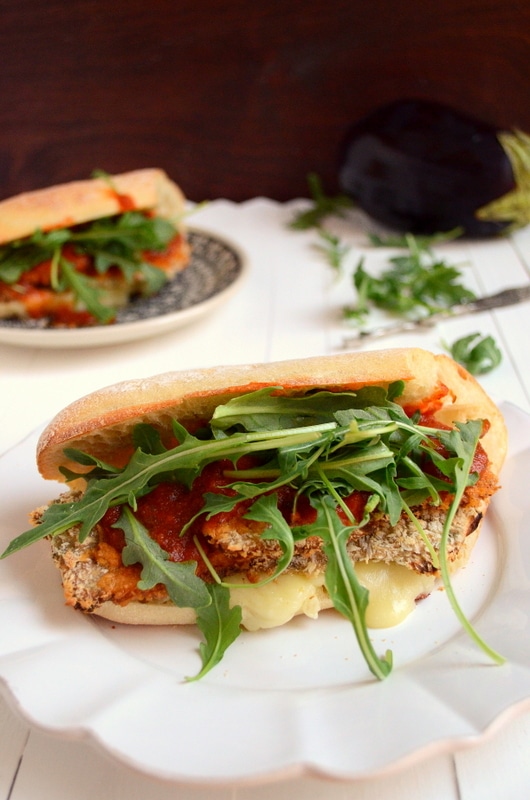