These vegan crockpot carnitas are made by slow simmering hearts of palm, onions, jalapeños, garlic, spices, and fresh orange juice until tender. Simply toss everything into a slow cooker, turn it on low heat, and get on with your day. By the time you return to your crockpot, the hearts of palm will be fall-apart tender and your kitchen will be filled with the savory, smoky scent of vegan carnitas. 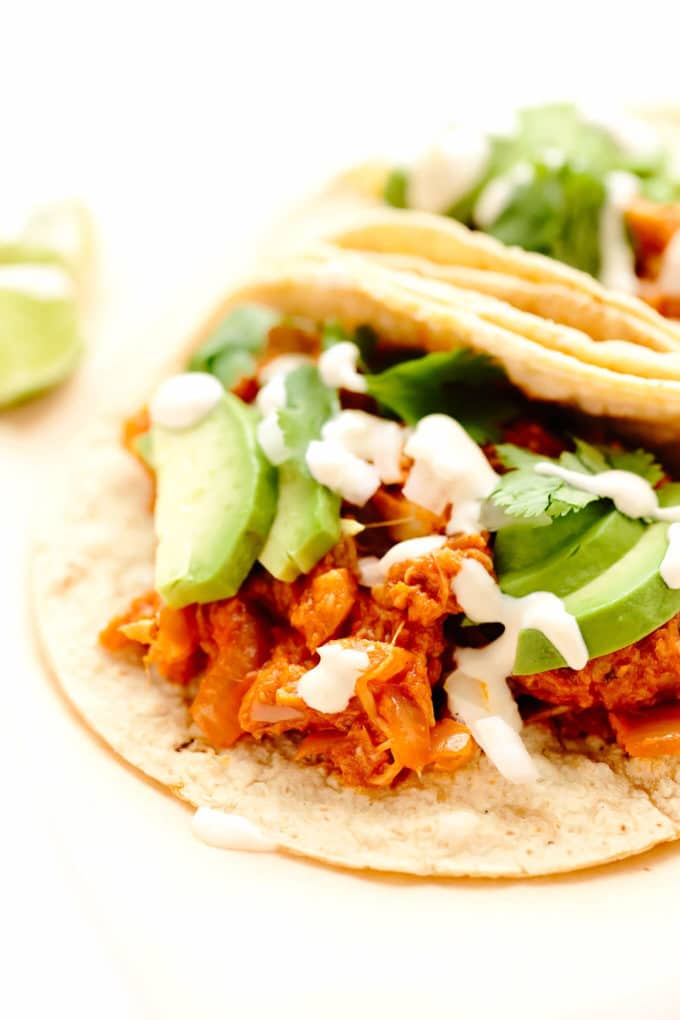 Carnitas quite literally means "little meats". The beloved Mexican dish, which originated in the state of Michoacán, is made by braising or slowly simmering pork in oil or lard until tender.

In the most traditional cooking method, pork is placed in a copper pot (to evenly disperse the heat); covered in oil; seasoned with salt, cumin, oregano, marjoram, thyme, bay leaf, and crushed garlic; and then slowly cooked for several hours until fall-apart tender. The meat is then used as filling in tamales, tacos, tortas, and burritos.

Having just celebrated seven years of meat-free living, it's been a lonnng time since I've consumed or made carnitas, but I decided to try my hand at creating a vegan version.

While jackfruit works great as a vegan substitute for pork, it can be a bit tricky for those living outside of major cities to procure, and I wanted to come up with a recipe that was as easy and accessible as possible.

Thankfully, hearts of palm are much easier to find and also work great as a meat-free pork substitute. (If you own a copy of my cookbook, then perhaps you've made the Pulled Hearts of Palm Tamales with Chipotle Cream + Pineapple Pico de Gallo on p. 239 and can vouch for this fact.)

So, here you have it. Vegan hearts of palm carnitas made in a crockpot... 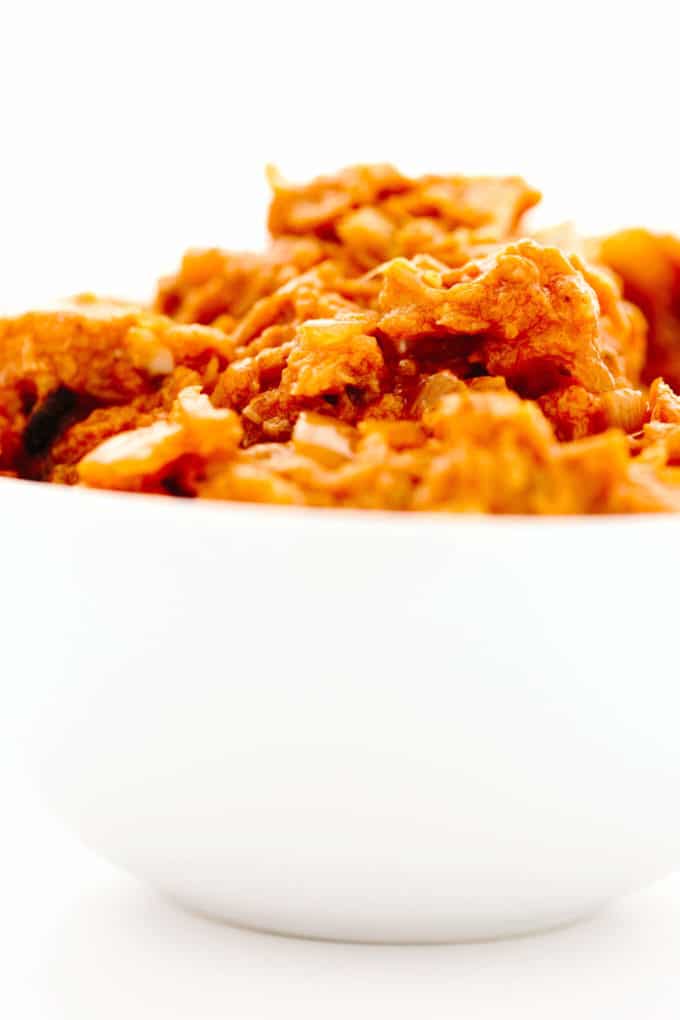 Obviously, using hearts of palm results in a texture that is different than (read: much softer and less chewy) the tender-yet-crispy quality of classic pork carnitas, but it's the closest thing I've tasted to the traditional version since going meat-free.

This vegan carnitas is richly spiced, tangy, and satisfying, and it's perfect tucked into warm corn tortillas and outfitted with toppings.

Best part? These vegan crockpot carnitas are made in three simple steps:

2) Turn your slow cooker on low, and cook for four hours, or until the hearts of palm are fall-apart tender.

3) Use two forks to shred the hearts of palm like so... 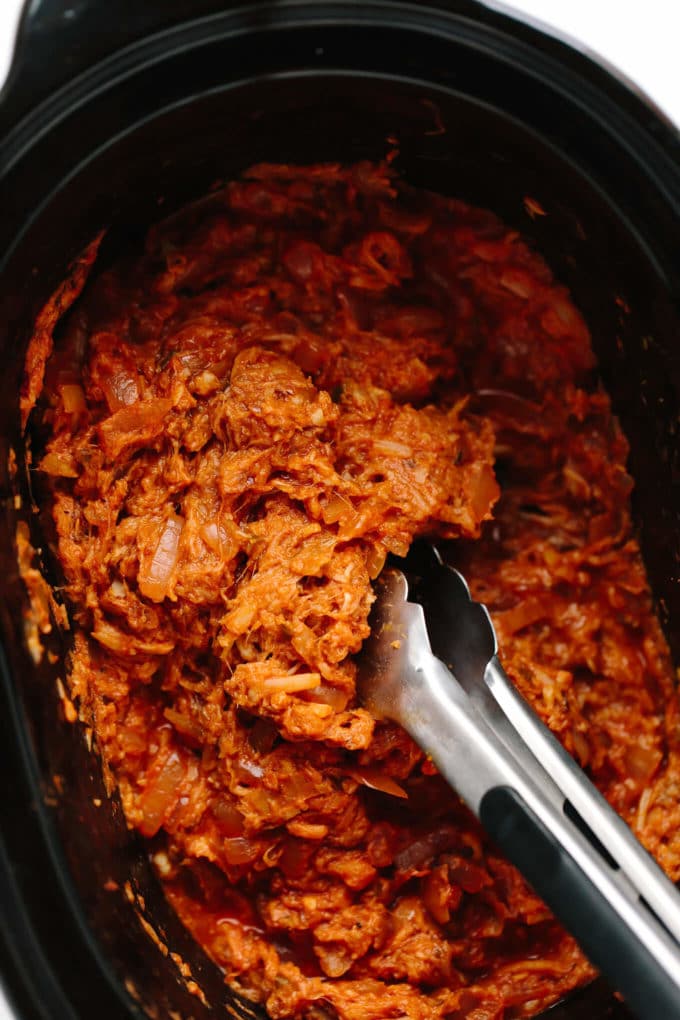 I recommend spooning a bit into warm corn tortillas and topping with sliced avocado, diced onion, cilantro, and a drizzle of cashew sour cream. 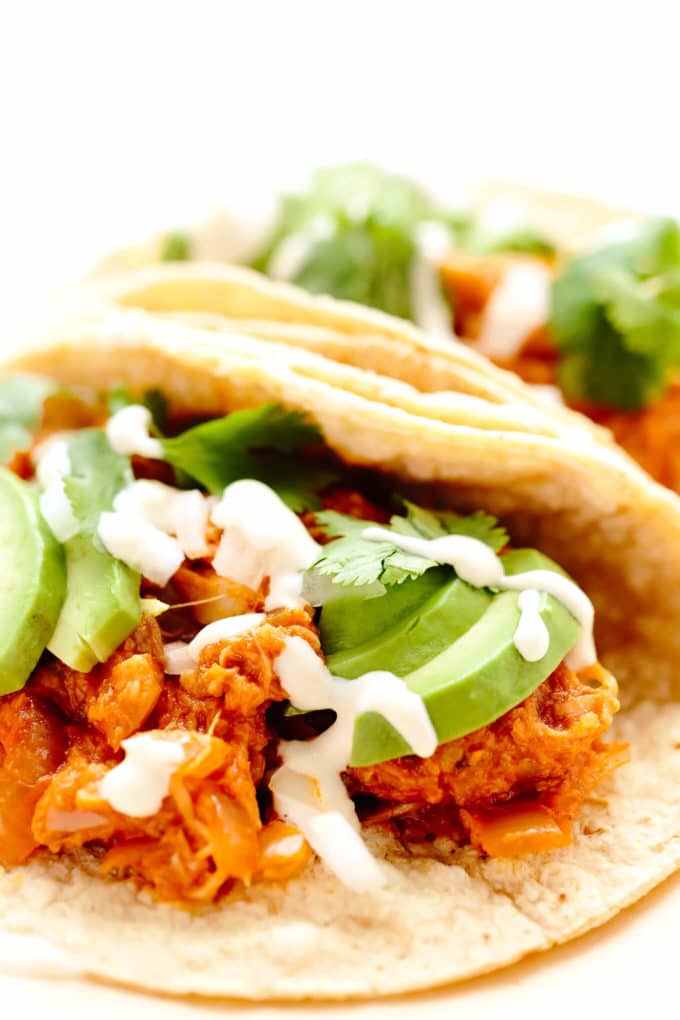 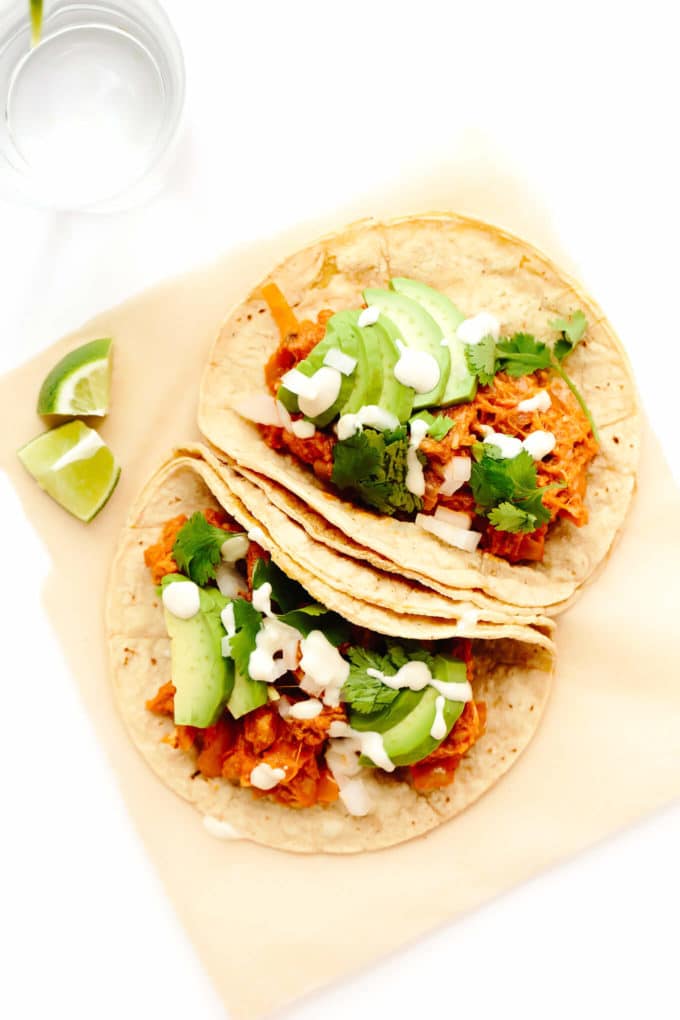 For the Hearts of Palm Crockpot Carnitas