This vegan power burger with beet slaw + horseradish sauce has got it allll going on. A protein-packed Dr. Praeger's Heirloom Bean Veggie Burger is slathered with tangy cashew horseradish cream and topped with a slightly sweet beet slaw. The finishing touch? A few refreshing ribbons of crisp cucumber. 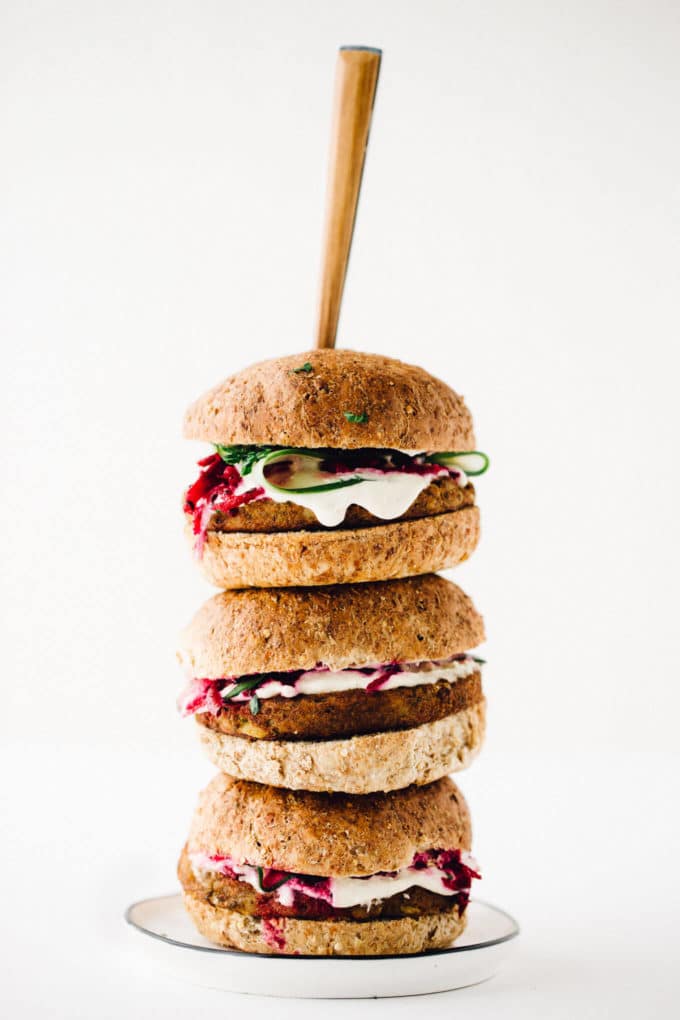 This post is sponsored by Dr. Praeger's. All thoughts and opinions are my own.

The last time I stacked burgers this high ↑, it ended with a mess.

It was nearly two years ago, and I was photographing a recipe for my cookbook. I spent an hour fussing over the burgers' aesthetics, meticulously manicuring their every last crumb. Then, I carefully placed the burgers, one on top of the other, against a thoughtfully selected photography backdrop. Finally, I mounted the camera on a tripod, and readied myself to *snap* *snap* *snap* away.

I managed to snap just one photo before the bun-n-burger tower leaned like Pisa and toppled before my very eyes. In a desperate attempt to remedy the situation, I captured a second shot on its way down.

My first instinct? To cry. My perfect burgers had collapsed with such force that they self-destructed on impact, and I didn't have enough ingredients to recreate the scene.

But as I reviewed the two captured images, I realized that, perhaps, it was actually meant to be—the burgers' way of saying, "less is more, progress not perfection"—because the very first shot I captured was enough of a winner to make the book's cut. The second, on the other hand, was a full-on action shot—flying cucumbers, saucy buns, the whole nine yards.

Fast forward to last week, and a few understandable jitters cropped up just prior to photographing these vegan power burgers. I gathered the appropriate props and loosely planned out the photography session, knowing that I wanted to finish the shoot by stacking the burgers.

But oh the fear. Or maybe it was that pesky naysayer resistance again?

After hemming and hawing a bit, I about opted to skip the stacking altogether, but there's something so fun about creating shots like these. Playing with food, pushing the bounds of what it's capable of as you're simultaneously challenging your own limits. It feels good.

And so what did I do? I stacked those burgers up, secured them with a knife, and snapped away. 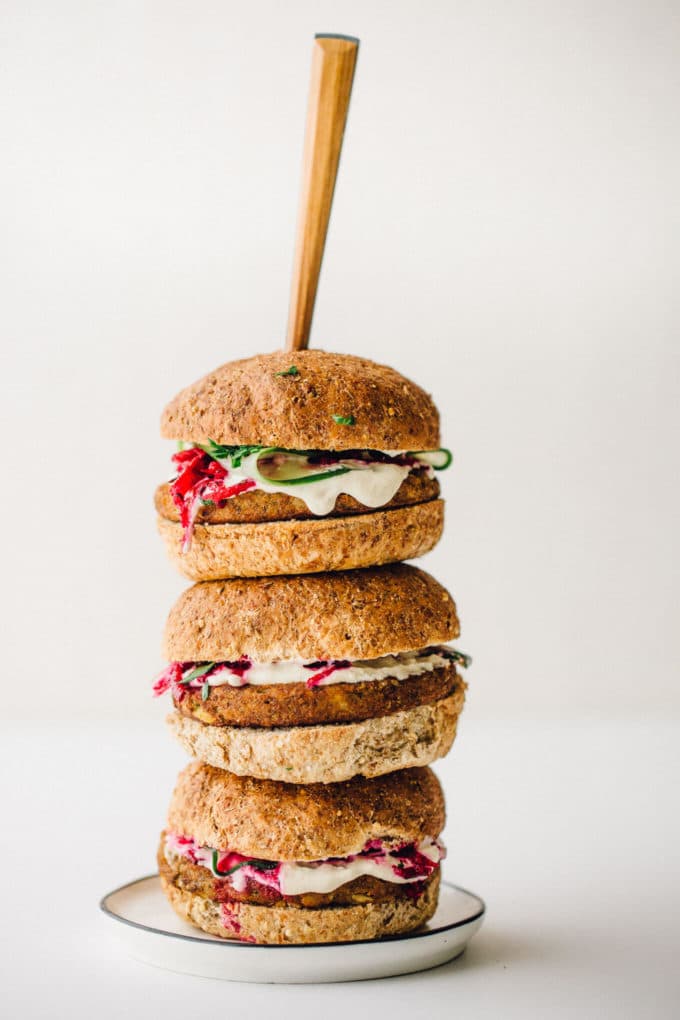 And guess what? They didn't fall.

But the wooden backdrop did.

The heavy ol' thing came crashing down mid-shoot and nearly whacked me and the burgers on the head before I managed to catch it.

Moral of the story: You can stack your burgers high, but you can't tame, secure, or guarantee the circumstances of life. So, when things topple and fall, the best you can do is flow with it... and eat a (veggie) burger, too.

These vegan power burgers with beet slaw + horseradish sauce are the ideal antidote to unpredictable circumstances. Why? Because they're predictably delicious.

The savory, earthy flavor of the burgers pairs perfectly with the zippy horseradish cream and bright beet slaw. It's a simple veggie burger yet one that's immensely satisfying. 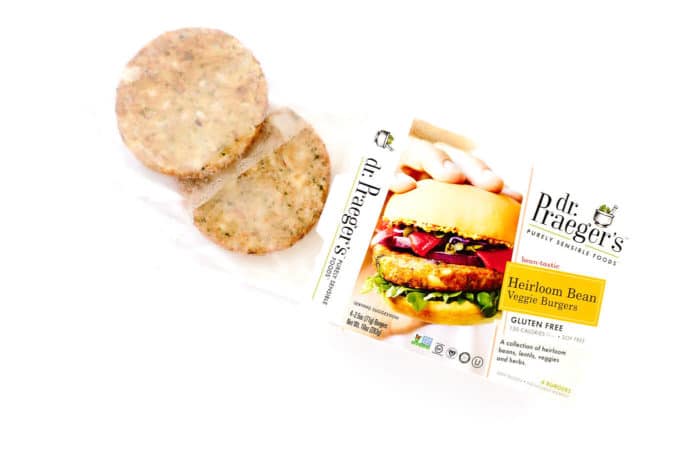 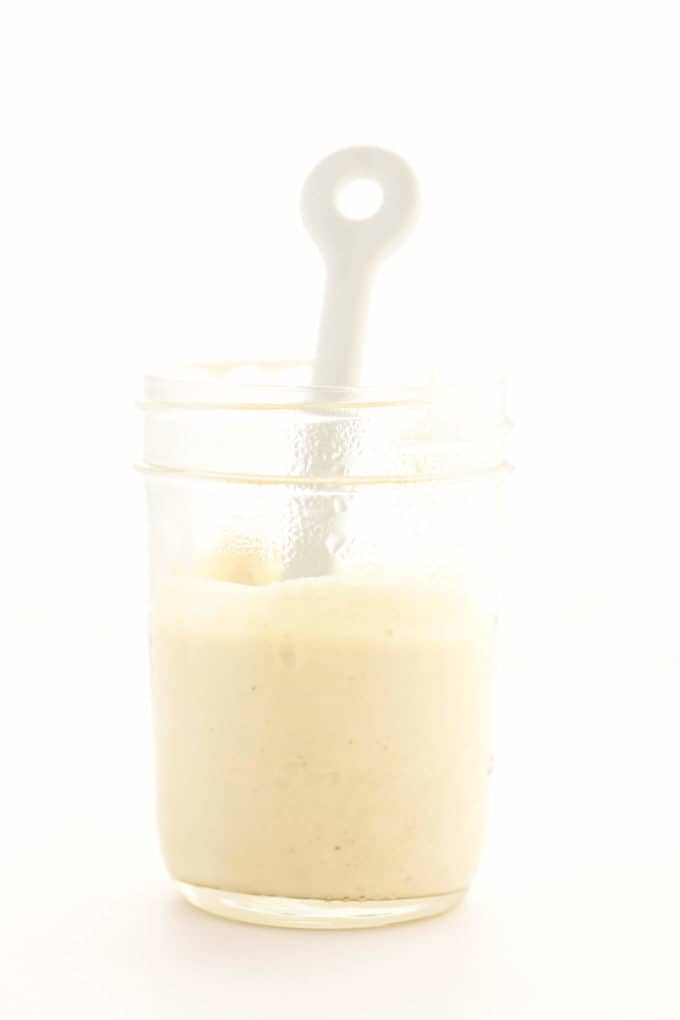 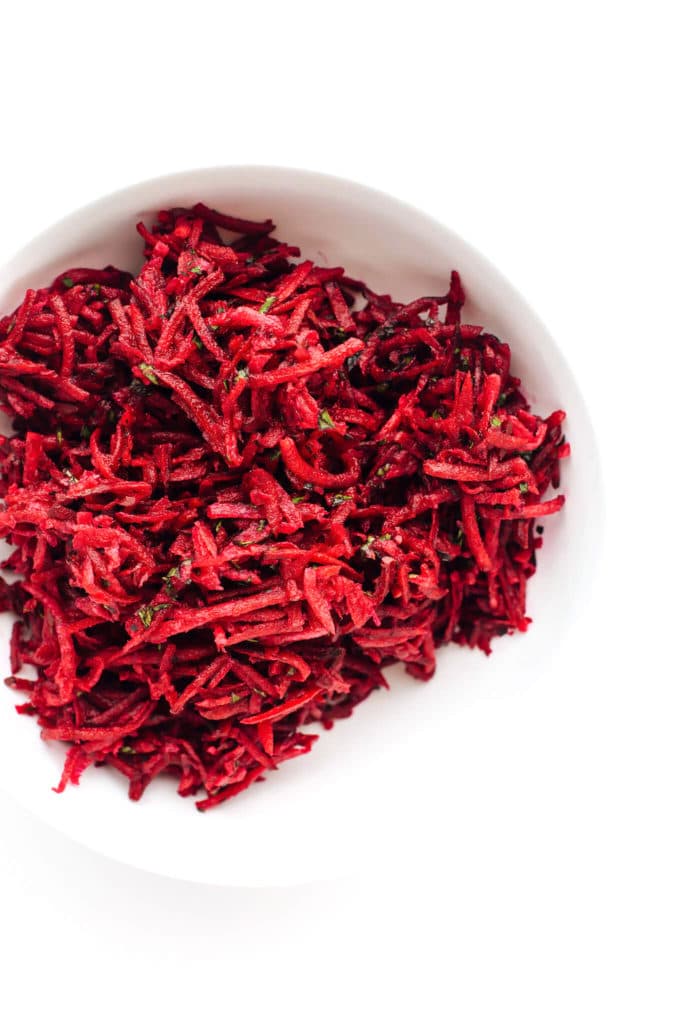 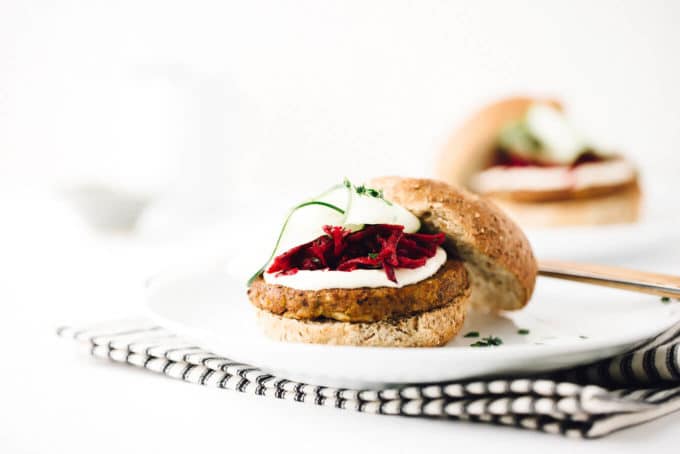 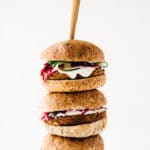 For the Creamy Cashew Horseradish Sauce

For the Beet Slaw

*I use the food processor (fitted with a grater attachment) for easy and speedy grating.