You are here Home » Vegan Cream of Celery Soup

Jump to Recipe Print Recipe
This vegan cream of celery soup is brimming with good-for-you ingredients yet you’d never know it based on taste. Its savory, rich, and oh-so-creamy base is made with a combination of  nourishing cauliflower-cashew cream and vegetable broth. 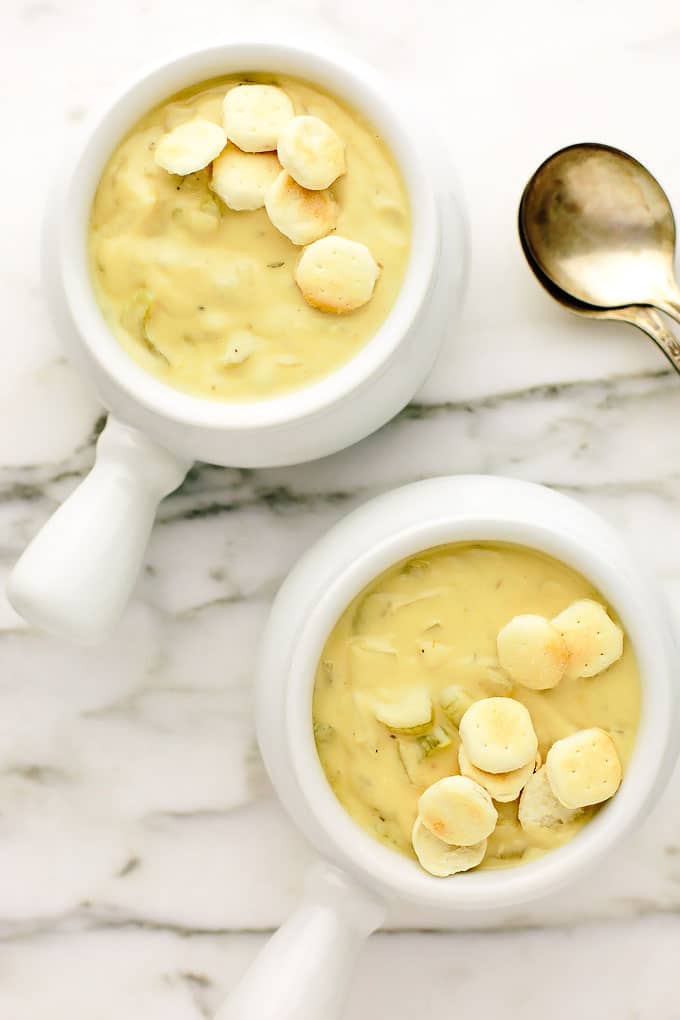 A little over a month ago, I shared this recipe for creamy cauliflower wild rice soup. Within just a week or two, it climbed its way to the top as one of my most viewed recipes for 2018, and the kind comments and five-star reviews trickled in one after the other.

I had a hunch it would be a hit given how much love it received in our own home, but I've been overwhelmed by the positive response.

Given how much you've enjoyed that recipe, I figured I'd repurpose the base in a few other rich and creamy soups, the first being this vegan cream of celery soup... 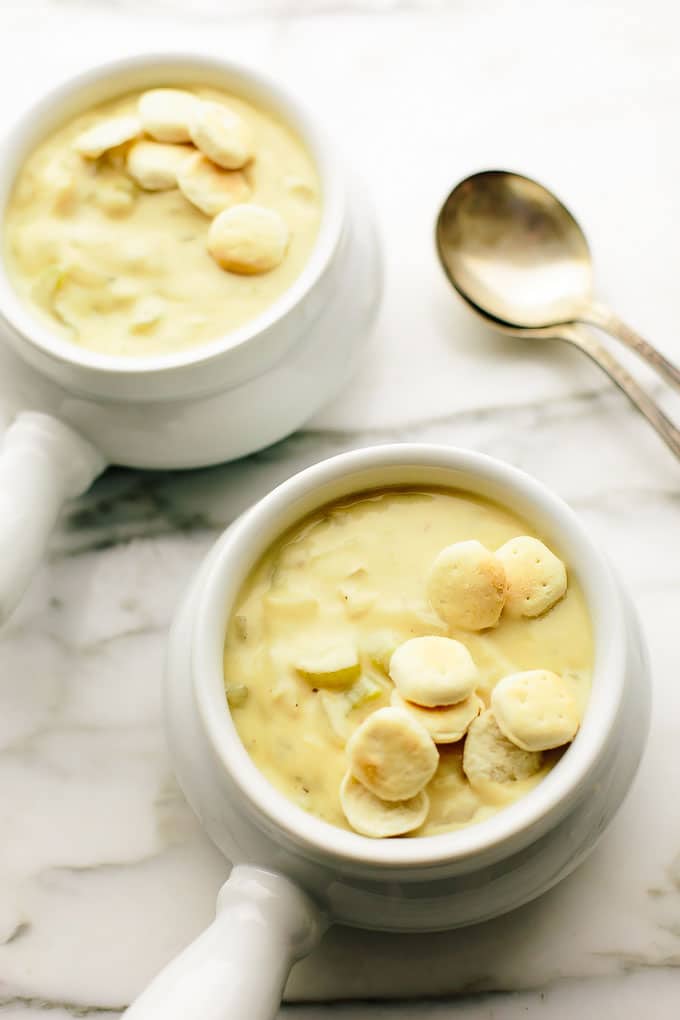 Growing up, one of my favorite soups was Campbell's cream of celery. It ranked second behind cream of mushroom and frequented my winter meals.

But beyond the fact that the canned version is far from vegan, its jiggly, gelatinous consistency leaves quite a lot to be desired.

This vegan version is rich, buttery, and comforting, yet packed with nourishing ingredients. Really, truly, you'd never know it was "healthy" based on taste.

And yet it is.

To make it, you'll bring a large pot of water to a boil and add four cups of fresh cauliflower florets (in a pinch, you can use 4 ½ cups of frozen florets), and boil until tender (about 10 minutes).

While the cauliflower boils, thinly slice several large stalks of celery and dice an onion. Heat a bit of olive oil in a large stockpot and add the celery and onions along with a bit of dried thyme and rosemary. Sauté the vegetables for about five minutes, or until they begin to soften.

Then, add three cloves minced garlic and continue to cook for another minute, or until the garlic softens. 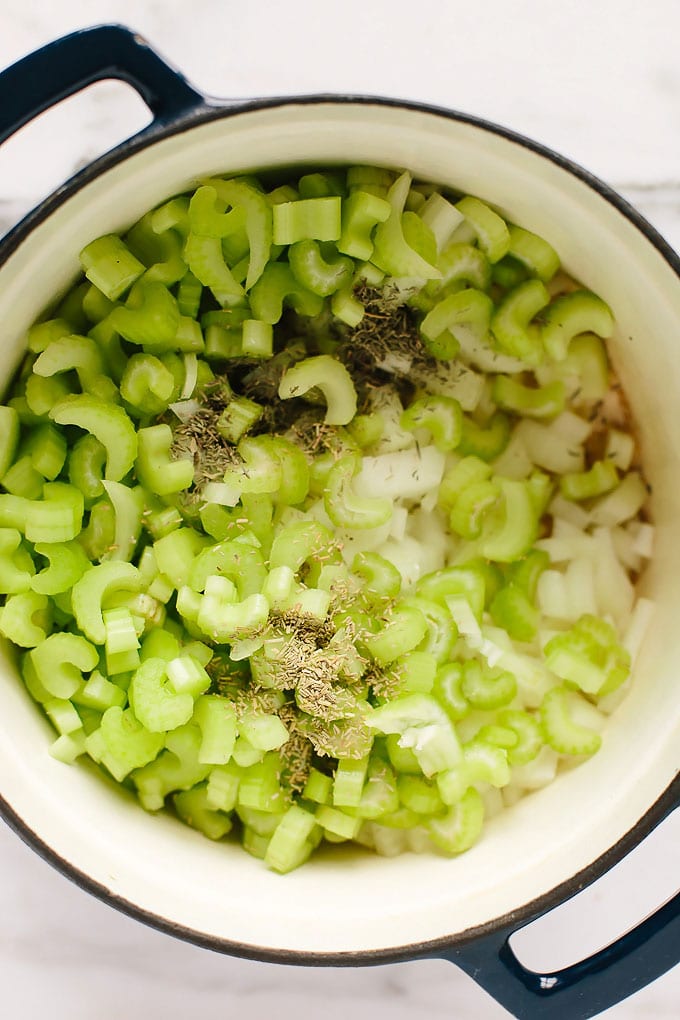 Next, add three cups of low-sodium vegetable broth to the pot, increase the heat, and bring the mixture to a boil. Once boiling, reduce the heat, cover, and simmer for 10 minutes.

Meanwhile, add the reserved boiled cauliflower to a high-speed blender along with raw cashews, nutritional yeast, fresh lemon juice, and sea salt. Blend on high until super smooth and creamy. 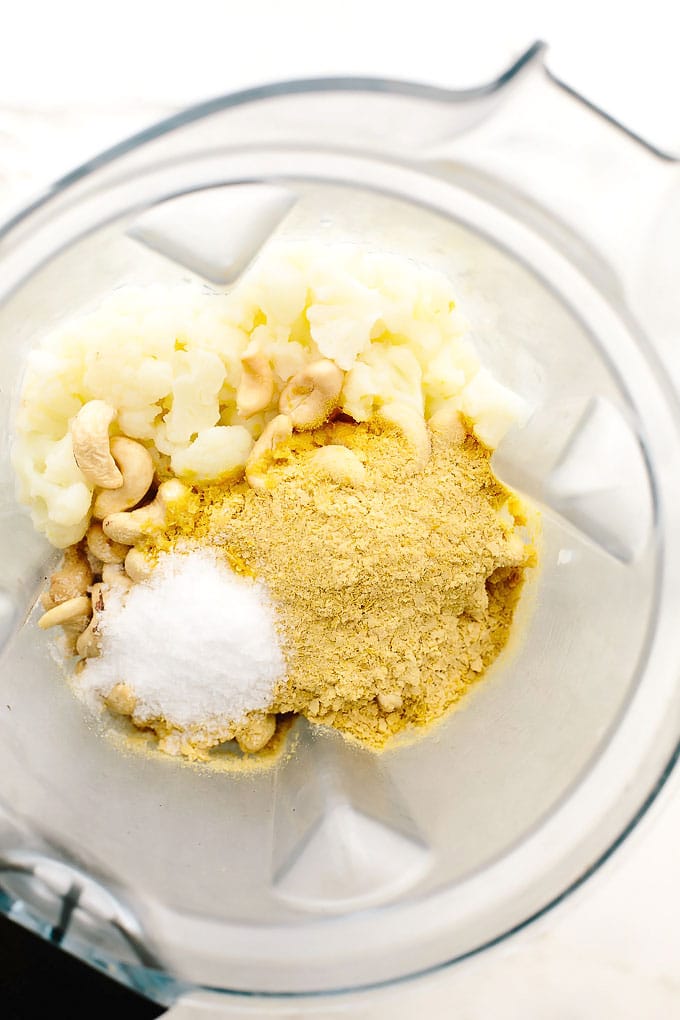 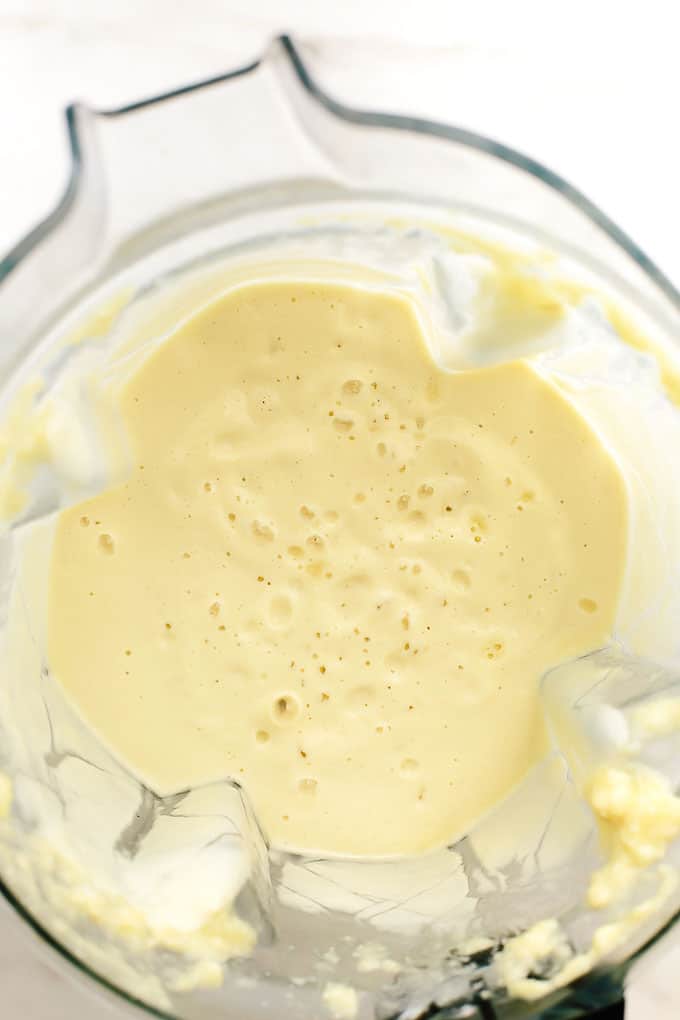 Once the base of the soup has finished simmering, add the creamy cauliflower-cashew mixture to the pot.

Increase the heat to medium-low and simmer for five minutes, or until it begins to slightly thicken and reduce. 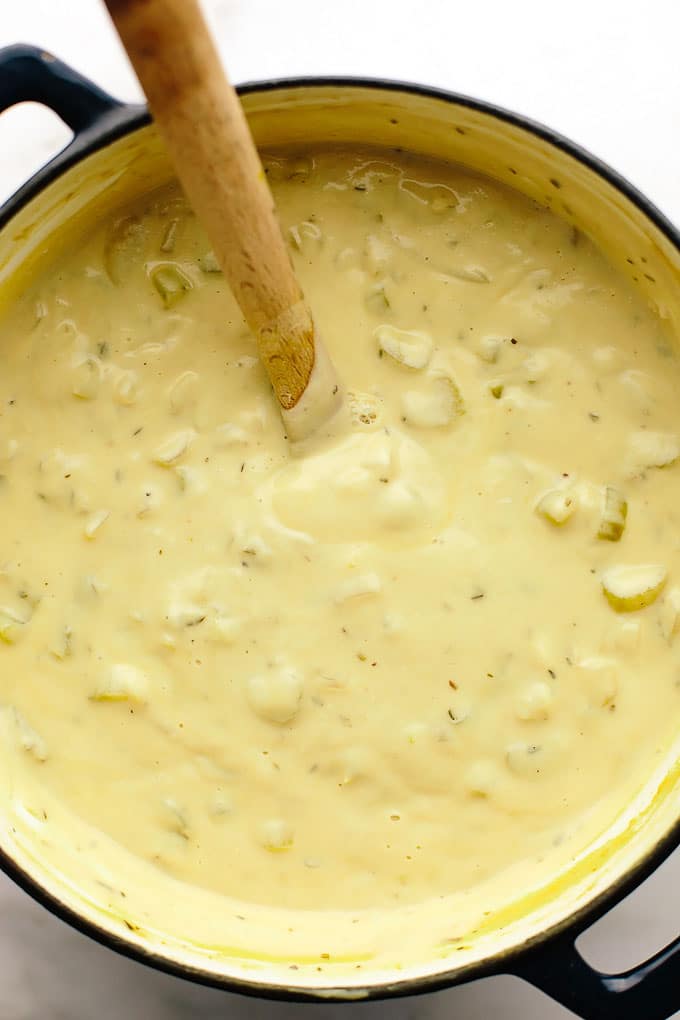 Once the soup is ready, ladle it into bowls and serve warm.

I like to top it with a handful of oyster crackers, but it's also delicious all on its own or served with warm multigrain baguette for sopping and dipping purposes. 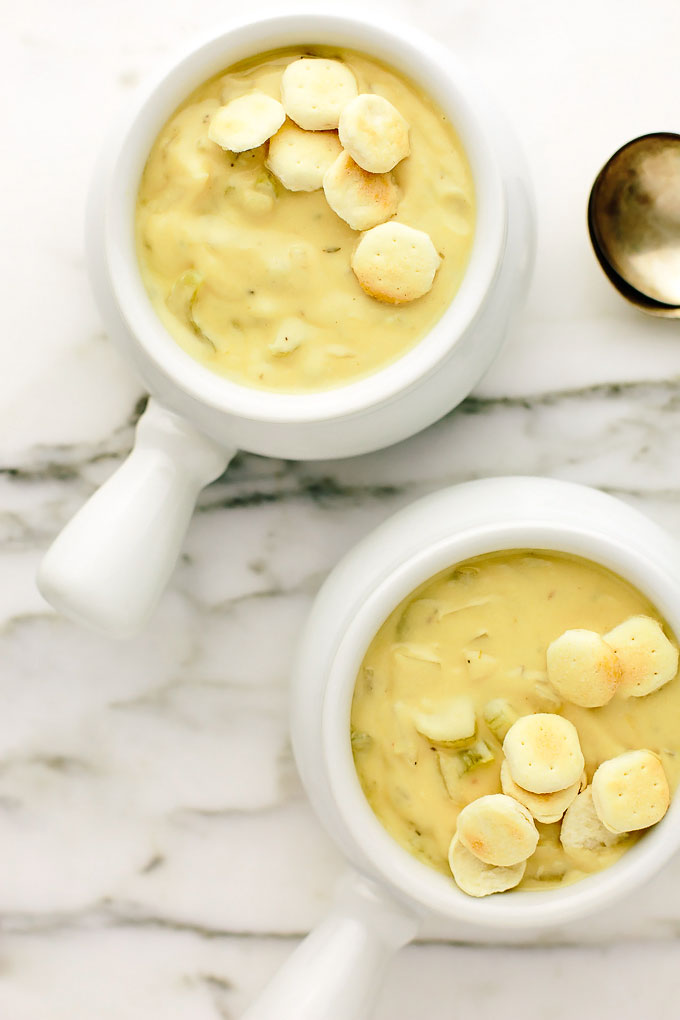 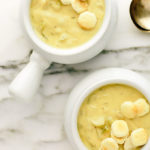 This vegan cream of celery soup is brimming with good-for-you ingredients yet you’d never know it based on taste. Its savory, rich, and oh-so-creamy base is made with a combination of  nourishing cauliflower-cashew cream and vegetable broth.
Prep Time 20 minutes
Cook Time 20 minutes
Total Time 40 minutes
Servings 6
Author Ashley

*No nuts? No problem. To keep this soup nut-free, substitute hemp hearts for the raw cashews. **As written, the recipe yields a soup that's rich and creamy with a medium thickness. If a very thick soup is desired, add 1 to 2 tablespoons of arrowroot starch to the blender along with the cauliflower, water, etc.