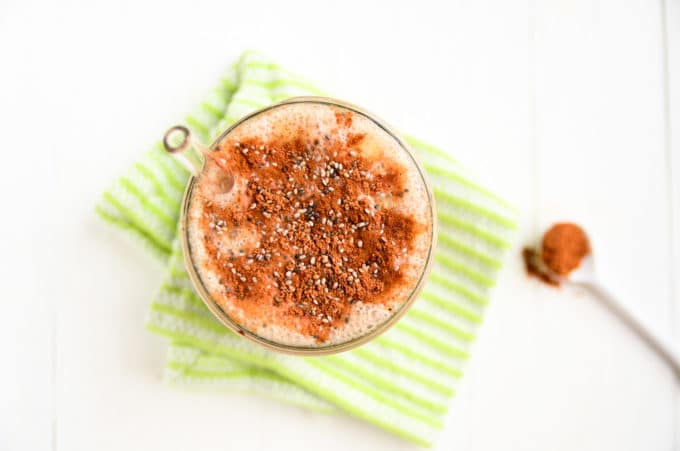 I used a similar line in this post just the other day but hey, it's true. So let's just keep on speaking the truth, alright? And the truth, my gorgeous blog friends = this creamy, cinnamon-dusted, apple-woven-throughout smoothie. Sometimes I think I get carried away with the hyphenated adjectives. Yes? No? Yes. I do. I'll admit it. But I love 'em. 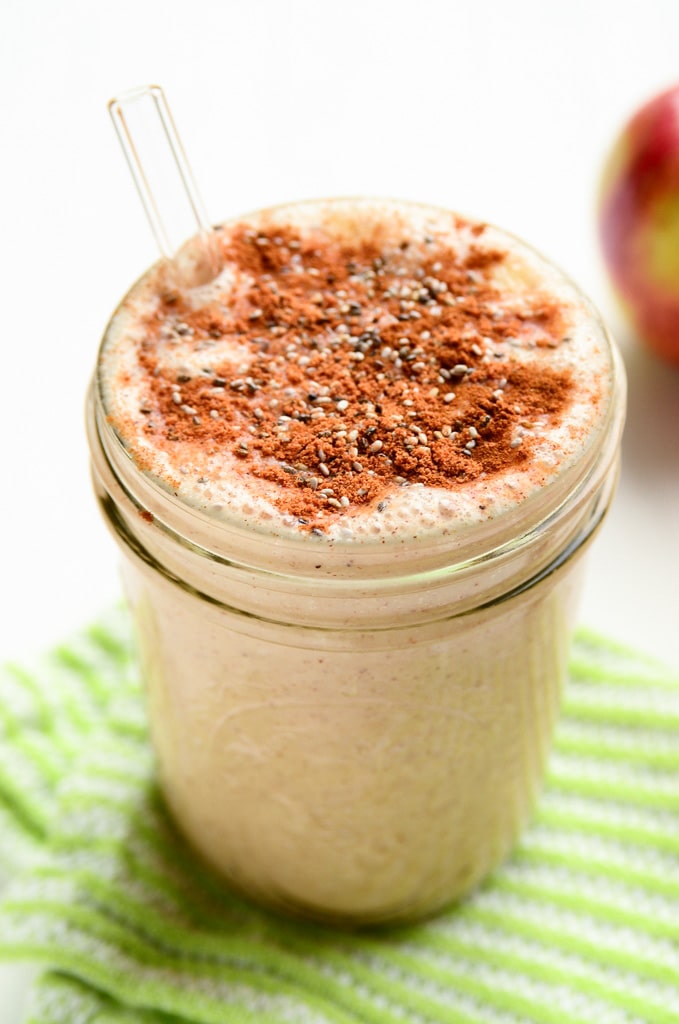 At this point, we're within an arm's reach of a vegan Thanksgiving spread, and I'm certainly not suggesting something ridiculous like serving this smoothie for dessert. That would be against the rules. The internal rules of our minds and bodies that strive to maintain balance between all things, including healthy choices and treats. Go on and enjoy a slice of pie, and make sure you top it with coconut whipped cream instead of guilt. Most of us have taken a trip or two to shame, guilt, and all-around icky feelings after enjoying a meal; however, guilt is not welcome anywhere near our plates, forks, spoons, or knives. And it's certainly not welcome in our hearts. Move on, guilt. You've been replaced by self-love.

When should you have this vegan cinnamon apple pie smoothie? Whenever you feel like it.

To make it, you'll simply toss a frozen banana or two, a peeled apple, almond milk, almond butter, cinnamon, and nutmeg into a blender. After blending to perfection in a quick minute, you'll pour this apple-cinnamon smoothie into a glass, and sprinkle with the toppings that suit your fancy. Chia seeds and cinnamon suited my fancy on the day I photographed this recipe, so there you have it. 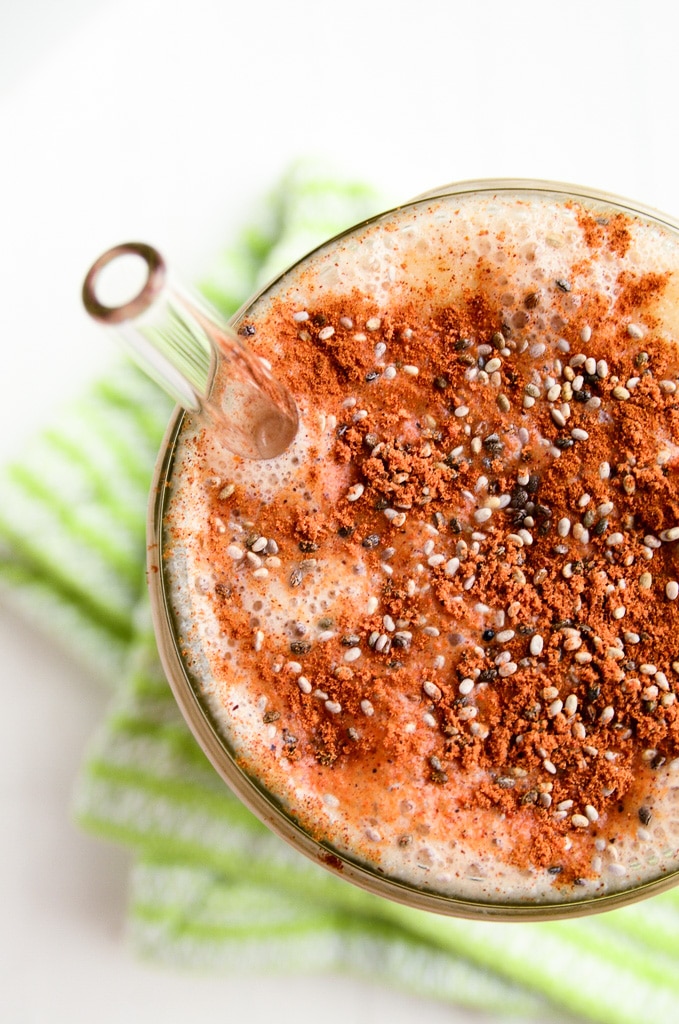 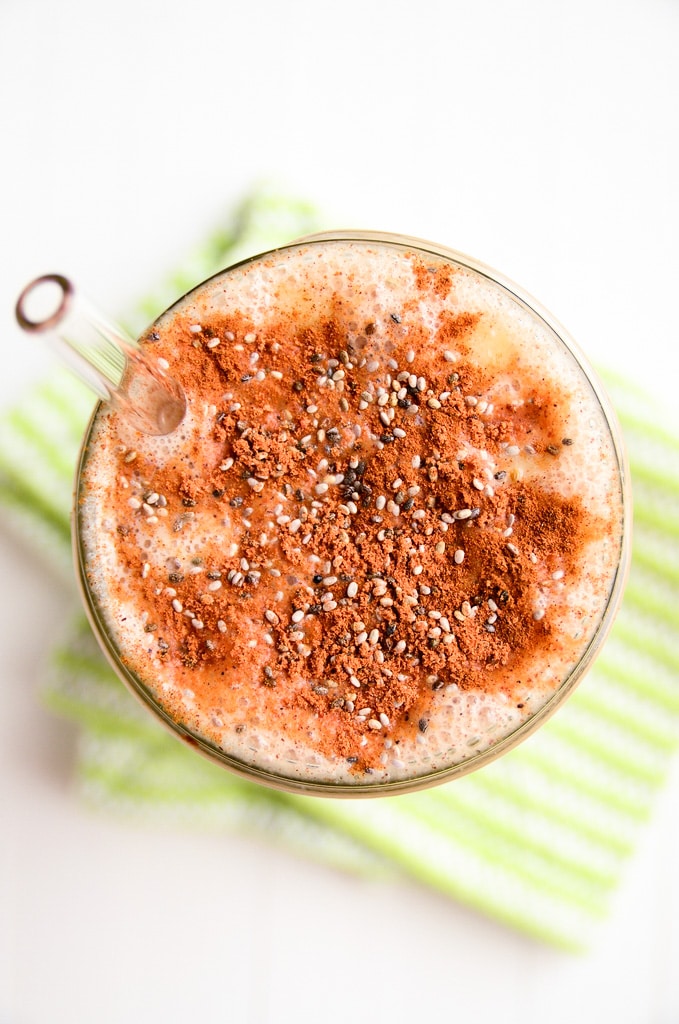 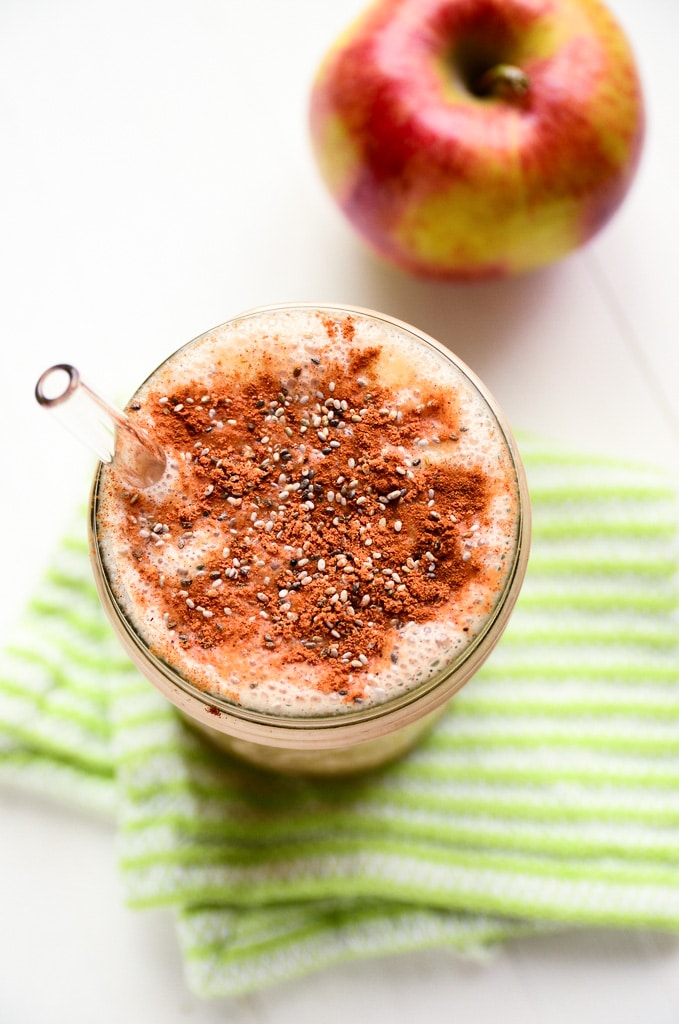 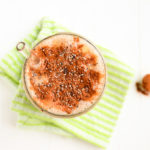 To make this vegan cinnamon apple pie smoothie, simply toss a frozen banana or two, a peeled apple, almond milk, almond butter, cinnamon, and nutmeg into a blender. Once blended, pour this apple-cinnamon smoothie into a glass, and sprinkle with the toppings that suit your fancy. I love a few pinches of ground cinnamon and a sprinkle of shelled hemp seeds.
Course Smoothie
Cuisine Gluten-Free, Grain-Free, plant-based, Vegan
Prep Time 5 minutes
Total Time 5 minutes
Servings 1