This vegan Maple Millet Porridge with Candied Coconut-Maple Topping offers the best of everything: creamy, nourishing, sweet, crunchy, filling, and buttery with toffee-like notes and just the right amount of sea salt to make those flavors pop. 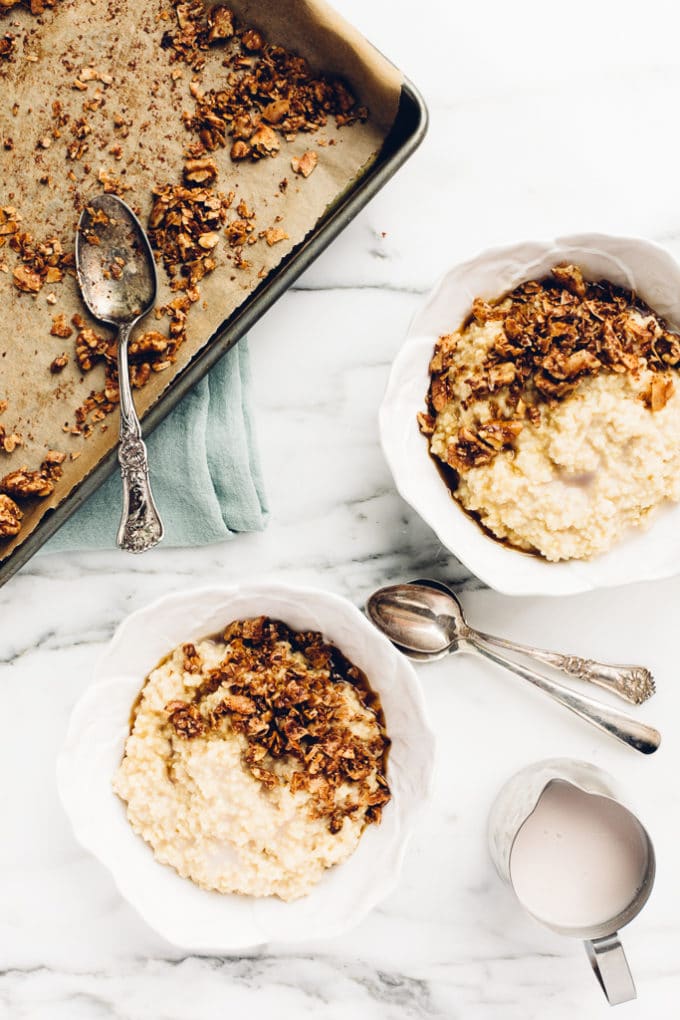 A bit of enthusiasm on a Monday morning does a week good, doesn't it? Fingers crossed.

If a cheery greeting (yellow heart and all) isn't enough to elevate your spirits, then perhaps this divine breakfast will do the trick.

Plus, there's something about this breakfast that feels a bit decadent. And decadence on a Monday morning is my favorite way to gain an upper hand and remind this potentially manic weekday who's boss. No need to hoard all the fun and deliciousness within the weekends; we can make each and every day an opportunity for excitement if we put our hearts to it. 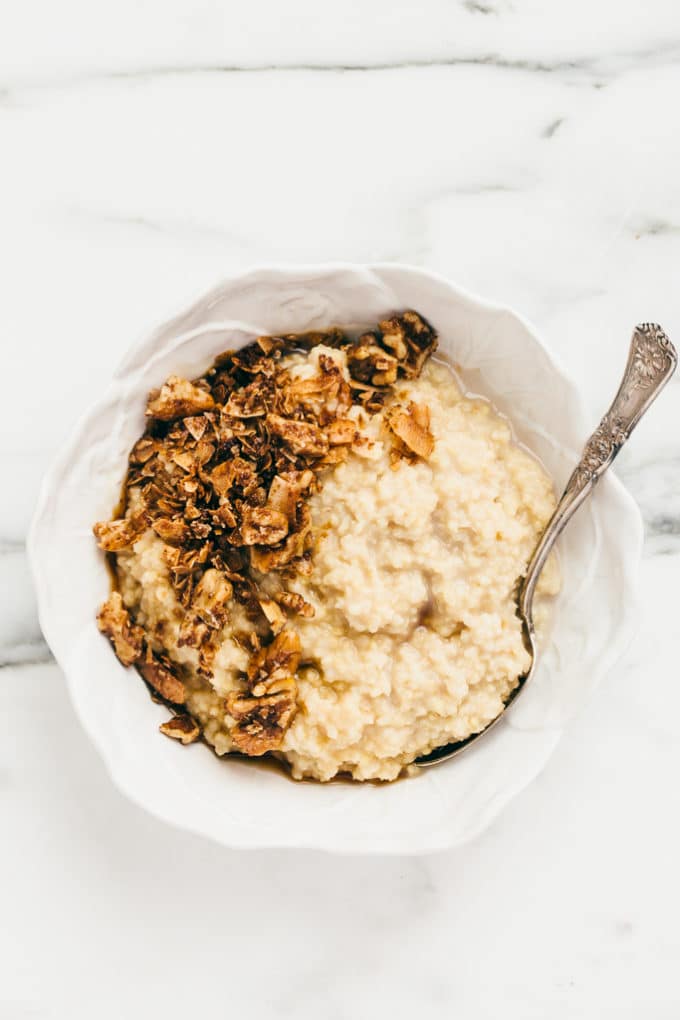 This dreamy breakfast is a two-part process.

You'll start with the candied coconut-walnut topping. Sounds more complicated than it is, I promise. This game-changing topping is easy like Monday morning. 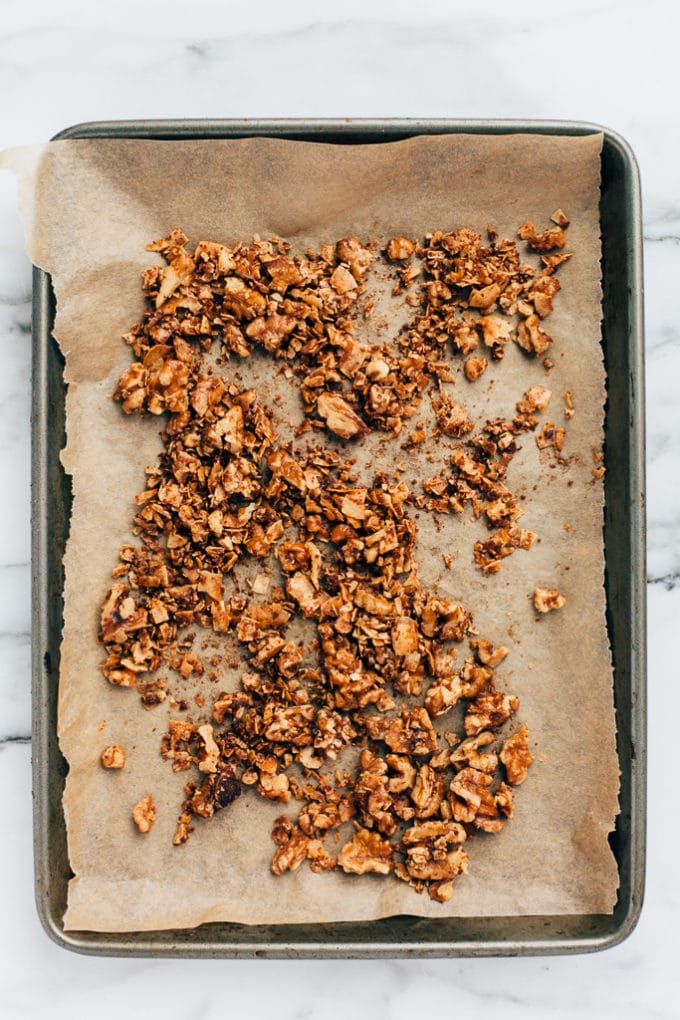 While the topping bakes, you'll take on part two: the maple millet porridge.

If you're not familiar with millet, allow me to briefly introduce you to this lovely gluten-free grain. First thing's first: millet looks like bird seed. Which makes a whole lot of sense, because it is birdseed (or at least the main ingredient found in it). And you know what? The birds are onto something. Because millet is nutrient packed, serving as a good source of copper, manganese, phosphorus, and magnesium. Plus, this mildly-flavored, nutty seed has a creamy starchiness that makes it an excellent stand-in for oats in this porridge.

To make the maple millet porridge, you'll start by gently toasting the millet in a saucepan until it's light golden and wafting a subtle toasted scent. Once it's toasted, you'll add a couple cups of water and simmer the millet until it's tender and fluffy. Then, stir in coconut milk (from a carton, not a can), pure maple syrup, vanilla, and sea salt and continue to simmer until it reaches your preferred consistency. If you'd like an added boost of delectability, stir in a pat of virgin coconut oil once you've removed it from the heat -- it adds a silkiness to the texture as well as a smooth richness to the flavor. 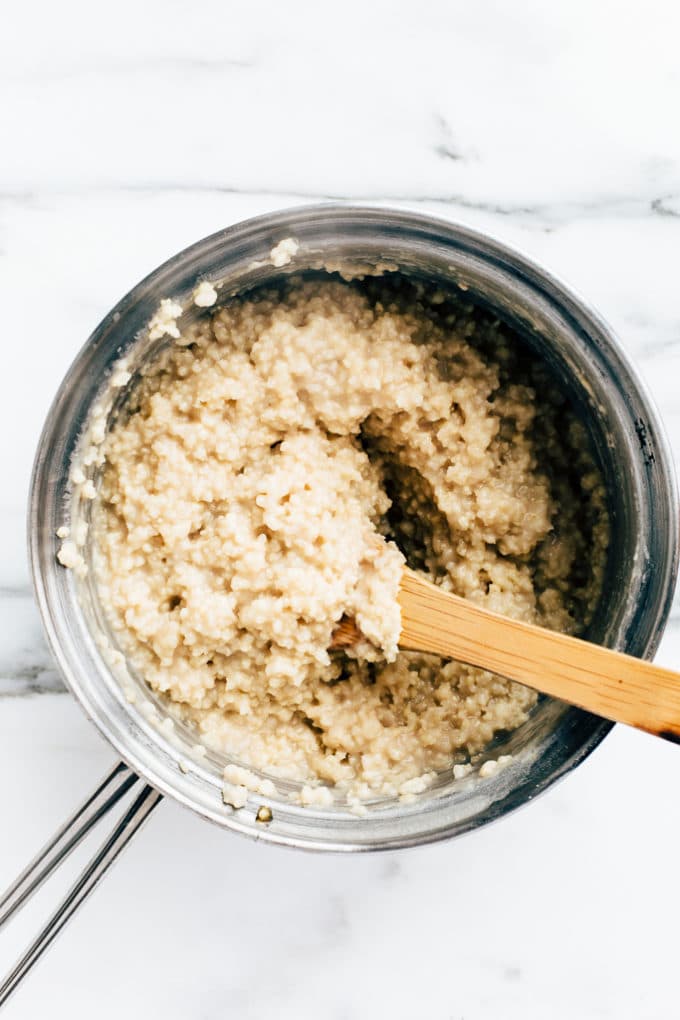 Once both components are complete, divide the porridge between bowls and generously sprinkle with the coconut-walnut topping.

You can enjoy it as is, but if you really want to up the ante, lightly drizzle the top with maple syrup and coconut milk. Go on and get a little wild and show that Monday who's boss. 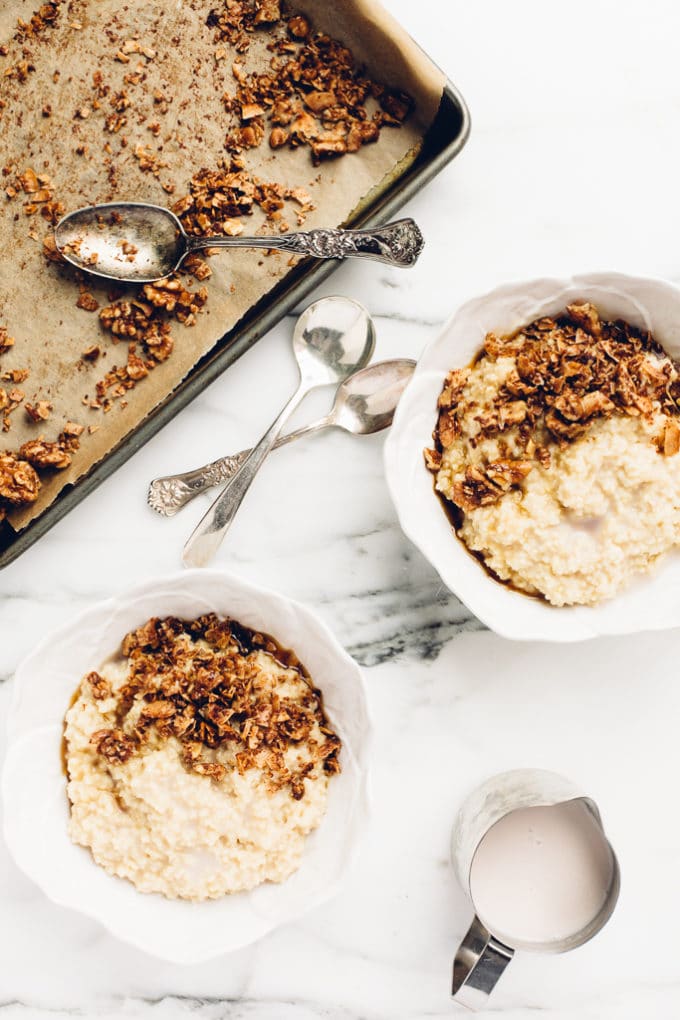 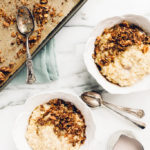 For the Candied Coconut-Walnut Topping

For the Millet Porridge