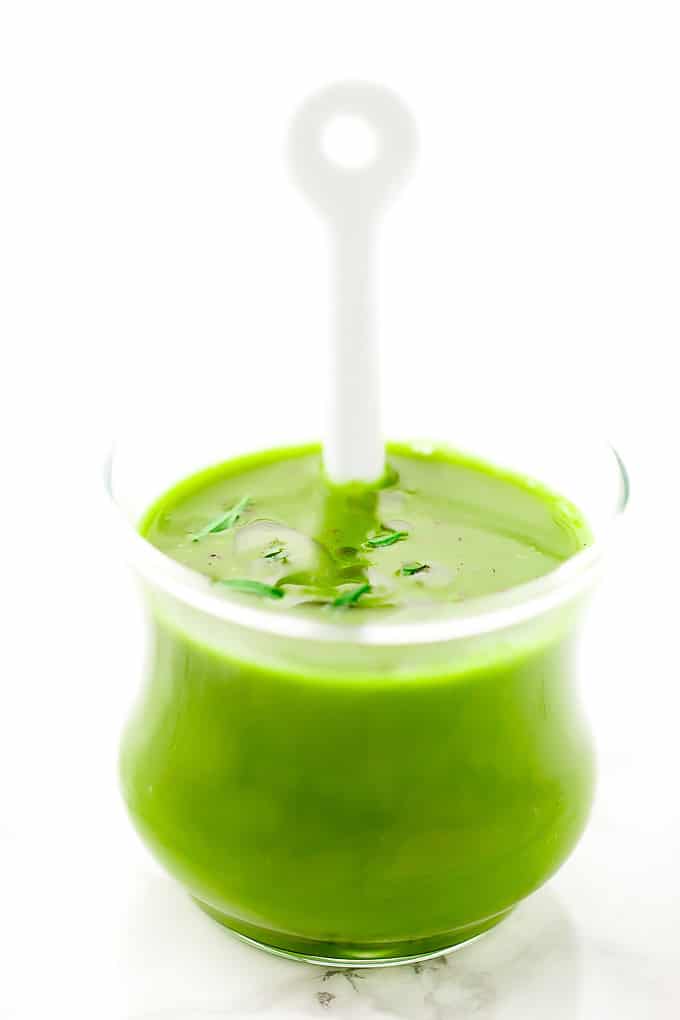 A few weeks back, we spent the weekend in Pennsylvania to celebrate our youngest niece's first birthday. It was a sweet, love-filled celebration for one adorable, super smiley little lady.

We flew out of Chicago early Friday morning and touched down in Harrisburg with the entire day ahead of us. We grabbed lunch with Dan's mom, dropped by a family friend's house to chat, and even had time to visit the school where my sister-in-law Amy teaches fourth grade.

We checked in at the school's main office and then made our way through the halls. As we approached Amy's classroom, we were greeted by 30 cheering, clapping kiddos. You would have thought we were three celebrities toting trays of cupcakes and buckets of candy given how excited they were.

As Dan headed through the door, their excitement exploded into high fives, smiles, and curiosity. A greeting line formed in front of him and he doled out high fives and salutations to each and every kid. The students' profound respect and admiration for Amy, their teacher, could be felt simply by watching the way they enthusiastically greeted her big brother, Dan.

We spent about an hour in the classroom, in awe of Amy's empowering, compassionate approach, before making our way back to Dan's parents' house. Much of Friday night and Saturday were spent enjoying family time. On Sunday, friends, family, and little ones showed up in droves for the special bday celebration.

After a brief but fun weekend, we returned to Chicago on Monday and settled back into the weekday work groove...

Come Wednesday, Dan was feeling feverish, achy, and rundown. By Thursday, he was in the throes of a full-blown head cold, and a few days later, I was too.

Whether that nasty cold bug was caught from traveling, the big birthday celebration, or all those high fives, we'll never know.

Lucky for us, the origin doesn't matter much. What does matter, however, is this glowing green immunity broth. At Dan's first hint of sickness, I made a big pot of this cold-busting broth in hopes that it might offer a bit of comfort.

A few days later, I was back in the kitchen preparing a batch for myself. Only the second time around, I upped the amount of immunity boosting garlic, antiviral/antibacterials herbs, and anti-inflammatory celery to glowingly green proportions. 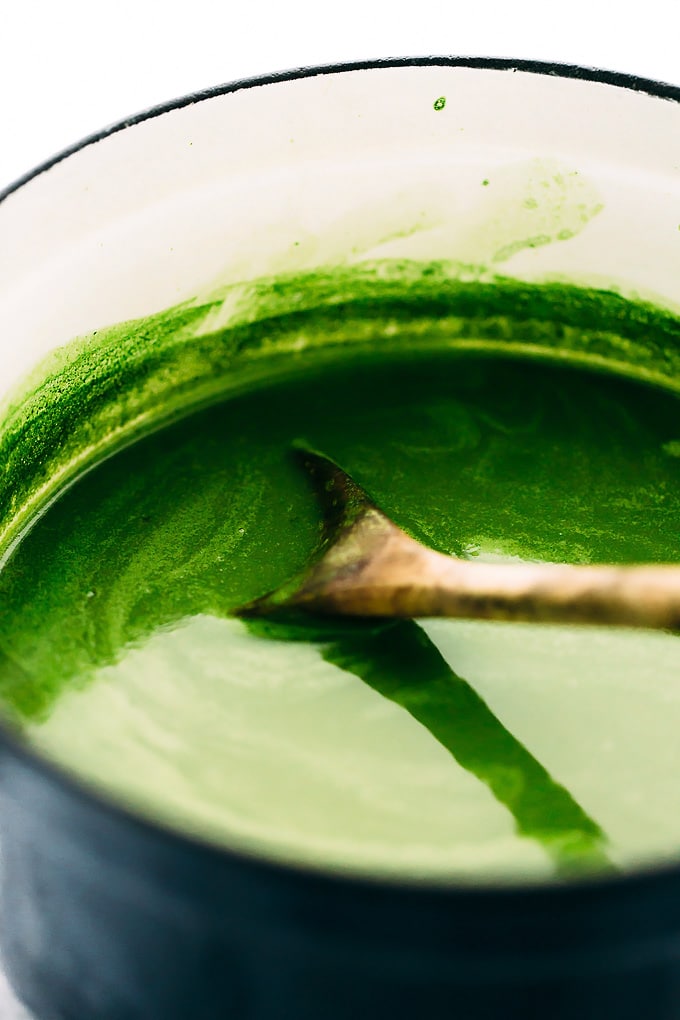 Admittedly, it's not the prettiest soup to look at. If you're sensitive to swampy looking foods, this probably isn't your bowl of soup. However, if you can move past its shocking green glow and take a sip, you'll be delighted.

This glowing green immunity broth is soothing, garlicky, and incredibly comforting. Most importantly, it's PACKED with ingredients hailed for their immune-boosting, cold-busting properties.

Here's a rundown on the good stuff...

This broth is made with eight—yes, 8—cloves of garlic. When garlic is crushed, minced, or chopped, an enzymatic reaction takes place and Allicin—an oily compound—is released. If you've experienced the aroma of fresh garlic, that's good ol' Allicin making herself known. Studies have suggested that Allicin and other organosulfur compounds found in garlic could induce immune-boosting benefits within the body.

Specifically, preliminary research on the effects of garlic extract (read: Allicin) on common illnesses (e.g., cold and flu viruses) found that, although the NUMBER of self-reported cold or flu illnesses was similar between treatment (i.e., garlic extract) and placebo groups, reports suggested that garlic extract significantly reduced the SEVERITY of  cold or flu symptoms.

This broth is packed with anti-viral and anti-bacterial herbs, including fresh parsley, basil, chives, and a hint of tarragon. Chives, in particular, are praised for their antiviral properties, while parsley, basil, and tarragon are known for their green-hued kick of antioxidants. The herbs are blended into the broth at the end of cooking to maintain as many nutrient perks as possible and to keep their combined green hue bright and vibrant.

Celery punches up the soothing, savory flavor in this broth and lends an anti-inflammatory helping hand. Praised for its diverse collection of phytonutrients, many of which fall under the umbrella of "phenolic antioxidants", celery has been labeled "an ancient healing food" for its reputation as a cold- and flu-buster.

A spoonful of nutritional yeast (aka "nooch") deepens the flavor of the broth and offers a gentle nudge of B vitamins. Like the ingredients mentioned above, nutritional yeast, too, is touted for its antiviral and immune-boosting properties.

To make this glowing green immunity broth, you'll start by sautéing onion, celery, and lots of fresh garlic. Once the veggies have softened, you'll stir in a quart of vegetable broth, bring the mixture to a boil, and simmer for 15 minutes. 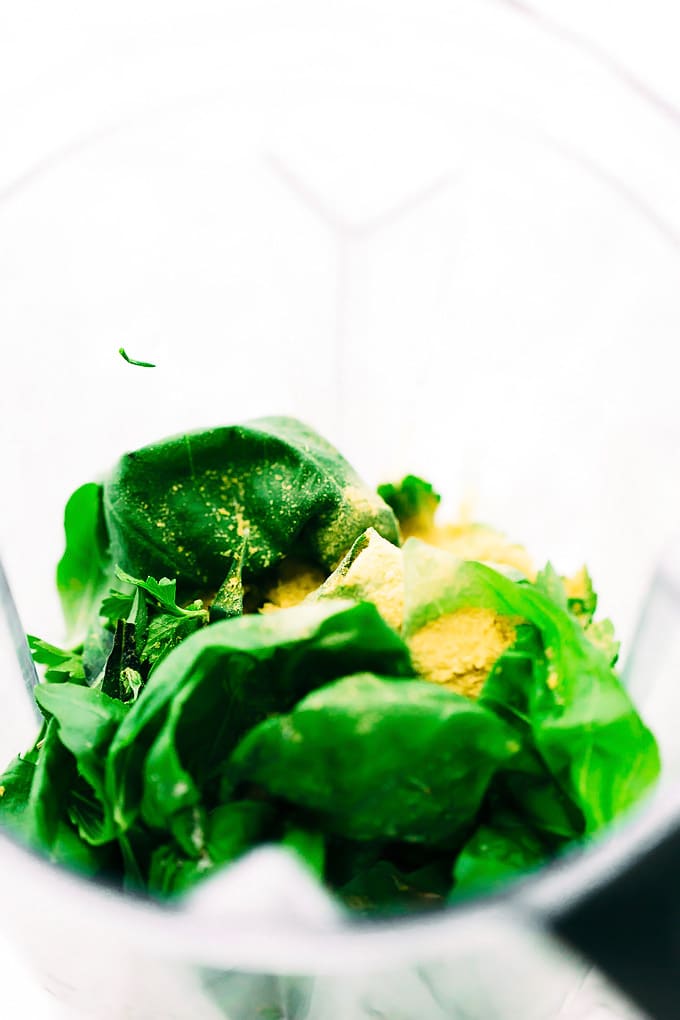 Once the broth has finished simmering, strain it to separate out the solids (i.e., onion, celery, garlic).

Then, pour the broth over the prepared herbs. 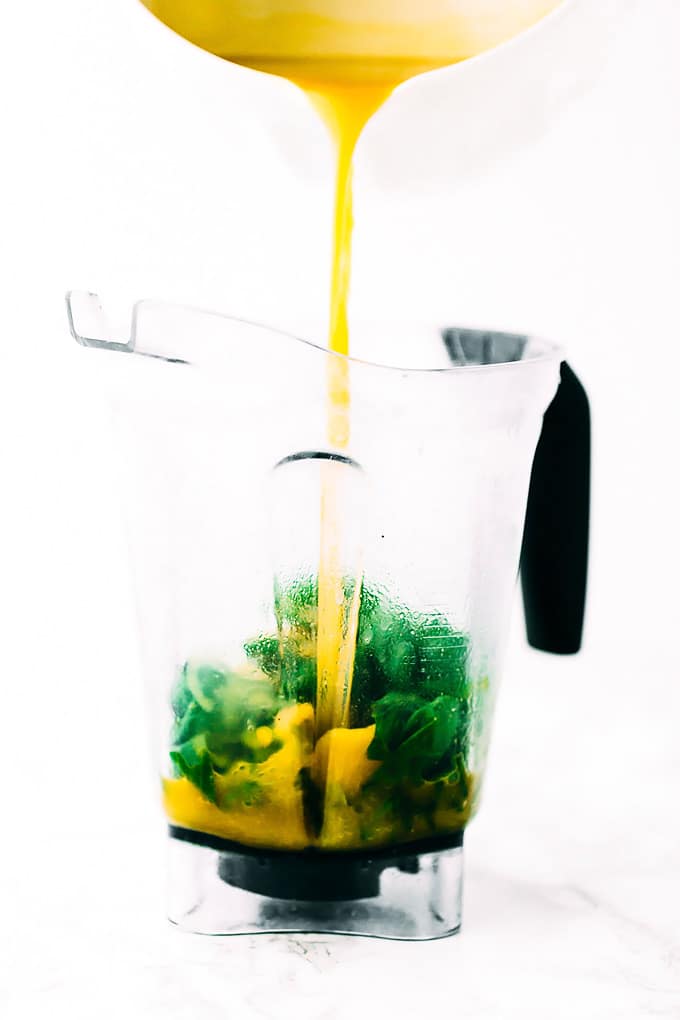 Blend the mixture until the herbs mesh with the broth, illuminating it with a vibrant, spring green tinge.

Leave the broth as is or simmer it for another minute or two to mellow the zesty bite of the fresh herbs. 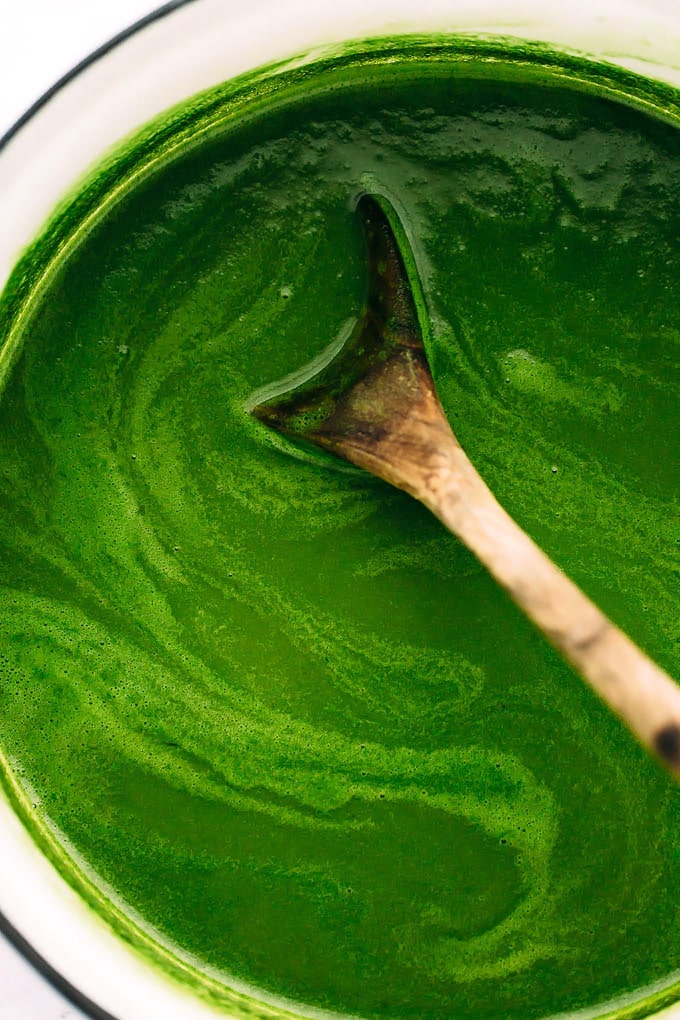 Then, ladle into a mug and sip away or go bowl-and-spoon, if you prefer.

Finally, cozy up and bask in the warmth and comfort. 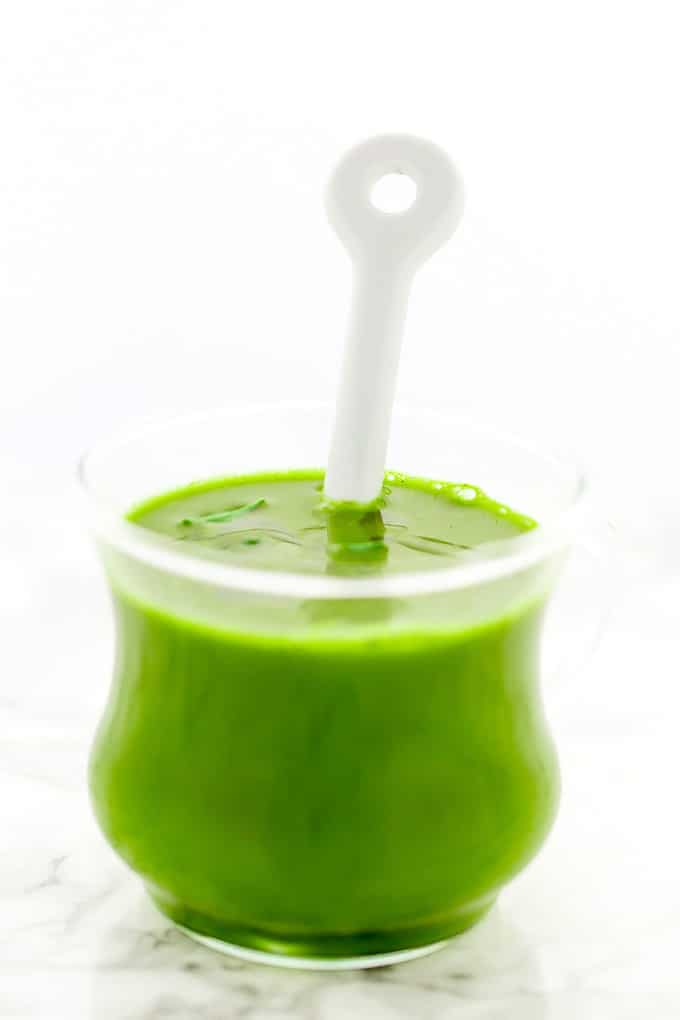 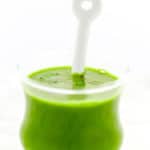