This epic vegan rainbow veggie wrap is brimming with vibrant, nourishing veggies. A whole wheat lavash wrap (or tortilla) is slathered with magenta-hued beet hummus and stuffed with Dr. Praeger's California Burger, mixed greens, julienned carrots + cucumber, avocado, red onion, and pickles (if you please). A drizzle of tangy balsamic vinaigrette is the finishing touch before you roll, slice, and savor. 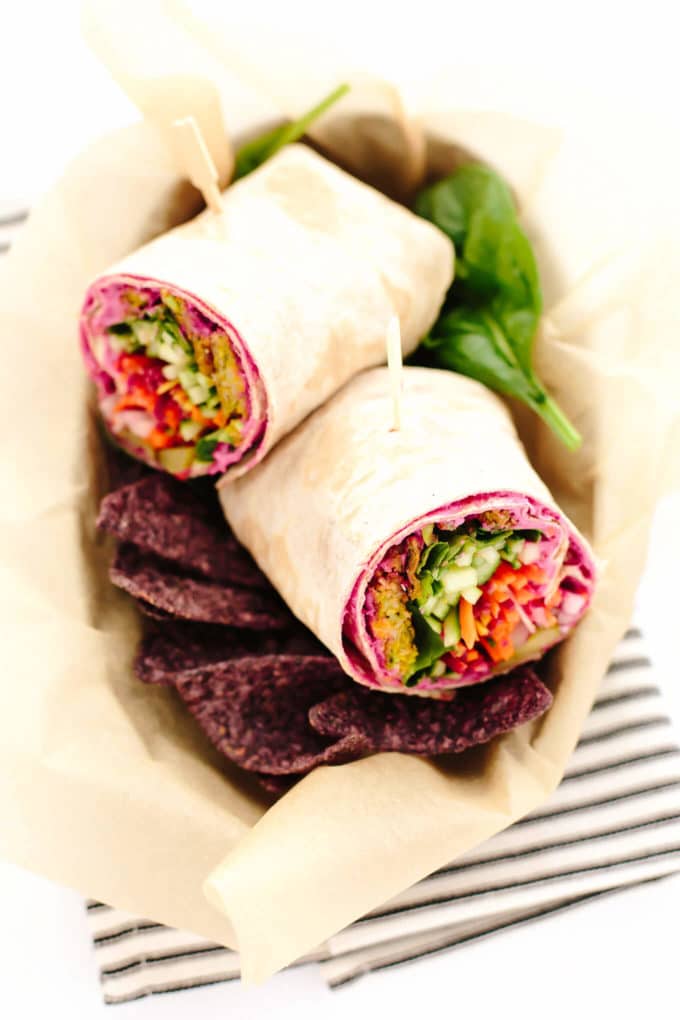 This post is sponsored by Dr. Praeger's. All thoughts and opinions are my own.

Late last month, Dan and I celebrated our fifth wedding anniversary. We've been married for five years and together for ten, and yet our time together has flown by in what feels like an instant. I suppose that's a good thing, right?

This year, we remembered that special day in June of 2012 from the comforts of the left coast. We stayed with friends in Portland, and they suggested we drive to the shore to spend the day at Cannon Beach. And so we did.

We spent much of the two-hour drive chatting and reminiscing about our favorite memories together—from the early days of friendly flirting via AOL Instant Messenger to our most embarrassing/hilarious moments together.

Once we arrived in Cannon Beach, we bopped into a local cafe to pickup sandwiches to go, and then toted them to the nearest beach entrance for an impromptu picnic.

I had ordered an unassuming vegetarian wrap and was pleasantly surprised upon first bite. It was a humble combination—hummus, spring greens, tomato, onion, red pepper, avocado, cucumber, and a drizzle of vinaigrette all wrapped up in an extra roomy spinach tortilla—but there was something so darn delicious about it.

Every bite boasted an effortlessly special punch of flavors and textures—crisp, crunchy, creamy, tangy, zesty, fresh, and enlivening—and I truly could not get enough of the colorful sandwich. Granted, pregnancy has caused my appetite to increase quite dramatically at times, but I really, truly could have eaten two of those generously sized wraps in one sitting.

Instead of sprinting back to the cafe to order a second wrap, I opted for a side of fresh fruit and some extra crunchy salt and vinegar chips, but I vowed to recreate a variation of that satisfying wrap as soon as we arrived home.

And so here you have it, the epic vegan rainbow veggie wrap... 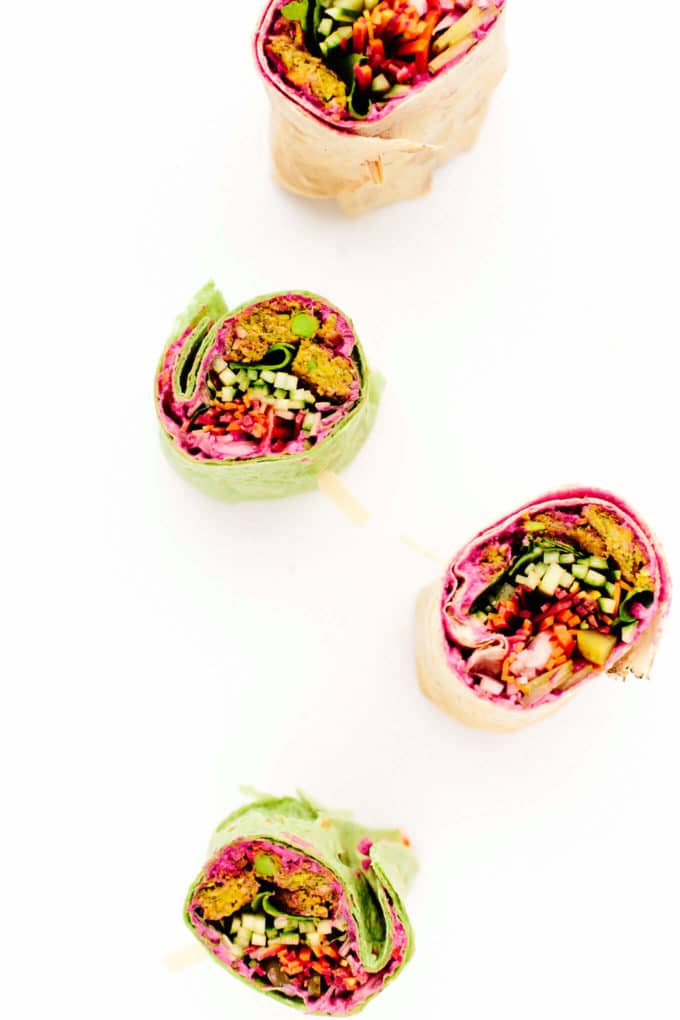 This sandwich is an extra special play on that beloved Cannon Beach wrap.

A whole wheat lavash wrap or spinach tortilla (your pick) is stuffed with a vibrant array of goodness, including:

» A drizzle of tangy vinaigrette 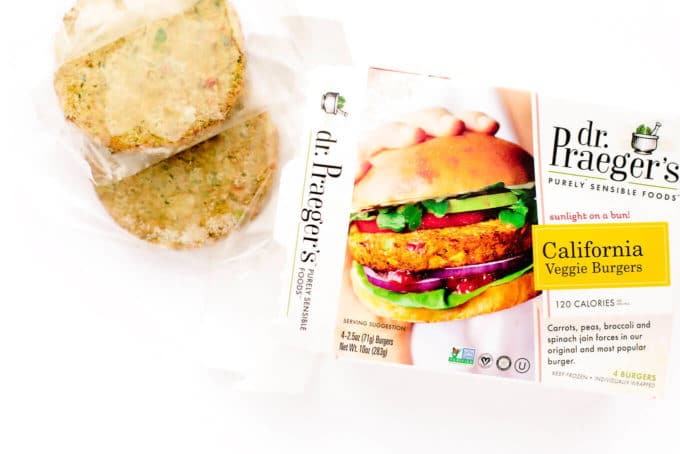 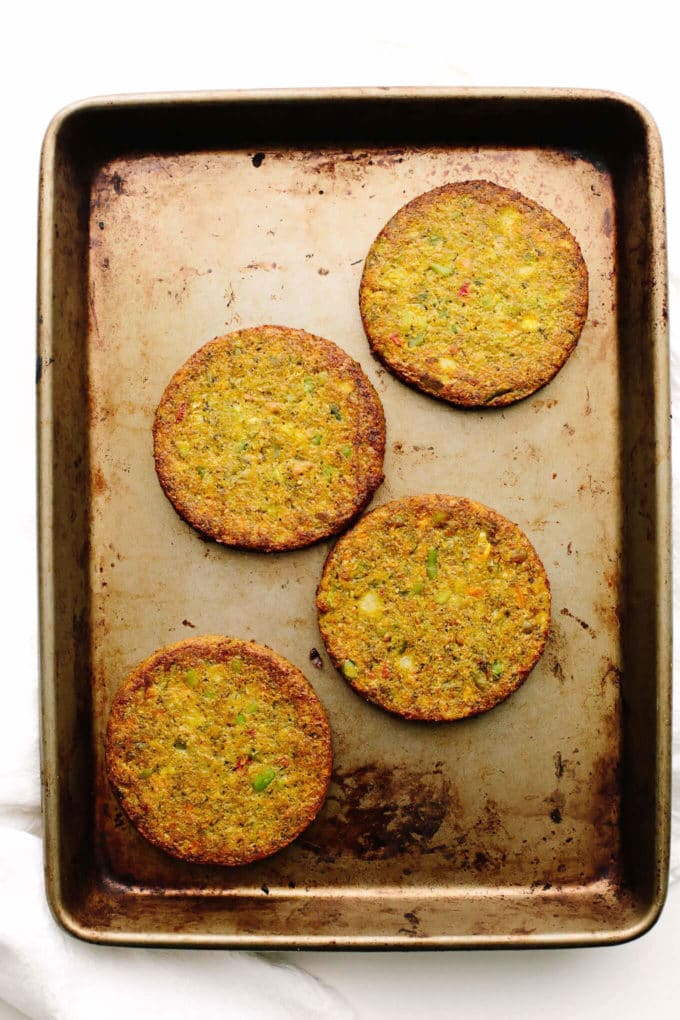 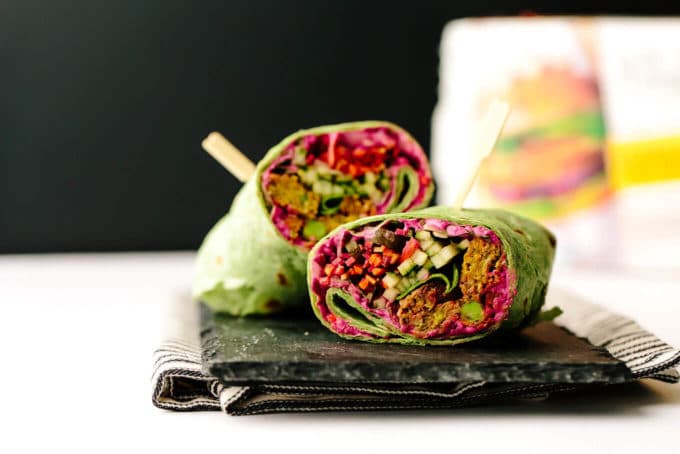 The result is a vegan sandwich that is just as flavorful and satisfying as it is vibrant.

The addition of the Dr. Praeger's California Veggie Burger offers an oomph of protein + fiber and lends savory notes that complement the fresh veggies in the best of ways.

Feel free to mix and match the veggies, hummus, and vinaigrette to suit your tastes. Roasted or fresh red peppers, tomatoes, jalapeños, and spiralized beets are just a few of the extras I've been adding as of late! 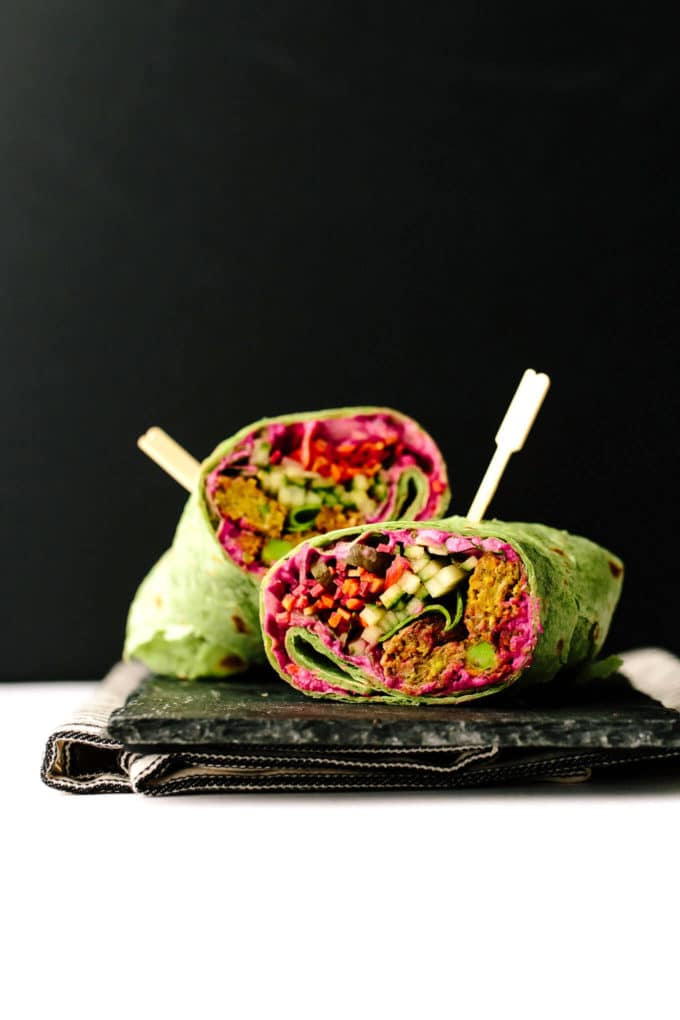 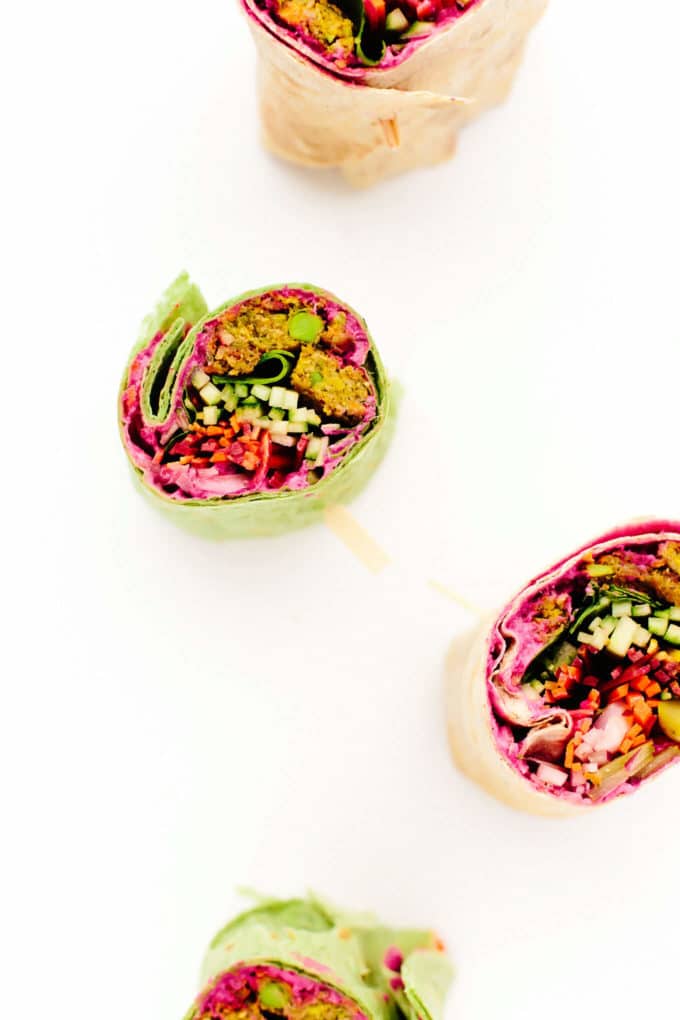 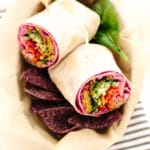 *If you can't find store-bought beet hummus, make your own by stirring finely grated fresh beet into plain hummus or garlic hummus until desired color is reached.