This vegan caramel & vanilla cheesecake with fresh berries proves that good things come in small packages. Although just 5 inches in diameter, this vegan cheesecake packs a mighty punch of deliciousness. A simple raw almond and date crust is topped with a rich cashew-coconut cheesecake layer, and a heavenly 5-minute vegan caramel coats the entire surface. Fresh berries embellish the top, bringing balance and brightness to a dessert that might otherwise get a bit carried away with itself. 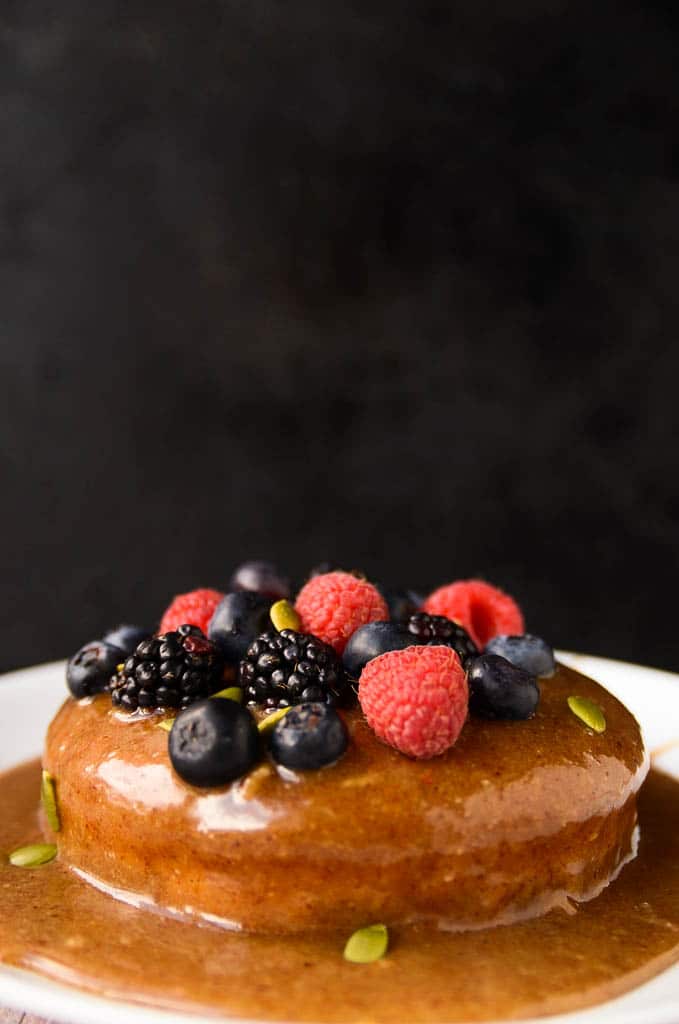 As another school year draws to a close—only four more weeks left in this year—I find myself thinking about the things that I have learned since last August. Although I don't officially identify as a student anymore, I'm still learning new things day in and day out. The students I work with teach me more than I ever could have imagined. They're really, truly awesomely amazing. Have you ever noticed that I love adjectives? Perhaps just a little too much but sometimes there is no better way to make a point.

Prior to starting my first post-grad school job nearly three years ago, I was always thinking about the ways I hoped to help students and what I might teach them. I never gave much thought to the idea that they might teach me a thing or two... or an infinity of things. Some things they've taught me have been humbling life lessons of compassion and empathy. Others have been slightly less important lessons but still quite interesting, like what YOLO means or that "inboxing" is sending someone a facebook message. Oh yes, and that I should never attempt to stop a sophomore boy from swinging his backpack around like a helicopter unless I prefer to wear my coffee instead of drink it.

If I ever write a book about my career as a school psychologist, I think I'll go ahead and title it Life Lessons in Coffee Spills and Compassion.

But in all seriousness, I'm so grateful to work with such genuine, inspiring, and hilarious teenagers who always know how to keep it real and remind me of what's really important in life. Cheers to another successful year coming to a close and another summer on the horizon. Now, let's eat cheesecake.

This caramel-coated vanilla cheesecake is the epitome of decadence. There are three layers to its deliciousness:

2| A cashew, coconut butter, and coconut milk cheesecake layer that is sweetened with dates and spiced with fresh vanilla bean flecks.

3| A simple and heavenly caramel layer that adds a thick, stick-to-your teeth layer of gooeyness.

Fresh berries embellish the top of the cheesecake and add balance and brightness to a dessert that could otherwise get a bit carried away with itself. Although this cheesecake is tiny, just five-inches in diameter to be exact, it is absolutely mighty. Just a small slice does the trick, so we sliced it into six pieces. Of course, Dan and I ate all six pieces in just over 24 hours but who's counting.

...And we're back with another edition of Sound Bites! I'm crossing my fingers that this one doesn't remove the ability to comment on the post like the last one did. If you notice any issues, let me know.

This song is by Years & Years and the beat consistently makes Dan and I  actually dance around our house like total fools. Considering the taste of this cheesecake had the same effect this past Saturday, I figured this was the perfect song pairing for this recipe. Enjoy! 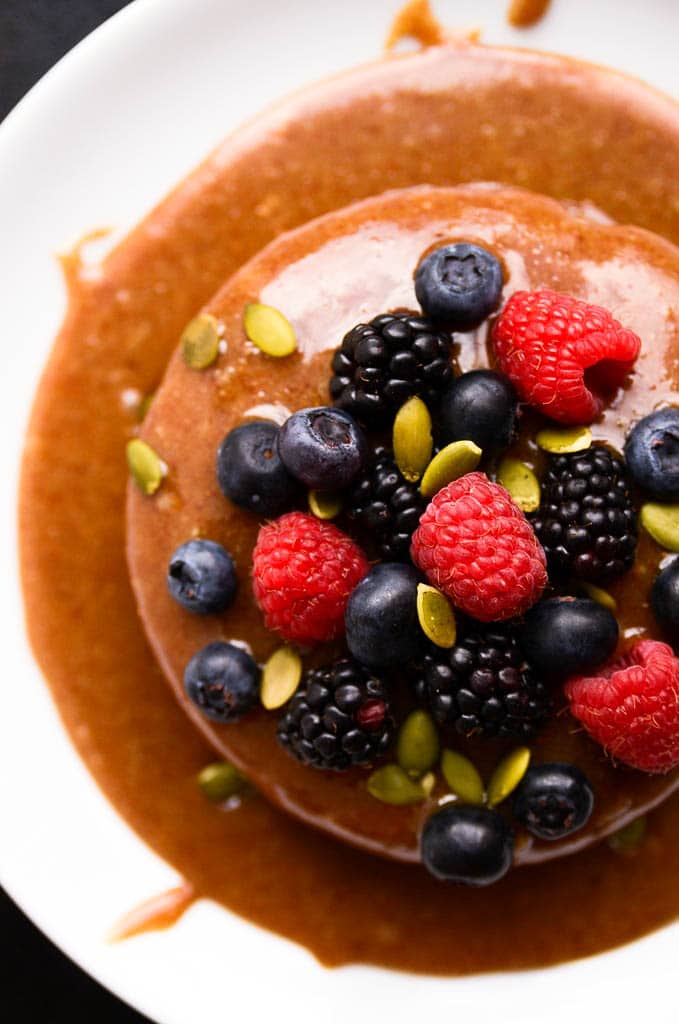 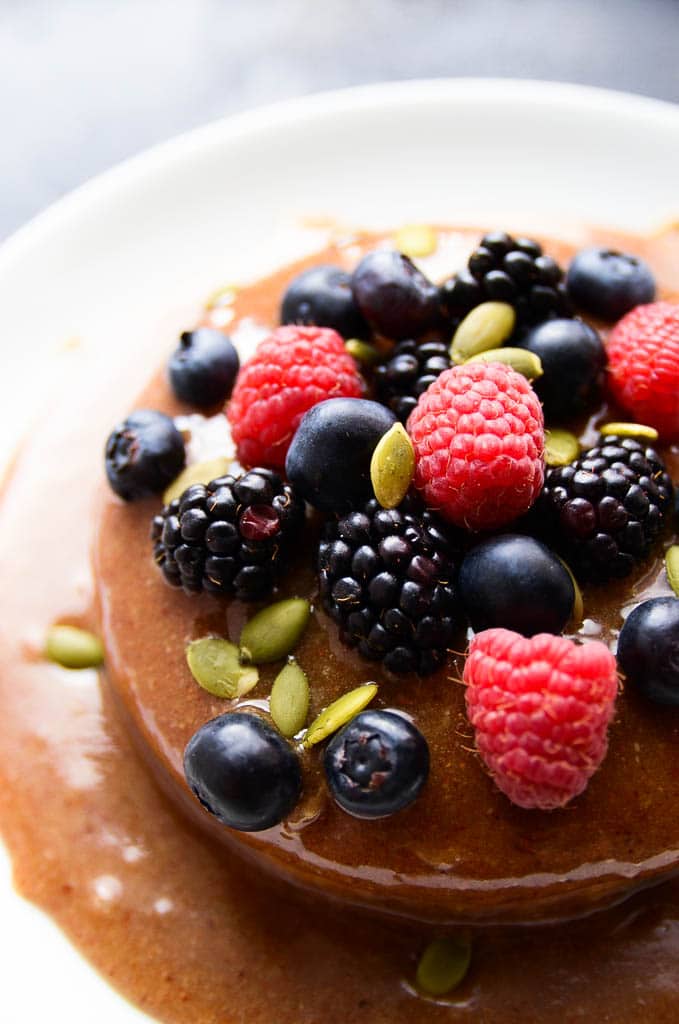 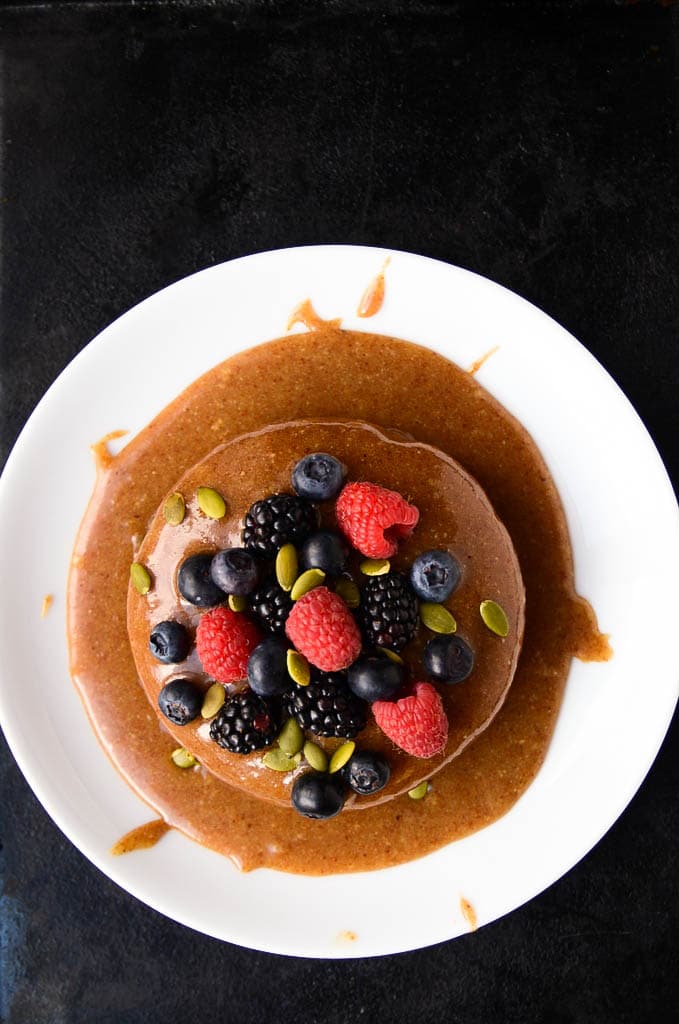 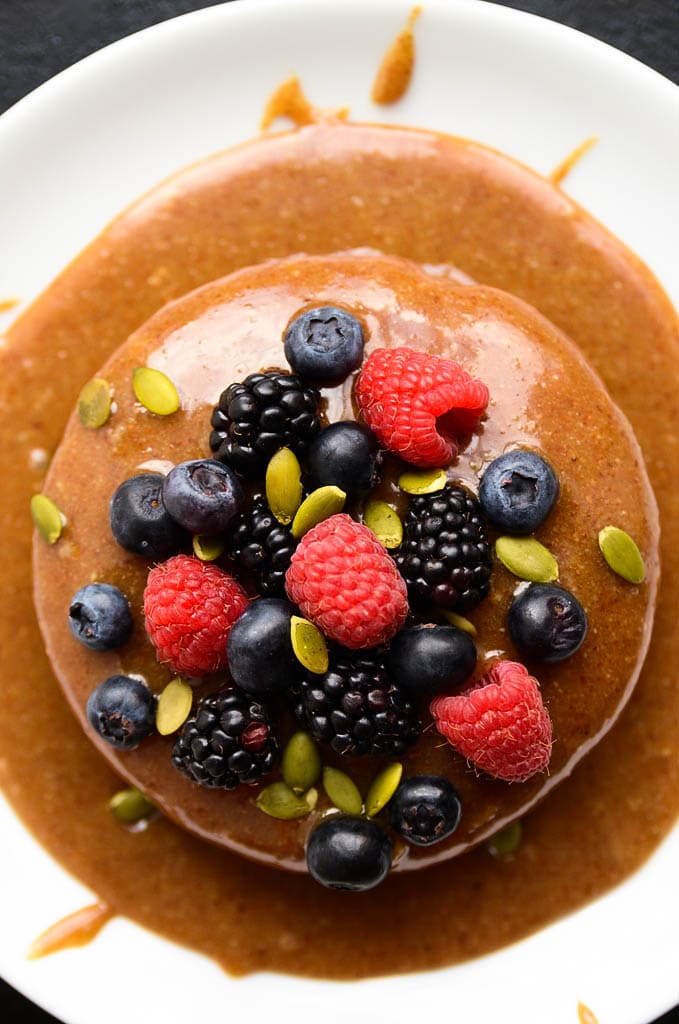 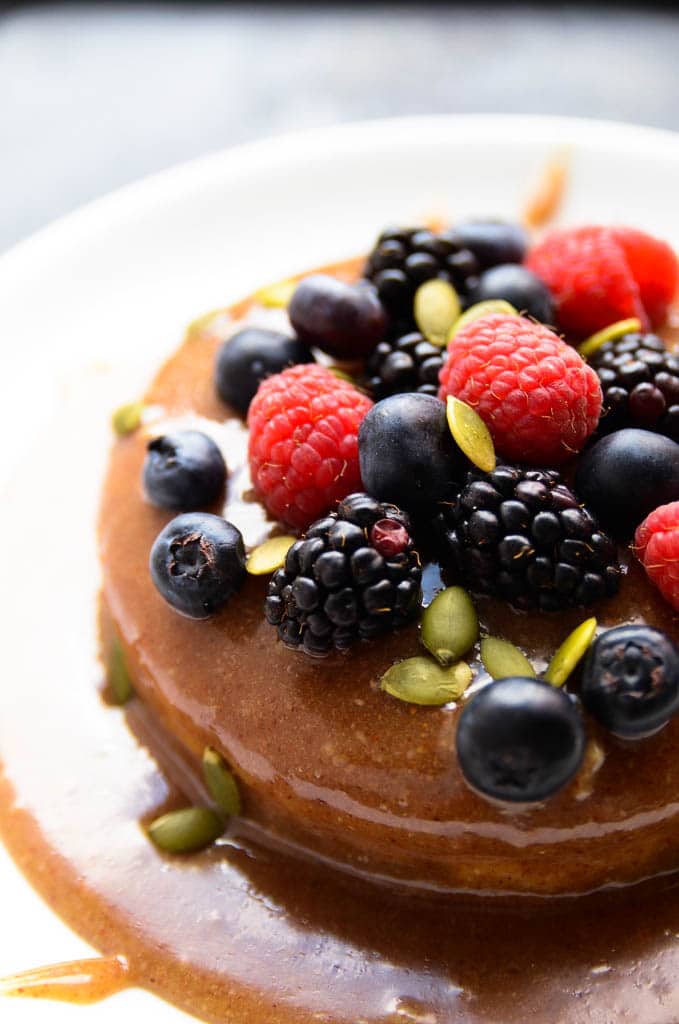 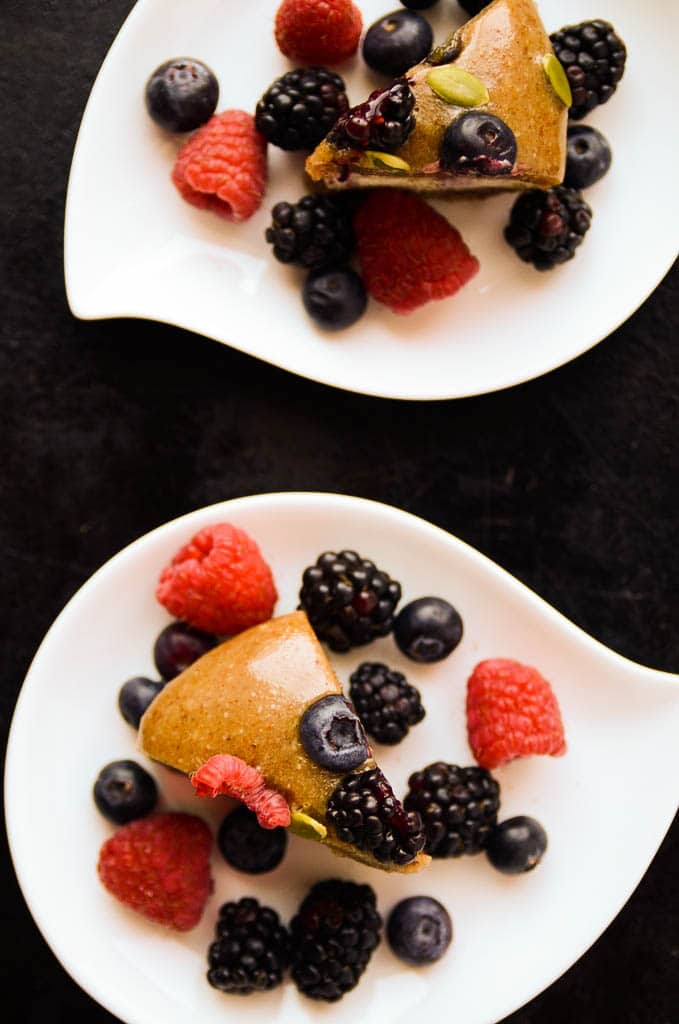 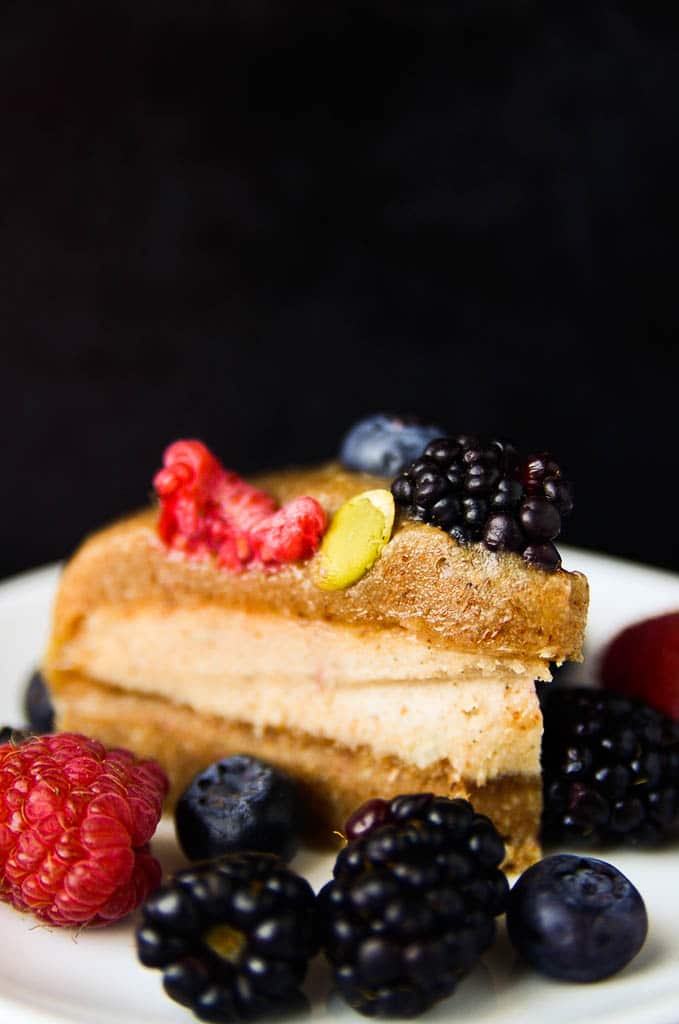 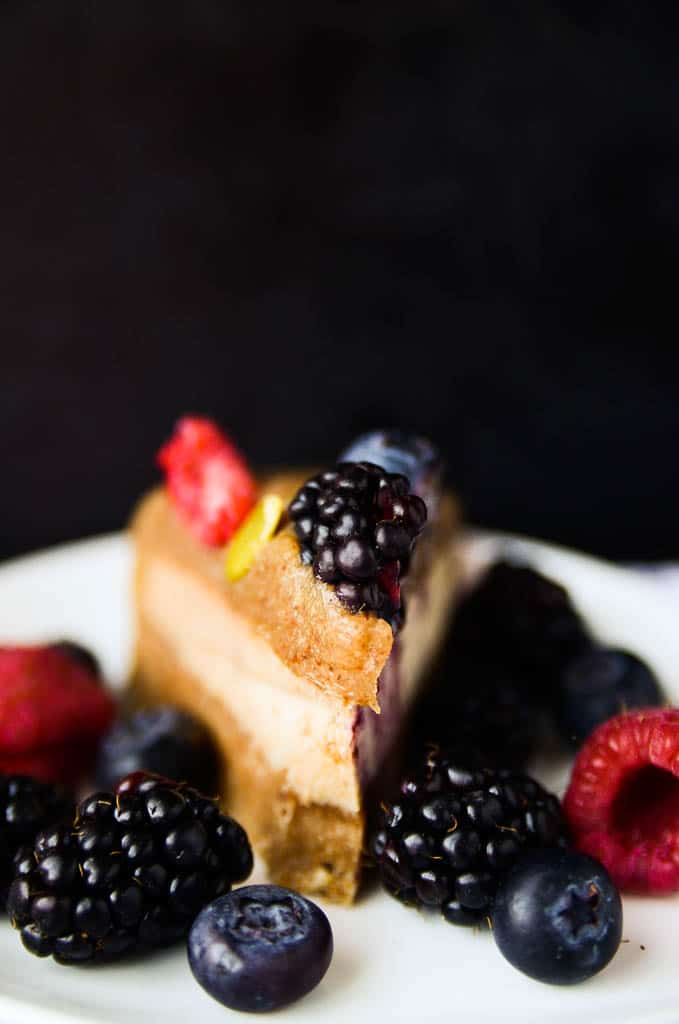 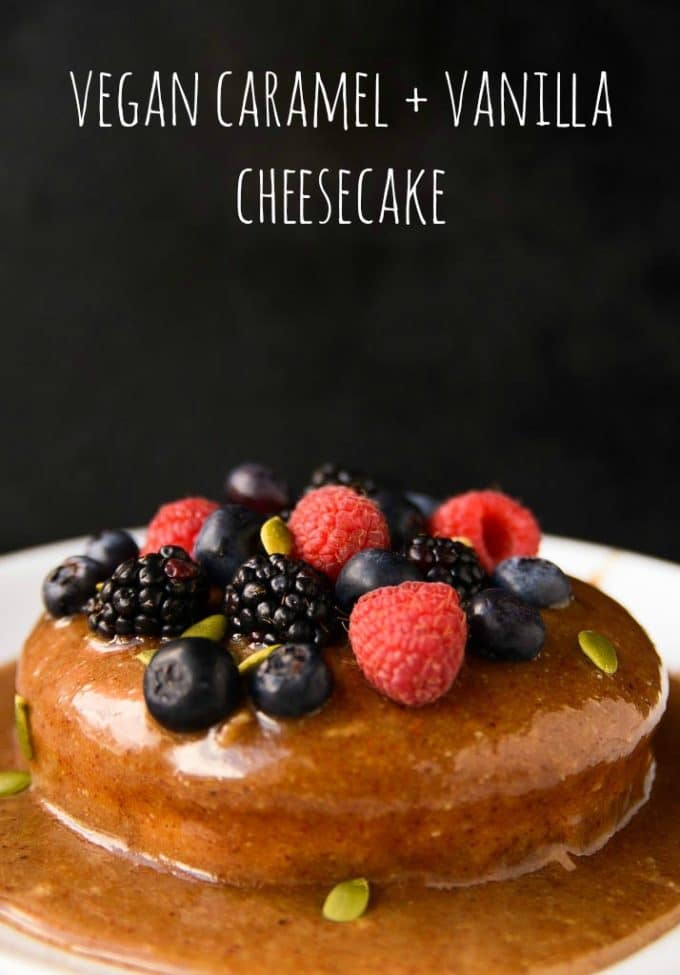 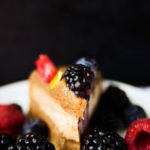 For the Vanilla Cheesecake Filling

For the caramel Topping

For the Vanilla Cheesecake Filling

Soak your raw cashews in warm water for at least 30 minutes prior to making the cheesecake layer.
For the coconut milk, scrape just the top layer of cream from the can.
The caramel recipe makes much more than you'll need to fill the remainder of the springform pan. I poured another heavy layer over the cheesecake in the photos to make it prettier to photograph, but you definitely don't have to add an extra layer of caramel. If you opt not to, pour the leftover caramel into an airtight mason jar and refrigerate for other sweet treats and desserts!