This post is sponsored by Nasoya. Thank you for supporting the brands that support Blissful Basil.

It's been two months since I've shared a dessert recipe with you, and that's far too long for my comfort.

And so I'm coming back strong as ever with one of my favorite dessert recipes to date.

This vegan triple chocolate mousse tart with hazelnut crust is sure to please everyone, vegans and non-vegans alike. It's out-of-this-world delightful with a filling that's both decadently rich and yet somehow pillowy and cloudlike.

The crust is something to write home about, too. It's made with hazelnut meal and oat flour, the combination of which results in a buttery, light, and perfectly crisp canvas upon which to slather all that chocolate. 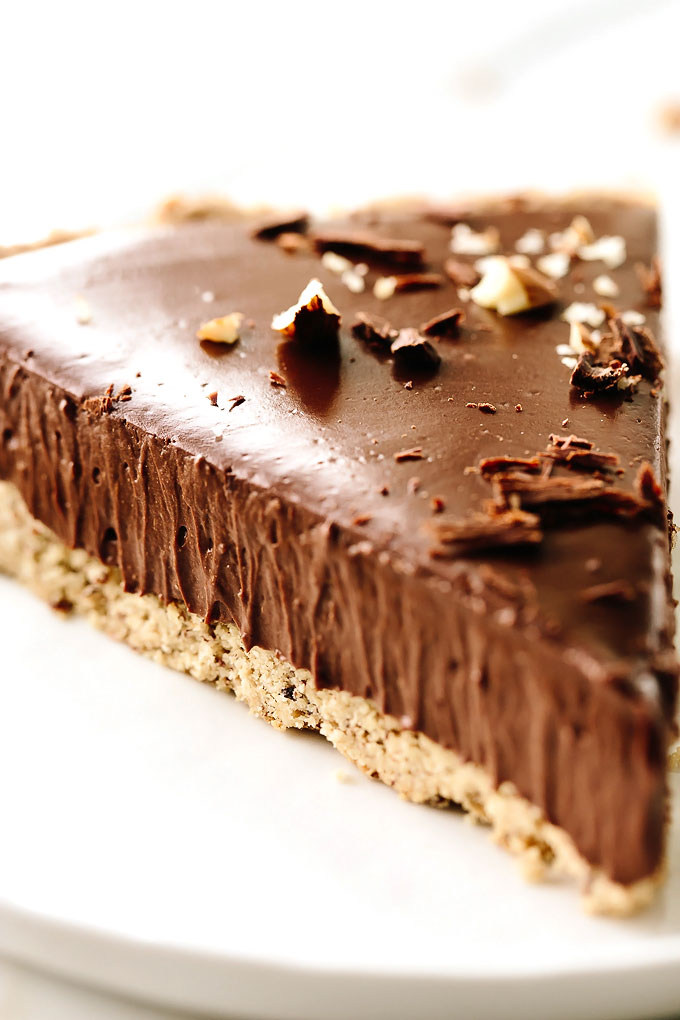 I have a feeling that from an outside vantage point, the manicured aesthetics of this tart make it appear as if it's wrought from one of those fanciful, fussy sorts of recipes. That couldn't be further from the truth. I promise.

This tart is surprisingly easy to make.

Of course, those you choose to share it should be none the wiser. Let them believe you labored over it for hours, carefully positioning each chocolate shaving across its silken surface.

To make it, you'll start by preparing the crust.

In a large mixing bowl, stir together hazelnut meal, oat flour, melted coconut oil, a bit of maple syrup, and sea salt until a crumbly dough takes shape. Then, press the dough firmly into a 7-inch tart pan, smoothing it into the bottom and up the sides.

Bake the crust for 15 minutes, or until the edges just begin to turn golden. 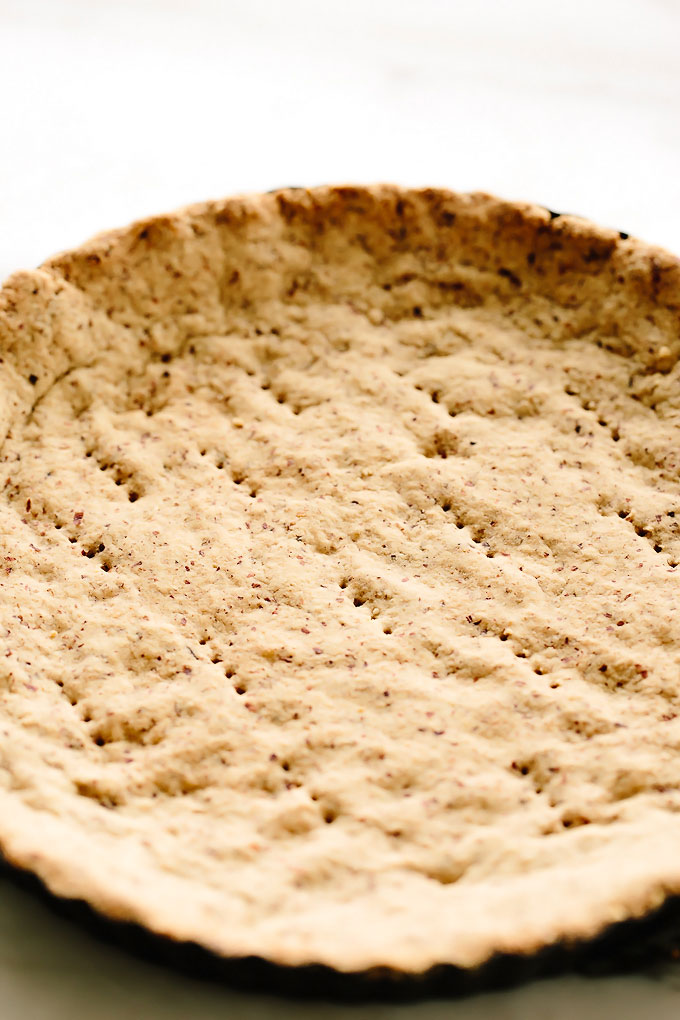 For the filling, you'll need the following: 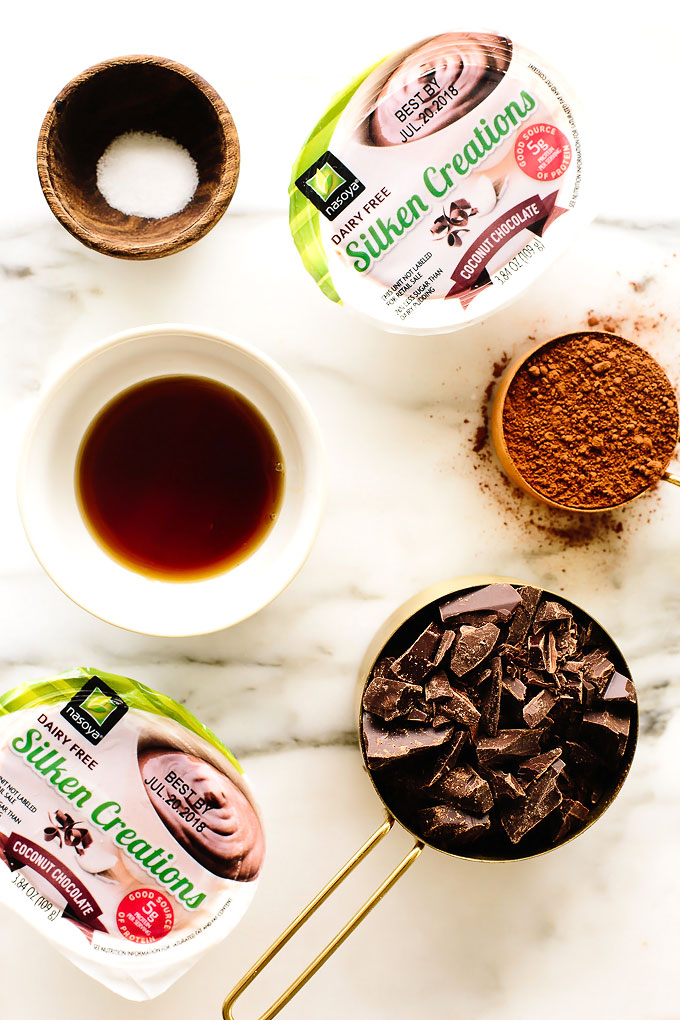 Melt the chocolate in a saucepan over low heat, stirring constantly and keeping a watchful eye to ensure it doesn't burn or scorch.

Then, add the Nasoya Silken Creations, cocoa powder, maple syrup, and sea salt, and vigorously whisk until smooth. Remove the chocolaty mixture from the heat and set aside.

Dump off the watery liquid from a can of chilled full-fat coconut milk and scoop the firm white cream into a large mixing bowl. Use a hand or stand mixer to beat the mixture for a minute, or until stiff peaks form. 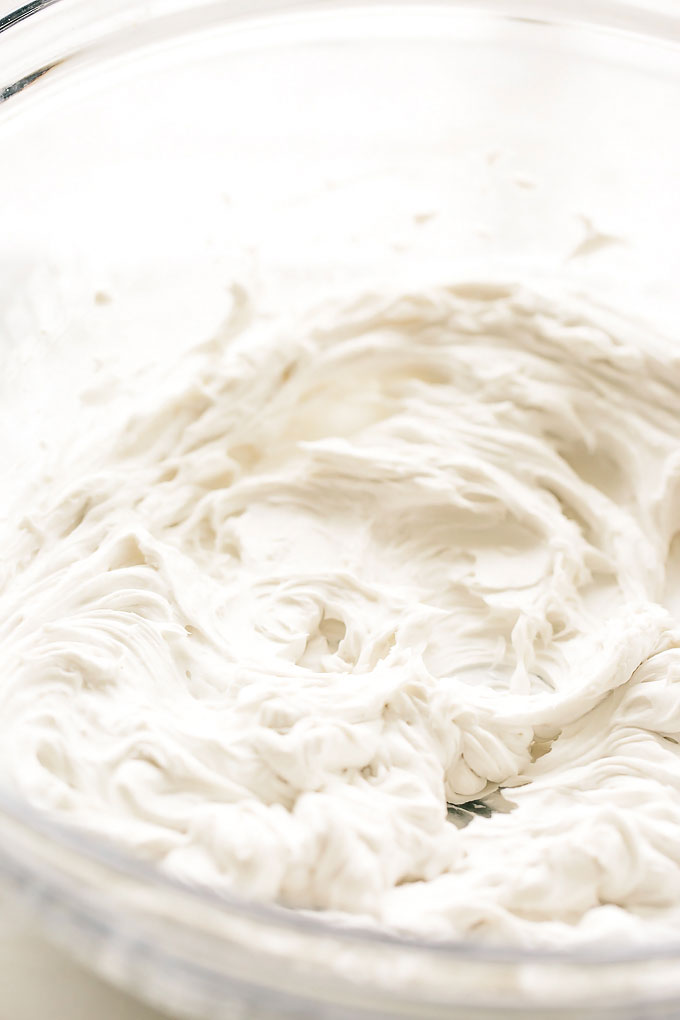 Then, gently fold the chocolate mixture into the coconut whipped cream, and pour it into the cooled tart shell... 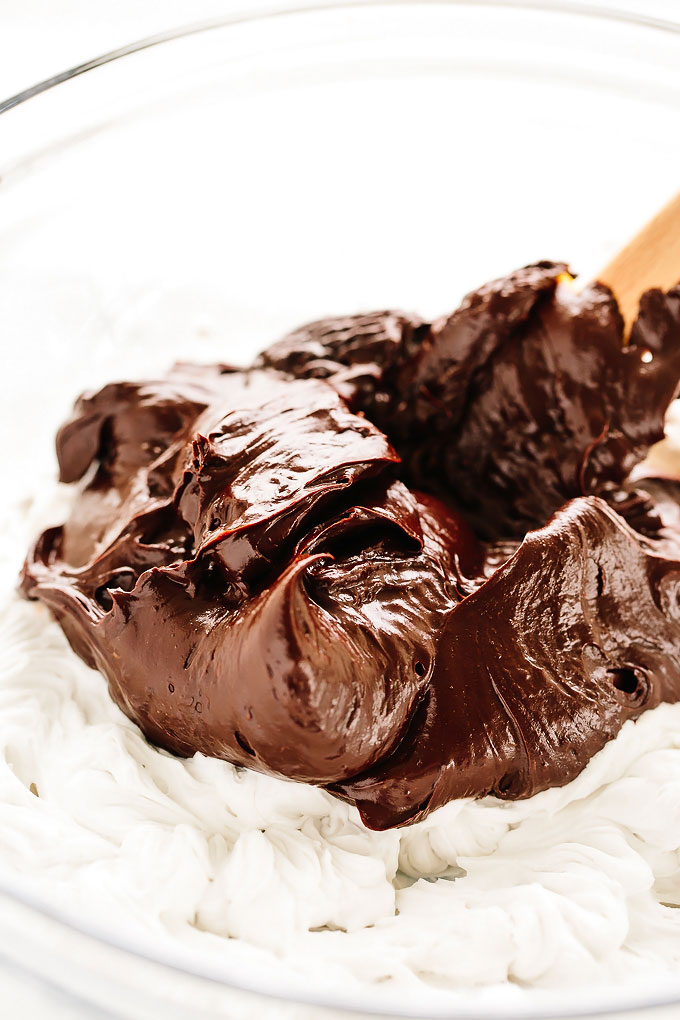 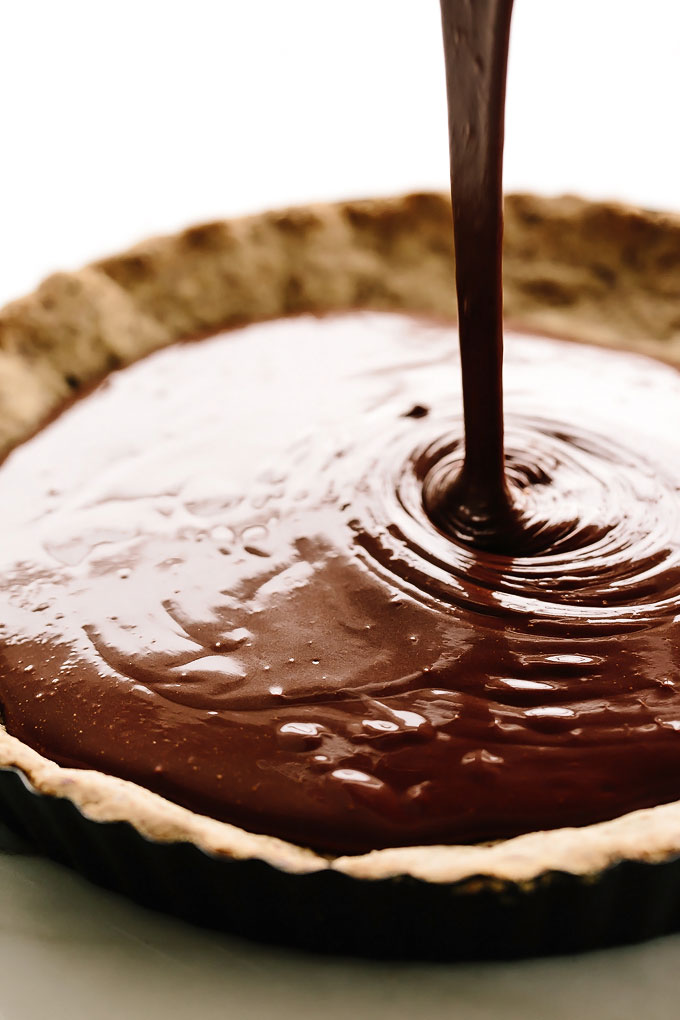 Chill the tart for at least two hours, or until the mousse sets well enough to slice.

Then, sprinkle the surface of the tart with chopped hazelnuts and shaved dark chocolate. 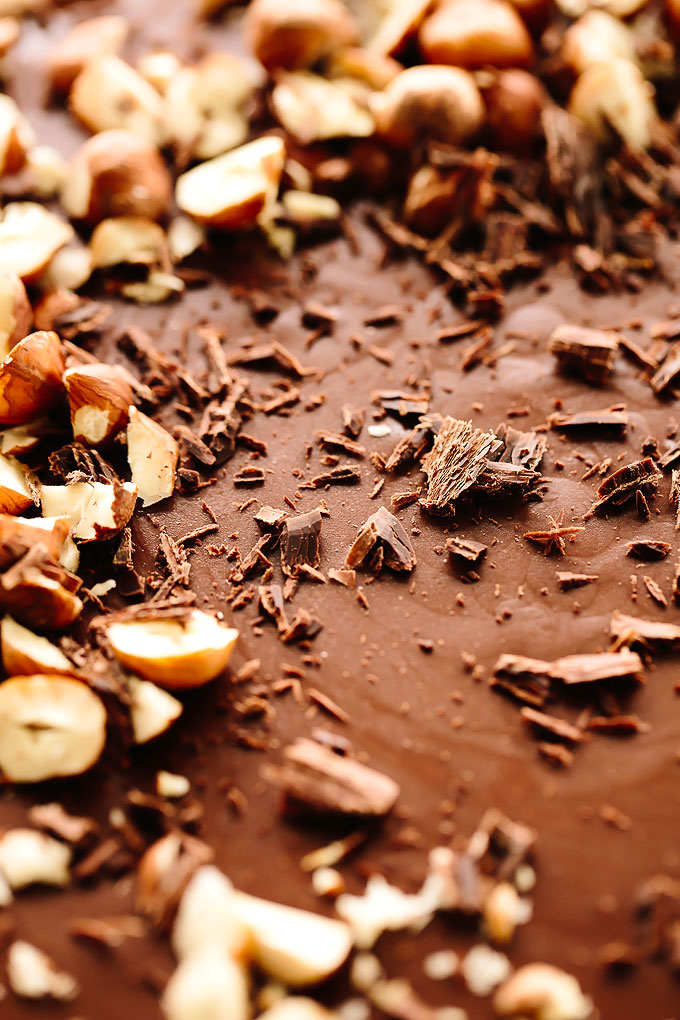 Once the tart is topped, slice and serve it. 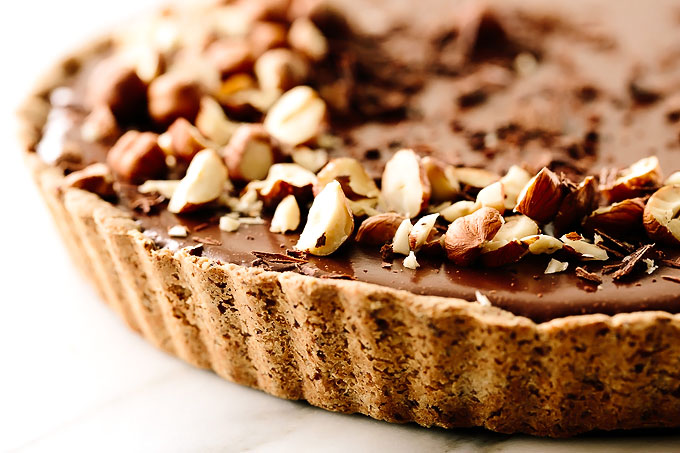 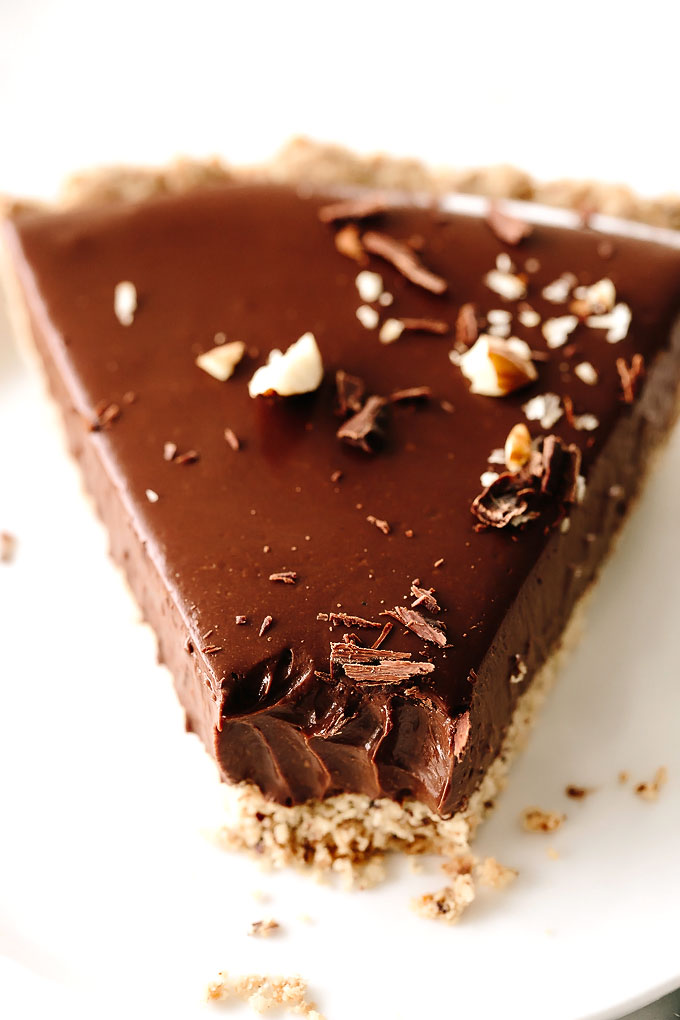 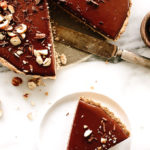 For the Hazelnut Crust

For the Chocolate Mousse Filling

*If you can't find hazelnut meal, simply add two cups raw hazelnuts to a food processor and process until the hazelnuts are ground into a fine meal (the texture should resemble sand). Then, measure off 1 cup and reserve the remaining meal for another recipe. **In a time crunch, you can skip this step altogether and add the coconut cream straight to the pot along with the pudding, maple syrup, etc. However, if you have the time, I recommend whipping the coconut cream as it adds a lovely lift and airy quality to the filling.