This vegan no-churn cinnamon roll ice cream is out of this world delicious. Layers of naturally sweetened, smooth and silky cinnamon ice cream are swirled with ribbons of caramel-like cinnamon sauce. Best part? Thanks to Medjool dates and cashew butter, there's no need for a fancy ice cream maker or churning to make this sweet treat ultra rich and creamy! 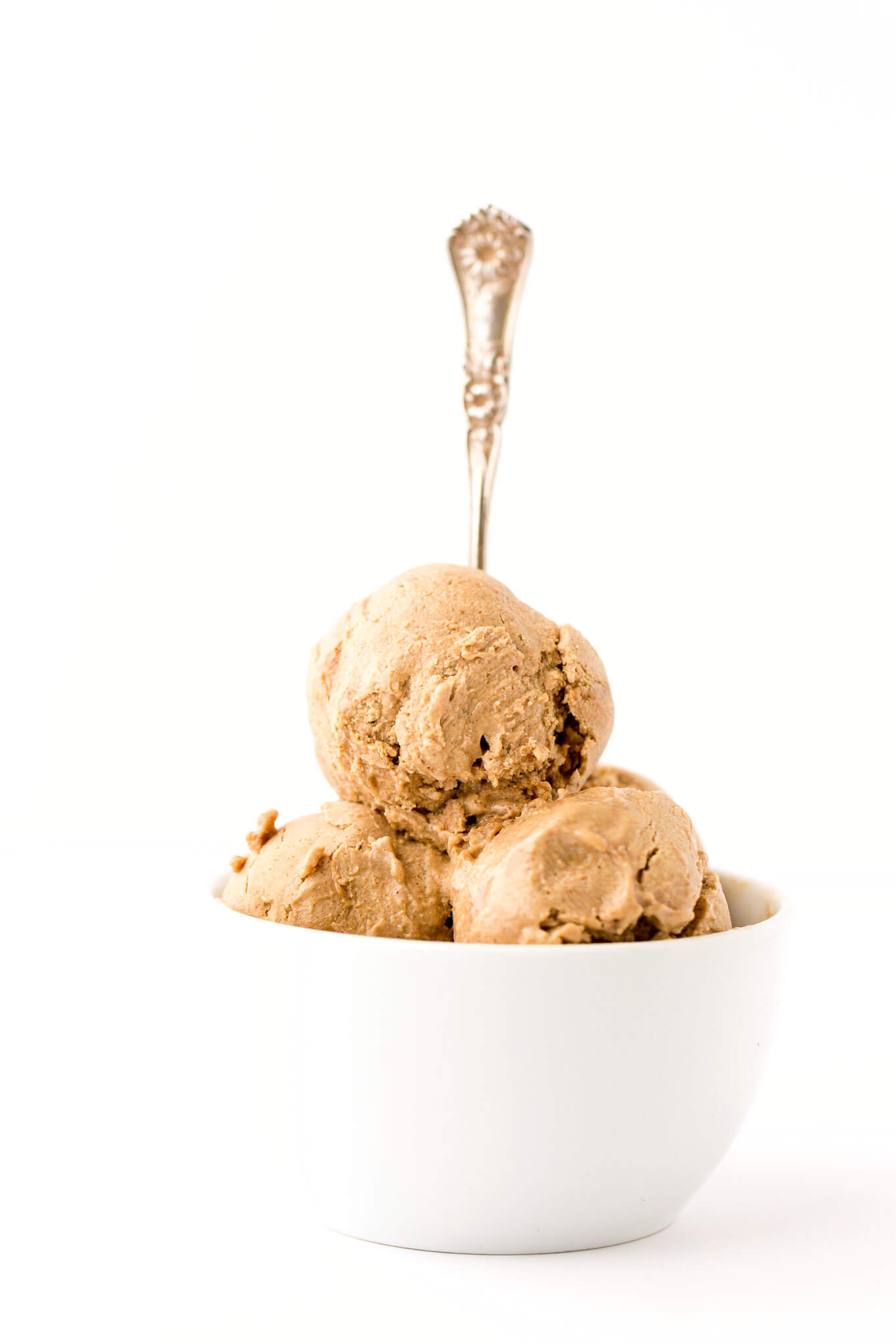 This post is sponsored by Natural Delights. All thoughts and opinions are my own.

Wardrobes have shifted from corduroy pants and canvas jackets to jean shorts and colorful cotton tanks. Gardens have welcomed the first of many vibrant blooms and grills have cooked their first round of corn on the cob (or as is the case in our house first several rounds—we are in the Midwest, after all).

Each year around this time, as the seasons make their official shift from spring to summer, I notice a shift in my cravings as well. So long are the daydreams of cozy meals, soups and stews. The empty space where they once resided is quickly filled in by an intense, nearly insatiable craving for all things fresh, crisp, juicy, and frosty.

Crunchy veggies like cucumbers, bell peppers, and celery overflow from our refrigerator. Sweet fruits like mangoes, cherries, and nectarines fill our counters. And chilled frozen treats like popsicles and cashew ice cream line our freezer drawers. 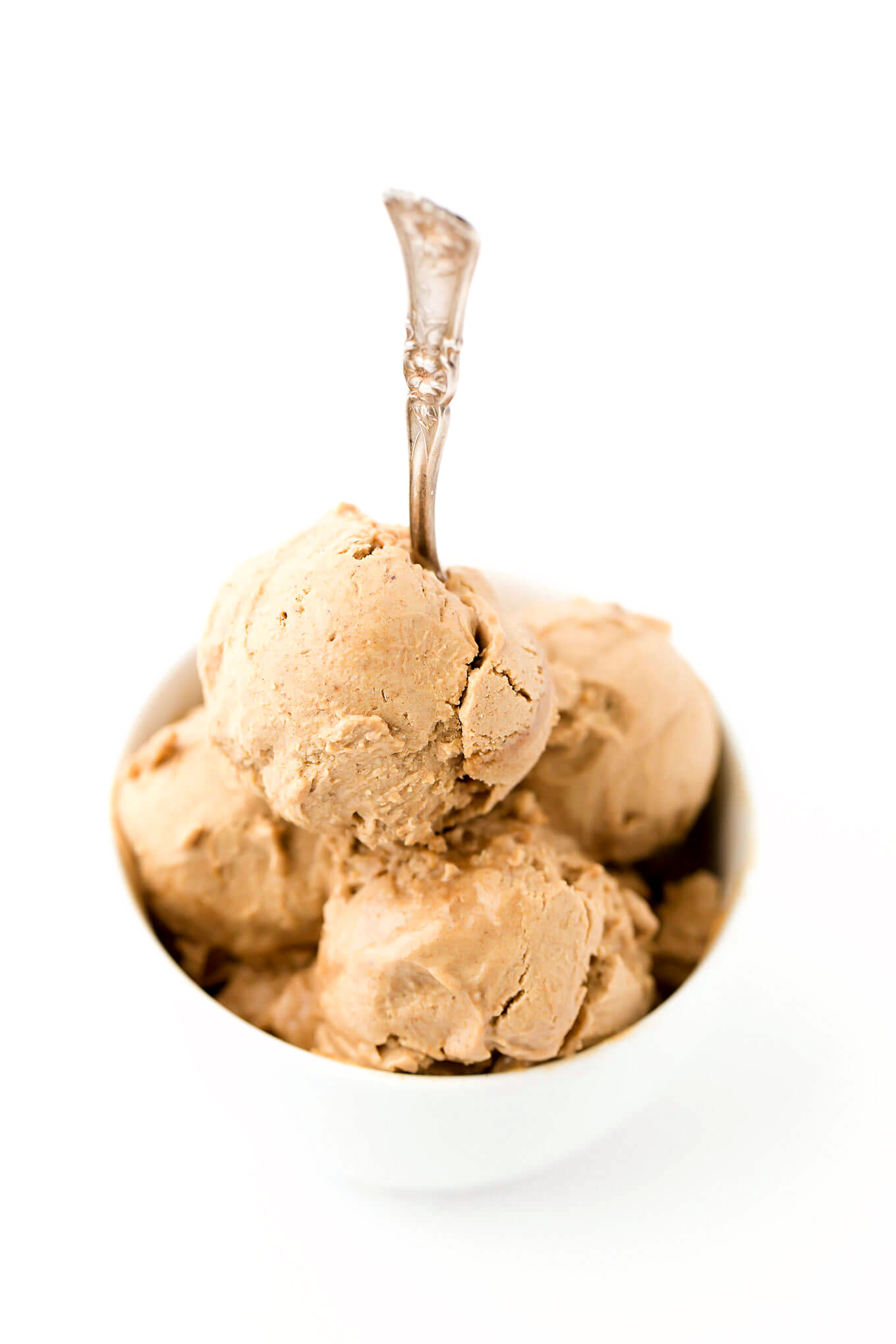 And while I love the fact that grocers are dedicating more and more of their own precious freezer space to dairy-free ice creams, there's just something special about whipping up a batch of the good stuff right here at home.

Also: Why does store-bought vegan ice cream only come in tiny pints? And why is it so expensive? Don't get me wrong, it's completely worth it, especially when a fierce ice cream craving strikes. But I can make about triple the amount of homemade ice cream for about half to two-thirds of the price it would cost to buy the same amount at the store. More ice cream + less money = more sweet summer fun.

This vegan no-churn cinnamon roll ice cream relies on similar ingredients and methods as this recipe and this recipe. The secret to ultra-creamy, churn-free vegan ice cream? Natural Delights Medjool Dates and homemade cashew butter. Because neither the dates nor the cashew butter freeze completely, they allow the ice cream to set with a super rich, creamy, and scoop-able texture without the need for a fancy ice cream maker or churning.

The dates also naturally sweeten the ice cream, so there's no need for added sugar. A win-win. 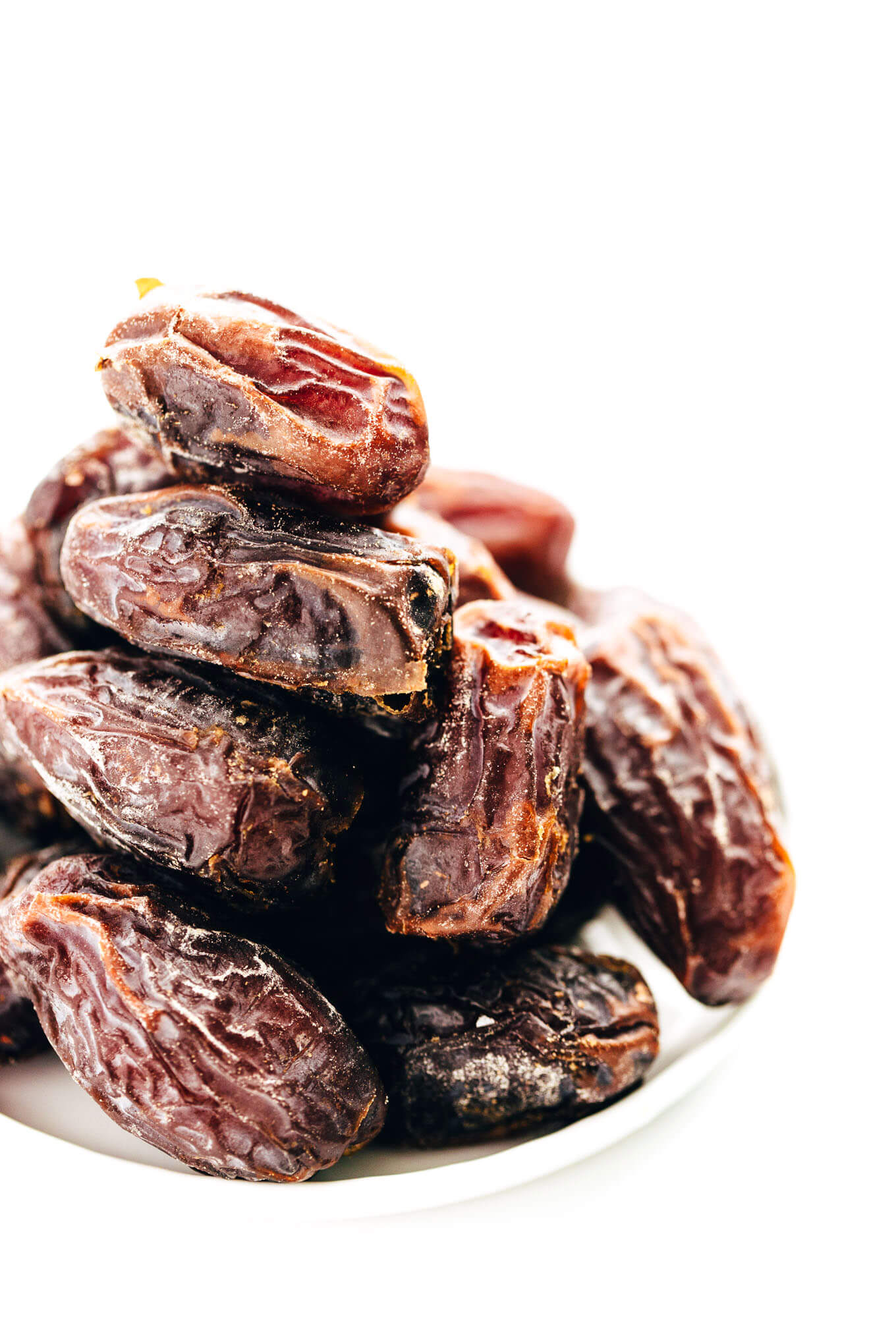 To make this vegan no-churn cinnamon roll ice cream, you'll start by rounding up the ingredients for the cinnamon ice cream base.

»Cashew butter (I use homemade)

»Almond butter (or simplify and use all cashew butter)

Add everything to a blender and blend on high until super smooth and creamy. 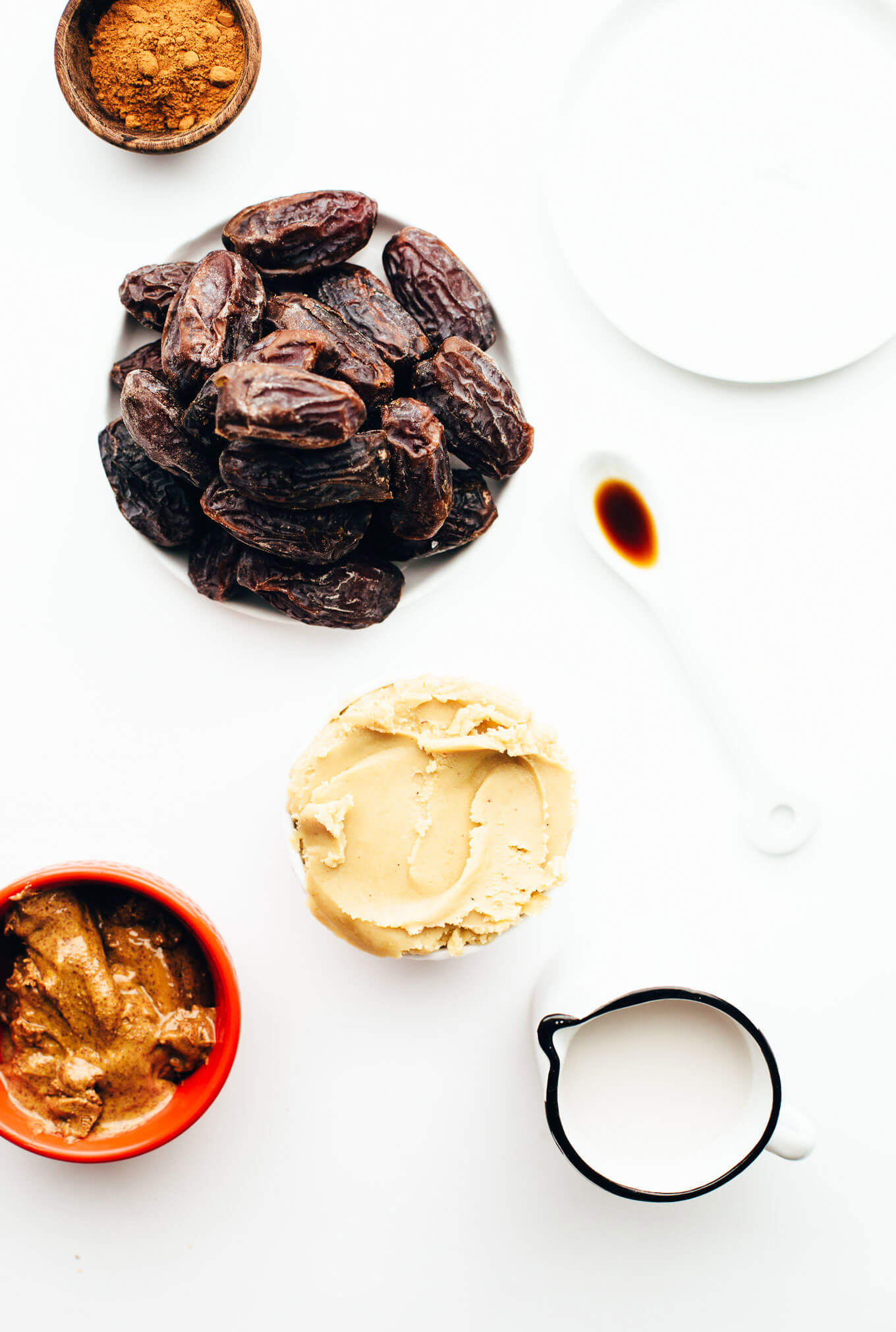 While the mixture is blending, you'll whip up a super quick, caramel-like cinnamon roll swirl sauce.

Once the swirl sauce is made, you're ready to start assembling. 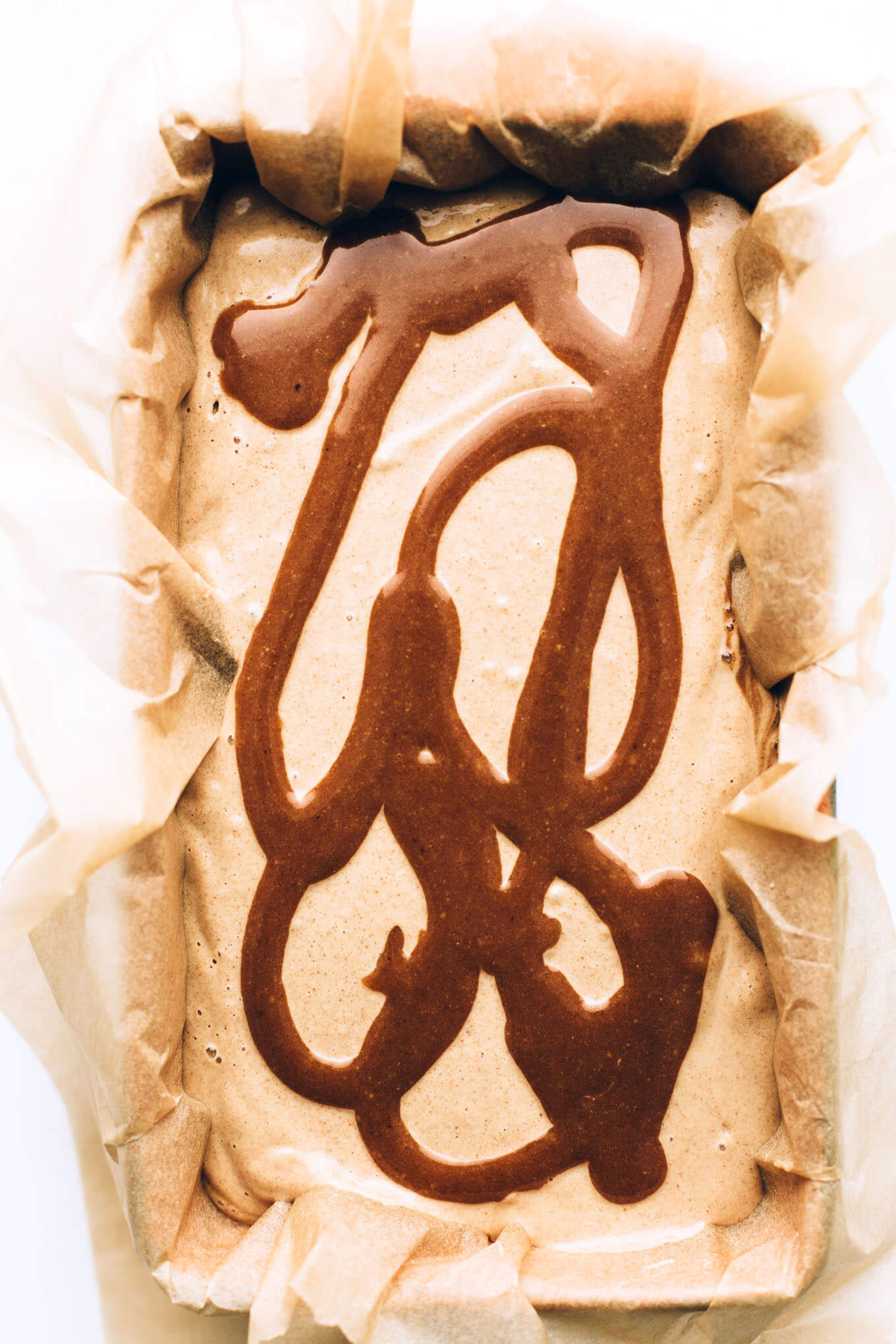 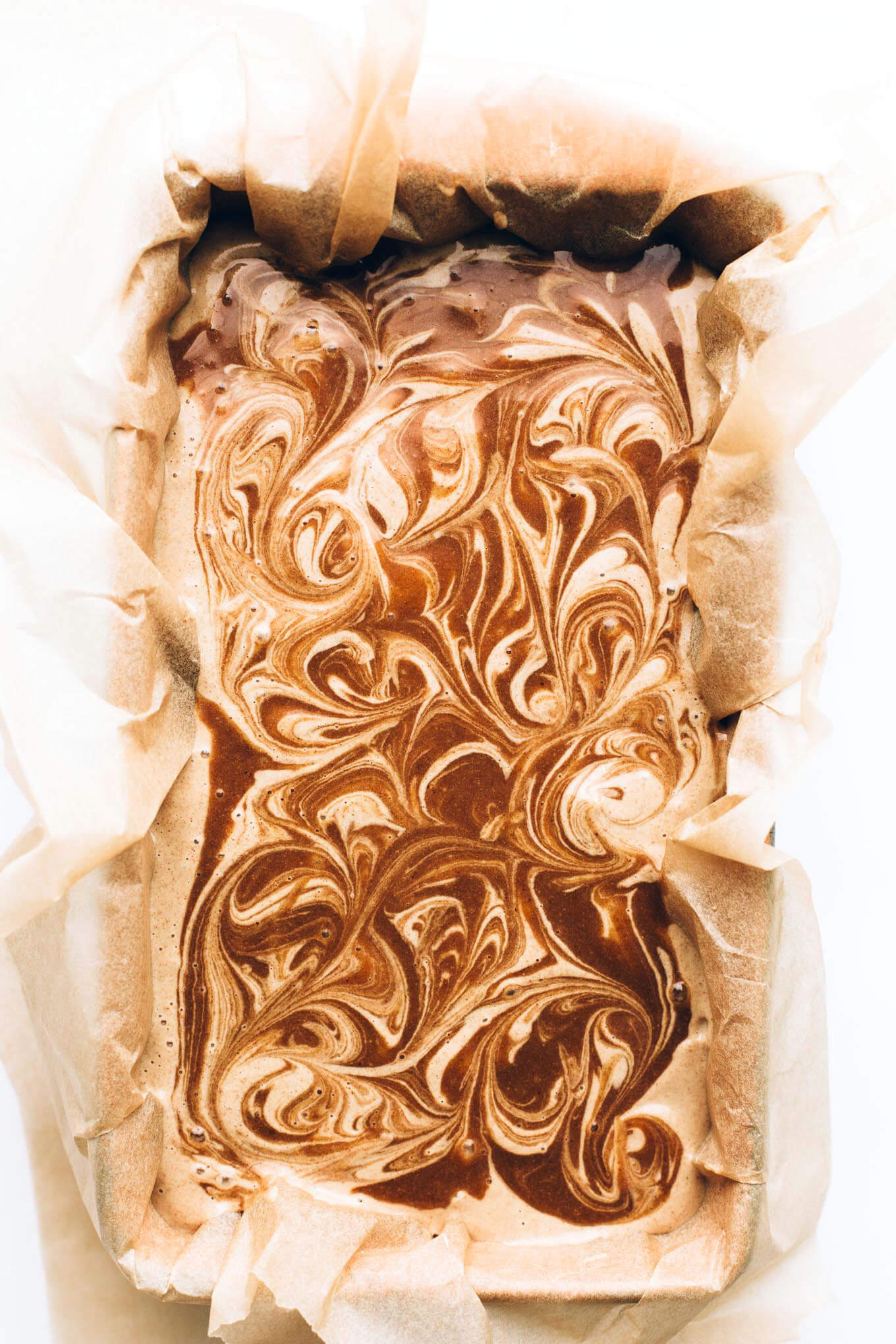 Carefully transfer the pan to the freezer and freeze for at least 8 hours to set the ice cream.

Remove the ice cream from the freezer about 15 minutes before serving to soften slightly, then scoop, scoop, scoop away. 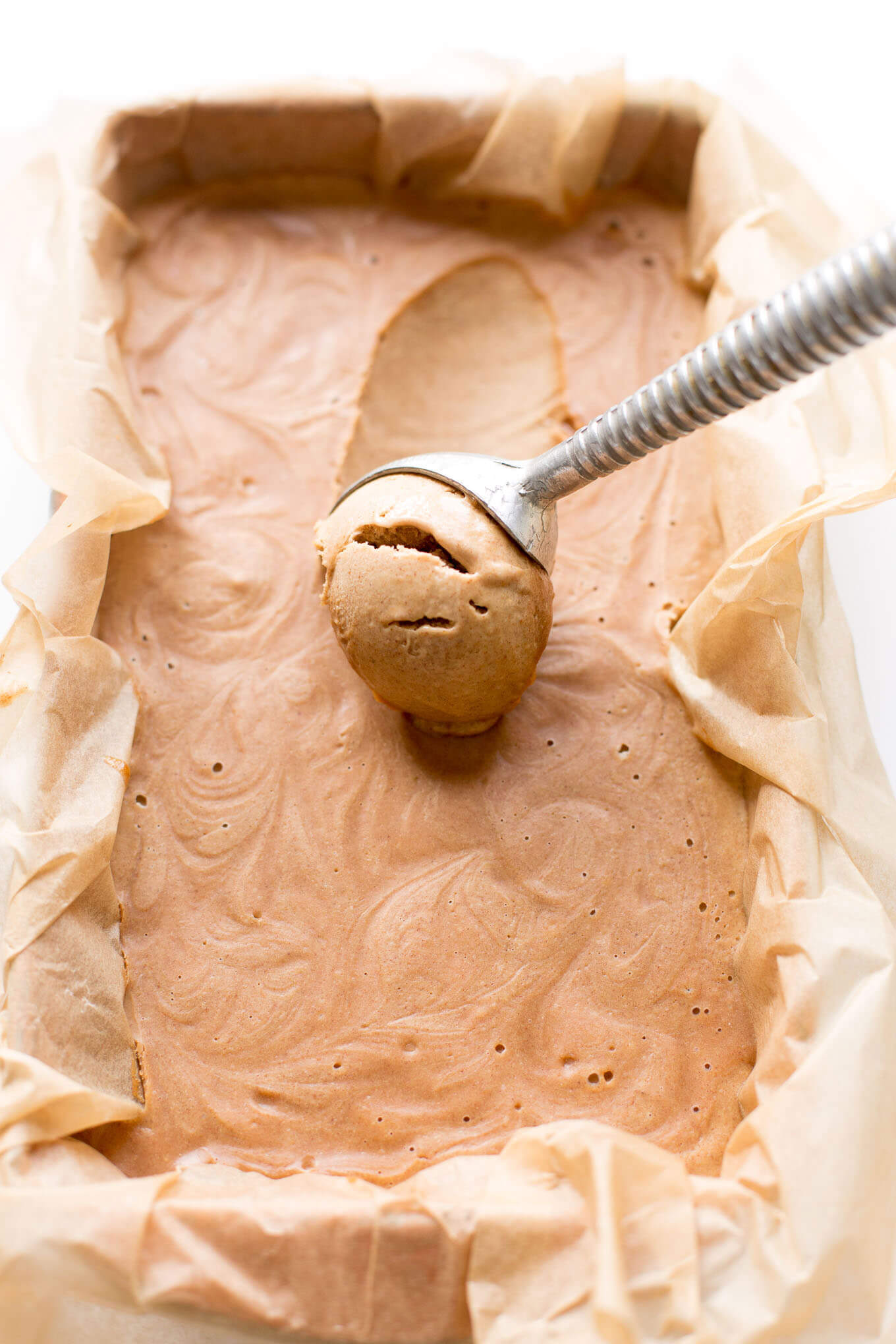 This vegan no-churn cinnamon roll ice cream is ultra rich, creamy, and almost custard-like with a flavor that tastes just like a giant cinnamon bun.

It's delicious and perfectly dreamy all on its own or scooped into a cone, but I'd imagine you'd have something extraordinary on your hands if you paired it with a bit of vegan caramel and coconut whipped cream. 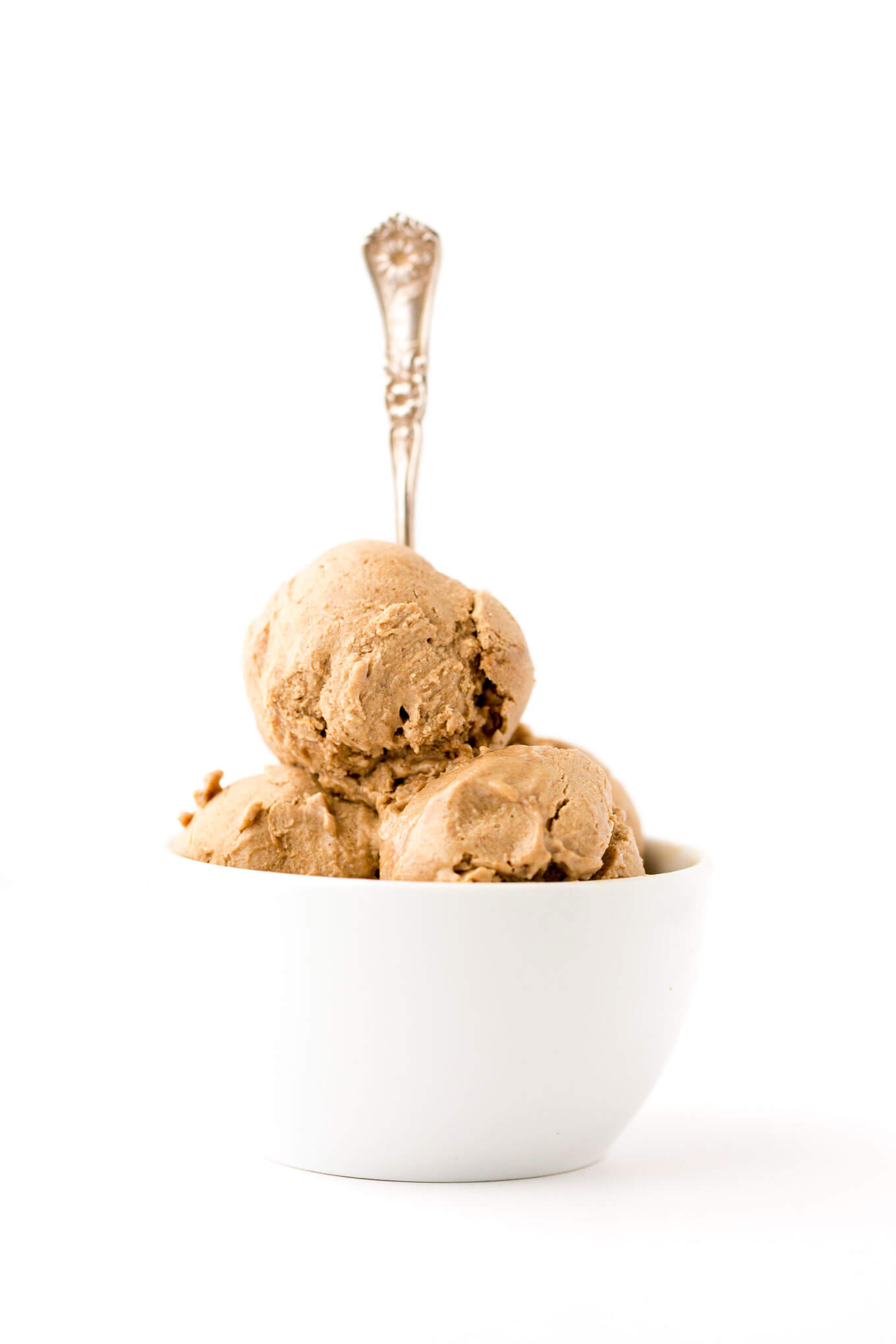 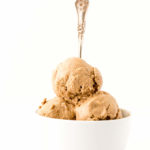 For the Cinnamon Roll Swirl Sauce

*Make your own cashew butter by blending 3 cups raw cashews in a food processor for 6 minutes or until smooth (it should be very thick), stopping to scrape down the sides as needed. If the cashew butter is chunky and clumping as it moves around the food processor, add 1 to 3 tablespoons of filtered water to encourage blending and to yield a smooth, creamy cashew butter. Measure off the amount needed for the recipe and store the extra cashew butter the refrigerator in an airtight jar or container. **To simplify, you can omit the almond butter and use a full 1 ¼ cups cashew butter (that said, I very much prefer a hint of almond butter in this ice cream); however, do not omit or substitute the cashew butter—it's very important to the texture of the ice cream.