These vegan peppermint chocolate chunk brownies are rich, fudgy, and festive. They make an easy and crowd-pleasing addition to any holiday spread! 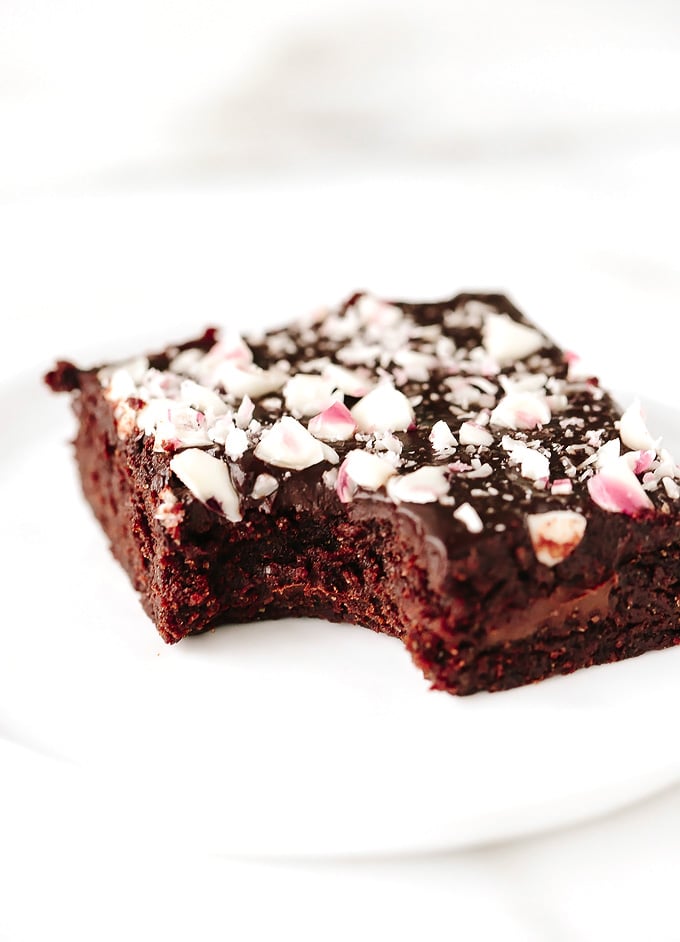 This post is sponsored by Stevia In The Raw®. Thank you for supporting the brands that support Blissful Basil!

Holiday cookies are great, but these festive vegan peppermint chocolate chunk brownies are hard to beat.

Not only are they fudgy, rich, and gooey, they're also friendly for a variety of dietary needs. In addition to being vegan, they're nut-free (so long as you use nut-free milk), gluten-free, and oil-free.

They're also lower in sugar than other brownie recipes on my site thanks to Stevia In The Raw®.

Stevia In The Raw® is a zero-calorie sweetener that contains an extract from the sweet leaves of the stevia plant. Available in a Bakers Bag, it measures cup for cup with sugar, so it can easily be used in baking recipes to reduce added sugar with no conversion necessary.

Something to keep in mind when using Stevia In The Raw® Bakers Bag for baking recipes is that, in order to achieve the proper browning, rising, and caramelizing that only sugar can provide, it’s best to replace about half of the sugar.

For this recipe, I simply used half Stevia In The Raw® and half coconut sugar. 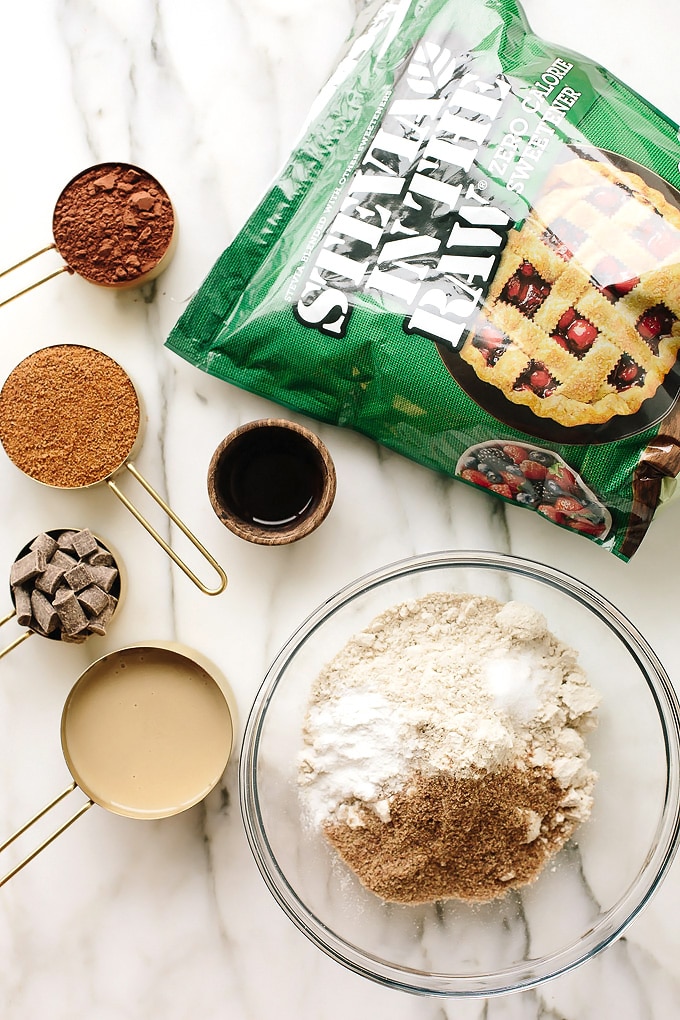 To make these simple vegan brownies, you'll start by creaming together Stevia In The Raw®, coconut sugar, tahini, and vanilla.

If you have a stand mixer, I highly recommend using it for this recipe. Having said that, you can get by with a hand mixer. 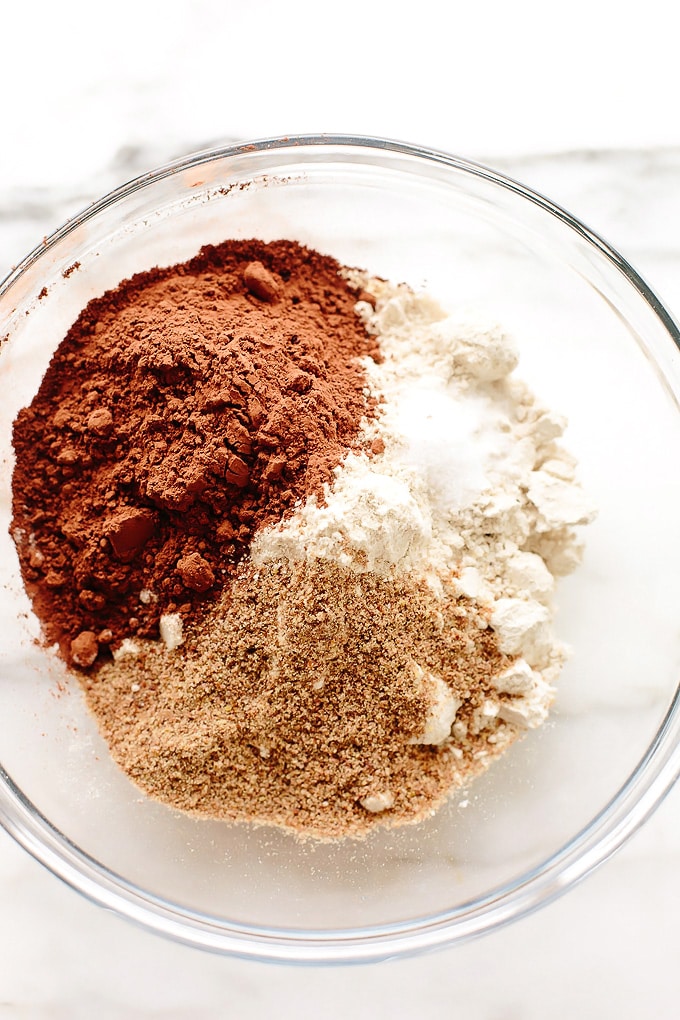 Add the dry mixture to the wet mixture along with a bit of water, and beat until it pulls together into a dough.

Then, stir in the chocolate chunks. 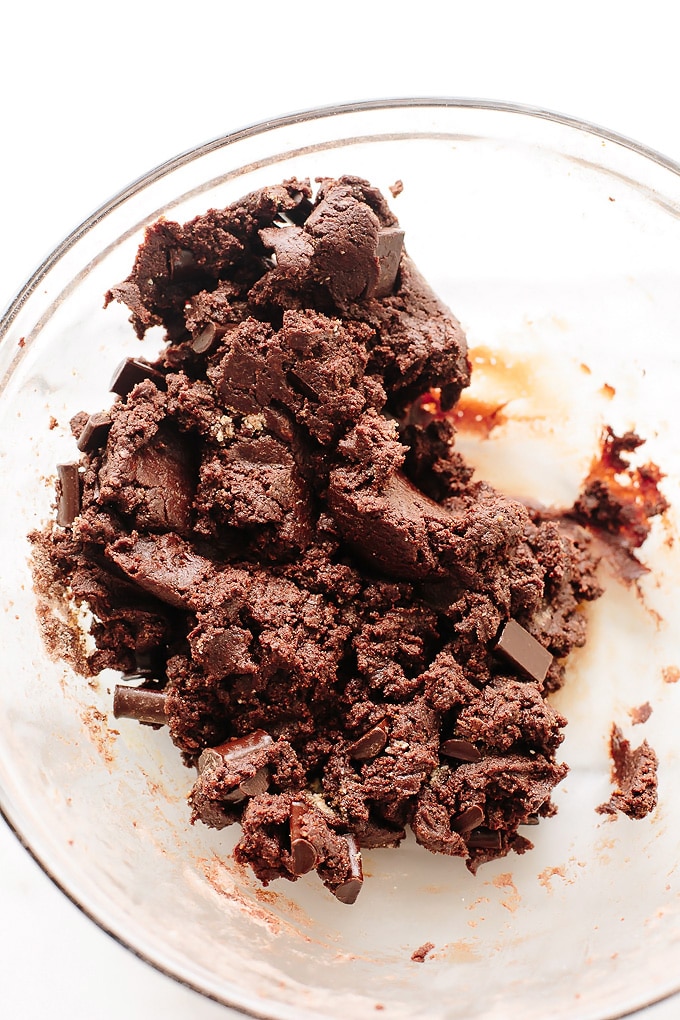 Press the brownie dough into a lined baking pan and bake for 14 to 18 minutes, or until a toothpick inserted into the center comes out mostly clean with a few moist crumbs at the tip.

When in doubt, lean towards under-baking to ensure your brownies are rich and fudgy.

While the brownies cool, prepare the peppermint chocolate glaze. To make it, simply melt down a bit of dark chocolate over the stove. Then, whisk in a few splashes of plant-based milk, some cocoa powder, and a few drops of pure peppermint oil.

Pour the glaze over the cooled brownie, and tilt the pan back and forth to evenly coat the surface.

For an added touch of festive flair, sprinkle the top with crushed candy canes. Then, chill the brownie until the glaze has set. 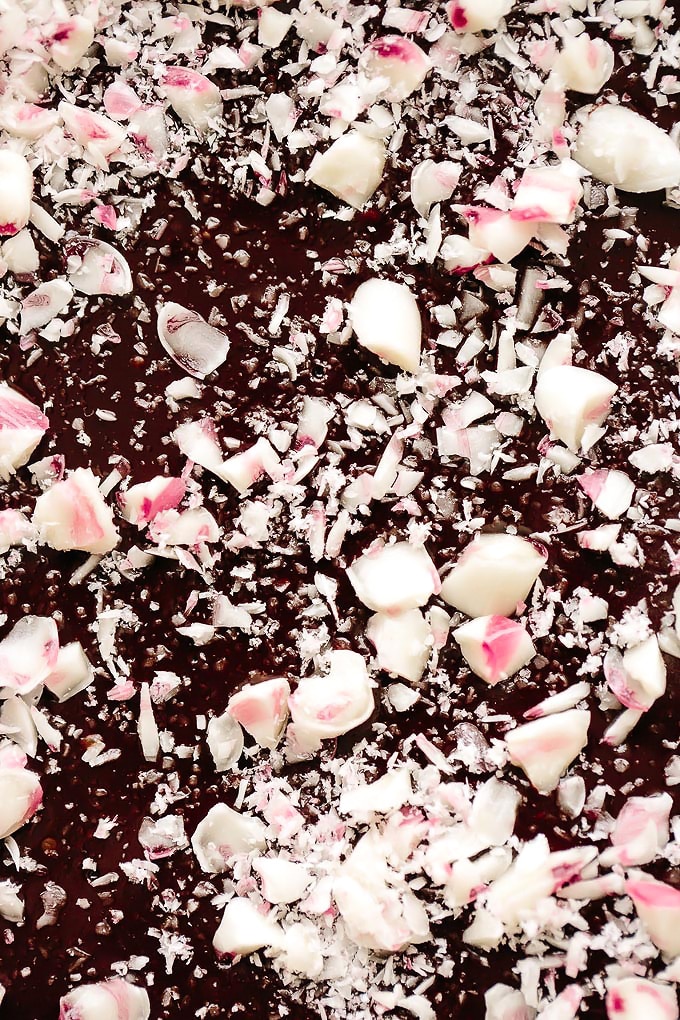 For the Chocolate Chunk Brownies

For the Mint Chocolate Fudge Glaze