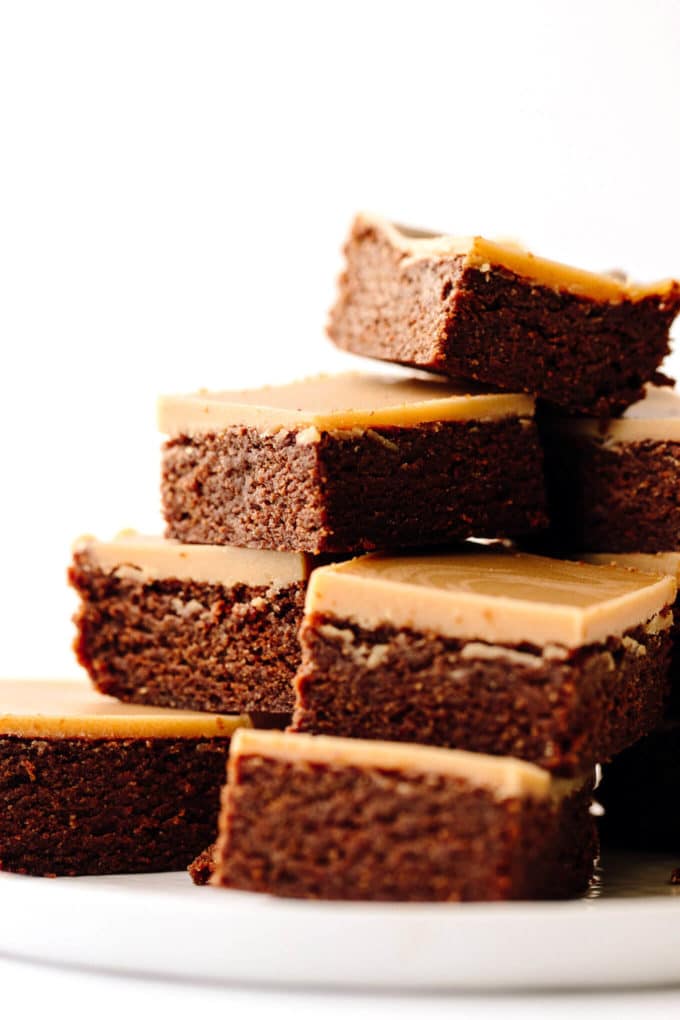 If you're a peanut butter chocolate (PBC) lover, you're going to fall head over heels for these vegan peanut butter brownies with pb glaze.

Chocolate is one amazing thing, peanut butter is another. Put them together and you've got the perfect storm of decadence on your hands... 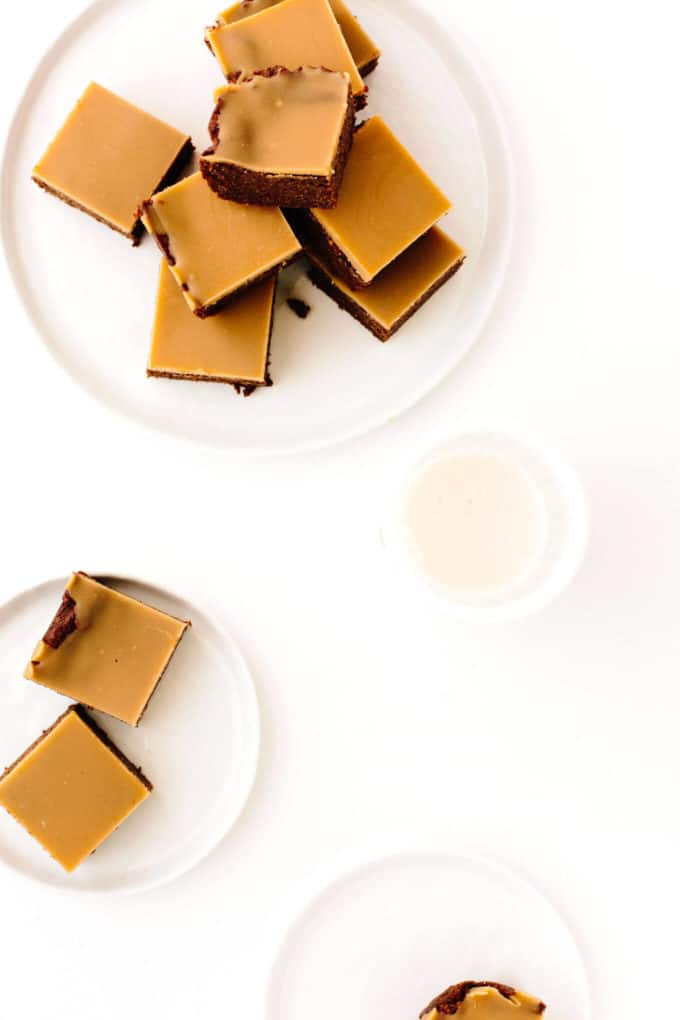 These vegan peanut butter brownies are made with similar ingredients and methods as these blondies.

Only the oats are dropped, the peanut butter is upped, and a generous sprinkle of cacao powder is folded in to transform blondies into... well, brownies.

To make these golden-coated beauties, you'll start by preparing the brownie base.

Mix until just incorporated. Then, press the batter/dough into a lined pan, and bake for a speedy 16 to 18 minutes.

While the brownies bake, you'll get to work on that glorious peanut butter glaze. And by "glaze" I mean fudgy, sink-your-teeth-in peanut butter layer.

Add a bit of cacao butter, peanut butter, maple syrup, vanilla, and sea salt to a saucepan, and whisk over low heat. When the cacao butter is almost completely melted, remove the pan from the heat and continue to whisk until smooth and glossy.

Once the brownie has cooled, pour the glaze over the surface and tilt the pan back-and-forth to coat. Then, pop the pan in the freezer for about 20 minutes to set the glaze.

Once the glaze has set, slice the brownies into squares like so... 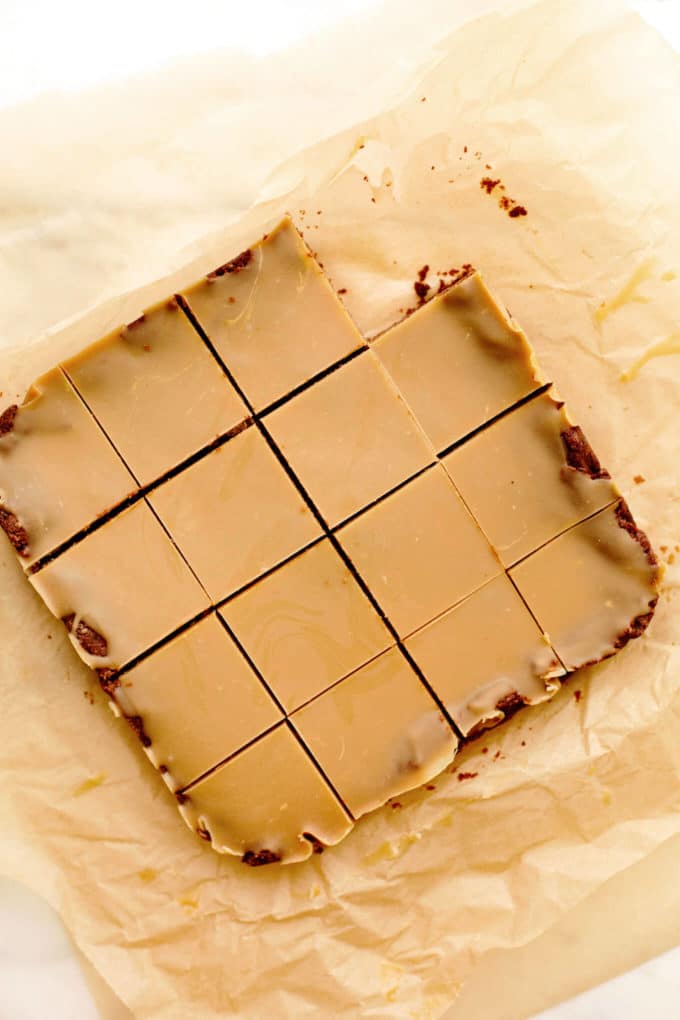 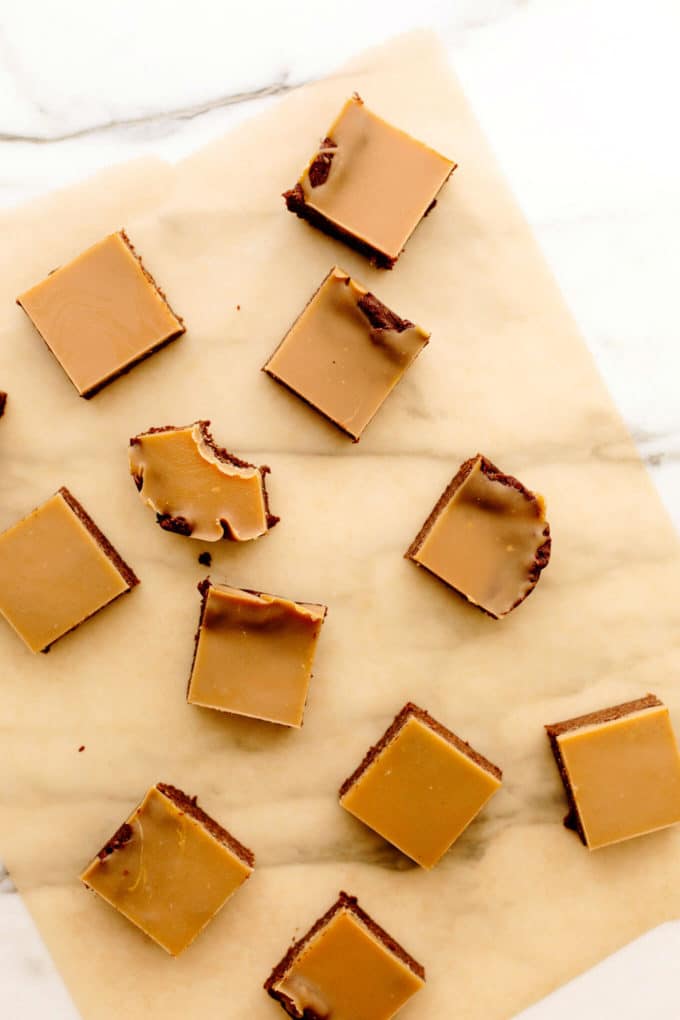 Now, your work is done, and all that's left to do is pile 'em high and soak up all the PBC love... 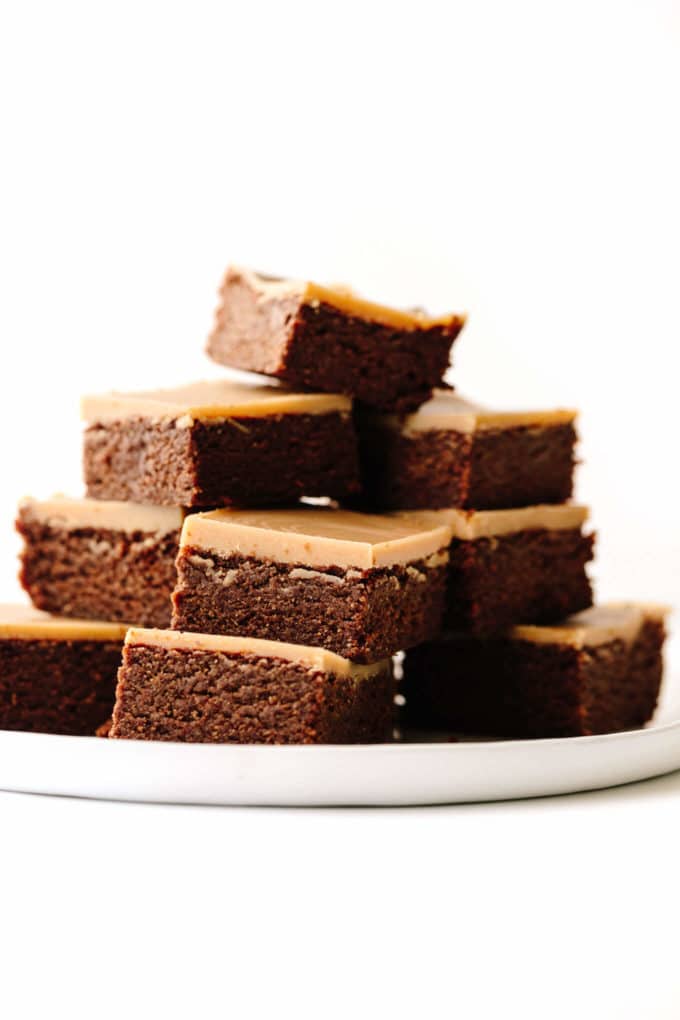 Pretty much like a Reese's peanut butter cup in brownie form.

They're the perfect treat to welcome in the cooler temps, and they're festive enough to hold their own at a fall gathering. 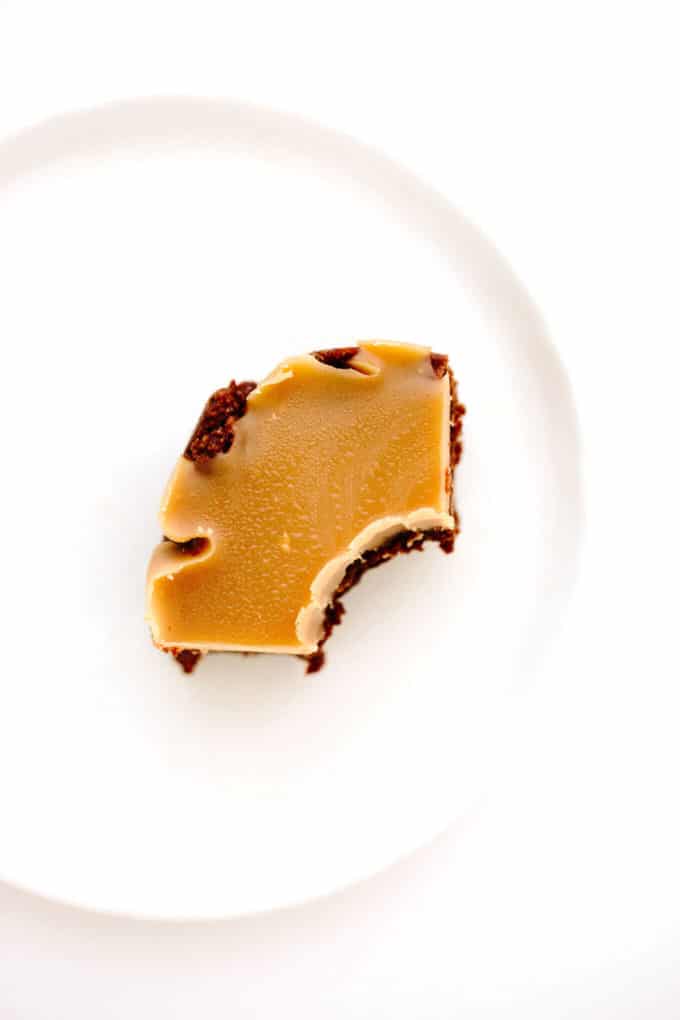 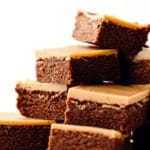 For the Peanut Butter Brownies

For the Peanut Butter Glaze

*FYI for shopping purposes, you'll need nearly an entire jar of peanut butter to make the brownies and glaze.