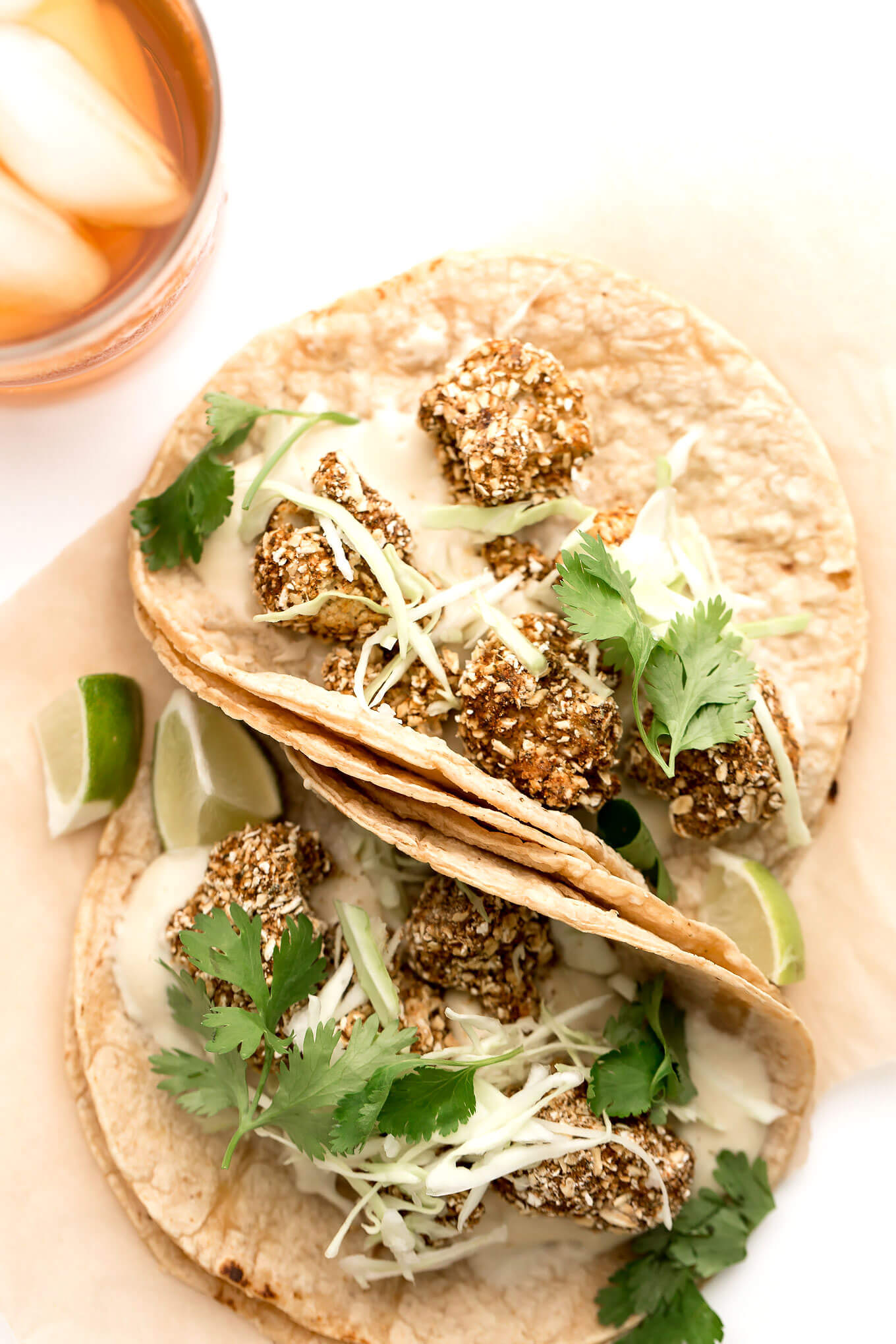 This post is sponsored by Silk. All thoughts and opinions are my own.

If you've been following along here for a good chunk of time, then you might be familiar with this taco recipe I shared nearly three years ago. The recipe quickly claimed a spot amid the top 10 on the site and it's remained there to this very day. I've made those tacos more times than I can count, and they're always a crowd-pleaser (whether the crowd is full of veg-heads or meat lovers).

It's incredibly versatile and easy, too, so I decided to come up with a remixed version that boasted similar mass-appeal with a fresh array of flavors.

Whereas the original tacos were dressed with tangy cabbage slaw and avocado cream, this new version is decked out with gooey vegan cashew mozzarella and crunchy cabbage. The result is just as flavorful as the original and perhaps even a bit more satisfying. 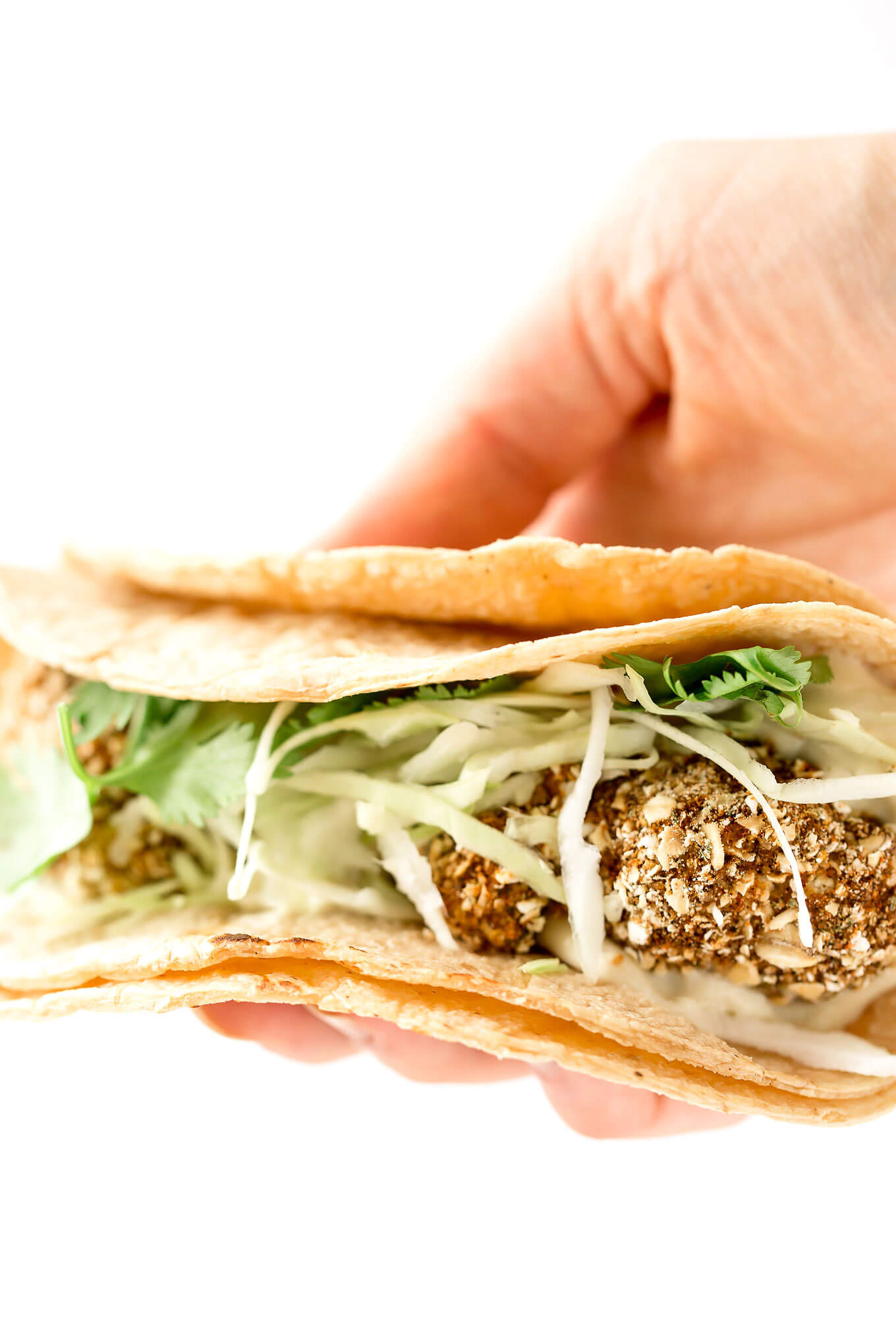 To make these vegan crispy cauliflower tacos with cashew mozzarella, you'll start by preparing the cauliflower.

Add rolled oats to a food processor and pulse or process until they're ground into a coarse meal that resembles panko bread crumbs. 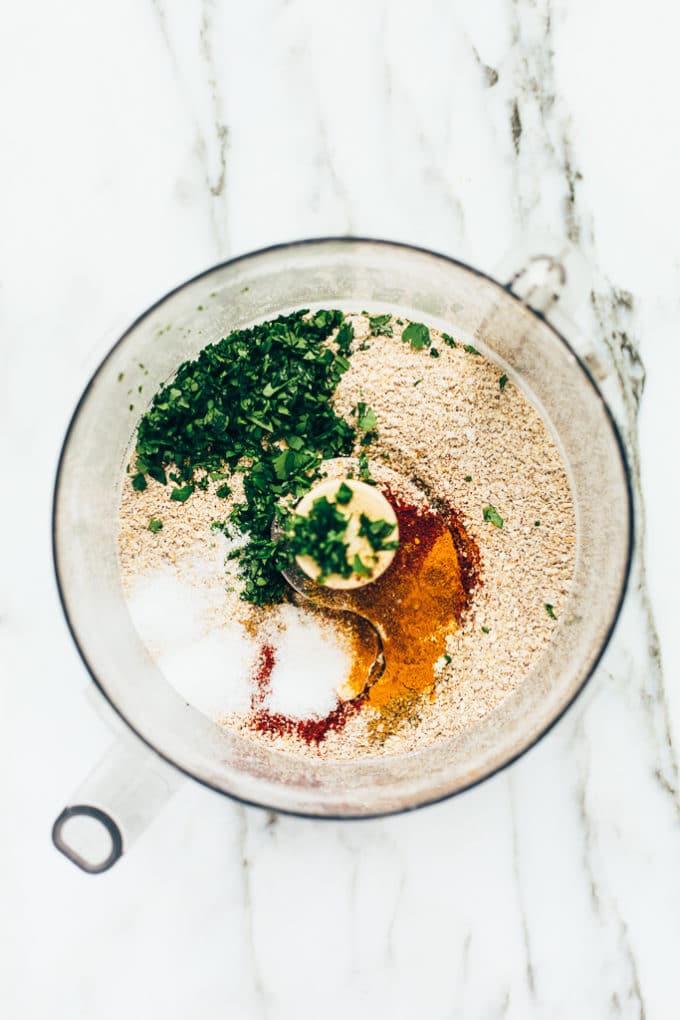 Transfer the oat crumb mixture to a medium shallow bowl and the cauliflower to another.

Line up the three bowls, creating a little assembly line, and place a prepared baking pan at the end. 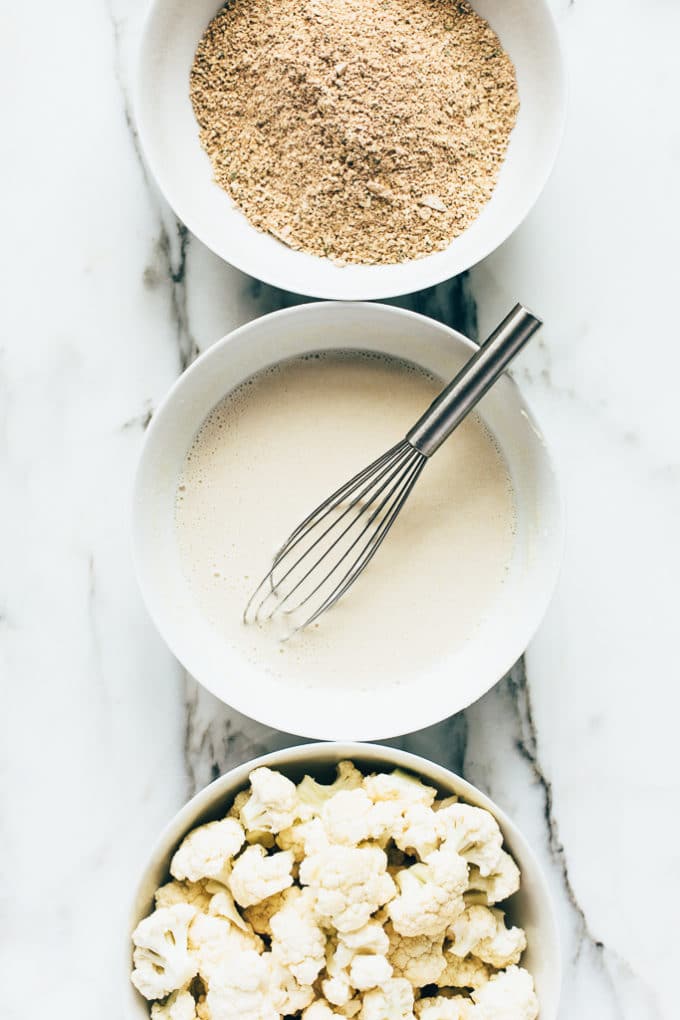 Add a few pieces of cauliflower to the batter, toss to coat, and use a slotted spoon to transfer them to the oat crumb mixture, shaking off any excess batter as you go.

Bake the coated cauliflower for 25 to 30 minutes, or until crisp and golden brown. 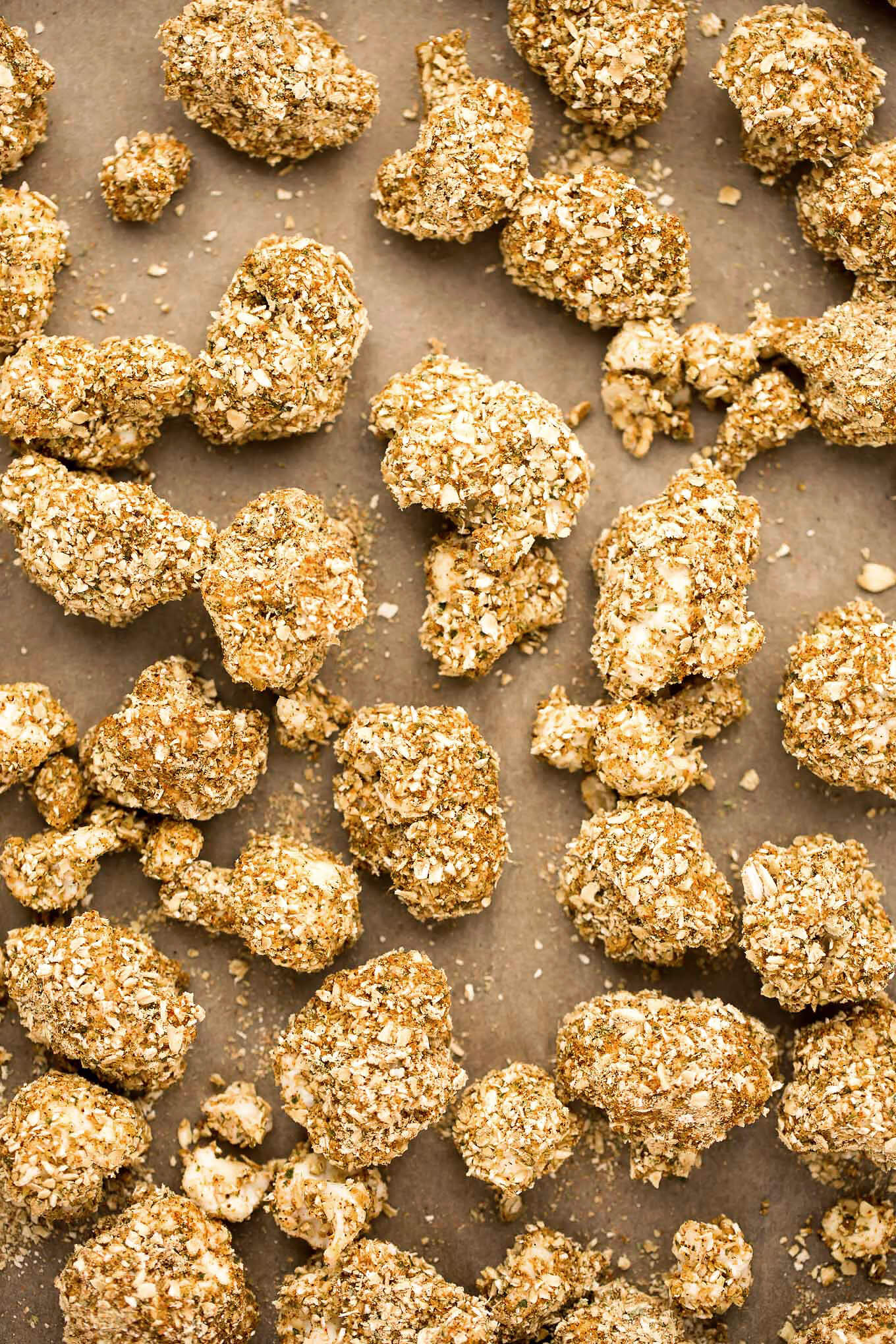 While the cauliflower bakes, begin to prepare the other taco elements.

Warm the tortillas, chop the cabbage, trim the cilantro, and slice the limes.

Then, pour the mixture into a medium saucepan and whisk over medium heat for about 5 minutes, or until thick and almost stretchy.

Once all of the taco elements are ready to go, it's time to assemble.

Fill each warm tortilla with a spoonful of cashew mozzarella and several pieces of crispy cauliflower. Then, top with a small handful of cabbage and garnish with cilantro.

Serve the tacos warm with lime wedges for spritzing. 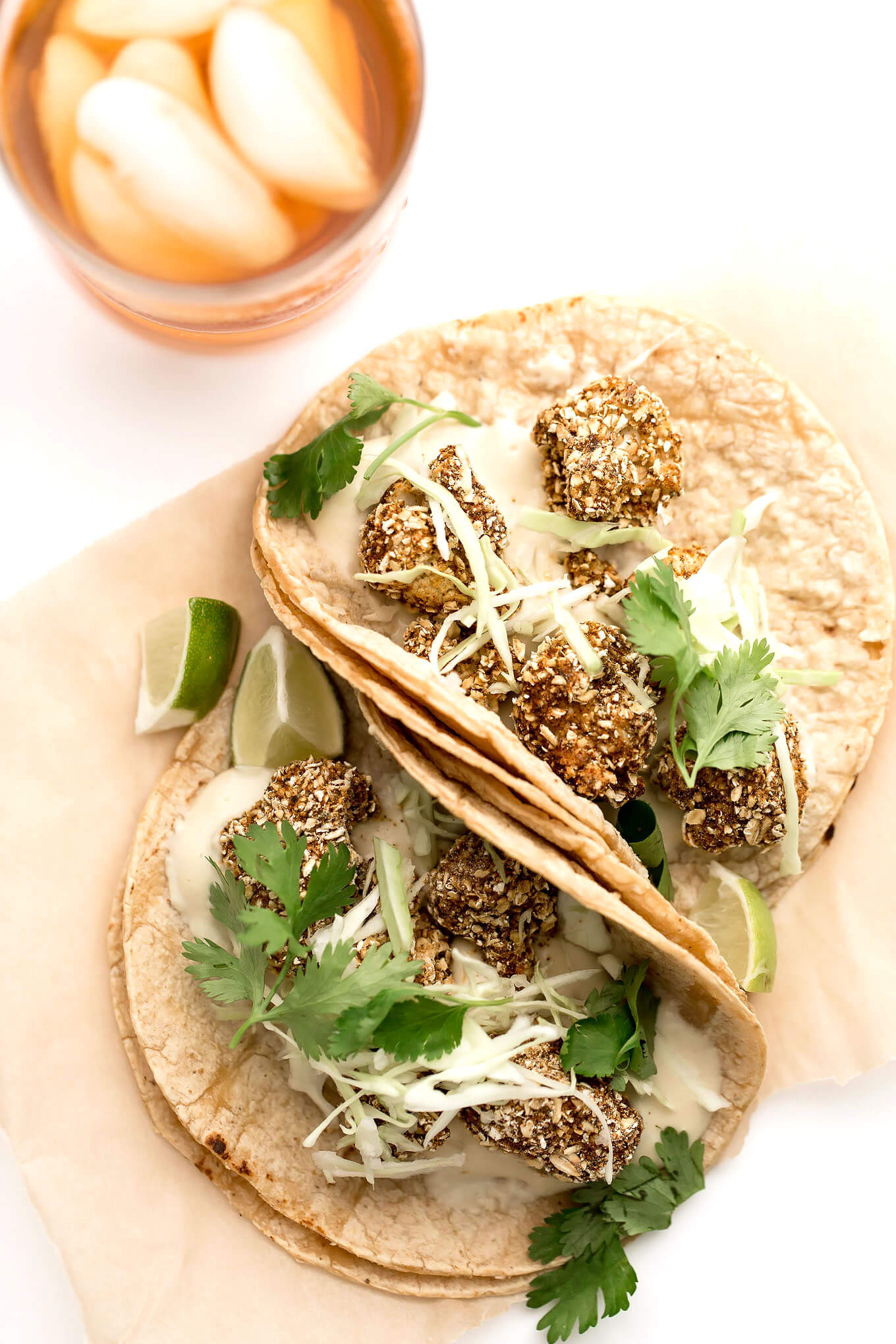 These crispy cauliflower tacos with cashew mozzarella remind me of a vegan version of fish tacos. They're crispy and flavor-packed, and the gooey mozzarella cheese offers a super comforting element that can't be beat.

Be sure to finish these beauties with a generous spritz of fresh lime juice—it unites the flavors and really makes these tacos pop! 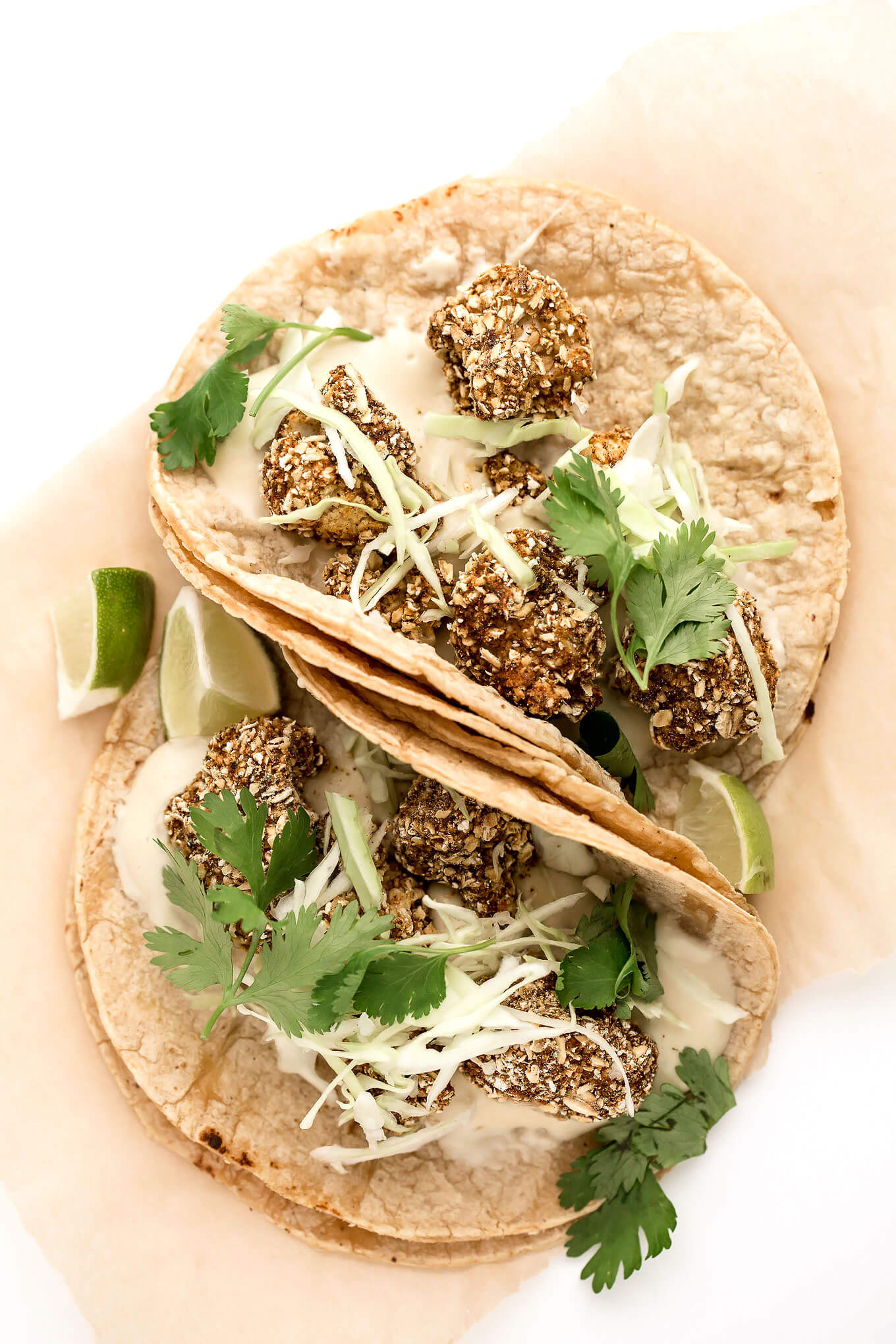 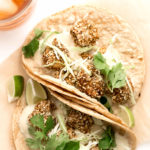 For the Crispy Cauliflower, Base + Toppings

To Assemble the Tacos

*I strongly recommend spritzing each taco with a generous splash of fresh lime juice. It pulls the flavors together and adds brightness. **A single batch of mozzarella makes enough to spread a small dollop of cheese in each taco. If you're a cheese lover and looking for truly cheesy tacos (as pictured), I recommend doubling the batch.