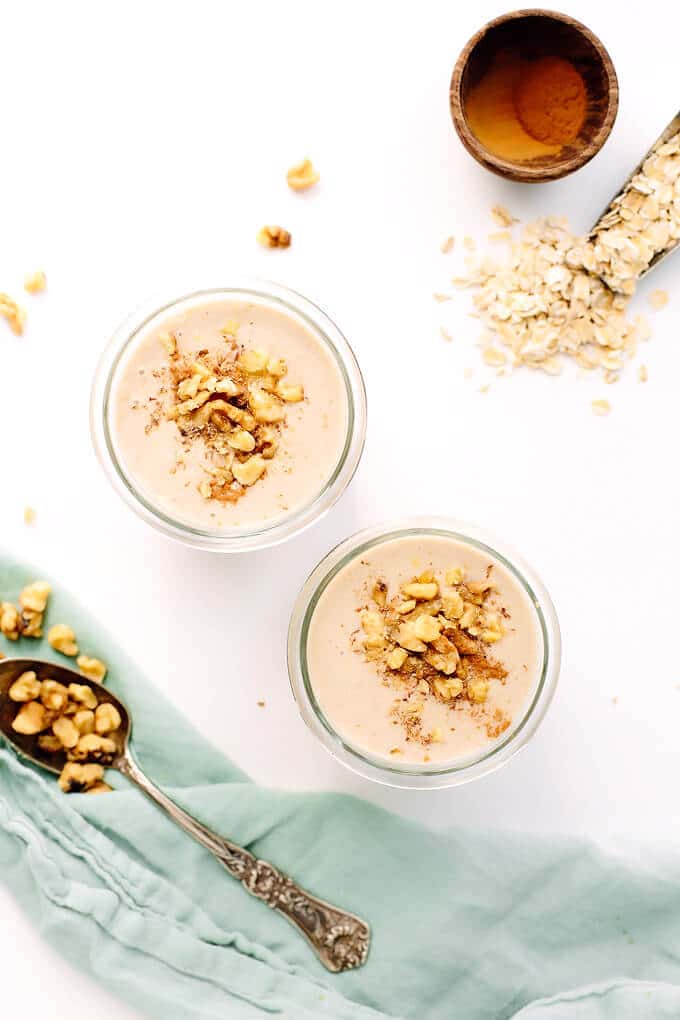 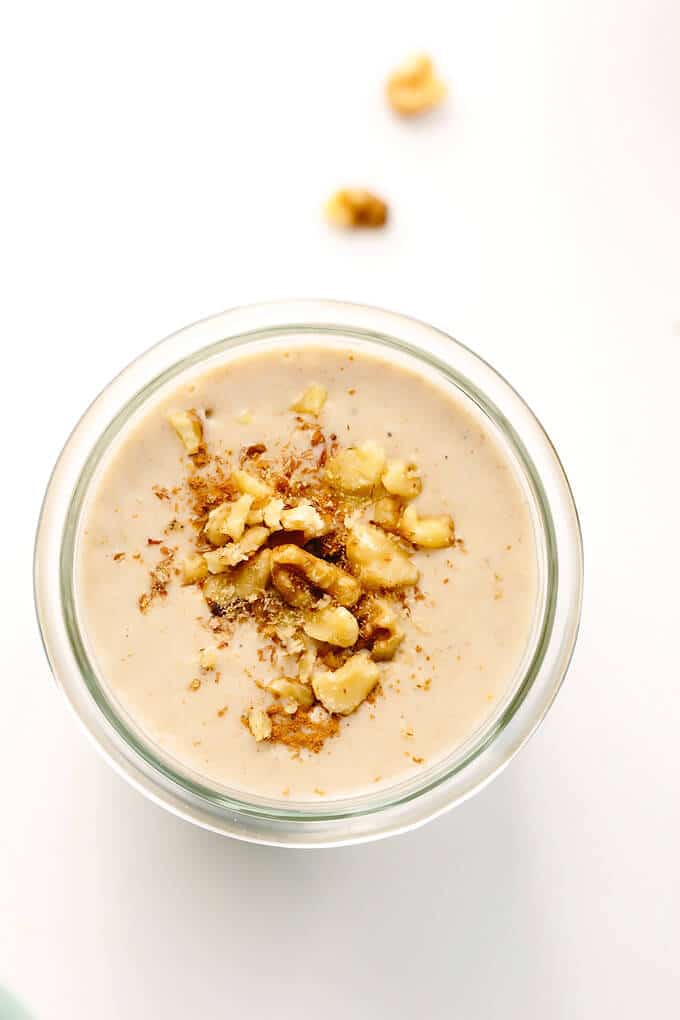 I'm living in the shadows of a banana bread obsession. Or perhaps it's just a banana obsession in banana bread's clothes. Bananas have taken over my food choices and grocery list, and I've had little say in the matter other than, "gimme more". In the past few weeks alone, I've made: OSG's banana bread twice, banana pancakes, banana ice cream, and countless banana smoothies. This vegan banana bread smoothie came to be during a smoothie-making session at the peak of the banana craze, and I've been slurping it down ever since.

It's rich, creamy, and thick with a flavor reminiscent of banana bread, only better.

In addition to its sheer deliciousness, this vegan banana bread smoothie smoothie packs a punch of fiber, healthy fats, and feel-good vitamins + minerals. Here's a look at the rundown of the nutritional goodness tucked away in its interior:

Bananas are one of the best mood-boosting foods thanks to their tryptophan and B6 content. How do these two positively affect mood? Carbohydrates (e.g., sweet bananas) allow the brain to absorb tryptophan, and B6 swoops in to help convert tryptophan to serotonin. There are few foods that I feel an instant energy and mood boost from but bananas are one of them.

Walnuts offer a boost of brain-balancing neuroprotective compounds, including vitamin e, omega-3 fatty acids, folate, and melatonin. So much so, in fact, that walnuts are considered to be one of the ultimate brain foods. An aptly identified perk considering their brain-like shape, wouldn't you say? Walnuts also boast a nice amount of plant-powered protein, polyunsaturated fats, and polyphenols, the last of which appear to play a role in the prevention of degenerative diseases.

Oats lend a kick of soluble fiber, manganese, and biotin. In addition to the cholesterol-lowering benefits induced by their high fiber content (i.e., fiber removes cholesterol from the digestive system that could otherwise end up in the bloodstream), oats contain cardio-protective antioxidant compounds called avenanthramides that are entirely unique to them. A study conducted at Tufts University (published in The Journal of Nutrition) suggested that avenanthramides help prevent free radical damage, thereby reducing the risk of cardiovascular disease.

Now, to make this nutrient-rich smoothie, you'll add all of the above to a high-speed blender along with almond milk (or your plant-based milk of choice), a splash of vanilla, a dash of cinnamon, and a pinch of sea salt. 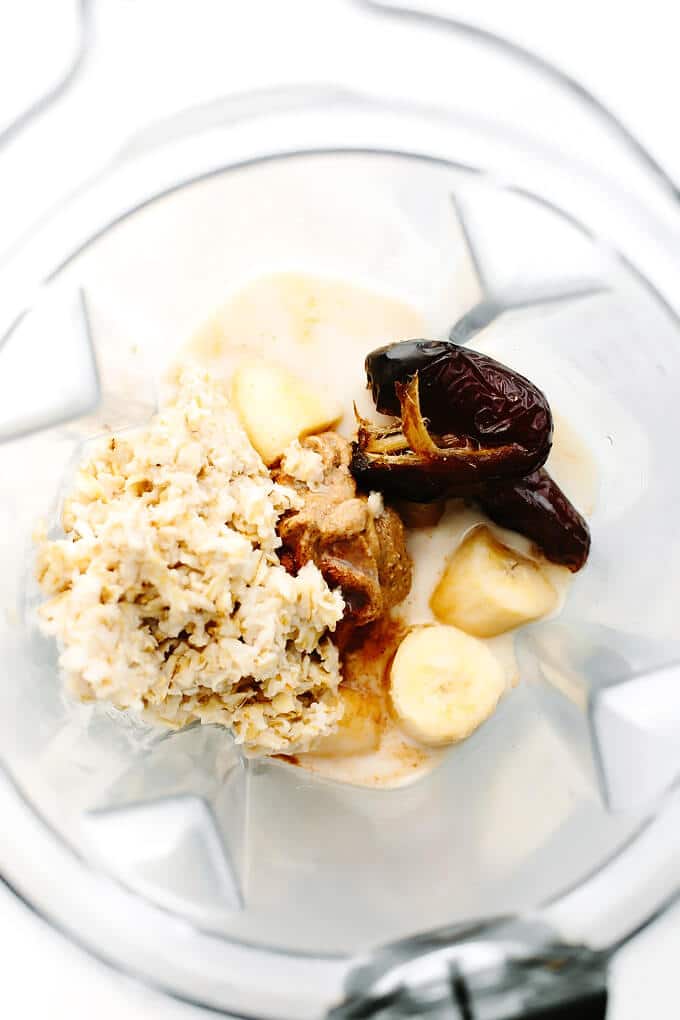 Give it all a jaunt around the blender and then taste. If you prefer a cooler, slightly thinner smoothie, add a handful (or two) of ice cubes and blend again.

Finally, pour into two glasses, serve it up, and sip down all that dreamy, banana-y luxuriousness. 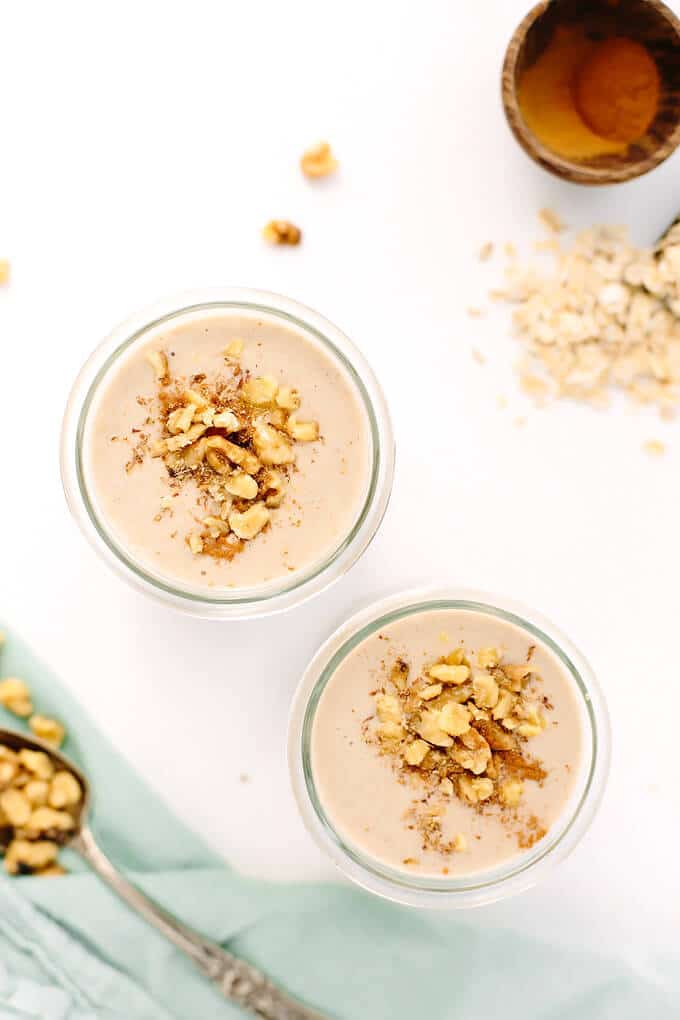 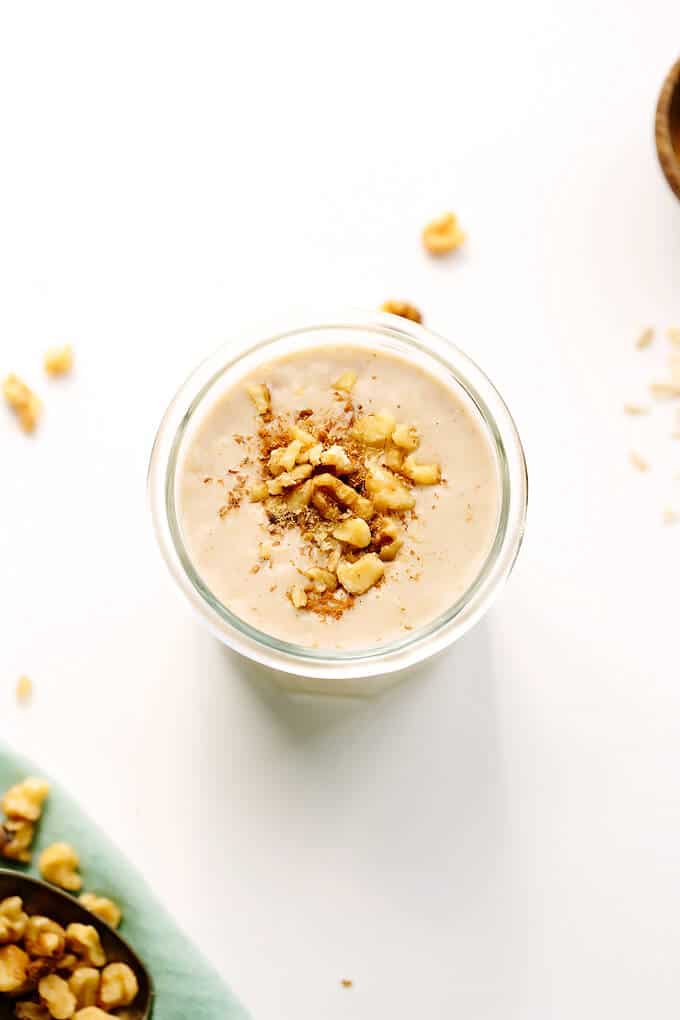 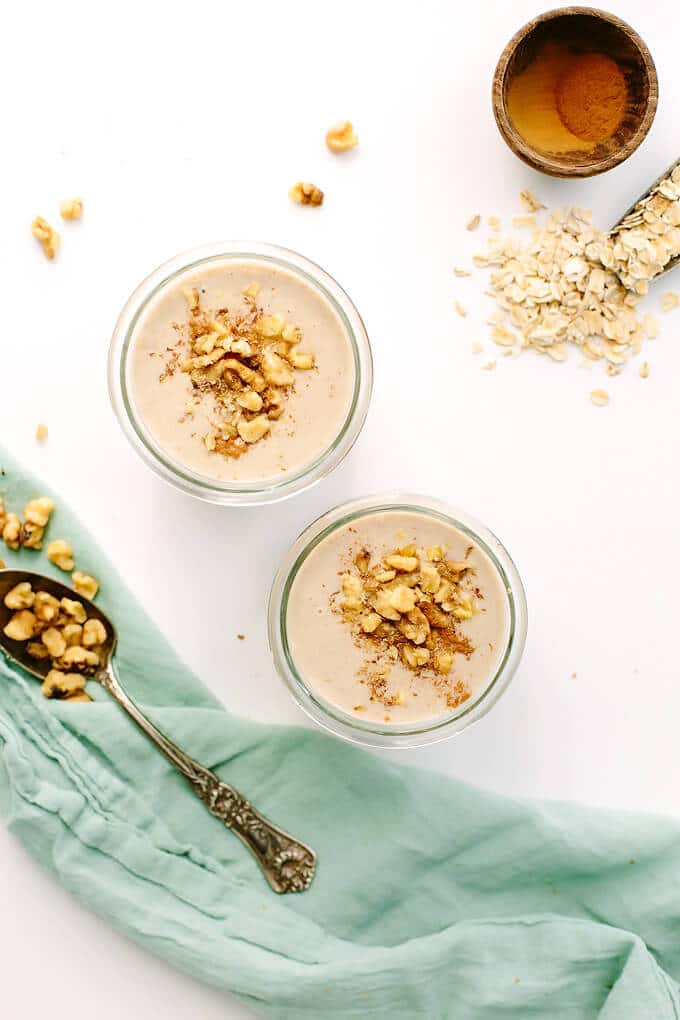 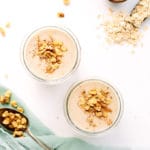