I'm going to forgo the apologies that I would normally offer in an instance when I've had a nearly 3-month blogging hiatus and, instead, provide you with a peace-offering...

This easy-to-throw-together oatmeal bake provided Dan and I with four days worth of delicious breakfast. I made it on a Sunday night and looked forward to waking up to it for the next four mornings. If you're not vegan, don't be deterred by the fact that it is; I promise you won't notice the lack of eggs and the substitution of almond milk for regular. I added flax and chia seeds to up the nutritional* content and provide additional texture; however, if you're not too keen on the idea of consuming the seeds you once saw sprouted out of Bart Simpson's head, feel free to delete one or both of them from the recipe.

The cinnamon adds the warmth that is so necessary to our happiness in these late fall months, the banana adds a luxurious creaminess, and the seeds will leave you feeling energized post fast-breaking meal.

1. Lightly grease a round pie pan (a baking pan will work if you don't have a pie pan). In a bowl, mix the oats, baking powder, cinnamon, flax seeds, chia seeds, and salt.

2. In a liquid measuring cup, combine the syrup, almond milk, and vanilla.

3. Spread the sliced bananas in a single layer over the bottom of the pie pan.

4. Top with half of the berries. 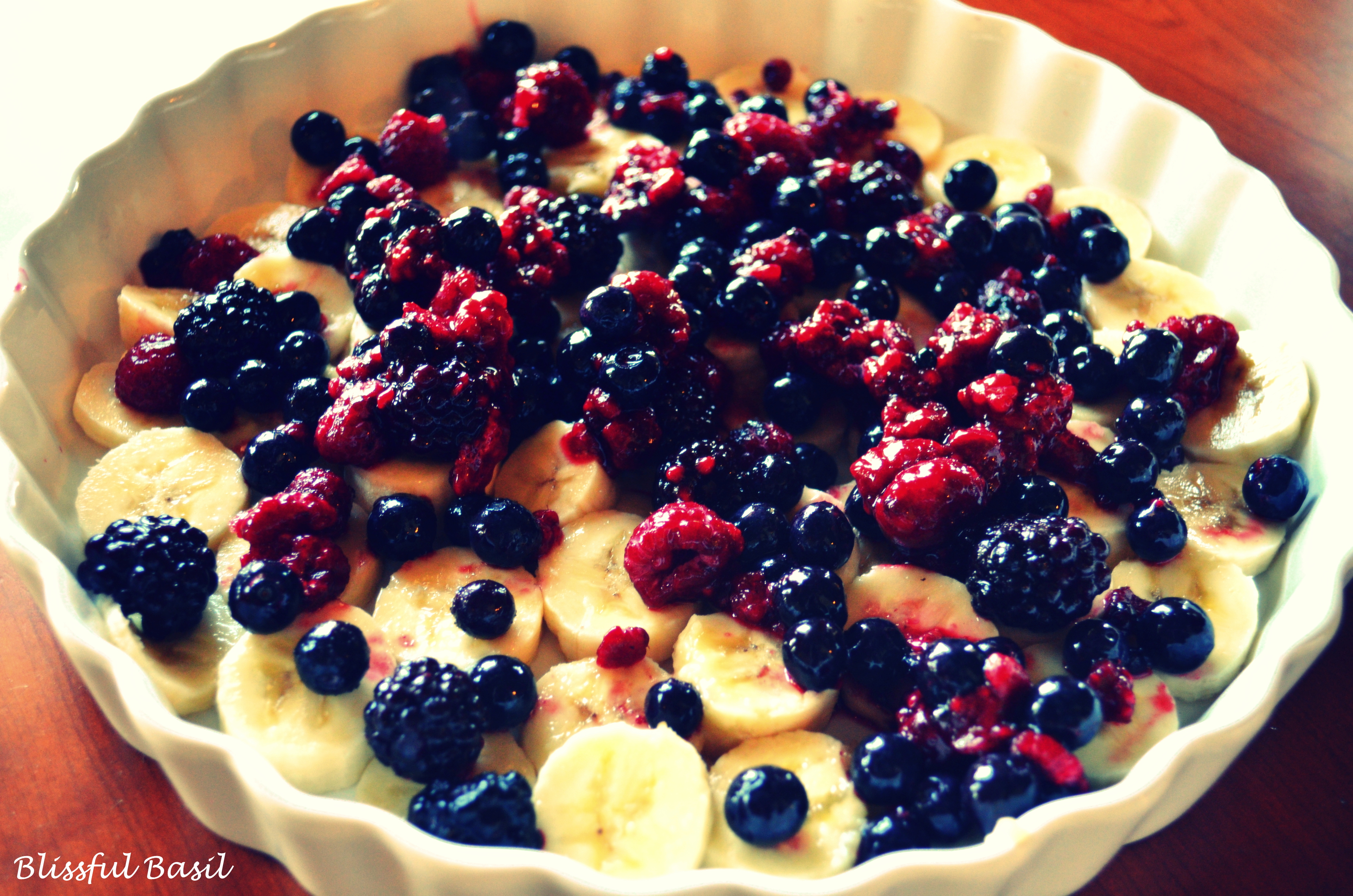 5. Sprinkle the oat and seed mixture over the fruit. 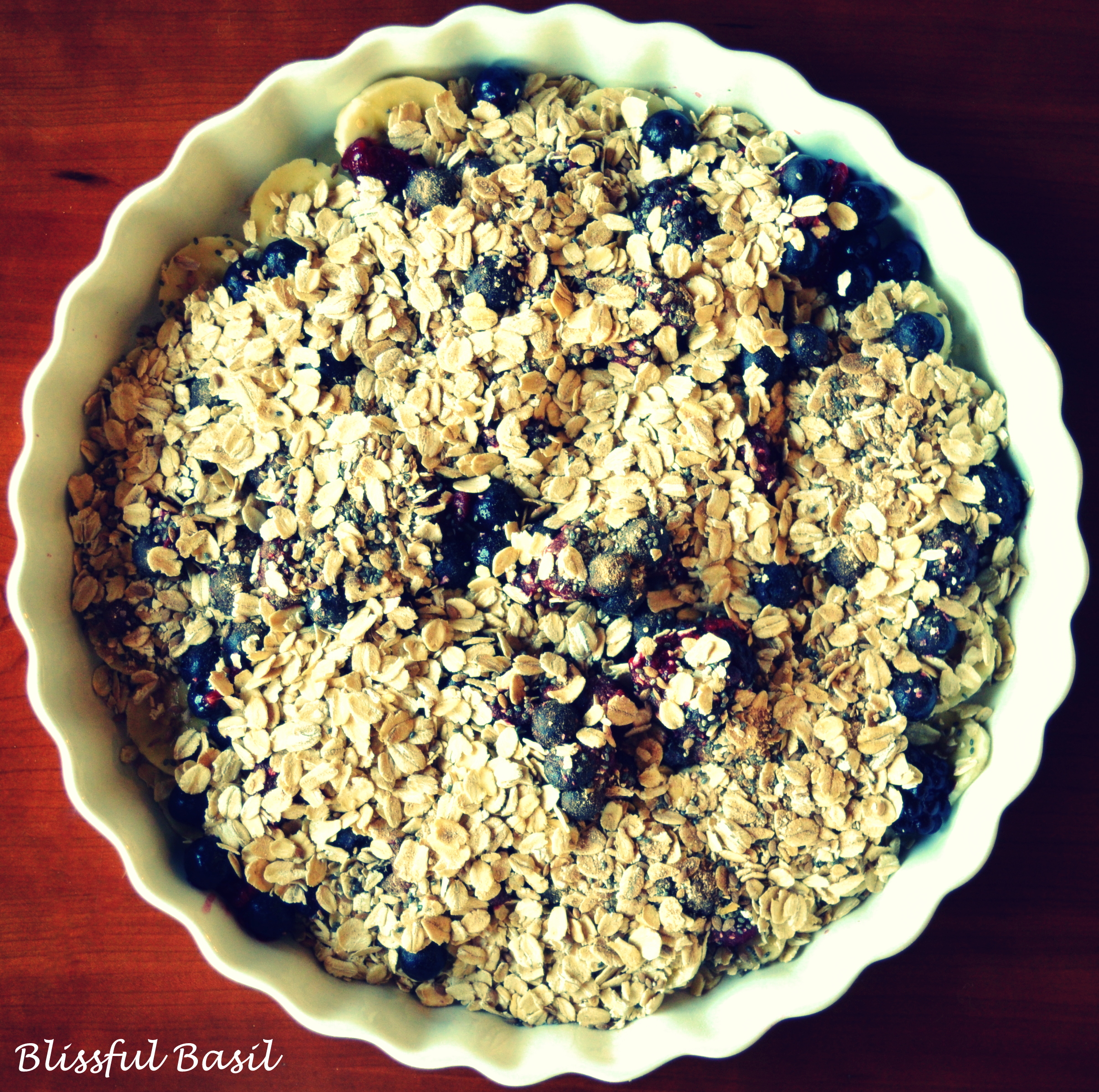 6. Pour the liquid ingredients evenly over the oats and sprinkle the remaining berries over the top.

7. Bake for 40-45 minutes or until the top is browned and the oats have set. Let cool for 15 minutes before serving. Enjoy!

* Flax seeds may aid in lowering bad cholesterol (LDL) and keep platelets from becoming sticky (read: reducing your risk of heart attack).  They are also rich in antioxidants and fiber and are believed to prevent certain cancers (e.g., breast). Chia seeds contain the highest plant source of Omega-3, reduce bad cholesterol levels, contain more antioxidants than blueberries, and are a complete protein (i.e., contain all 9 amino-acids).