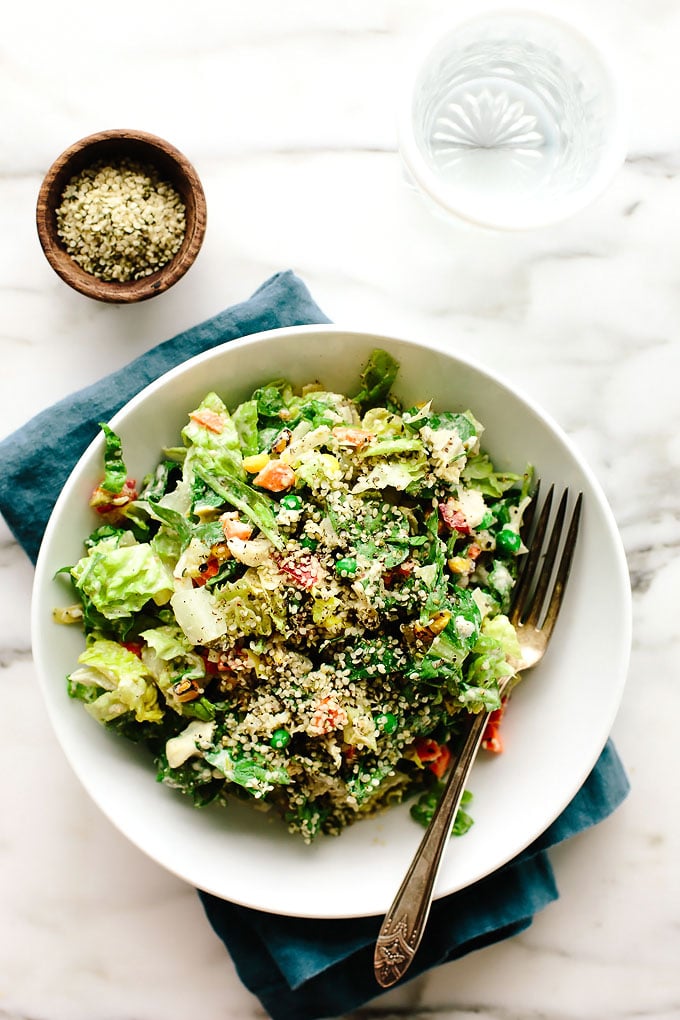 This salad recipe has been over a year in the making.

What started out as a pregnancy-induced love affair with chopped salads as big as my head, morphed into a perpetual and insatiable craving for chopped salads period.

Over the last year, I've made this salad countless times, and it's hands down my all-time favorite salad. The only problem with turning it into a proper recipe to share with you was that I never measured any of the ingredients. Even the cashew ranch was more of a toss-together thing of haphazard proportions. Each time I'd make it, I'd simply tweak and adjust, tweak and adjust until I got the flavors juuuust right.

And so, when I decided it was finally time to share the recipe here, I had a bit of trouble getting the proportions right. The whole salad-to-dressing ratio thing is a bit of an art.

Of course, it's also a matter of personal preference, so perhaps you'll find that my "perfect" ratio is actually quite different than yours. In that case, please feel free to adjust to suit your tastes. I won't take offense.

Bottom line: Many, many, many huge and yummy chopped salads were consumed during the making of this recipe. And I'm not complaining.

Upon first glance, the recipe looks a bit daunting in terms of length, but I promise you it's a real cinch to throw together.

And the more often you make it, the more effortless it will become.

Funny thing: The word "nom" sort of irks me in print, but Sloane has been making an actual "nom" sound while eating solids lately, and all of the sudden I've taken a general liking to the word.

Another funny thing: I never thought I'd be the overly gushy, sappy mom type, but I'm totally the overly gushy, sappy mom type, and I've 1000% made peace with it. (Or in gushy mom speak, "I've to-the-moon-and-back-infinity made peace with it," because that's also how much I love that little babe—to the moon and back infinity—and I tell her that no less than 14 times a day.) See, total mushball sapfest over here.

Back to the salad.

Three steps to make it: Prepare the dressing, chop the veggies, toss.

To make the salad, chop and/or add the following to a large salad bowl:

Drizzle with the dressing, and then toss, toss, toss to coat. 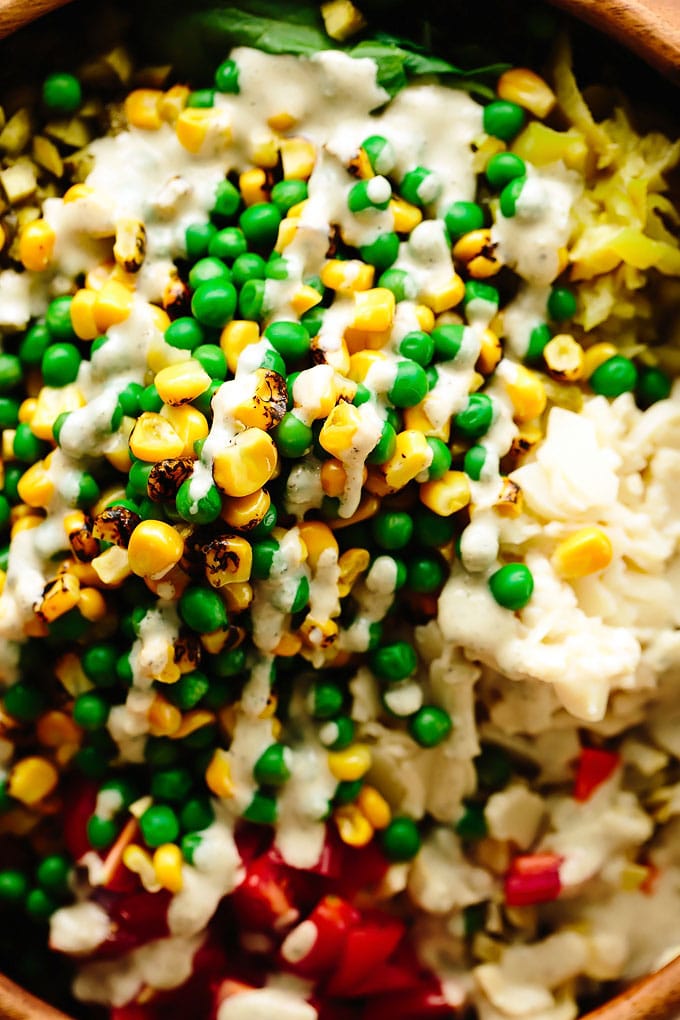 If you'd like a protein boost, add a generous handful of hemp hearts and toss again. 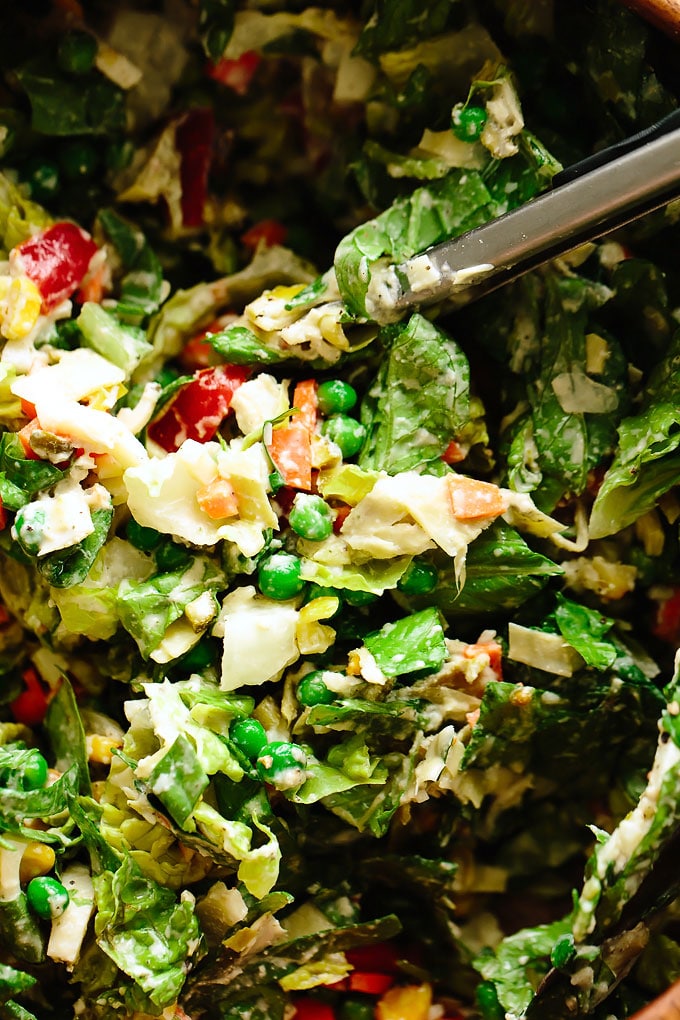 Then, season to taste with salt and pepper if desired—I find it doesn't need much additional seasoning—and serve immediately.

No joke, I used to eat the ENTIRE salad on my own during pregnancy, now I split it with Dan.

So, for us it serves max two, but for you it might serve three or even four. Totally depends on your appetite and whether you're making it a main course or a side dish.

Happy veggie chopping to you! 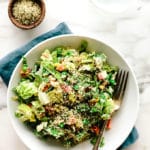 For the Cashew Ranch Dressing

For the Chopped Salad

*7 ounces is approximately one large head of romaine, but I usually use the pre-washed and packaged romaine leaves for ease and precision of measuring.