This simple eggplant + tomato sauce has a surprising addition: cinnamon! The combination of cinnamon and cilantro adds warmth and freshness to this hearty pasta sauce. 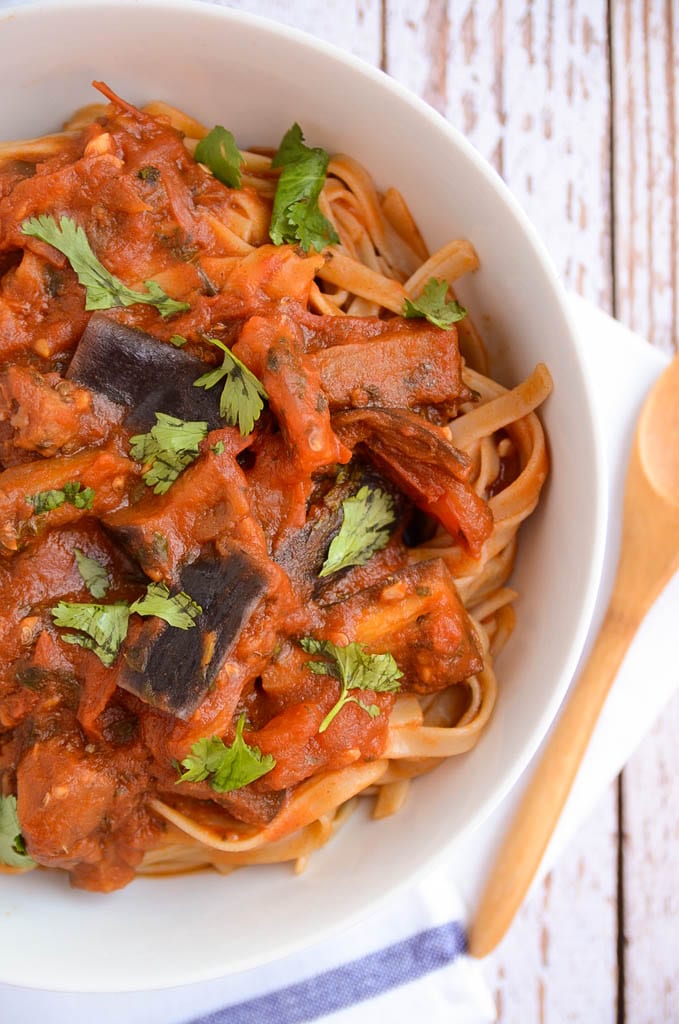 This eggplant + tomato pasta might appear ultra hearty at first glance, but it's bursting with bright, unexpected flavors.

A few months back, Dan and I developed a complete food crush on this little Mediterranean spot in a nearby neighborhood. It's quaint and unassuming but their food pops with brightness and is awesomely unique.

My absolute favorite dish is a mixture of stewed tomatoes, eggplant, and cilantro that is spiced with cinnamon and served over warm cous cous.

I've spent many a recent evening trying to recreate this dish and perfect the spicing, and I'm happy to say that I think I finally got it right. 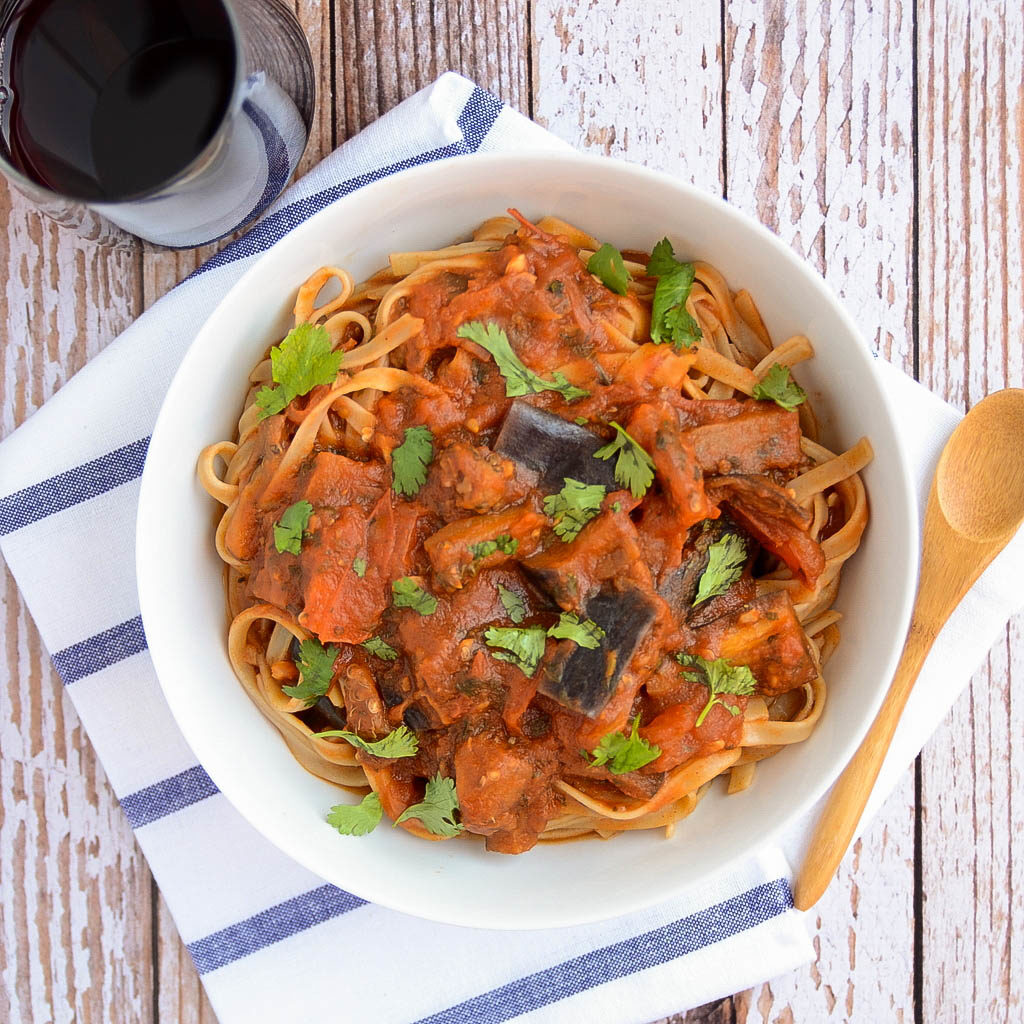 Plum tomatoes, eggplant, and cilantro are stewed together with garlic, cinnamon, paprika, coriander, and a pinch of cayenne to create a saucy stew that exudes warmth and comfort.

This is a pasta sauce that's fun and a bit different from the typical tomato-basil combination.

It's sure to pleasantly (let's hope) surprise people.

This lovely eggplant sauce is also super versatile and can be served over anything from pasta to cous cous to brown rice to quinoa or you can enjoy it all on its own. 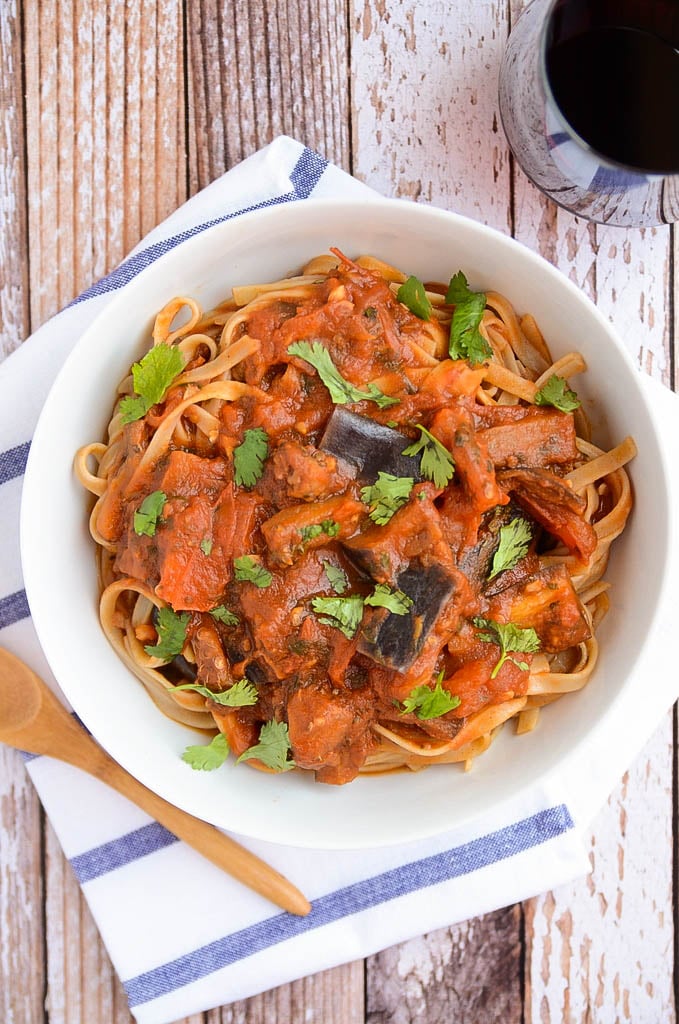 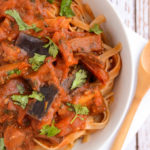