Heaps of spiralized zucchini noodles and lemon-marinated veggies are tossed in a protein-packed vegan hemp seed alfredo and finished with a touch of vegan parmesan. 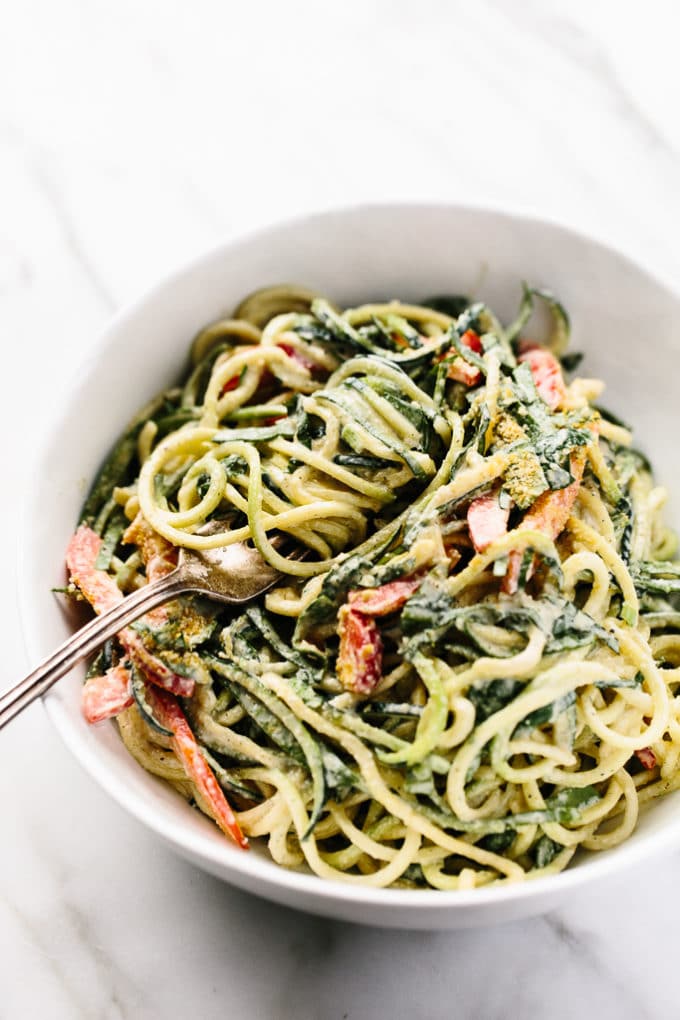 Whether you're trying to incorporate more veggies into your new year, looking for a clean-eating + nutrient-rich meal, or simply craving a big bowl of pasta, this dish will effortlessly accommodate your every need. This raw vegan pasta is light, refreshing, and offers a slew of micronutrients, yet the richness of the sauce makes it intensely satisfying and comforting. The sauce also packs a nutritional punch of omega-3 and protein thanks to all those hemp seeds.

To make this "pasta", you'll start by marinating zucchini noodles in fresh lemon juice along with thin strips of red bell pepper and a small heap of thinly-sliced baby spinach. 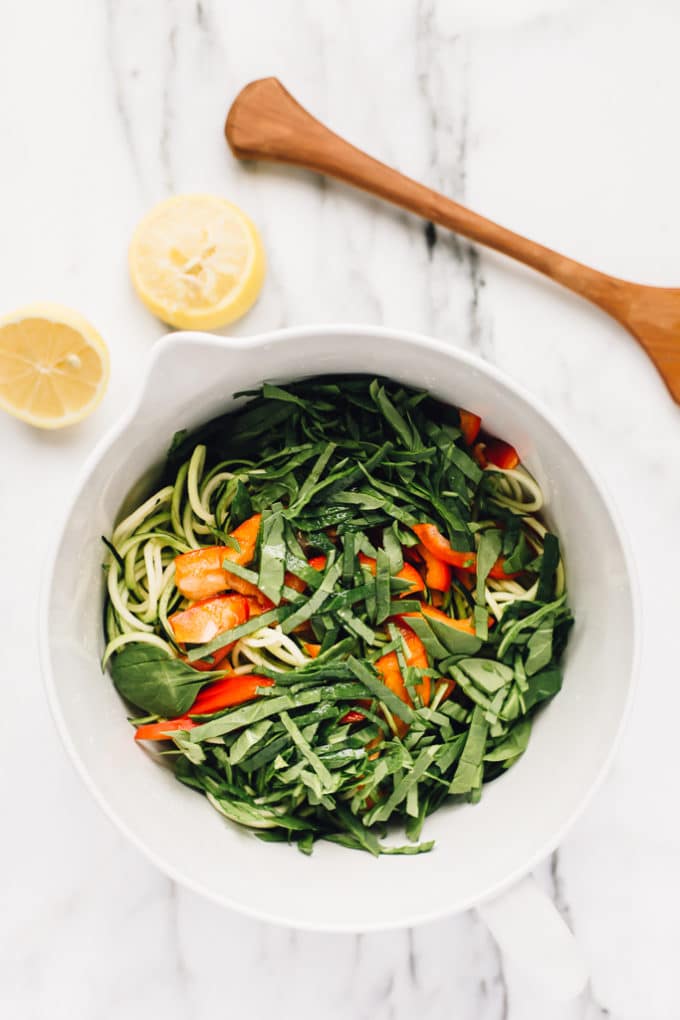 The acidity of the lemon juice softens the noodles ever so slightly, offering them a more enticing bite. 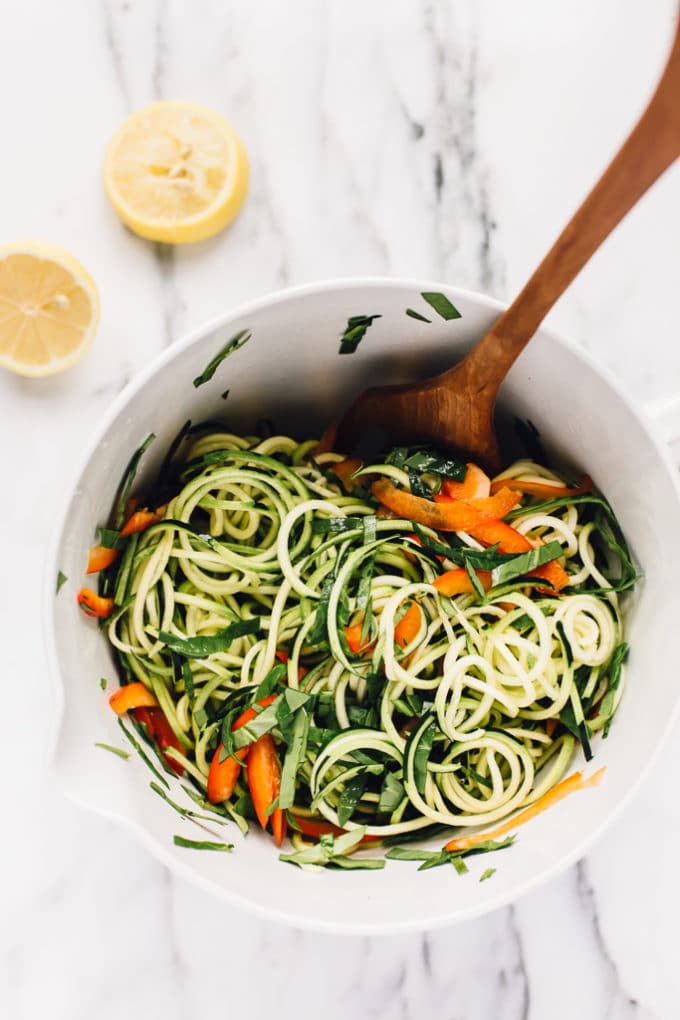 As the noodles marinate, you'll make this Hemp Seed Alfredo Sauce by blending raw cashews, hemp seeds, plant-based milk, nutritional yeast, fresh lemon juice, garlic, sea salt, black pepper, and a pinch of nutmeg (if you're feeling it). Once everything is blended into a thick and creamy sauce, you'll pour the Alfredo over the pasta, sprinkle some fresh basil over top, and toss to coat. 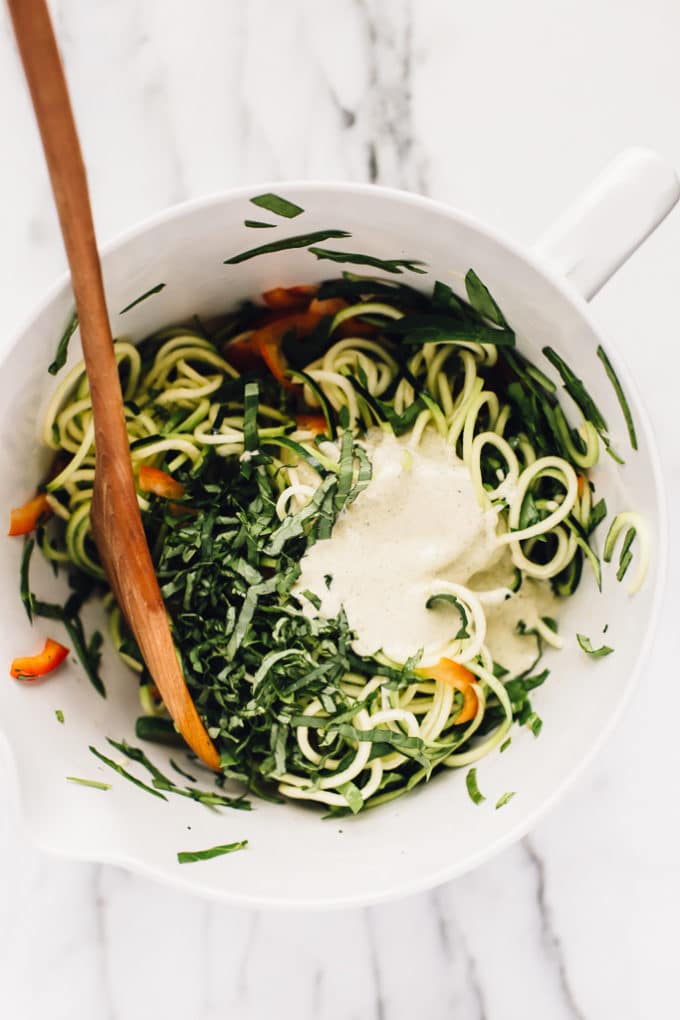 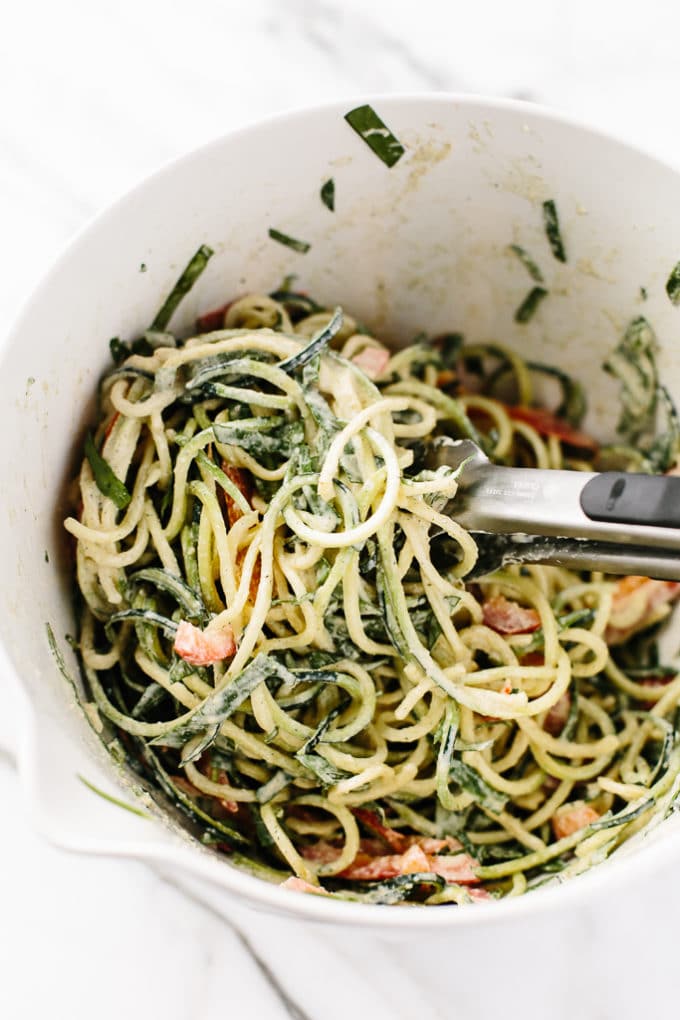 Nestle heaps of the zucchini pasta into bowls and sprinkle with a bit of vegan parmesan cheese, if you'd like. Then, sink a fork in and get twirling. 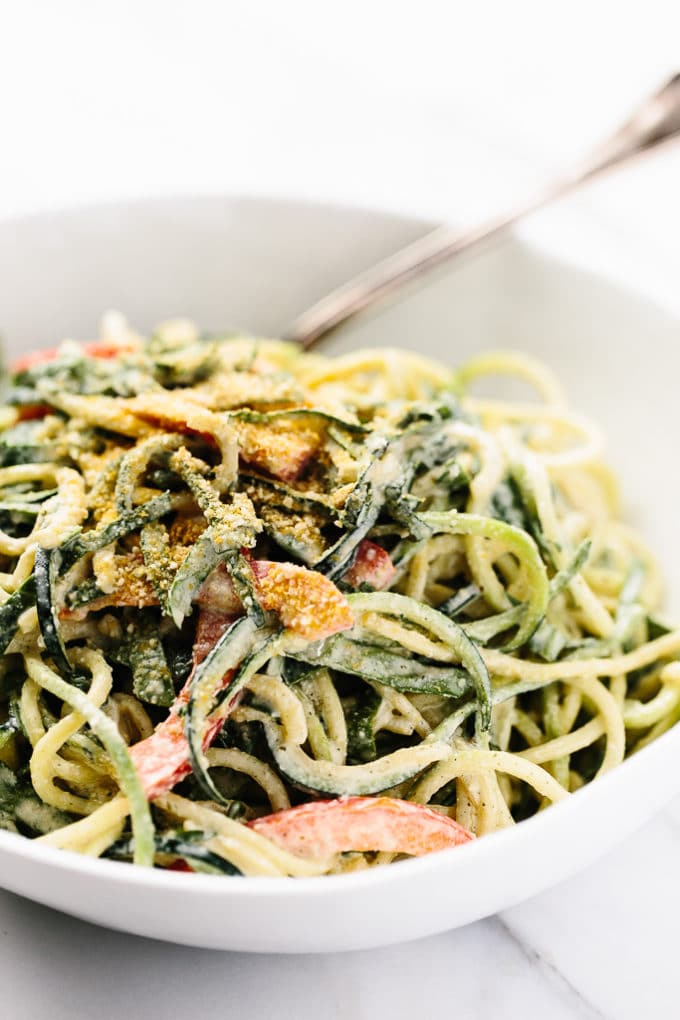 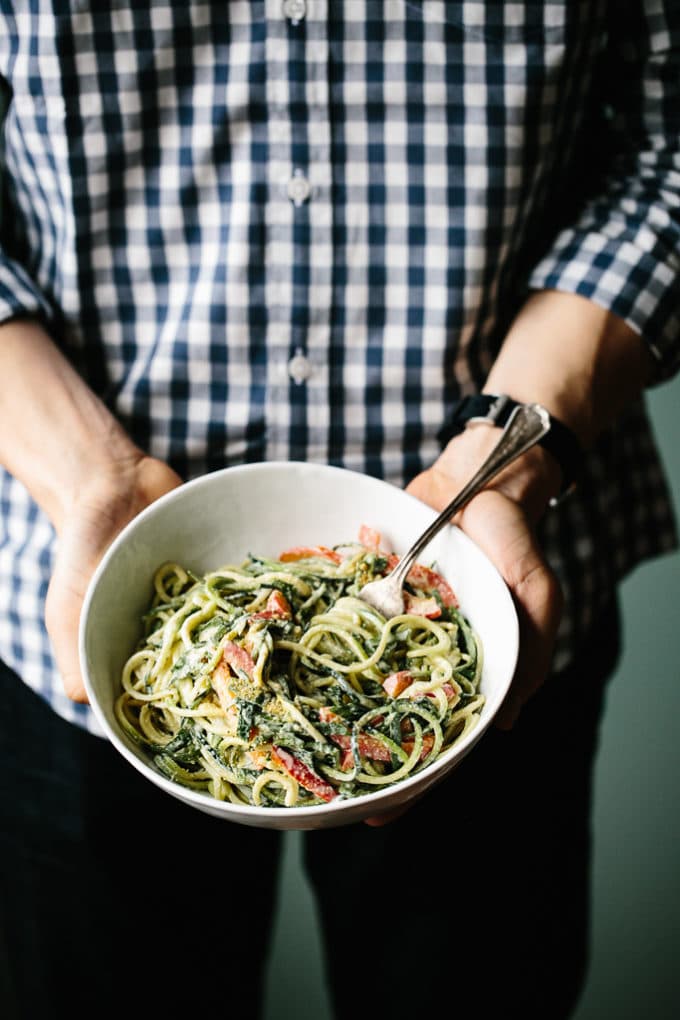 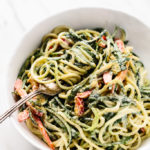 Heaps of spiralized zucchini noodles and lemon-marinated veggies are tossed in a protein-packed vegan hemp seed alfredo and finished with a touch of vegan parmesan. This dish is as fun to eat and satisfying as it is nourishing. It's packed with omega-3s, plant-based protein, and healthy fats.
Prep Time 20 minutes
Total Time 20 minutes
Servings 2 to 3

*You can use store-bought vegan parmesan cheese or homemade. If you opt for homemade, simply add ¼ cup raw cashews/almonds/hemp seeds, 2 to 4 tablespoons nutritional yeast flakes, and ¼ to ½ teaspoon sea salt to a food processor and process for 10 to 15 seconds or until the texture resembles grated parmesan. Sprinkle on as much as desired and refrigerate leftovers.
**This recipe can easily be cut in half if you're looking to serve 1 to 2 people. Just remember to also cut the Hemp Seed Alfredo Sauce in half.