This quick cucumber noodle salad with tahini-lime dressing is a meal I tossed together on a whim around 7pm this past Wednesday after spending 10+ hours in the kitchen. I had no intentions of sharing it on the blog, but it ended up looking so pretty and colorful that I decided to snap a few photos with my proper camera in case it ended up tasting good enough to share (note/my apologies: I didn't realize that I had crossed the chopsticks -- a symbol of denial -- until I was editing the photos the following day). And it absolutely did. 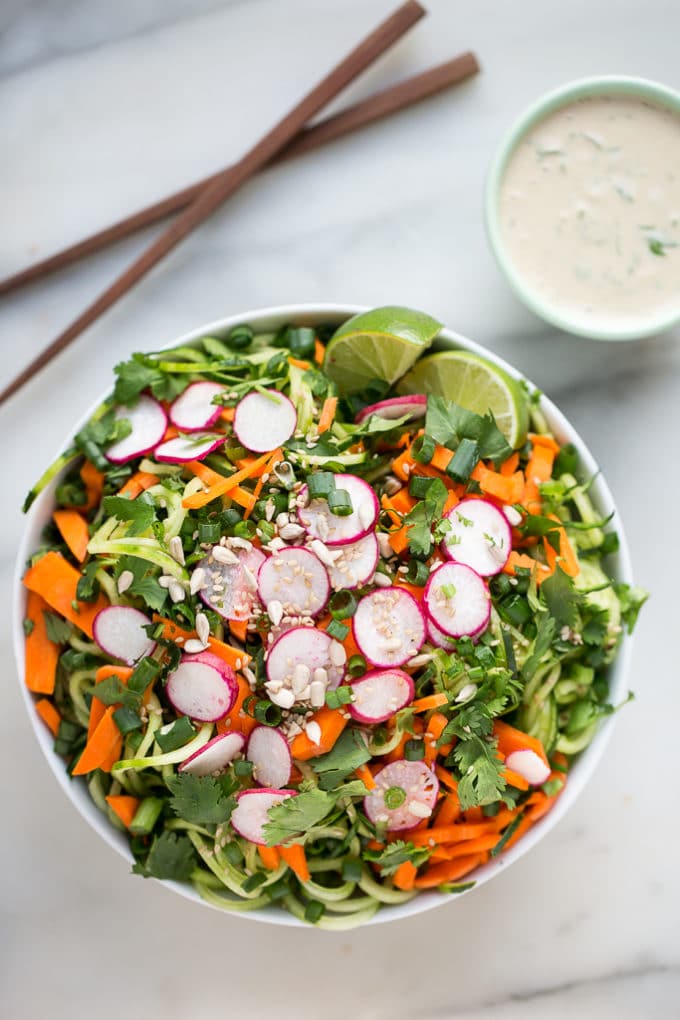 It's quick | Requiring just 15 minutes total, give or take a few depending on the deftness of your chopping and spiralizing skills.

It's crunchy | Chopped romaine is topped with a heaping pile of crisp cucumber noodles, julienned carrots, and sliced radishes. Plus, a few tablespoons of seeds are sprinkled on top for extra crunch.

It's fun to eat | Big bites of cucumber noodles that have been mingling with a creamy tahini-lime dressing. Yes, again and again, bite after bite.

It's vibrant and packed with vitamins and minerals | Just look at it... 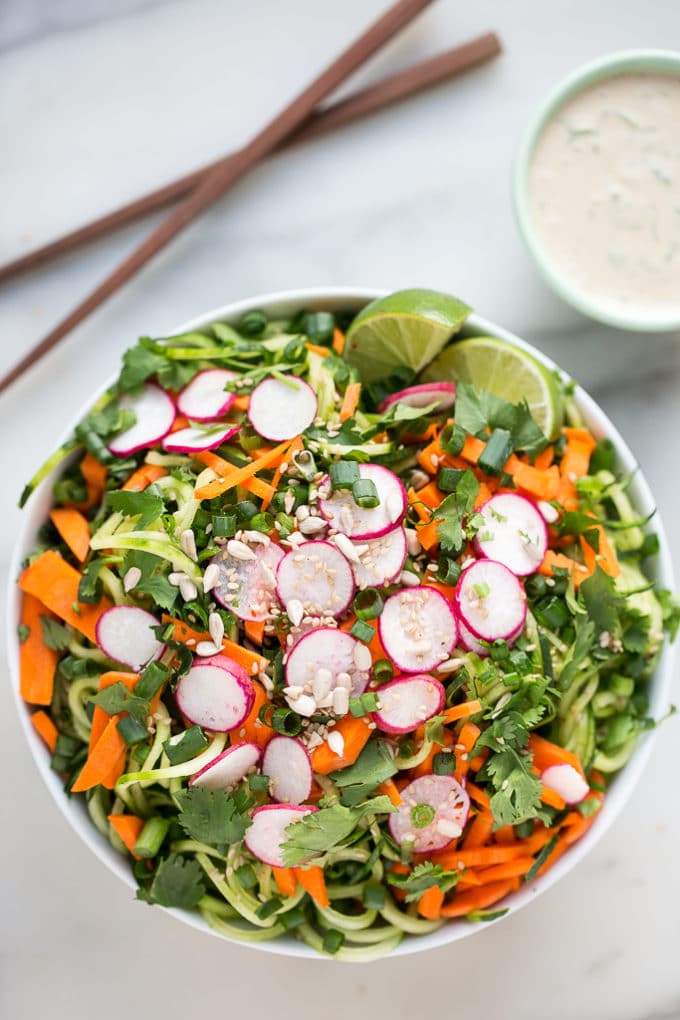 If you go on volume alone, you'll think this salad makes way more than two servings, but trust me on this one.

After I snapped these photos, I promptly dumped this beaut of a salad into a large mixing bowl to accommodate my dressing slathering and then plopped on the couch, large metal mixing bowl in one hand and fork in the other. Dan promptly shot me a look and inquired, "Whoa, you got enough salad there? $5 says you won't finish it." An empty bowl and $5 bill exchange later, I was perfectly satisfied and deciding what I wanted for dessert (because there's always room for dessert).

Moral of the story: using cucumber noodles as the main ingredient in this salad means this is the one instance in which your stomach will be bigger than your eyes. Load up a big bowl, drizzle on that dressing, and get crunching. 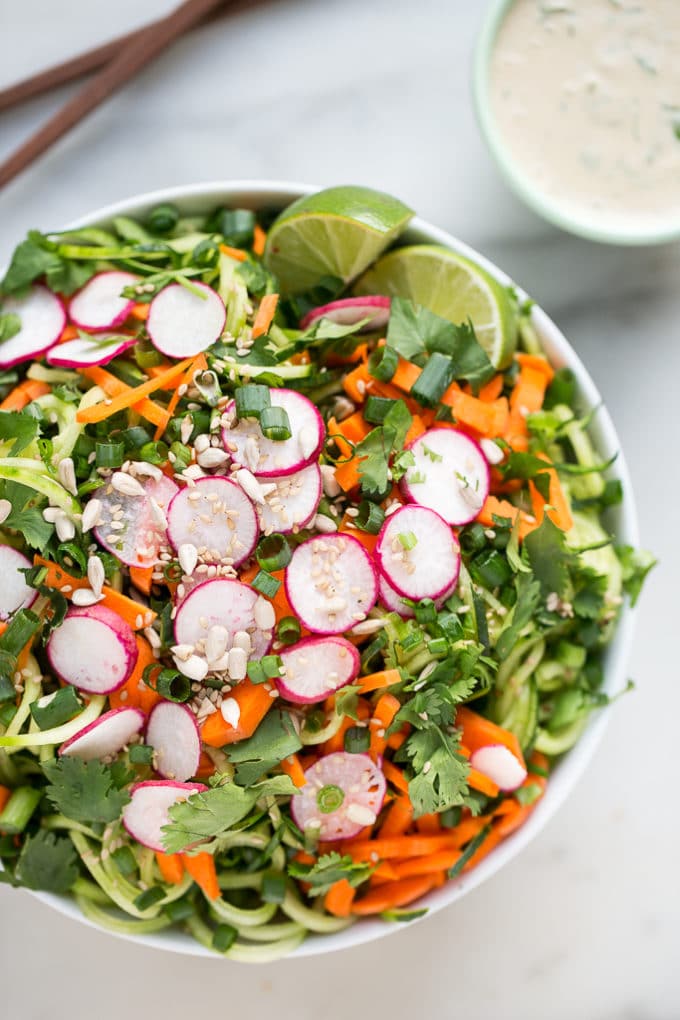 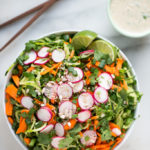 *The creamy tahini-ginger dressing from this salad can also be used: https://www.blissfulbasil.com/2014/06/25/colorful-jicama-noodle-salad-with-creamy-tahini-ginger-dressing-vegan/