If you're looking for an easy weeknight meal for one, look no further than this personal vegan tortilla pizza with homemade mozzarella, mushrooms, tomatoes & basil. 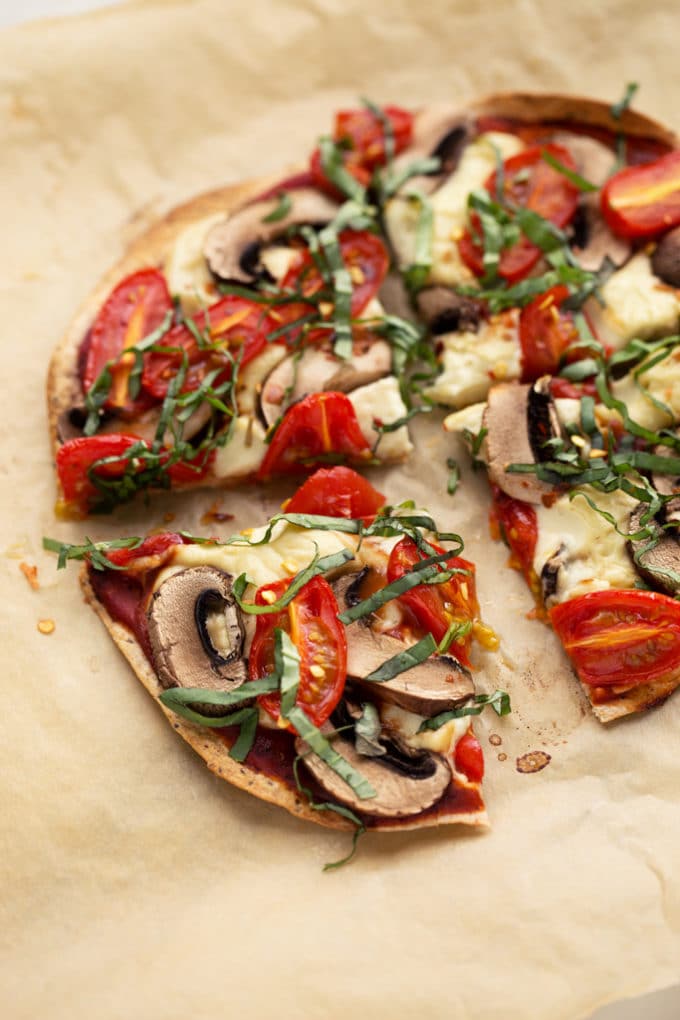 With Dan away at a bachelor party in Montana this past weekend, I spent my days and evenings in the kitchen. I chipped away at recipe testing and even had a little time to veg on the couch and catch up on a few documentaries. Speaking of which, have you seen the documentary Fed Up? It's finally on Netflix, and it's definitely worth a watch.

With so much alone time, I was reminded of the days when Dan used to travel for work on a regular basis. He was usually gone from Monday to Thursday each week, and his absence gave me the opportunity to learn how to cook for one person. Tortilla pizzas emerged as my most frequented dish for three reasons: 1) they're delicious, 2) they're quick, and 3) they're affordable. Considering I was a frugal grad student at that time, the last perk proved to be the most rewarding.

Although I shared a few pita pizzas on the blog back then (you'll have to go searching for those gems, as I'm too embarrassed to link to them), I never shared the trusty tortilla pizza. To make up for lost time, this version is extra special. A sprouted (or gluten-free) tortilla gets slathered with pizza sauce. Then, mounds of homemade cashew mozzarella are dropped on top along with sliced mushrooms and tomatoes. The veggie-covered round gets baked until it's sturdy and crisp, and then fresh basil is sprinkled over top for a pop of freshness.

Using a tortilla for the crust makes for a cracker-like crunch, and it's surprisingly sturdy. The cashew mozzarella is creamy and rich without being heavy, the mushrooms add a savory touch, and the tomatoes add brightness.

The cashew mozzarella is from this pizza power bowl recipe I posted last fall, except I omitted the garlic this time around. To make it, you'll blend raw cashews, water, nutritional yeast, arrowroot powder, apple cider vinegar, and sea salt together until perfectly smooth. Pour it into a saucepan, heat over medium, and whisk constantly until (about 2 minutes) you have a "cheese" that looks like this... 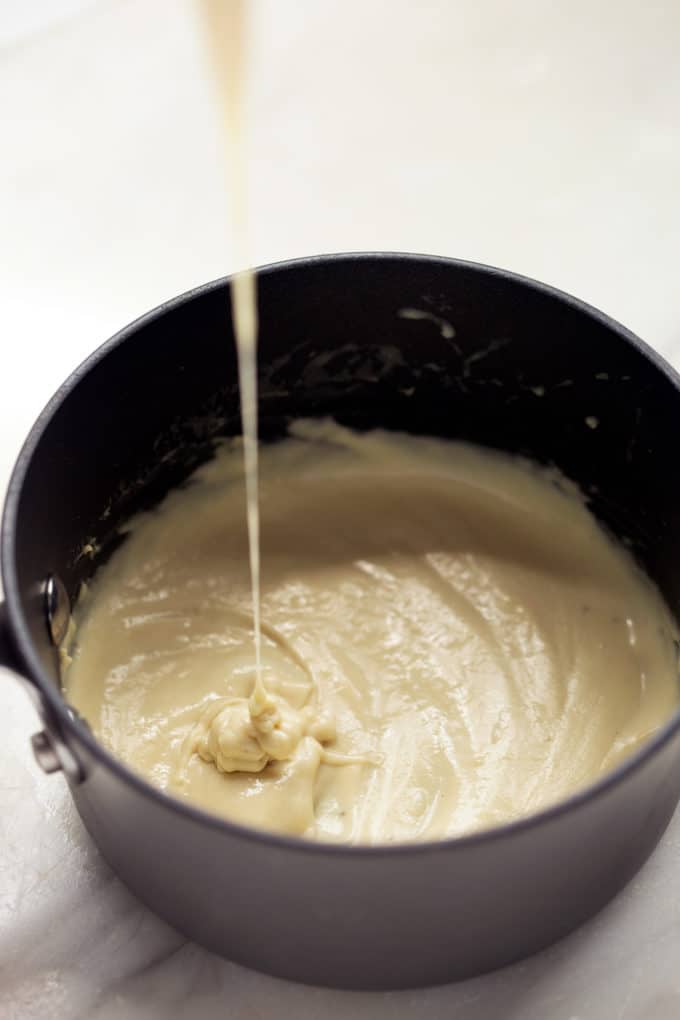 Place the tortilla on a pan. Then, top with the sauce, mozzarella, mushrooms, and tomatoes, and bake at 400F for 18 to 22 minutes or until the tortilla is crisp. 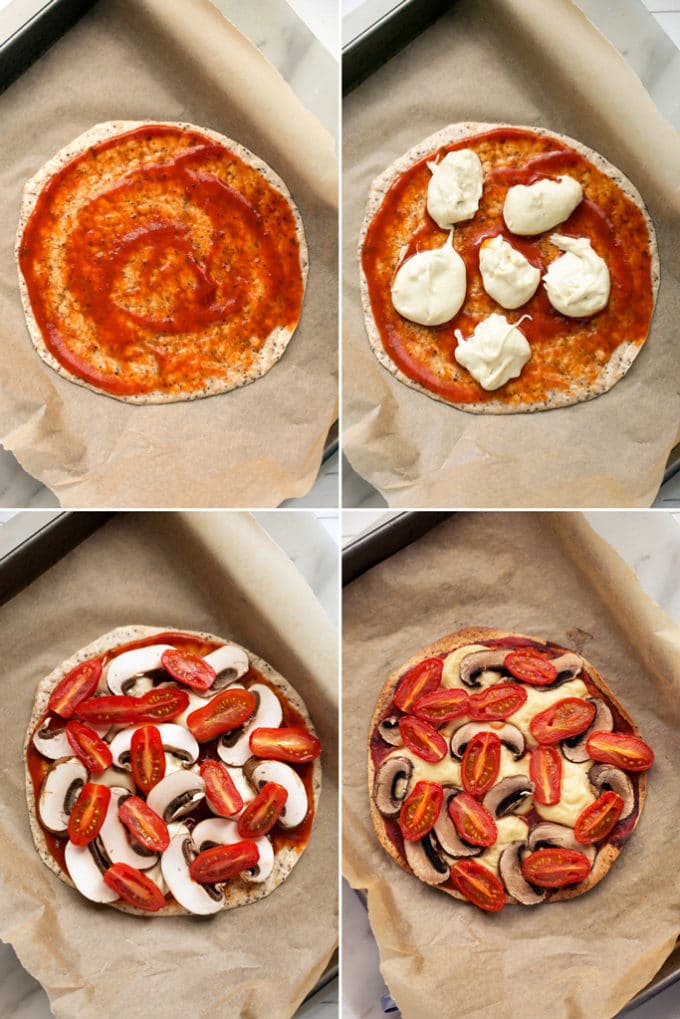 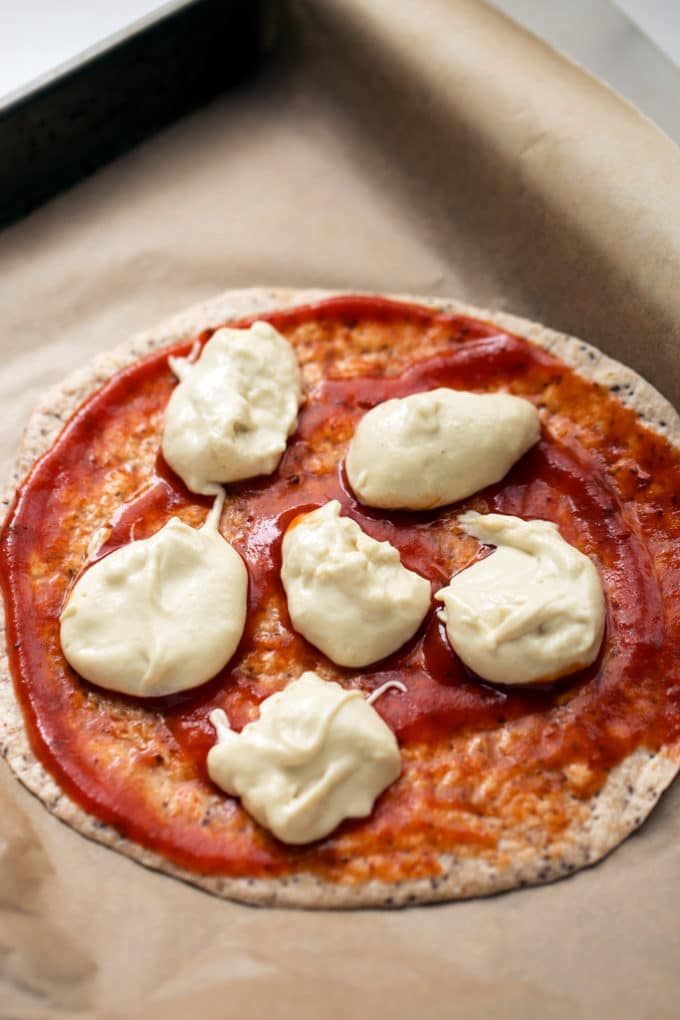 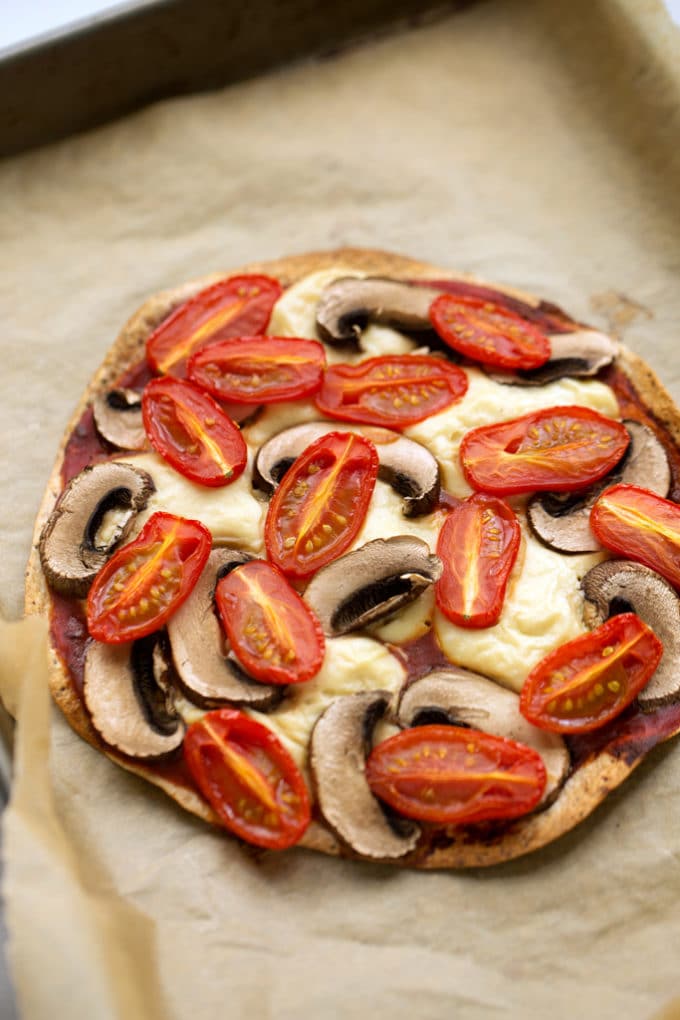 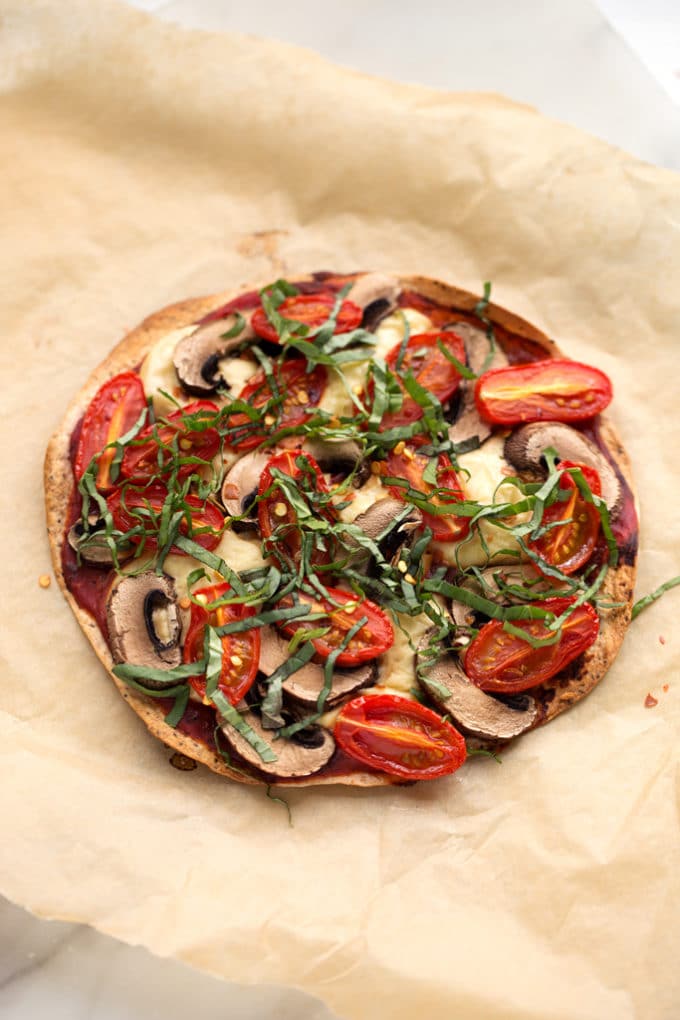 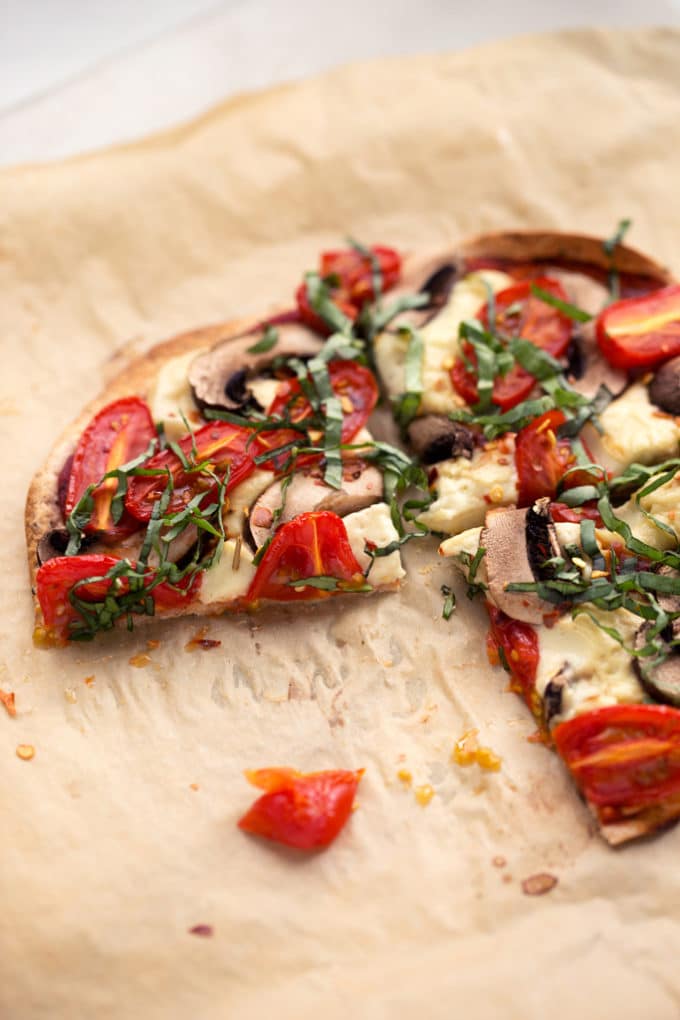 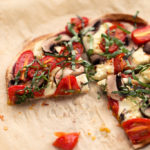 For the Cashew Mozzarella

*If you don't have a high-powered blender, simply soak the cashews in warm water for an hour or two before blending.