A gluten-free take on classic tabbouleh salad. Nutty millet is tossed with lots of chopped fresh parsley, mint, diced roma tomatoes, sliced scallions, and hemp seeds. A bright and tangy dressing gets poured over top, and the salad is tossed once again. Enjoy this vegan, gluten-free millet tabbouleh on its own or serve it alongside hummus and warm pita bread! 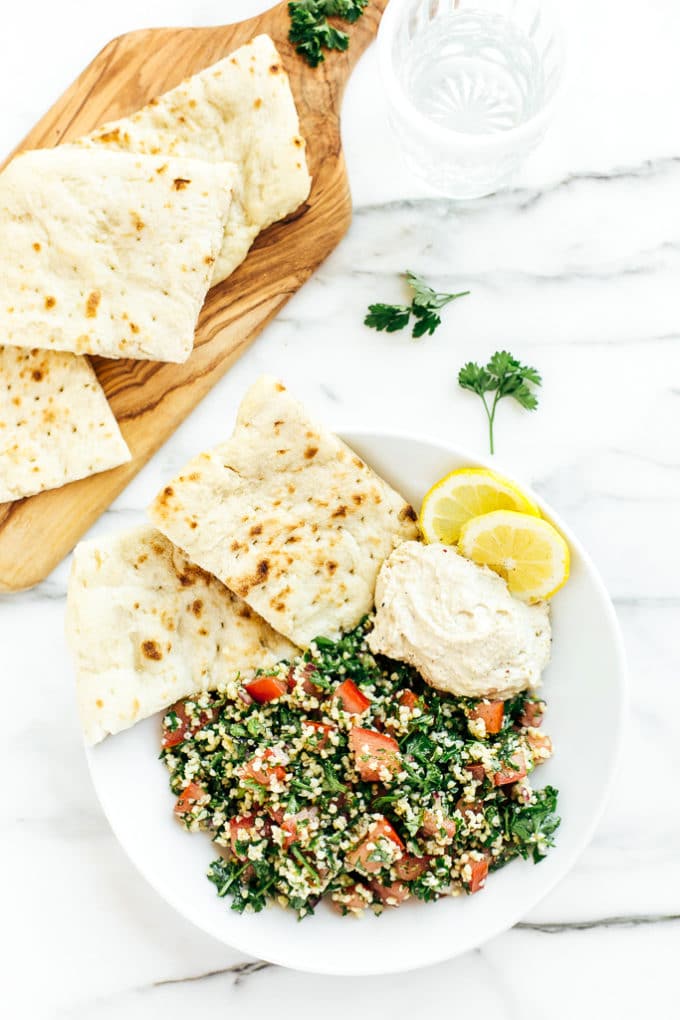 Have you ever had one of those days that starts off awesomely productive yet slows to a snail's pace by afternoon? Slow as in a task seems to take 3–4 times longer than it should? Last Friday was totally one of those oddball days for me.

The day started off smooth and efficient but slowly sputtered to a halt sometime around 1pm. Between the hours of 8am and 1pm, I went grocery shopping, put the groceries away/cleaned out our refrigerator, re-tested this tabbouleh salad (which I shared on Insta last week), and photographed it too. I sat down to edit the photos right around 1pm, expecting to spend no more than an hour on editing before I uploaded them to the blog and shared a post. But somehow I was still editing at 4pm!!

The culprit of the productivity drift?  A likely suspect: perfectionism. Over the last few years, I've become pretty adept at identifying the perfectionistic push, reframing its nonsensical ways, and releasing it before it takes hold. However, every now and then, its haze of unattainable ideals moves in and swirls around without me noticing.

I follow its lead—left, right, up, down, over, under—in hopes that just this once its promise of the perfect outcome might be true. But those promises that perfectionism makes? Nothing more than a bucket o' lies. And perfectionism herself? The ultimate thief of time, energy, creativity, joy, confidence, and gratitude. 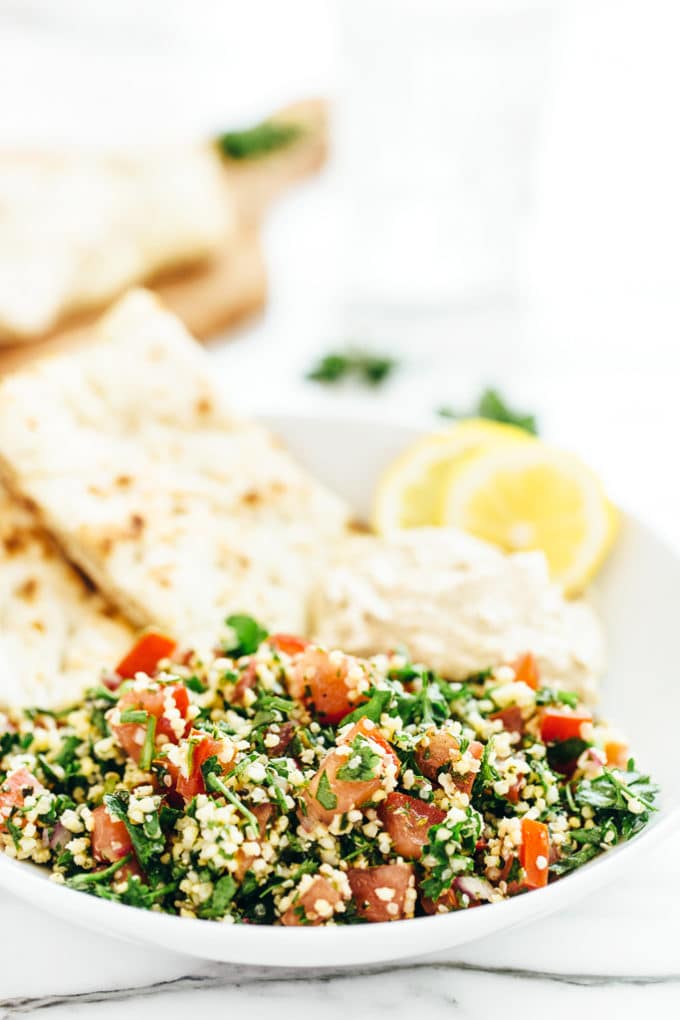 Although I didn't stop that haze of perfectionism from sweeping in on Friday afternoon, the important thing was that I did eventually catch it. And when I did, I took a deep breath, powered down my computer, and did something to honor myself instead of continuing to entertain that perfectionistic streak: I relaxed. I flowed through a few rounds of yoga poses, made myself a smoothie, and journaled. I didn't get this post up on Friday as I had originally planned but it's (perfectly) okay. :-)

In case you're wondering, when I finally went back to finish editing the photos a few days later, I cleared away the edits made under that perfectionistic spell and started fresh. Surprise, surprise, it took me less than 30 minutes the second time around. Are these photos perfect? Nope. But there's something kind of perfect about embracing the imperfect just as it is.

I vividly remember the first time I tried tabbouleh. Not because I loved it but because I really, really disliked it. It was during my sophomore year of college. While ordering a wrap from the made-to-order sandwich stand in our dining hall, I spotted the pretty salad and decided to order a side of it. I don't know what I thought was in it, but I definitely wasn't expecting it to be a parsley and mint bomb. Upon first bite, I nearly spat it out on my desk.

But things change and so do tastebuds, and over the years, I've come to not only like tabbouleh but love tabbouleh. I'm still not the biggest fan of parsley but something about this salad makes it magical. So give me alllll the parsley (but only in tabbouleh, please).

Traditionally, tabbouleh is made with a base of bulgar wheat. It's absolutely delicious with bulgar, but I thought it would be fun/helpful to recreate it with a gluten-free grain. Millet, a mild-flavored grain about the size of couscous, cooks up with a firm-tender bite that makes it less prone to the clumping/mushing effect than other small grains (e.g., quinoa). Given its petite size and lovely texture, it's ideal for cold salads such as tabbouleh. It plays nicely with other ingredients, dispersing itself and mingling with each and every element.

To make this remix of a classic tabbouleh salad, you'll start by cooking the millet (fyi, it only takes about 15 minutes from start to finish). As it cooks, you'll prepare a bright and tangy dressing by whisking together fresh lemon juice, olive oil, minced red onion, sea salt, and black pepper.

Once the millet is ready, add it to a large mixing bowl along with lots of chopped fresh parsley, mint, diced roma tomatoes, sliced scallions, and hemp seeds. Then, pour the dressing over top, toss to coat, and season to taste with sea salt and black pepper.

This salad keeps well for up to 4 days, so it's a great one to prepare on a Monday and enjoy for quick lunches/dinners throughout the week. I recommend serving it with a dollop of creamy hummus and crackers, pita bread, or fresh veggies! Yum. 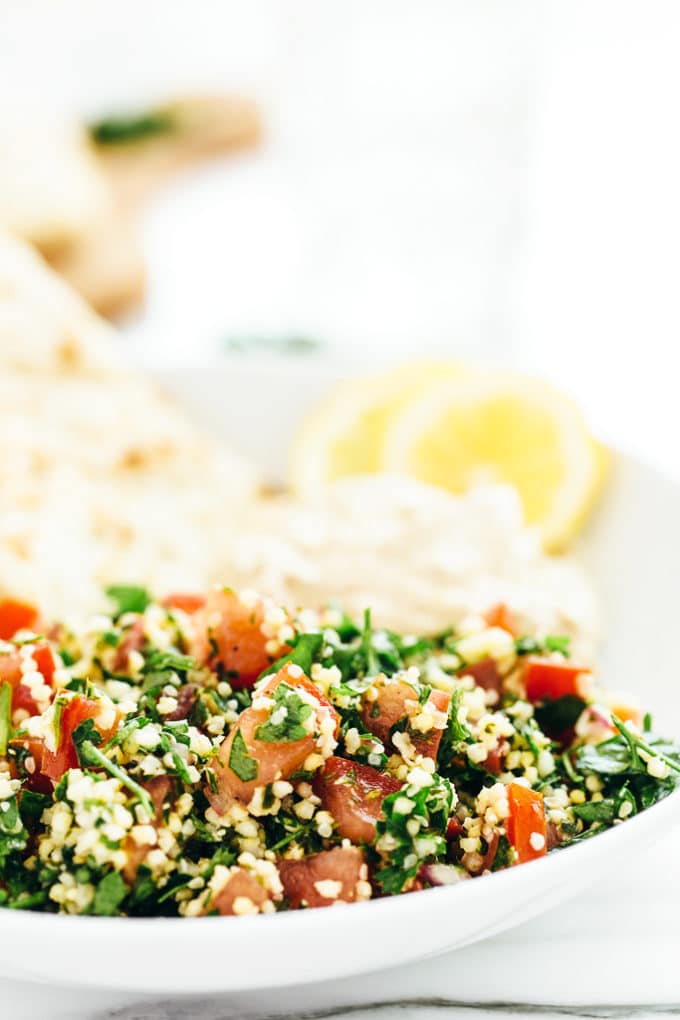 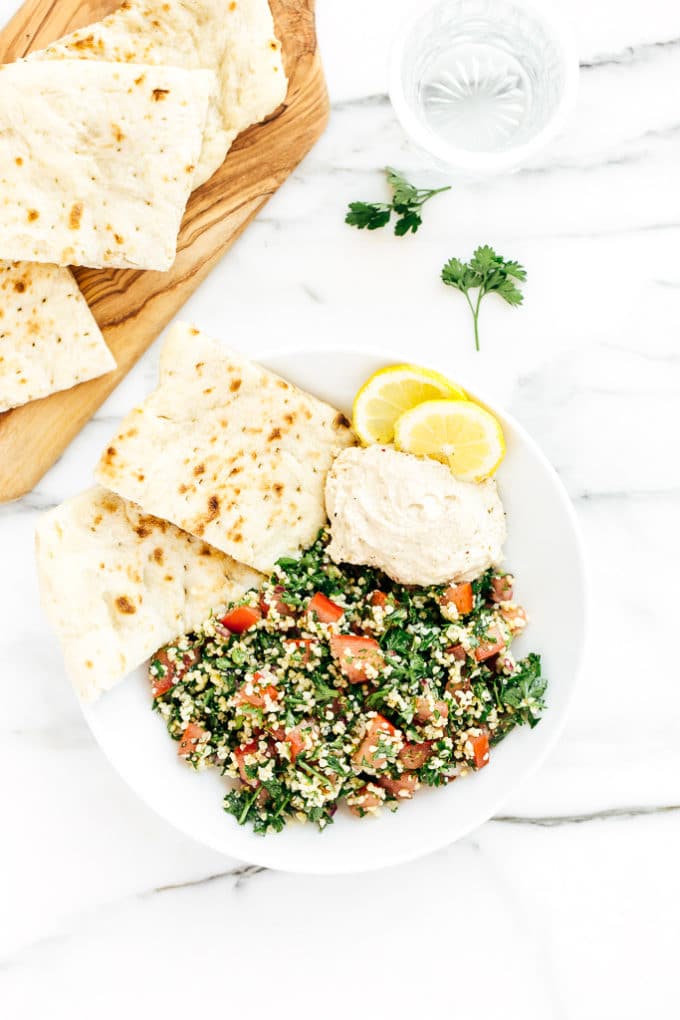 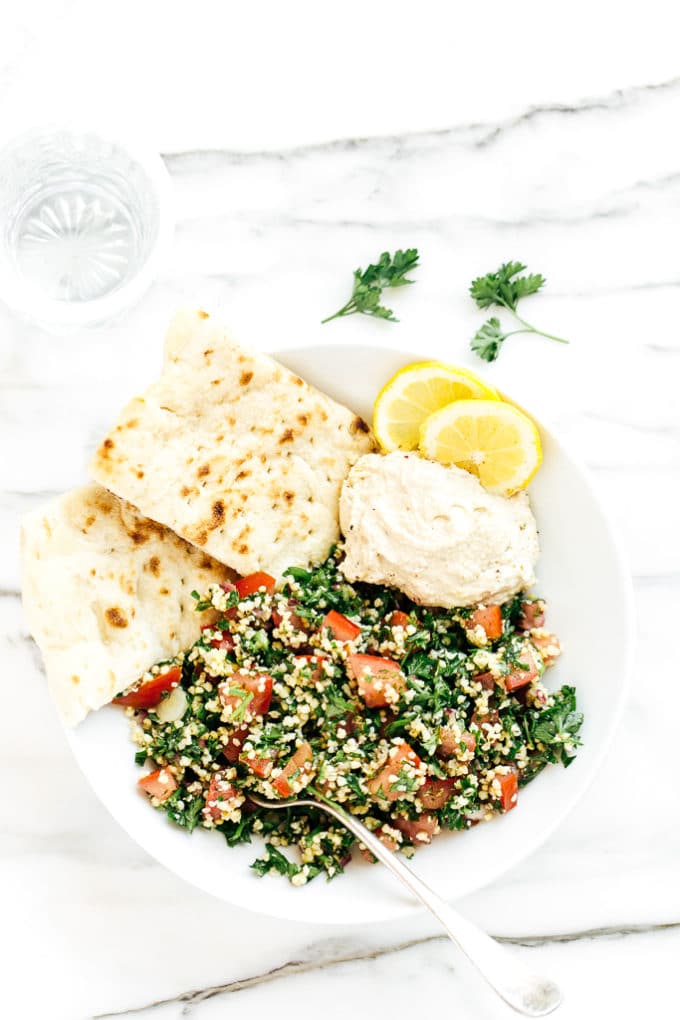 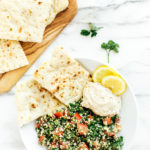 Millet, a mild-flavored grain about the size of couscous, cooks up with a firm-tender bite that makes it less prone to the clumping/mushing effect than other small grains (e.g., quinoa). Given its petite size and lovely texture, it makes the perfect base in this tabbouleh. Cooked millet, lots of chopped fresh parsley, mint, diced roma tomatoes, sliced scallions, and hemp seeds are tossed with a bright and tangy dressing made from fresh lemon juice, olive oil, minced red onion, sea salt, and black pepper. This salad keeps well for up to 4 days, so it's a great one to prepare on a Monday and enjoy for quick lunches/dinners throughout the week. I recommend serving it with a dollop of creamy hummus and crackers, pita bread, or fresh veggies!
Course Salad, Side
Prep Time 20 minutes
Cook Time 15 minutes
Total Time 35 minutes
Servings 6

*If you can't find millet, I have a feeling quinoa would work as a stand-in here, but be careful not to overcook it. In fact, I'd probably lean toward undercooking it to maintain a firm-tender bite and prevent clumping.