This vegan marinated kale caesar salad with crispy shiitake bacon is just as satisfying and savory as it is nourishing. Creamy hemp seed caesar dressing is massaged into shredded kale until the kale wilts and becomes tender. The finishing touch? A sprinkling of crisp shiitake bacon. 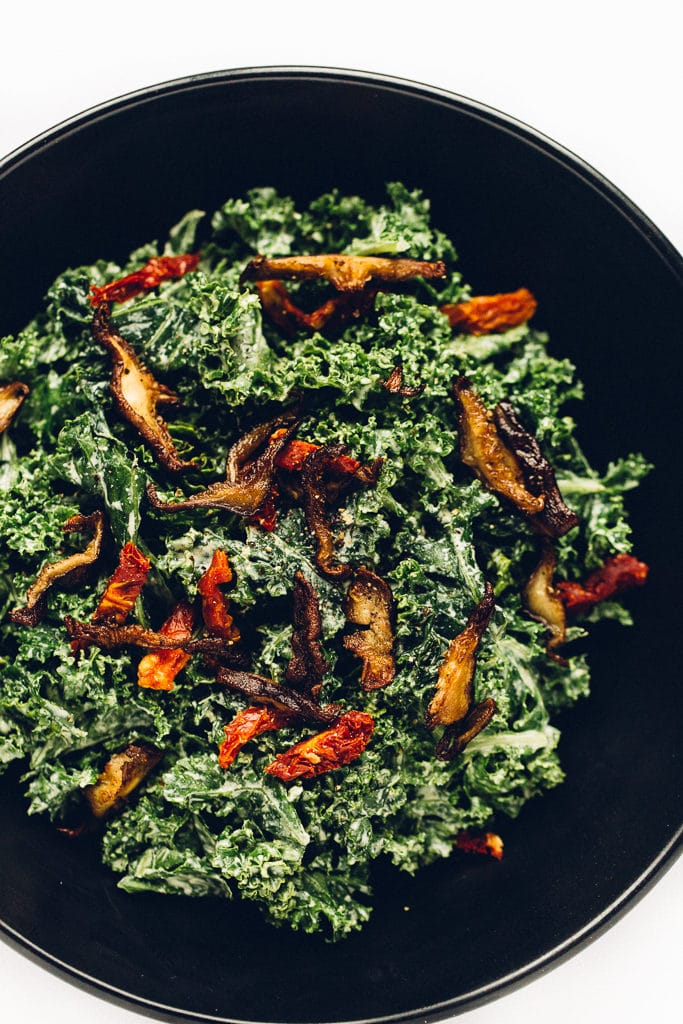 Kale. In a salad. Before you head for the internet hills, hear me out.

Sure, kale can be grassy, tough, and terrifying. However, when given a little love (i.e., massaging/marinating) and attention (i.e., a tasty dressing), it's likely to knock the socks right off of your taste buds.

Let me tell you the story about a man named Dan and his kale-fearing ways. Dan was once convinced he hated kale unless it was in chip form and outfitted in a thick coating of vegan nacho cheese (hellooo, nooch), and he had a particularly intense aversion to kale salads.  But one evening back in May of 2014, this 5-ingredient marinated kale salad lured him over to the kale-loving side. So, how does one transform a kale hater into a kale-craving, green-stuff-in-his-teeth, lover of kale? Give it a two-minute massage.

Keep it clean, I'm referring to the kale. 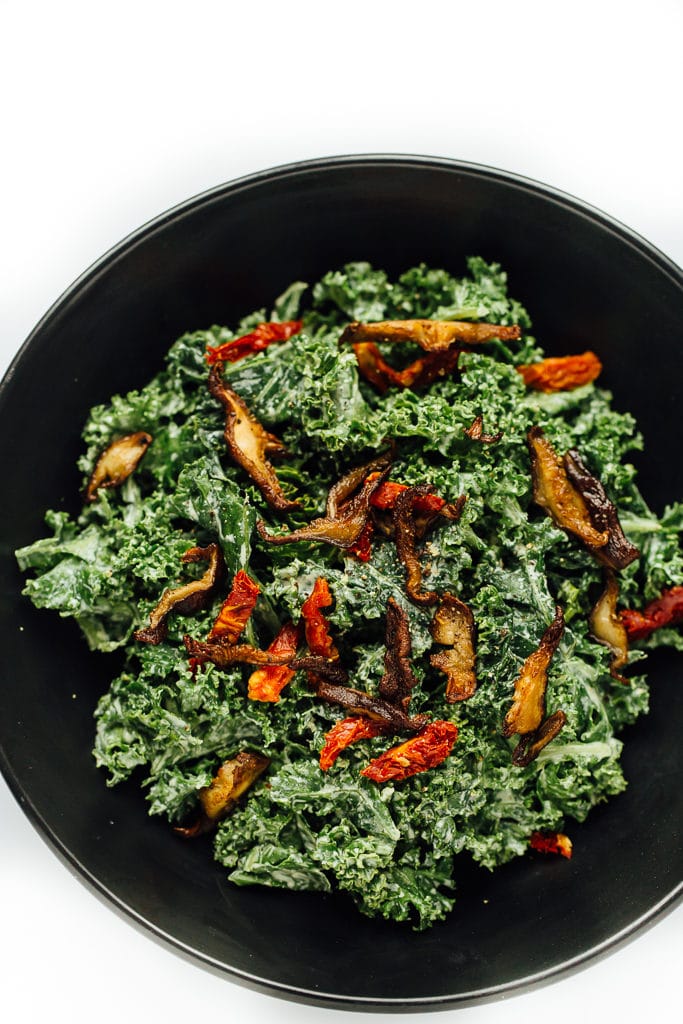 A two-minute massage + 3 other tried-and-true steps to transform your kale salad from drab to fab.

For the record, I have for sure eaten at least one bug via kale salad before. I thought it was a large piece of black pepper and swallowed just before catching a glimpse of another piece of "black pepper" moving in my bowl. Lesson learned. Wash it. Also, this is probably the worst way to convince you to eat kale, but I'll redeem myself in a minute. 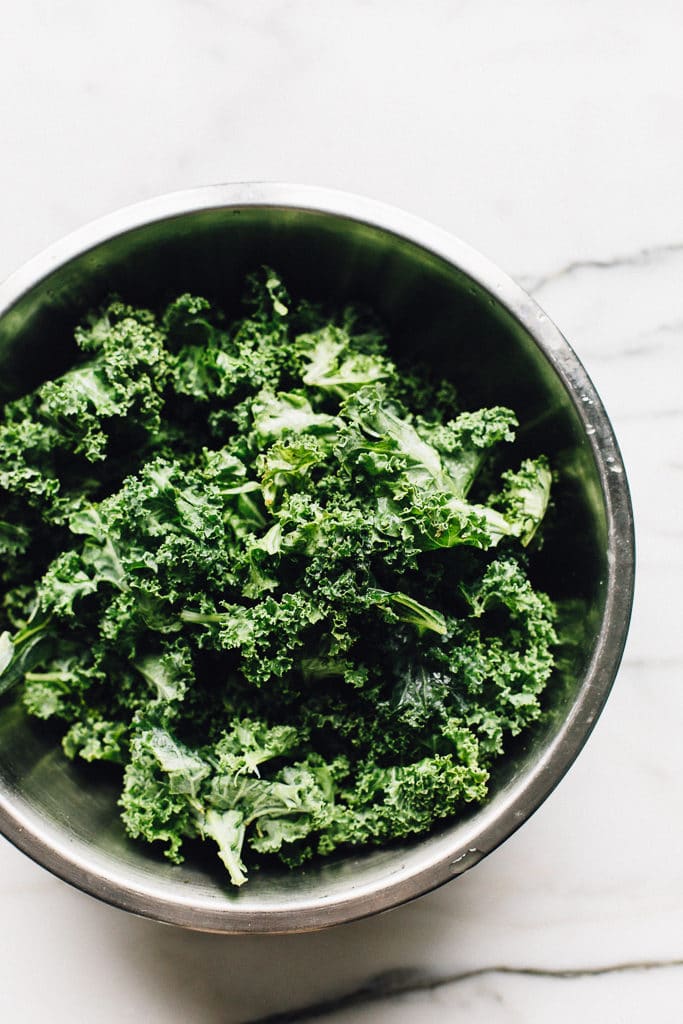 Step #2| Dress it well. Kale isn't the time nor the place for skimpy, wimpy dressings; I'm looking at you, fat-free [fill in the blank]. Healthy fat + an acid + a touch of sweetness if needed + herbs/garlic/seasoning + salt = a proper dressing in general, but especially for kale salad.

In this case, hemp seeds are blended with nutritional yeast, garlic, lemon juice, acv, dijon, sea salt, and black pepper to create a rich and creamy caesar dressing that gets poured over all that squeaky-clean kale. 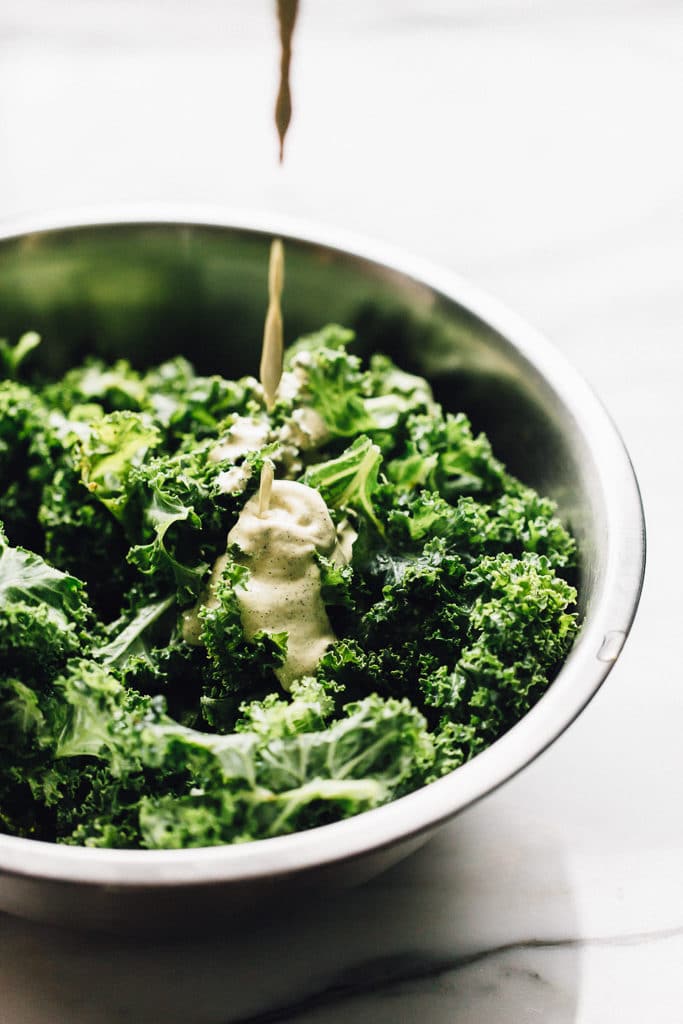 Step #3| This is where the kale magic happens. Roll up your sleeves, get your hands in that bowl, and massage the dressing into the kale for at least 2 minutes. The acidity of the dressing combined with a Popeye-strength massage breaks down the tough, chewy, and fibrous walls of the kale. In this case, wilted and withered is a desirable look -- it means you've infused your kale with love and lots of flavor. 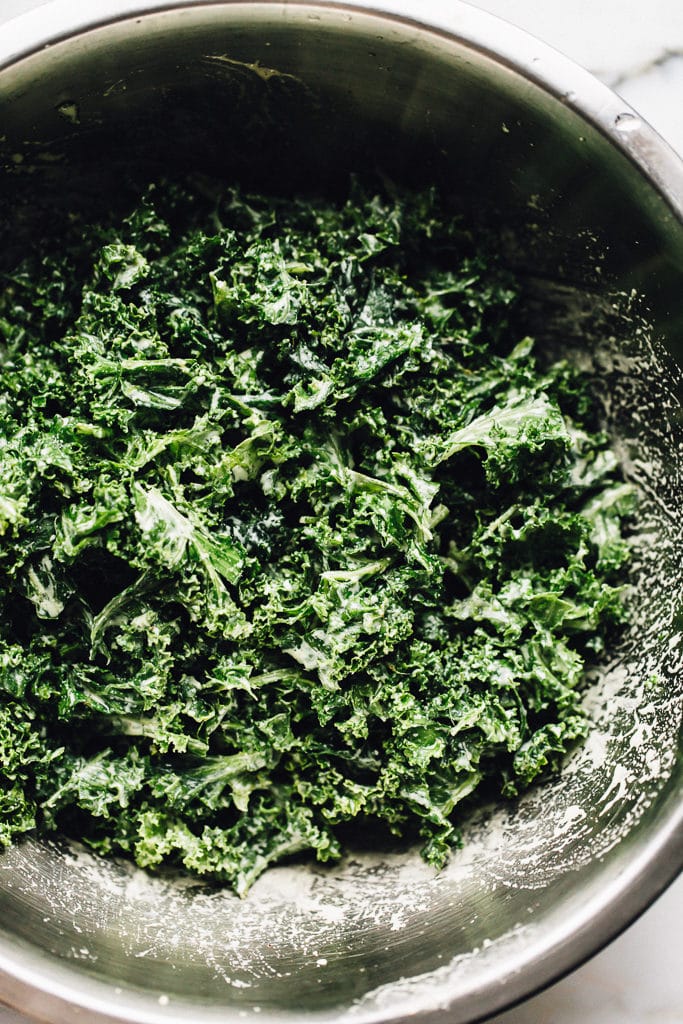 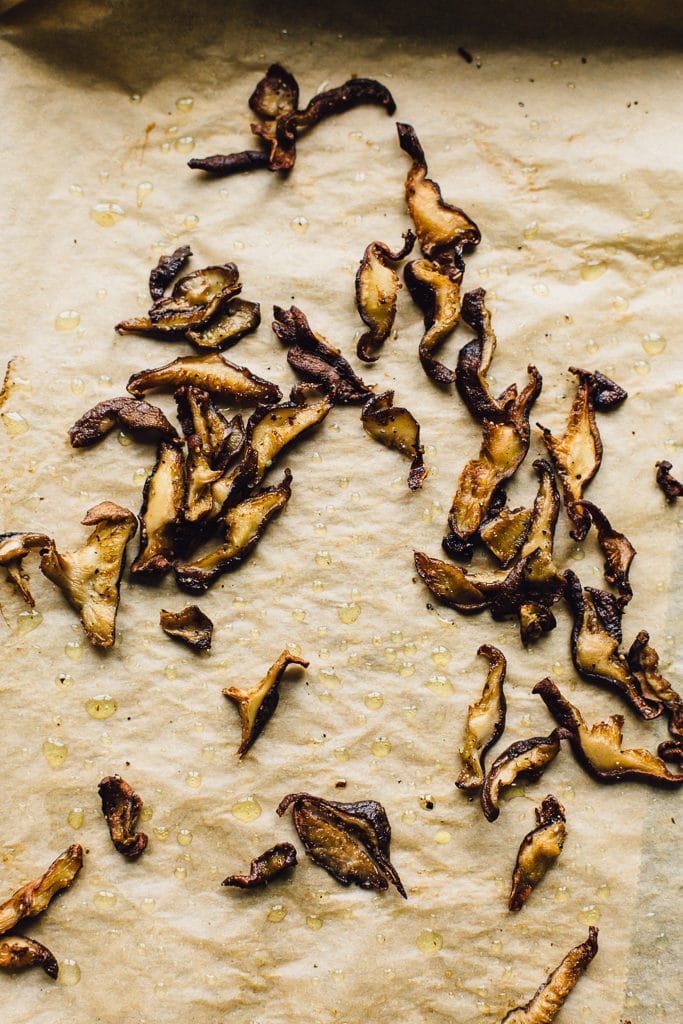 There you have it, 4 steps to transform a kale salad into something crave-able, glamorous, and satisfying.

This vegan marinated kale caesar salad with shiitake bacon is also great for the holidays thanks to its red and green hues. Plus, that creamy caesar dressing and crispy shiitake bacon? No crowd can resist.

Just make sure you wash that kale ;) 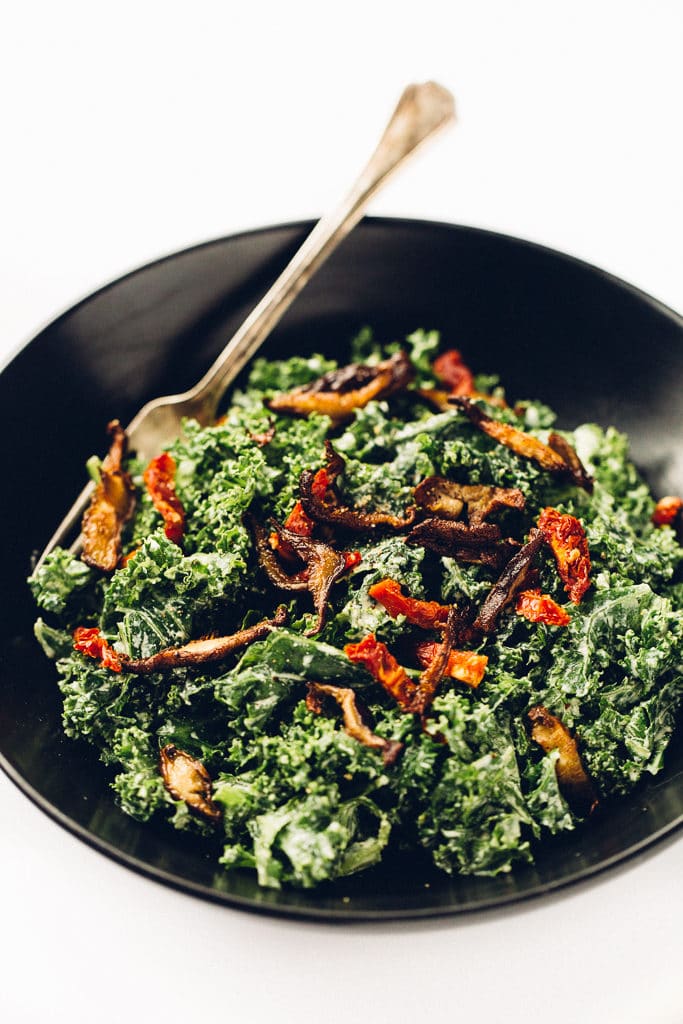 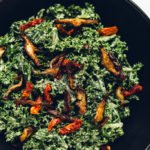 This vegan marinated kale caesar salad with crispy shiitake bacon is just as satisfying and savory as it is nourishing. The key to transforming kale from drab to fab is to massage the dressing into it for several minutes, or until its fibrous exterior gives way and begins to tenderize. In this case, an ultra creamy hemp seed caesar dressing is massaged into shredded kale until the kale. The finishing touch? A sprinkling of crisp shiitake bacon.
Course Salad
Prep Time 10 minutes
Cook Time 25 minutes
Total Time 35 minutes
Servings 2 to 4