These protein-packed vegan black bean balls are served with a mayo-like avocado-cilantro cream! 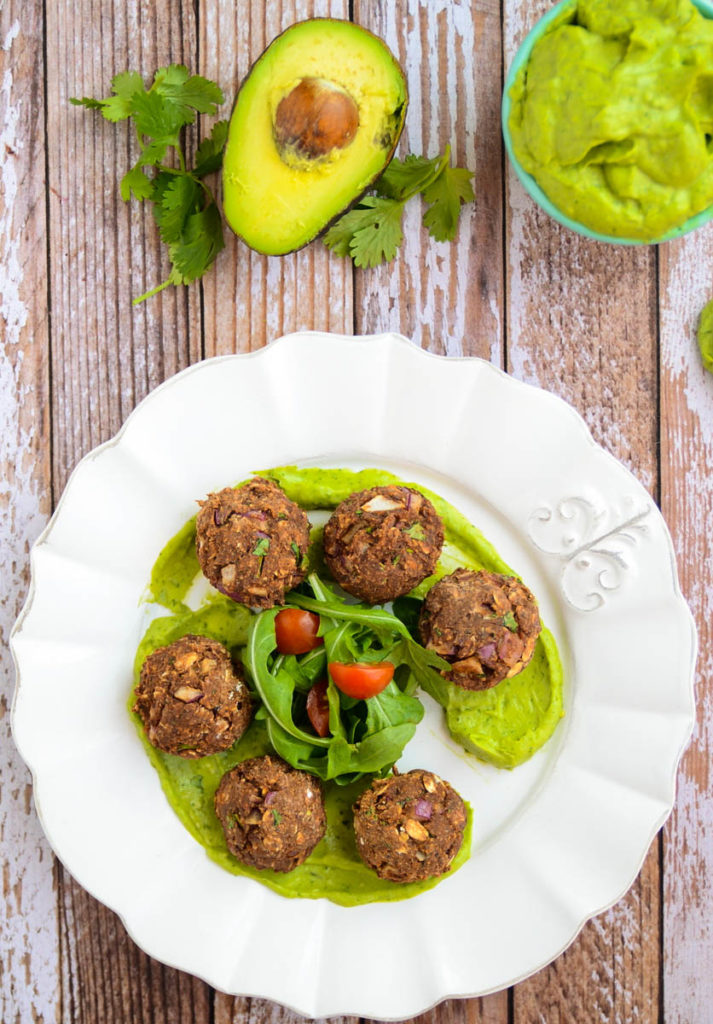 A busy week calls for simple and delicious food, and that's just what these little black bean balls are.

Black beans, chia seeds, oat flour, and a whole lot of spices are tossed into a food processor and processed into a thick mixture. Red onion, garlic, cilantro, lime juice, and oats are then folded in, and the mixture is rolled into balls and baked.

These balls are so tasty (release your giggles because there's really no better or more appropriate way to describe this dish), but the avocado-cilantro cream will melt your heart. It's so incredibly flavorful and delicious. It even holds its bright green color for a couple of days thanks to all of the fresh lime juice. I mean, who wants a big smear of brown avocado-cilantro cream? Not I.

I love this recipe because it's super simple and also very versatile.

You can enjoy the black bean balls dressed simply on a plate, nestled into pita bread with the avocado cream and other veggies, or even tossed on top of a salad to add an extra boost of fiber and protein. The options are limitless and lovely.

To make these vegan black bean balls, you'll add the following to a food processor: black beans, chia seeds, a bit of water, oat flour, and spices. Process the mixture until a thick paste forms.

Then, transfer to a large mixing bowl and stir in garlic, red onion, cilantro, oats, and lime juice.

Lightly grease your hands and then scoop out two-tablespoon mounds of the black bean mixture. Roll each mound into a ball and transfer to a lined baking pan. You'll end up with around 20 to 25 black bean balls.

Bake the black bean balls for 20 minutes, or until they're just barely turning golden. There's no need to flip these halfway through, so they're totally hands-off once they're in the oven.

While they're baking, prepare the avocado-cilantro cream. Add two ripe avocados to a food processor along with cilantro, lime juice, and sea salt. Process for a few minutes, or until completely smooth. The consistency will be similar to mayonnaise. 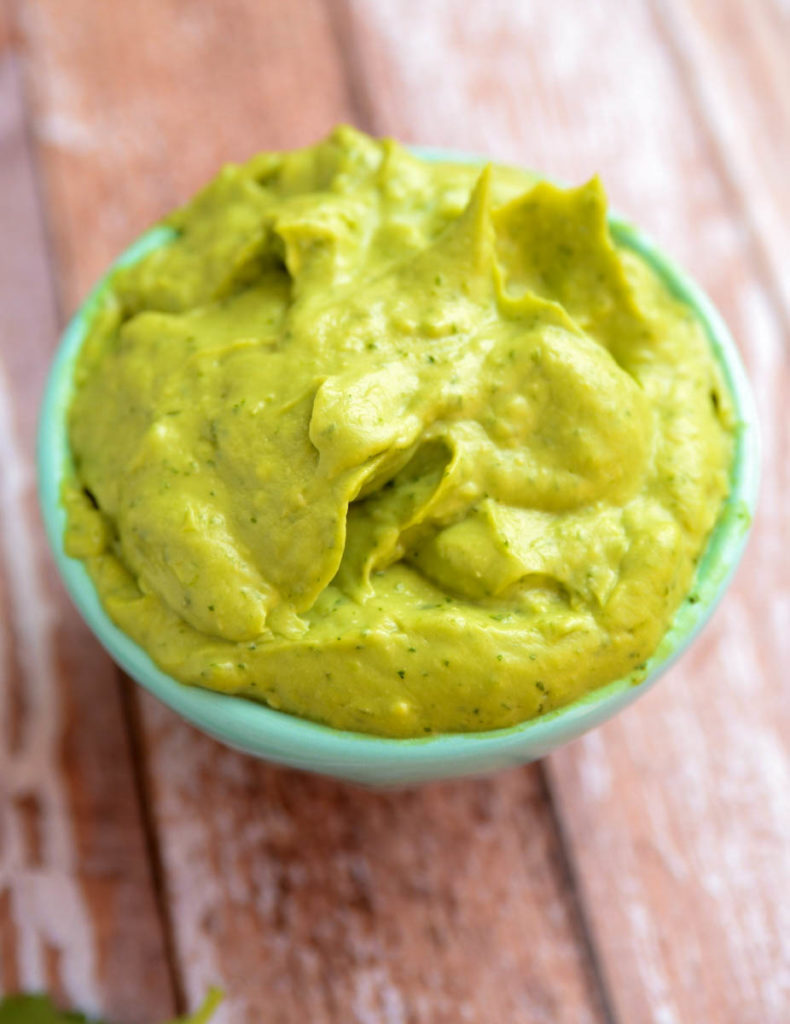 Serve the black bean balls over a smear of avocado cream or tuck them into pita pockets with a bit of arugula for a portable, handheld option. 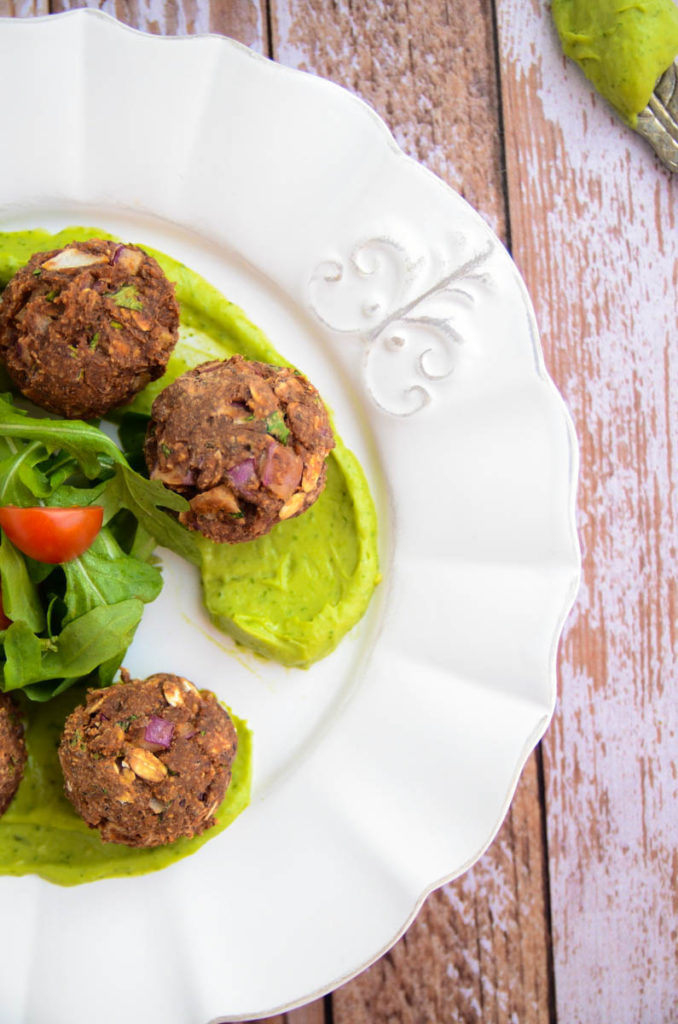 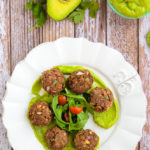