You are here Home » Adventures in Juice Cleansing

Yes, I jumped on the bandwagon and did a juice cleanse. Release your judgments, good or bad, and indulge my perceived slip of sanity by reading a bit further. 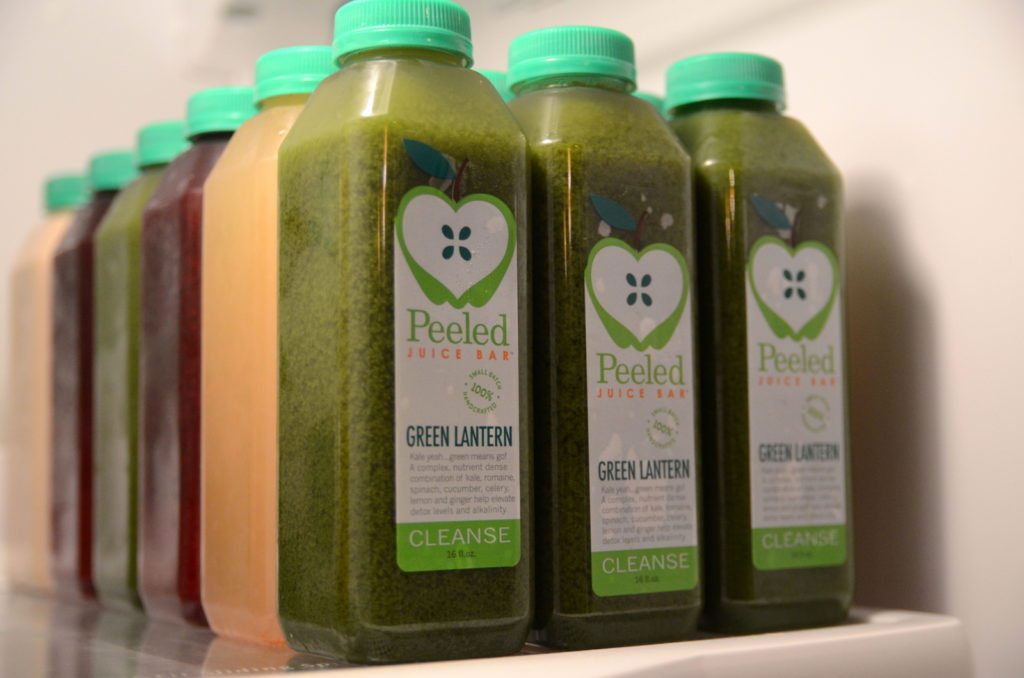 There has been so much buzz about juice cleanses over the past few years. Blue Print. Urban Remedy. The Master Cleanse. Cleanses are all the rage. I think some people engage in a juice cleanse to detox and hit the "reset" button, others likely do it because they hope to lose weight (you won't lose anything but water weight, by the way, as you are consuming a pretty sufficient amount of calories via juice), and a third category of people are probably only juice cleansing because juice cleansing is currently chic. I'll come back to that third path of logic but first onto the why and how of my experience...

For the past couple of months my body was just feeling "off" in quite a few ways. I'm guessing it didn't help that I wasn't able to workout for most of the summer and there were plenty of indulgent dinners and vacations. My body had come to expect inconsistencies and gave me inconsistent performance in return. Despite getting back to my normal workout routine and schedule at the start of a new school year, my body still seemed to overreact to everything. I would become super sleepy after lunch, have stomach pains keeping me up at night, and wake up feeling refreshed some days and exhausted others.

It seemed like everywhere I turned, someone was trying out a juice cleanse. Even one of my favorite bloggers, Averie Sunshine, was doing it. Her experience was the one that really convinced me to give it a try to see if I could hit the reset button on my body. So I did.

Peeled Chicago has a Groupon deal for a 3-day juice cleanse for $97. If you've researched juice cleanse prices, this is an absolute deal. Blue Print will easily set you back upwards of $200 and that doesn't even include shipping. I jumped on the Groupon deal and scheduled my cleanse with Peeled. I made sure to pick three days that Dan and I had nothing going on at night; no sense in providing additional pain and temptation by going out to dinners where I wouldn't be able to partake in the fun.

I picked up the three-days worth of plant-based juices this past Sunday and started the cleanse on Monday. I actually documented the juice-by-juice thoughts/feelings/behaviors on that first day, but I won't bore you with the details. Instead, I'll just share some of the thoughts I jotted down on that first day (in chronological order):

I feel like a kid on Christmas morning waking up for this juice cleanse; I'm so excited. This is going to be a great week, I can feel it. I love life. Oh man, this Green Lantern juice tastes like lemon-covered rotting grass. Why are these students eating french fries, don't they know I'm on a juice cleanse? That crumpled up piece of foil on the floor makes me crave brownies. I have a headache... likely due to a lack of caffeine or the total loss of my sanity. I thought I was supposed to feel chic and composed doing this; this is the bitchiest I've felt since I was 14 and I'm pretty sure my composure is rotting in the same field of grass used to make this Green Lantern juice. I hate this juice cleanse. I've lost it. I need to chew something... anything. This Maroon 5 juice is definitely not as tasty as Adam Levine. I'm exhausted.

Needless to say, Day 1 was a bit of a roller coaster. Despite all of that, my stomach felt better than it had in months and I slept like a baby that night. I did, however, have a dream about eating small bites off of a giant, walking french fry. Freud would have had a field day with that one.

Day two brought with it a renewed sense of energy and purpose. As the day wore on, my cravings for solid food vanished and I felt like energy was radiating from my body. I began to feel more lively, happy, and productive. My body felt content.

By day three, I was the most energetic, upbeat, happy, productive, inspired, and optimistic I have felt in maybe forever. I finished more in one day at work than I normally do in two days. Cognitively, I felt clearer, quicker, and more creative. Physically, I felt completely refreshed and renewed. When I got home, I prepared breakfast for the next day to "break my fast" and then sat down to write blog recipes. I normally brainstorm a few recipes at a time because that's all I can come up with in one sitting but on Wednesday night I came up with over 20 blog recipes in one sitting. I was kind of shocked that drinking juice and allowing my body to cleanse itself could make such a difference in the way I felt and functioned. Dan even commented that I seemed to be "radiating positive energy" and my skin was glowing. I'll happily accept those compliments.

I've maintained a vegan diet since the cleanse (you're supposed to strive for that for a few days), and in general I feel much more mindful about what I'm putting into my body. In the body image group one of my coworkers and I facilitate, we're always talking about intuitive eating; that ability to attend to what you are physiologically experiencing and respond appropriately with nourishment. Under eating and over eating are both problematic for many reasons, so it's so important to listen to the signals your body is sending. Something about the juice cleanse allowed me to reconnect with those signals, and it feels really good.

To recap the pros and cons...

1| Gave my body a break from digesting food so it could focus on healing deeper damage.

2| Renewed sense of energy and purpose.

2| Some of the juices were very hard to stomach at first, but they did get better with time.